A SINGLE woman has quit Tinder, claiming the dating app won't verify her because she can't straighten her hands.

Jenny Cavallero wanted to get a tick next to her profile, to show she's a real person and not a bot, but struggled with the app's system due to her disability. 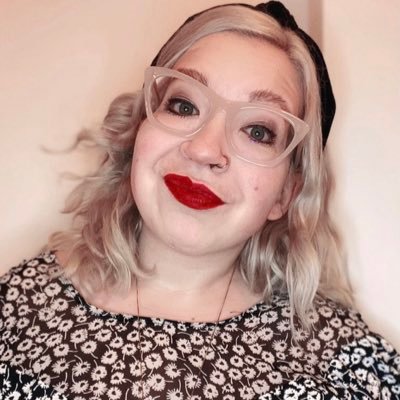 The writer, librarian and comedian was told Tinder couldn't match her to the photo shown on screen, and says there needs to be a better system in place for people who can't do the hand placement requested.

Jenny, from Washington, US, emailed the support team to ask for help on November 27, and says she waited until this week for a reply, before being told there was nothing Tinder could do.

Tweeting about the ordeal, she said: "Deleting my @Tinder for good today.

"I reached out to their support team after I was unable to verify my profile (a safety feature) because their photo process is ableist (requires posing of hands in straight lines around the face in a position my hands do not allow).

"I explained my problem in a support request and was told after a months long wait that they couldn't alter this process or verify me manually.

"Why include safety features that exclude those with certain disabilities? We deserve safety too.

"Anyway, someone can just fall in love with me on here if they want, I'm nice and always have multiple beverage options.

"These are the required poses for verification, if you were curious. Thought about having my roommate pose her arms around me, but why should I have to go to those lengths?"

Jenny told Metro: "I posted about it mainly out of frustration, because little acts of ableism add up and make me exhausted.

"I wanted to call attention to it because Tinder touts it as a safety feature, but the way it’s currently designed excludes certain people from using it.

"I don’t want other people to have this same experience. Dating is hard enough when you have a disability, these apps shouldn’t be adding to the problem.

"People have been really supportive since I posted it, from a user-experience perspective, and as a disability rights issue."

Tinder said that they are continually working to improve users’ experiences with the app.

A spokesman told Metro.co.uk: "We’re so sorry to hear anyone has had a difficult experience with our Photo Verification feature, and believe that verification should be as accessible as possible to everyone.

"We are in contact with anyone who has reached out with this experience and are working with them to verify their accounts."