NAVIGATING your way through dating apps can be a tiring task – especially when you put yourself out there only to be trolled in return.

One woman was left mortified when she sent a guy she matched with on Bumble a message and received a reply fat-shaming her in return. 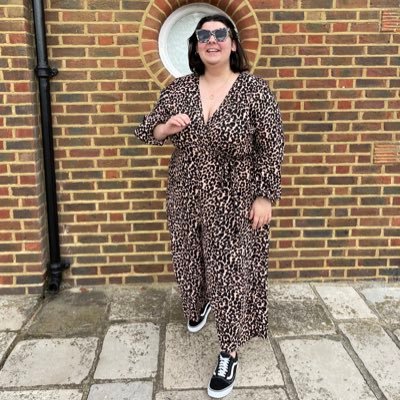 Bumble sees girls messaging the guy first to start a conversation and Florence Simpson shared the cruel exchange she had with one guy on social media, after he was rude to her.

Opening up the exchange, she used the question she swears by for a conversation starter – revealing that it previously gets "hilarious" responses from matches.

It read: "Okay, picture this. You're off to big Tesco & ask if I want anything. I say 'surprise me'. What are you bringing home?"

It's fair to say she definitely wasn't expecting the reply she got, with the bloke thinking he was being funny by responding: "Slimfast." 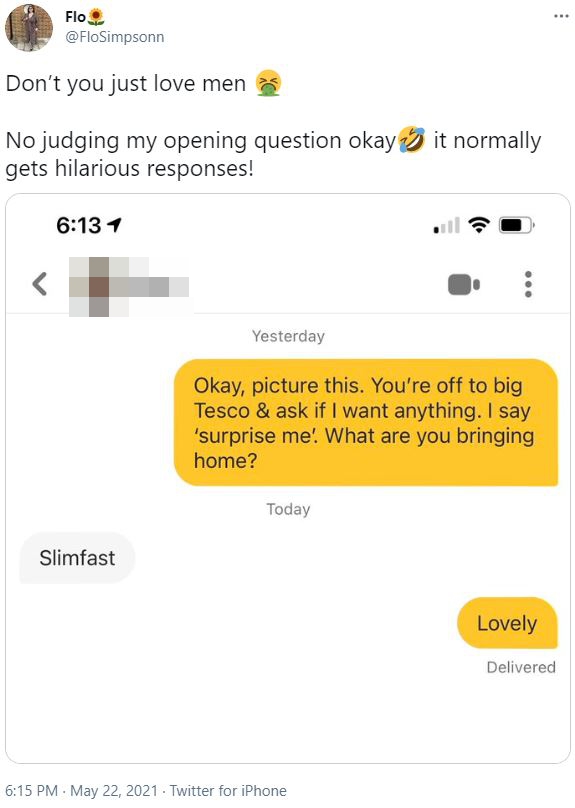 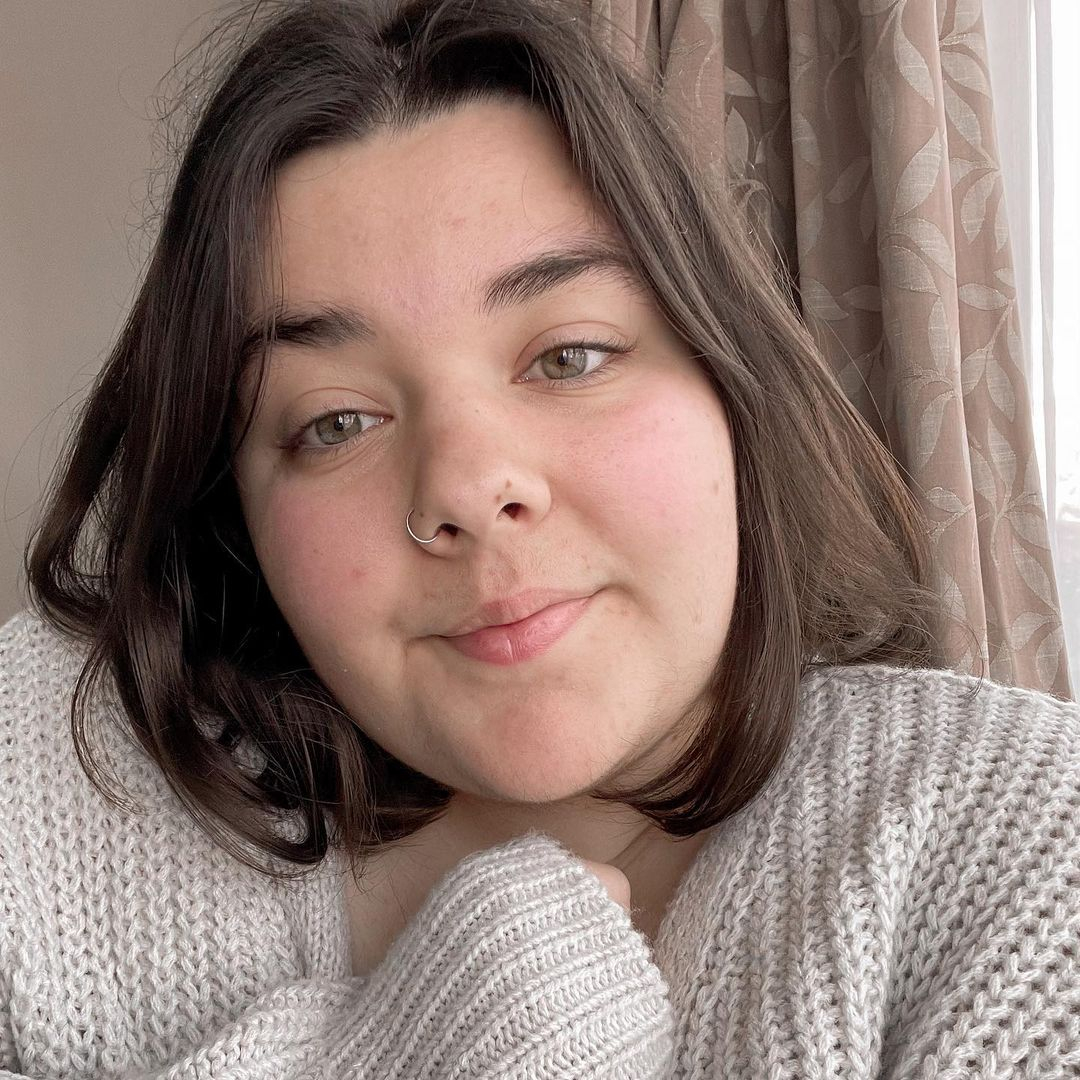 Shutting down the conversation, Flo replied: "Lovely," and later called out her match on Twitter.

Sharing a screenshot of their exchange, she vented: "Don’t you just love men. No judging my opening question okay, it normally gets hilarious responses!"

"I do not care if he doesn’t find my body type attractive. I care that he consciously chose to match with me just to be rude to me."

Her tweet has since gone viral on Twitter, with over 29k liking her post and hundreds commenting, throwing their support behind Flo while sharing their disapproval of the guy's reply.

"He’s not even worth a trip to big Tesco. More like a little Lidl or something," one person joked.

It led to some women sharing their own dating horror stories, with one girl revealing: "I matched with a guy, started chatting, he asked me to go for a coffee and then made a fat joke about me to my face. As if he didn’t know what I looked like when he asked me out. It’s honestly baffling."

For more dating fails, one woman shared her epic Tinder disaster after date made her sit through meal with his MUM.

Plus, this lad ‘tired of being single’ was called ‘evil’ for revealing plan to split up his loved-up mates and their girlfriends.

And a man claims his girlfriend was on Tinder while in BED with him… and he caught her after the app reflected in her eyes.