Since her tenure on “The View” in the early 2000s, Star Jones has rarely been out of the public eye. At 58, Ms. Jones, a lawyer, novelist, television personality, producer and social activist, has embarked on a new chapter in her multidimensional career.

Named this month as the executive editor of the Marquis Who’s Who Maker’s Lists — this will be a new online directory of American movers and shakers that is more nimble than the company’s print productions — Ms. Jones plans to flick the dust off this venerable archive and give it a relevant spin. Here, she talks about her new gig, her pandemic life and the dangers of oversharing.

Your appointment as an African-American on the “Who’s Who” editorial board is being hailed as a landmark. What does that mean to you personally?

What makes this exciting for me is that rarely do you see an African-American taking on a leadership role in identifying who is influencing American society — who the thought leaders are.

Until fairly recently the “Who’s Who” was largely viewed as an old-boy club, its content largely focused on the successes of a white male establishment. Are you aiming to change that perception?

Our focus is on diversity, equity and inclusion, but not only in terms of race. We are thinking not just of Black, white, Latin and Asian communities, but also about L.G.B.T. communities, about people who are differently abled or disabled, people who have been veterans, and especially women — the largest of those communities.

I like to say, “If you want to see the world as diverse, then stop fishing from the same pond. If you don’t want to eat salmon every day, go where there are some beautiful trout.” 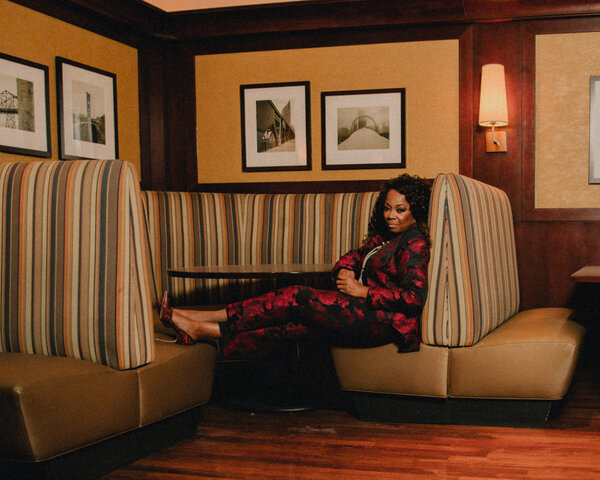 Who will do the fishing?

We have a 10- or 12-member selection committee. People’s backgrounds are reflective of the kinds of folks we want to see on the list. Our members read different things, come from diverse political backgrounds, get their news from different sources and follow different social media influencers. My job, with our chief executive Erica Lee, is to make sure that the people doing the selecting are selecting from a bigger pool.

No matter the process, the notion persists that the “Who’s Who” is a dinosaur from the age of print. How are you planning to counter that?

Bound volumes of the “Who’s Who” and yearly editions have been in American libraries for more than 120 years and still are very much in place. But the Marquis moved into the digital space several years ago. The idea is to make sure that it stays a part of the conversation. That’s one reason we introduced the Maker’s Lists.

Tell us about the Maker’s Lists?

These are digital directories, living lists of professional achievers. They will consist of written biographies, some of them supplemented with video interviews. Because the lists are digital, they can change with the times and the conversation.

Who makes the cut?

We’ve had — and I’m trying to put this as delicately as possible — a rough few years. American excellence has not always been highlighted in a way that we can cheer. So we are saying, “Let’s put a spotlight on Americans who have been change agents for us.” We want to list people who impact society in a positive way.

One of the listees happens to be Alexander Butterfield. He became deputy assistant to the President during the Nixon administration. He installed, and later revealed, the secret taping system in the Nixon White House. I got to actually ask him, “Mr. Butterfield did you know what you had way before the rest of the world did?” It’s fascinating to be able to talk to someone who clearly has had an impact on history.

Has the pandemic slowed you down?

At the start, I was deluded into a false sense of security. In February of last year, I took a cruise with my family to benefit the American Heart Association. We finished in Florida. We got off the ship on March 1 and that day I flew to New York to open the United Nations International Women’s month. When I got back to Chicago on March 9, I asked my husband, Ricardo Lugo, “What’s all of this Covid talk?” Three days later the whole country shut down.

Where have you been sheltering?

We live in a condo near the University of Illinois at Chicago. Early on, I never left the house, except once a week to get in the car with my husband just to get some fresh air. Then in June, I bubble wrapped myself to fly east to our house in Long Island, but now we’re back in Chicago.

It seems you haven’t stopped working.

I became the Zoom queen. I was very active in the Biden-Harris campaign. Vice President Harris and I were sorority sisters; we have known each other over 30 years. I organized African-American women across the nation to do fund-raising events to support the candidates.

I hosted Covid town halls and forums. I worked with Dr. Patrice Harris, the former president of American Medical Association, to make sure African-Americans were aware of the risks of the pandemic.

You’ve had your own serious health issues.

Eleven years ago, I had open-heart surgery. I am a member of vulnerable population. I need to be very mindful of my health. In 2003, I weighed 307 pounds. I had weight loss surgery and over the course of two years lost 160 pounds. I’ve kept most of that off.

During your time on “The View,” you shared plenty of details about your first wedding, but did not tell viewers about your weight loss surgery. Some were riled. Do you regret that?

I had a job that exposed so much of my private life. I made my choices; they were not always the best choices. Looking back, I understand that it’s very difficult when you invite someone into your house to tell them to get the hell out. If I had to do it all over again, I would have been more circumspect, more private and a lot more discreet.

Oversharing not only can put you in physical danger but emotional danger also. I don’t think you owe anybody the ability to hurt you. You have to be able to control your own narrative.

This interview has been edited.