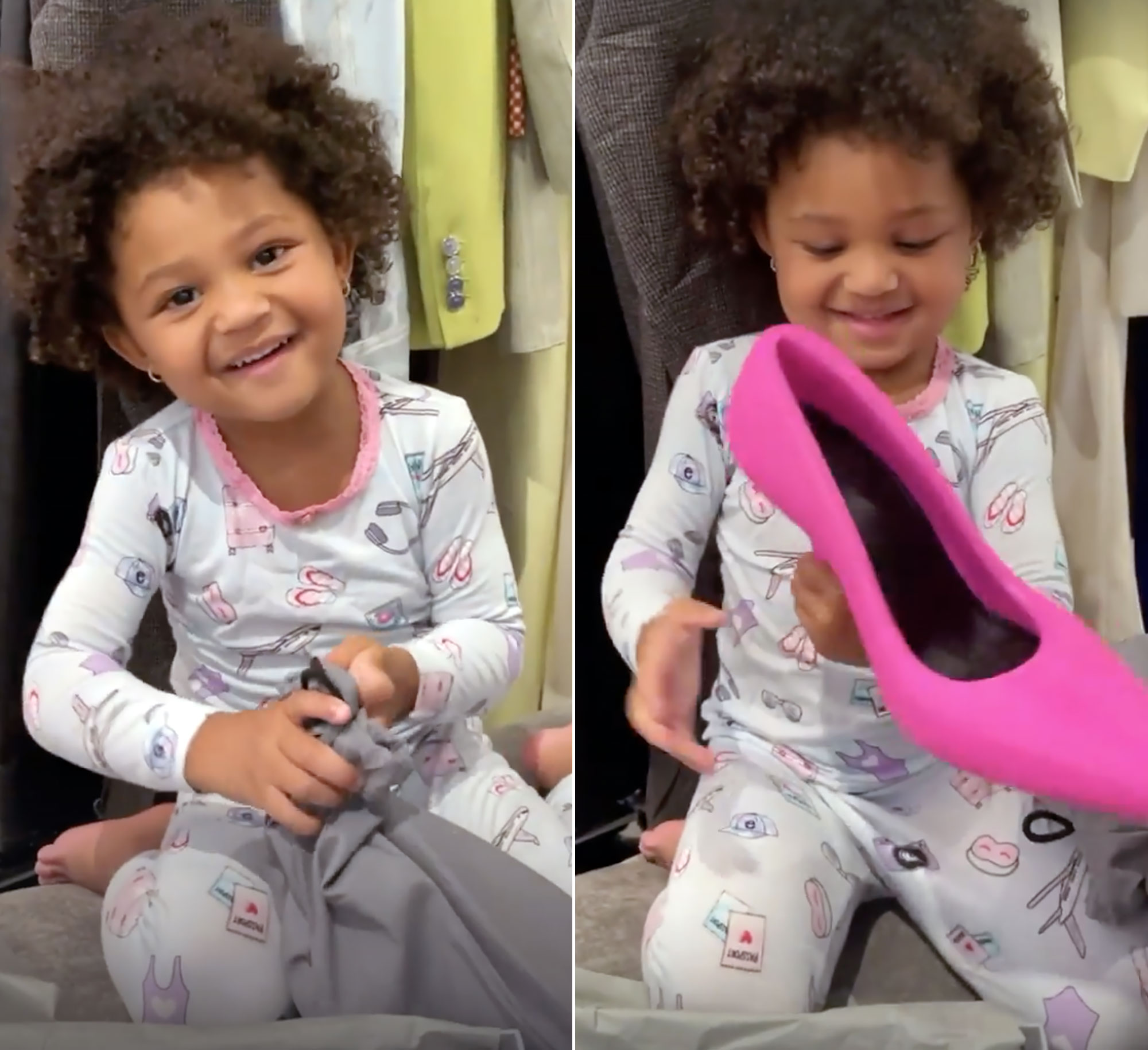 The ultimate assistant! Stormi Webster is a street style icon, so it makes sense that mom Kylie Jenner would want her help unboxing a designer gift.

Kylie Jenner Is One With the Beach in Sand-Color Cover-Up, Ocean Blue Belt

After a Balenciaga package arrived, the 23-year-old Kylie Skin founder called upon her daughter to open the fashion forward present, sharing the entire process via Instagram Stories on Monday, June 7.

Of course, Jenner did the heavy lifting. She opened up the box and presented her daughter, who she shares with Travis Scott, with two duster bags.

At first glance, Webster knew she was dealing with some stylish shoes. She peaked inside and let out the cutest gasp. While she initially “can’t get this shoe out,” Jenner swooped in to save the day.

Once released from the drawstring bag, Webster and the Keeping Up With the Kardashians star admired the Balenciaga pink pumps, which retail for approximately $3,250, in all their glory.

Jenner said, “What? New pumps!” Her little one was equally as excited, laughing as she slips the sole of the shoe onto her hand. But, the little one didn’t have time to waste — oh no. She told her mom: “I want to try the other one and see if it’s pink, or blue or green.” 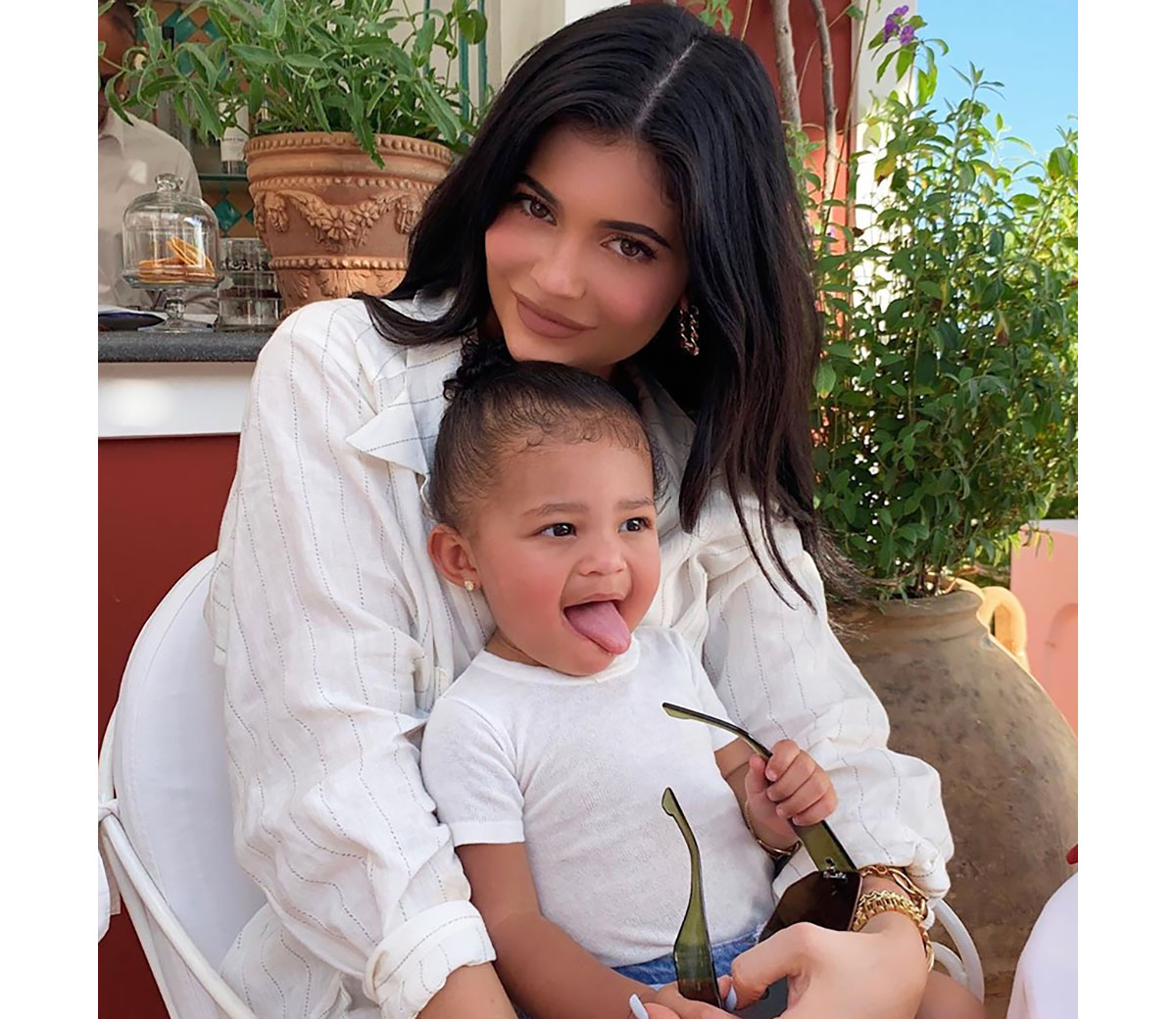 While the Kylie Cosmetics founder correctly placed her bet on a pink pair, Webster firmly believed the shoes were going to be purple — even after taking a peak!

To be fair, mismatched shoes are all the rage right now. In fact, Dorit Kemsley rocked the trend last month, wearing a pink Louboutin pump with a yellow Gianvito Rossi heel on the other foot.

With both shoes on full display, Jenner posed a very important question to her daughter. “Stormi, do you know these are 3D printed?”

Webster, being the brilliant fashion mastermind that she is, responded: “Yea.”

Once her daughter ran away, Jenner then gave a close up the shoes on her Instagram Stories, showing off that her name is engraved on the shoe. She also provided a bit of background on the whole 3D process. 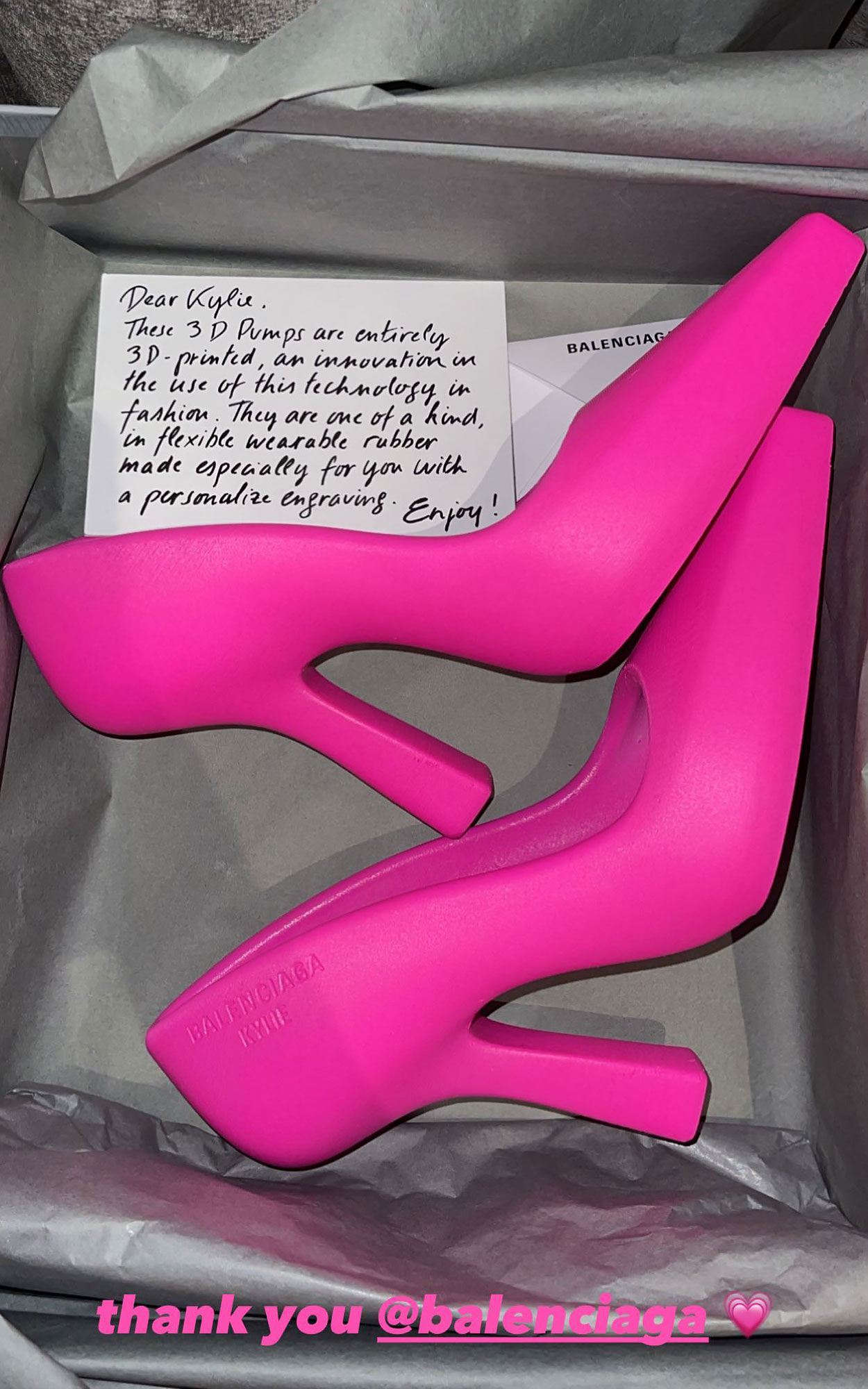 The card from the brand read: “Dear Kylie, These 3D pumps are entirely 3D printed, an innovation in the use of this technology in fashion. These are one of a kind, in flexible wearable rubber made especially for you with personalized engraving. Enjoy!”

Webster isn’t the only toddler to show off their unboxing skills as of late. Last month Gabrielle Union and Dwayne Wade’s daughter Kaavia James put her skills to the test, unwrapping her very own $3,790 Valentino bag.