A STUDENT has revealed how she hid in the boot of a car to catch her "two-faced" friend trying to sleep with her boyfriend.

18-year-old Samantha Grywalsky, from Michigan in the US, was devastated when she found out one of her friends had been sending her 19-year-old boyfriend Jacob, flirty messages over social media. 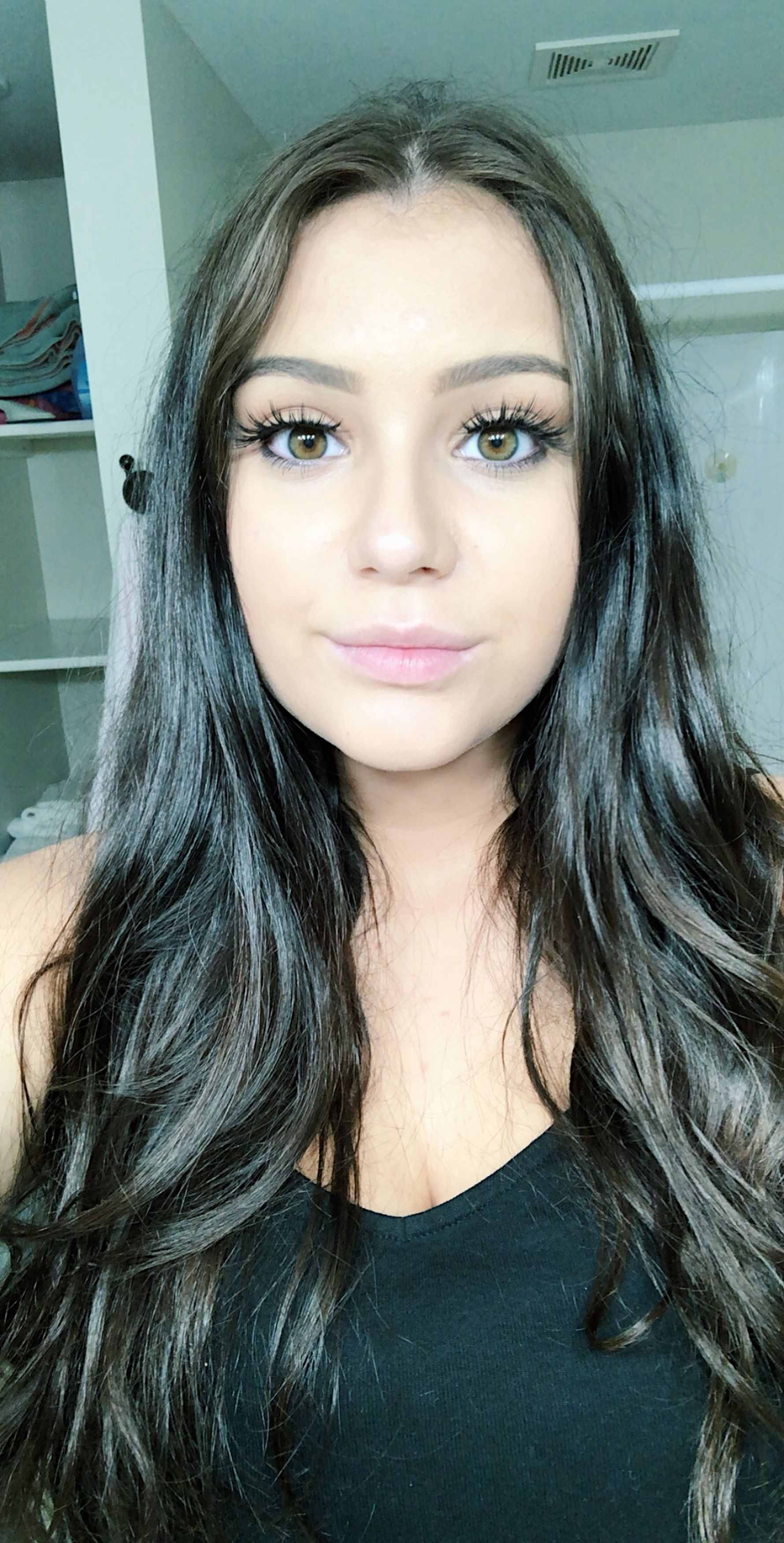 But after the pal reportedly sent Jacob a text message inviting him to pick her up in his car, it was the last straw for Samantha.

Together, the couple hatched a plan for Samantha to hide in the boot of Jacob's car, to see if her friend would actually make a move on her man.

"I wanted to see how far she would take it and what she would do to my boyfriend behind closed doors," said Samantha.

"So my boyfriend offered to put me in the trunk three blocks away and I just got in and he closed me in before pulling into her driveway. 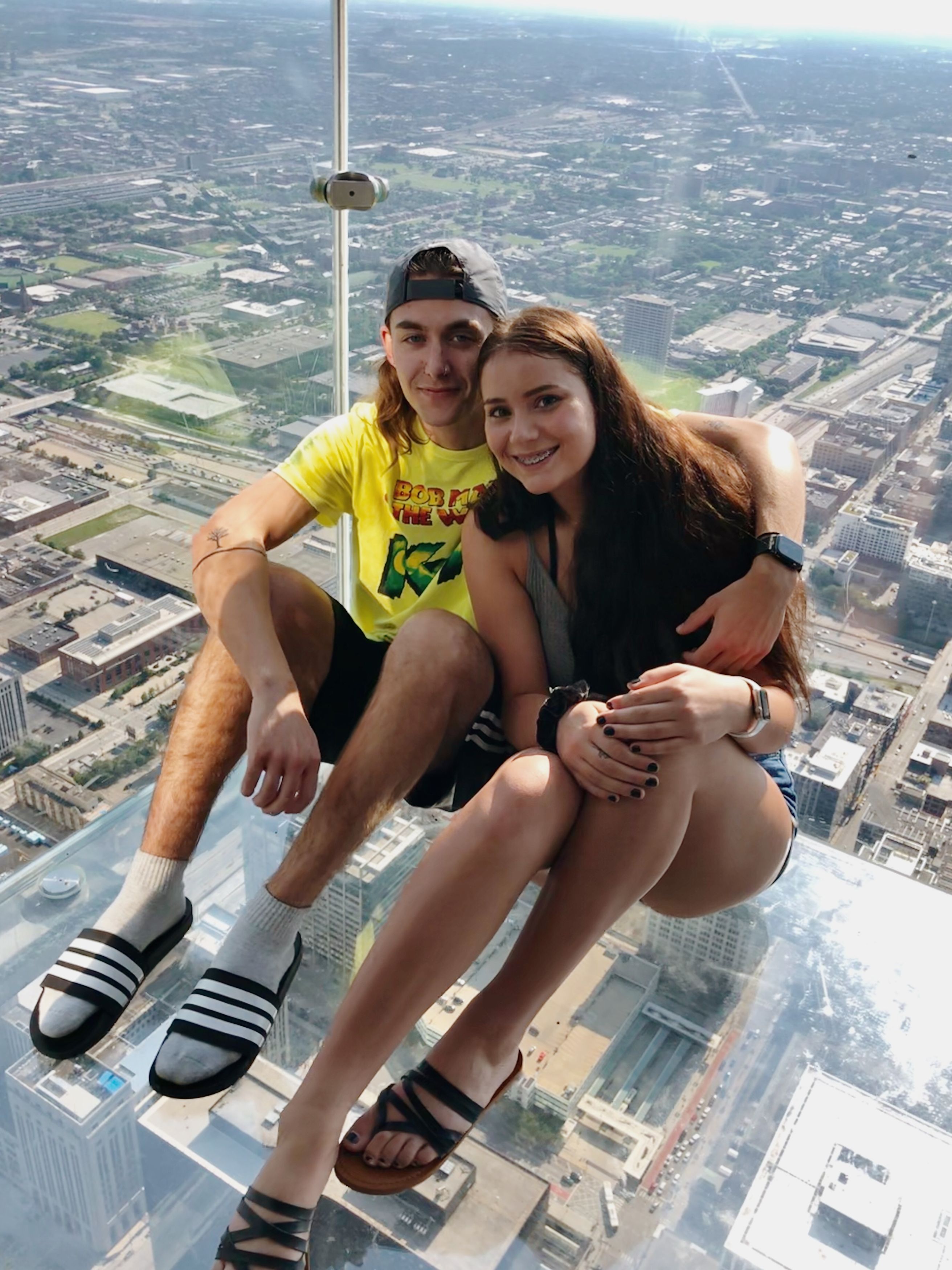 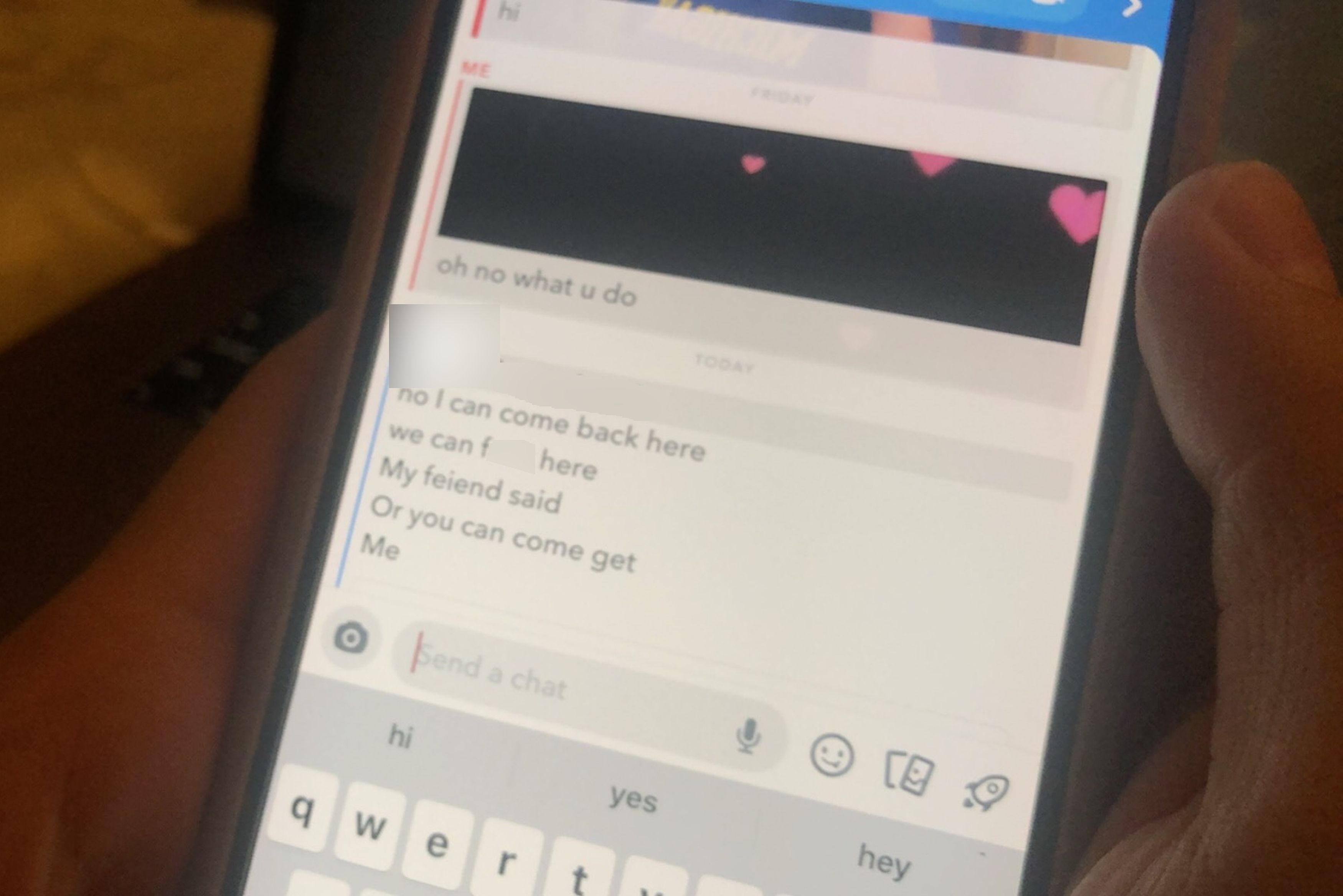 "She got in the car and I was in the boot, but we had cracked the seats [forward] so I could hear a bit. It was a bit muffled.

"I heard the door open and close, and then she shouted 'Jacob'. It sounded to me like she was drunk but I found out later, she was completely sober. I was shocked.

"So my boyfriend was not really feeding into it so much, but was just going, 'oh yeah? Uhuh. What else?'

"[It was] just to try and get more out of her because he knew I was recording the whole thing. 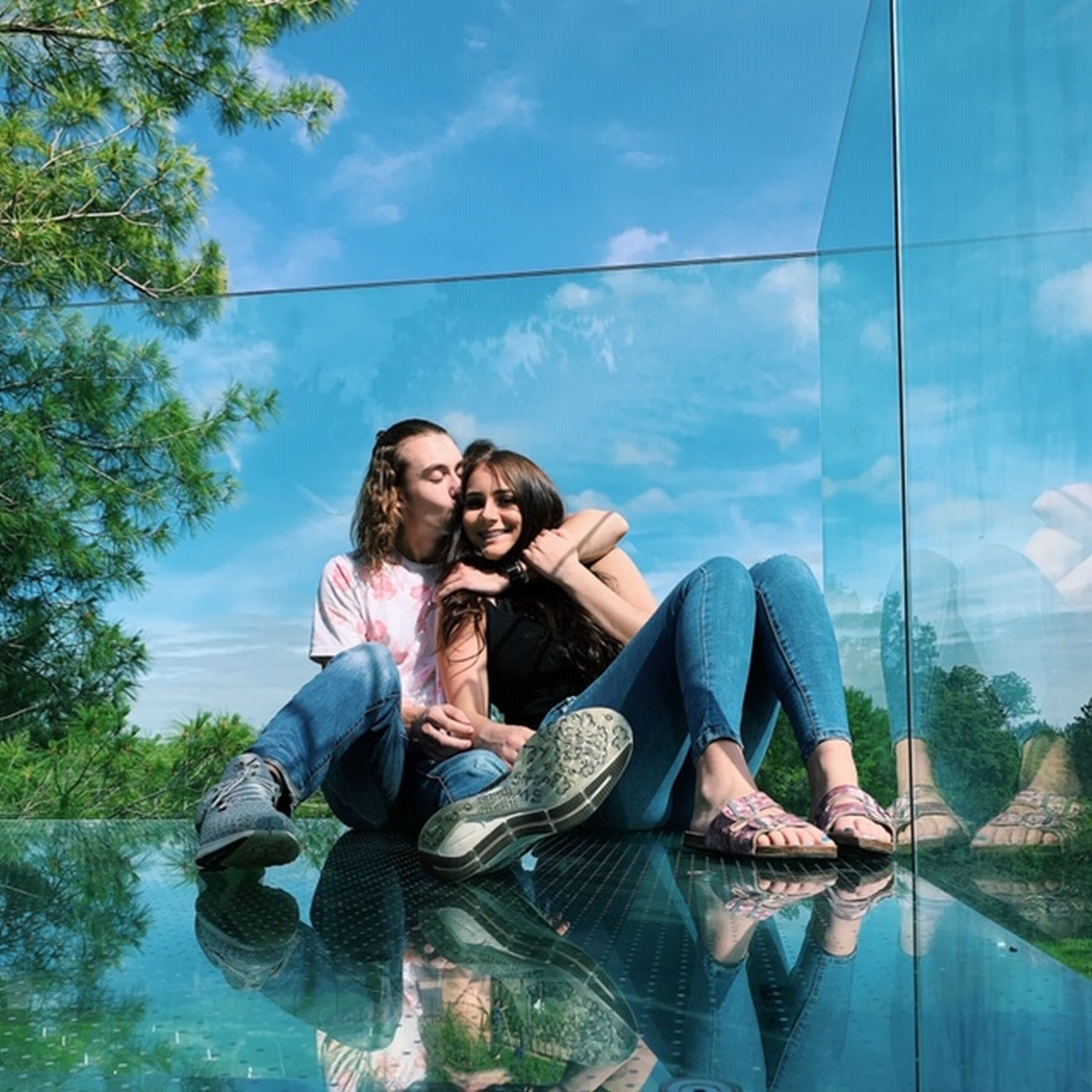 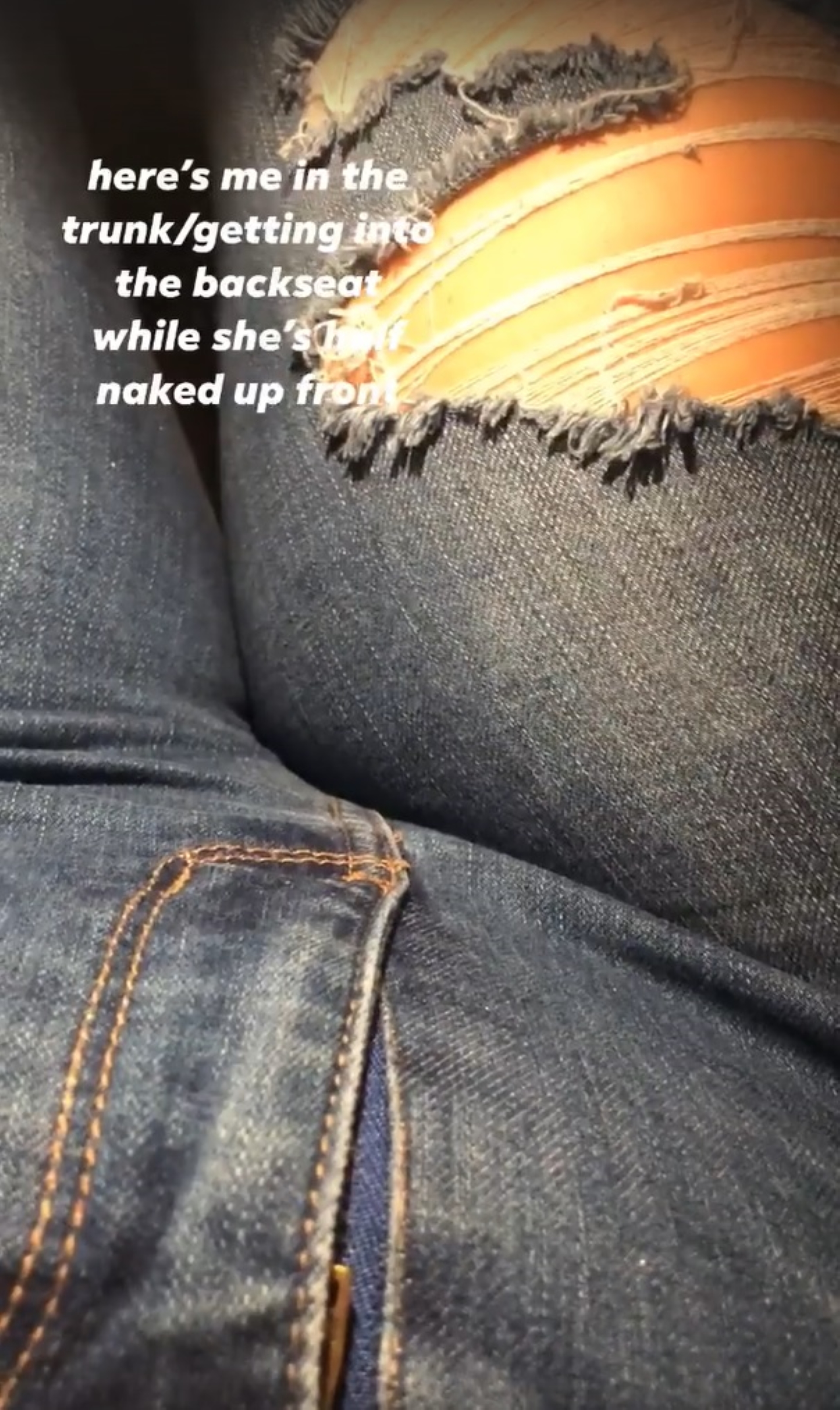 "I got to hear her tell my boyfriend everything she would like to do to him.

"I was thinking, 'no, you've known how this is going to be the whole time, you've practised self-restraint this long, let this play out how it needs to play out.'"

"After he had finished 'rummaging around for his condoms' in the trunk, he opened it enough for me to get out and I got into the back seat.

"It was so funny. She looked like her dog had just ran into the street. It was like a frozen face of shock and she immediately dropped it when I half-smiled at her.

"She said, 'hi Samantha' as if I didn't already know. We were in the parking lot in the middle of the night – where did she think I came from?"

Samantha explained her pal had already pulled her shorts down to her knees by the time she had jumped out of the boot. 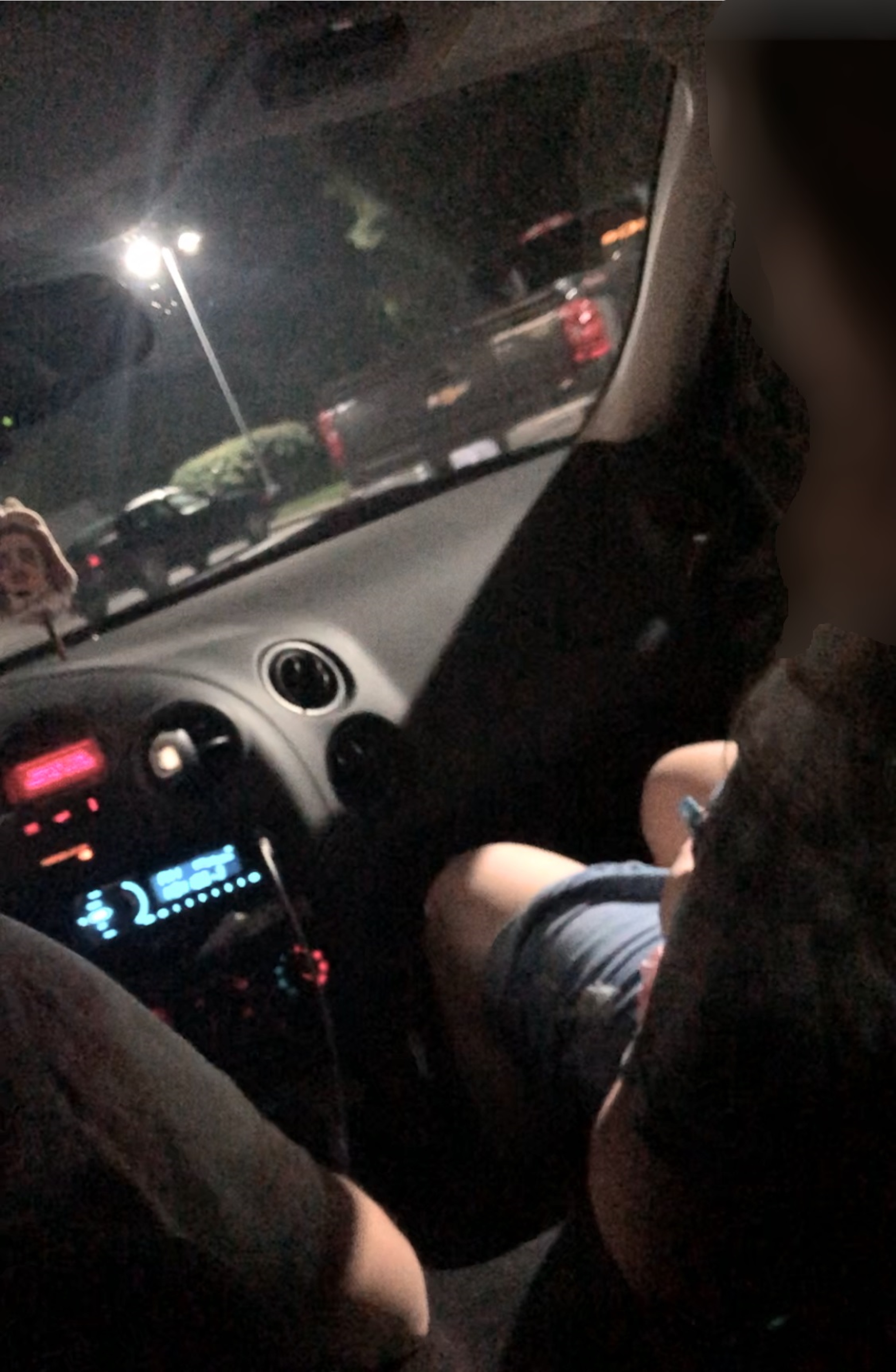 Jacob then drove the pair to McDonald's where Samantha confronted her former friend.

"I said to her, 'What you're doing is really gross and I don't appreciate any of the things you've said to Jacob knowing that not only are we together, but we live together'," explained Samantha.

"'We are very serious and you have completely acted like that's not important and you've put your own wants in front of a friend'.

"She was saying, 'What are you talking about?' I said, 'Are you serious? This is ridiculous.'"

Samantha had become mates with the former pal a year and a half ago as they shared the same mutual friends and found they kept bumping into each other. 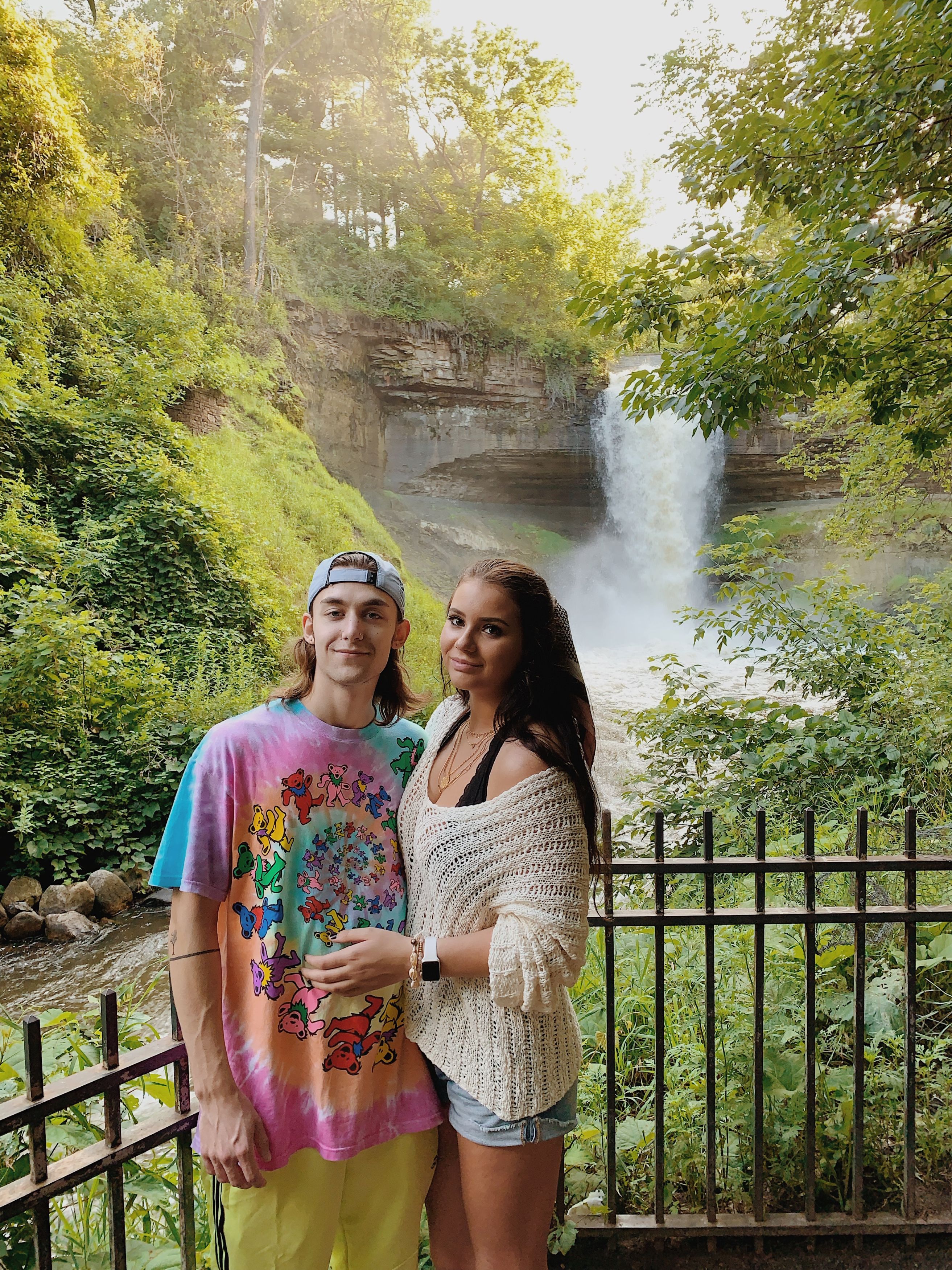 "We ended up spending a lot of time together because our friendship group was the same," she said.

"We would see each other everywhere. We were always at parties together. We had a lot of mutual friends.

"When my boyfriend and I had got together, she made a comment about how cute he was. It was something like, 'good for you, he's so hot'. I just found it a bit weird."

"This is the first time we've had an issue in our relationship, so having him show me the first time it happened right away, and every time after, that she's trying to be in contact with him.

"It really showed me that he's a very honest person. That was a good outcome of the whole situation.

"I'm not a restrictive girlfriend by any means. I don't go through his phone. He has girls who are just friends who I'm completely fine with."

In other relationship news, we told you TODAY is the day your man is most likely to propose… and it’s all thanks to Venus and the sun being in alignment.

We also revealed microcheating is the worrying new dating trend your partner could be guilty of.

And we showed you couples are going quackers for the ‘Sitting Duck’ sex position.