The Hollywood elite crossed the pond to attend the 72nd British Academy Film Awards at London’s Royal Albert Hall on Sunday, February 10 — and they brought their fashion A-game. In their most formal attire, celebs looked as beautiful and fabulous as ever.

The event turned out to be one of the most star-studded award shows of the season. Kate Middleton and Prince William even made an appearance — for the third year in a row — proving it to be a truly distinguished British affair.

Duchess Kate stunned in a white one-shoulder Alexander McQueen gown she accessorized with Jimmy Choo pumps and earrings that Hello reported once belonged to Princess Diana. But she wasn’t the only one to walk in show-stopping style. A-listers looked especially elegant and beautiful at the 2019 BAFTAs while rocking a few trends.

But stars weren’t only in shades of black and white. Tons added a splash of color to the red carpet like Regina King‘s fuchsia Versace gown and Claire Foy‘s forest green Oscar de la Renta dress.

Another major trend we saw at the BAFTAs? Pantsuits. Lots of actresses rocked a pair of pants in such an elevated way that it made us question why we would ever pass them up for ballgowns. Letitia Wright looked totally chic in her all-white Stella McCartney suit and Irina Shayk was sexily polished in her black Burberry suit. Both looks were clean and classy thanks to the sharp tailoring and sleek fit.

Keep scrolling to see all the simple and bold fashion choices at the 2019 BAFAs. 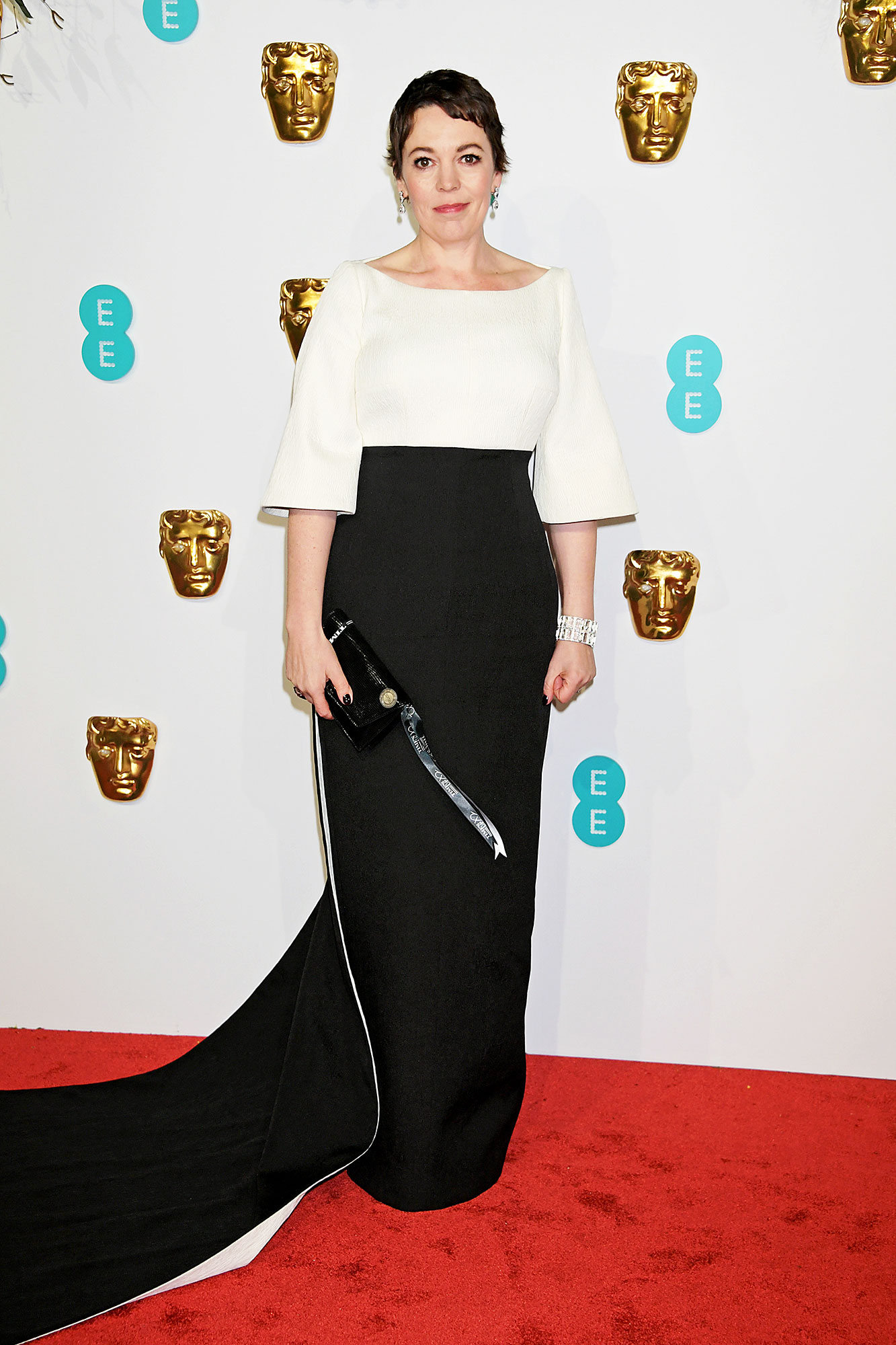 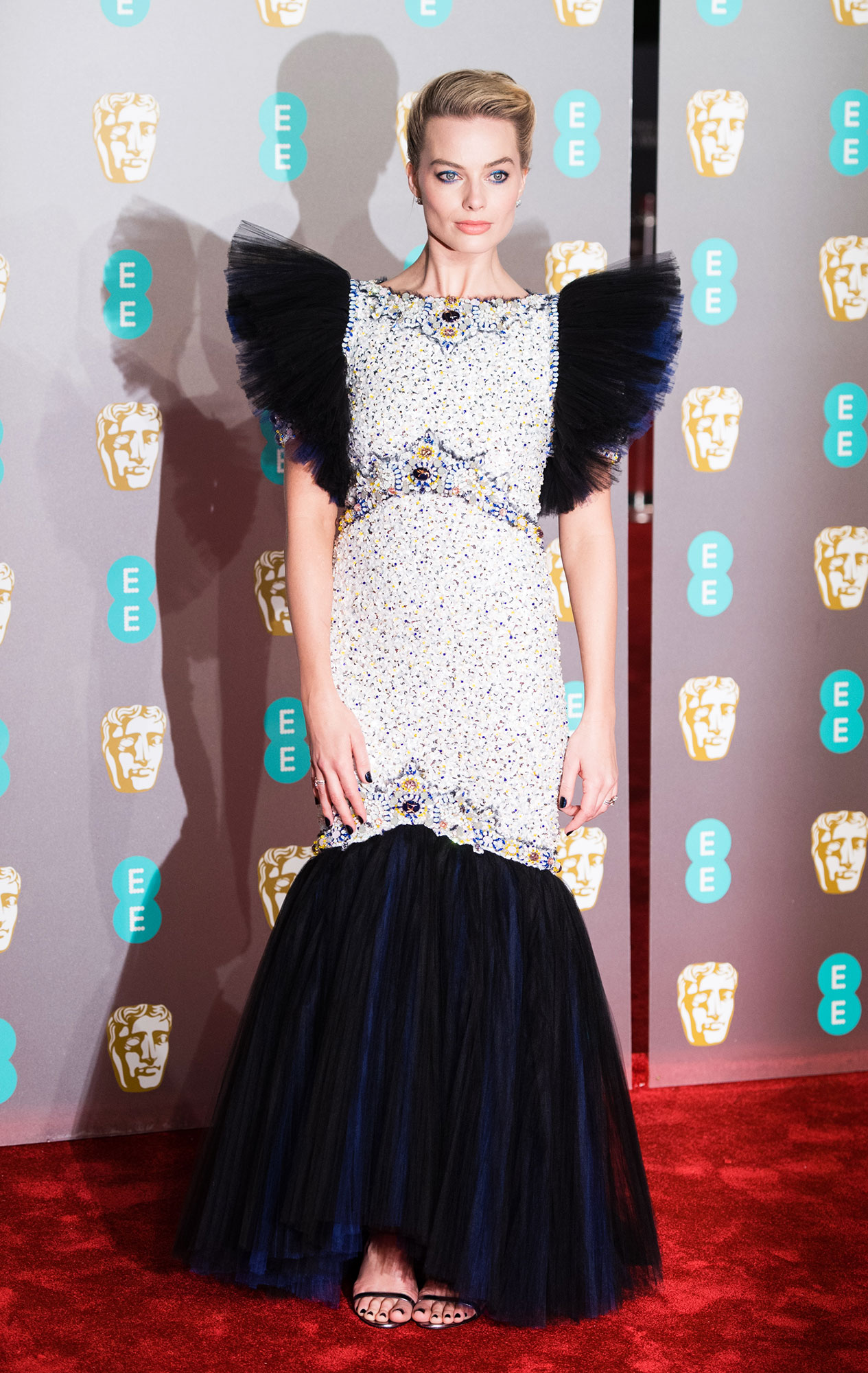 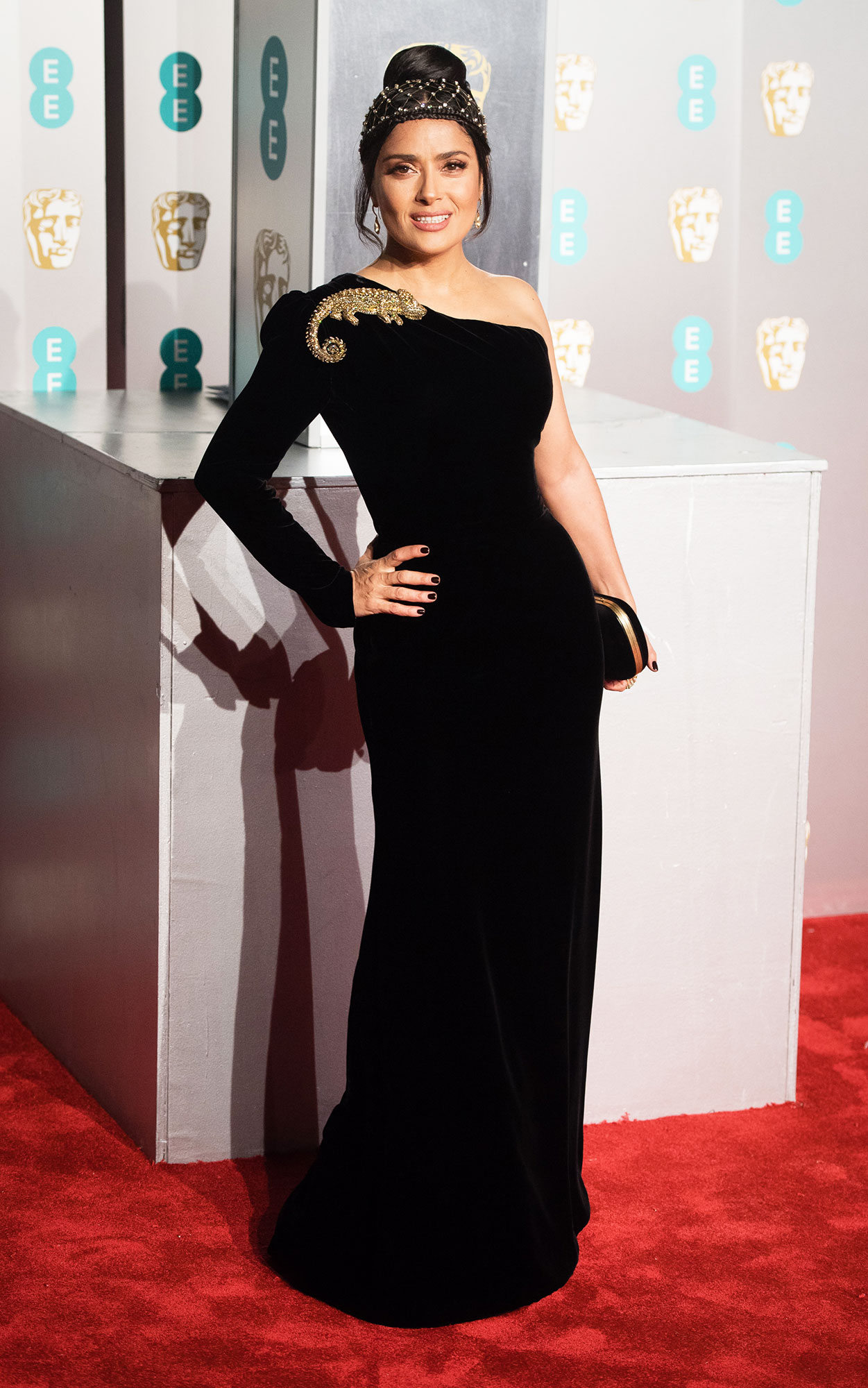 Using a lizard broach to dress up her sleek black Gucci dress, the Frida star’s look was eccentrically elegant. 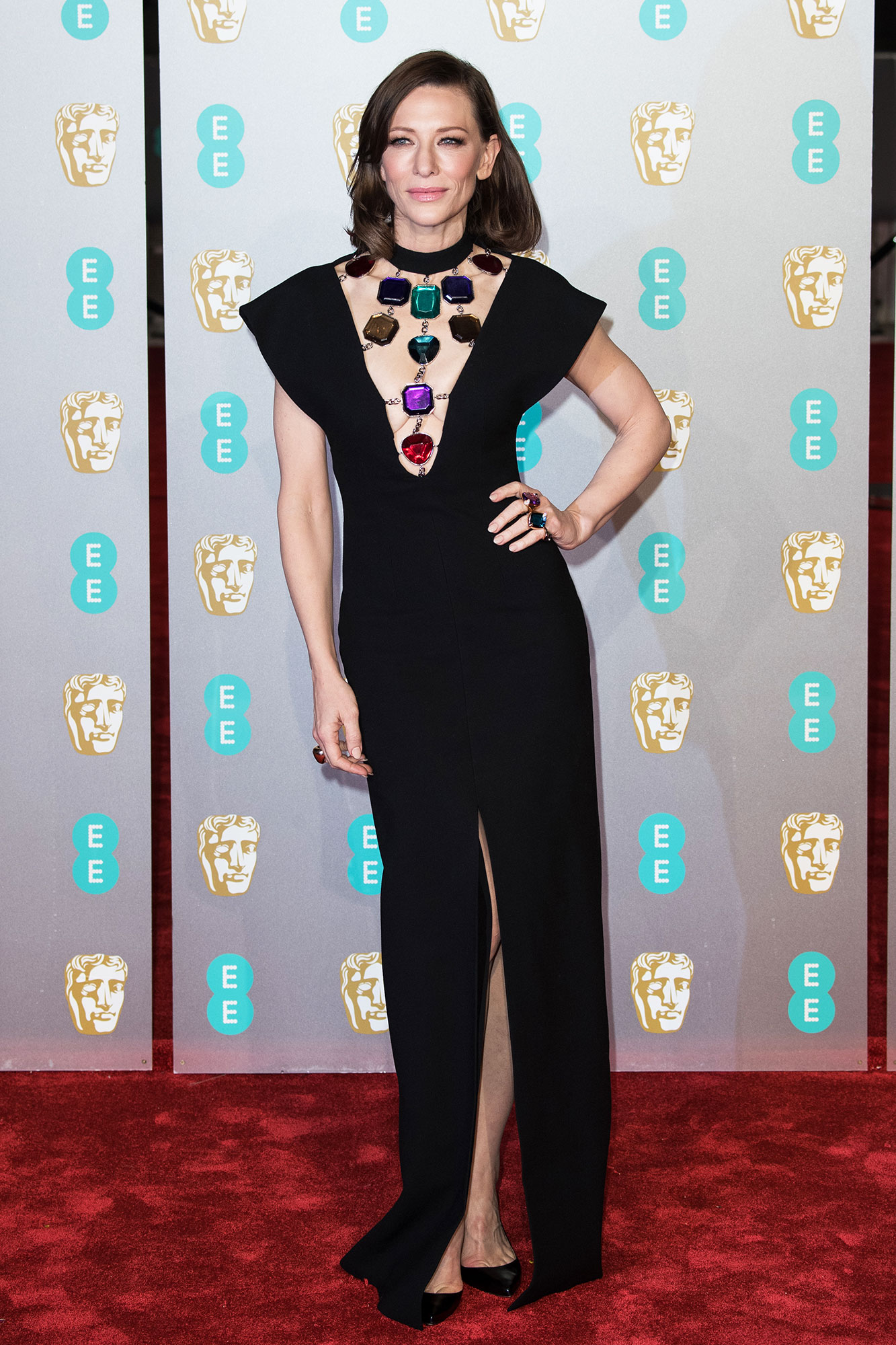 Rocking a new shade of brown strands, the actress stunned in her Christopher Kane dress donned with large jewel embellishments. 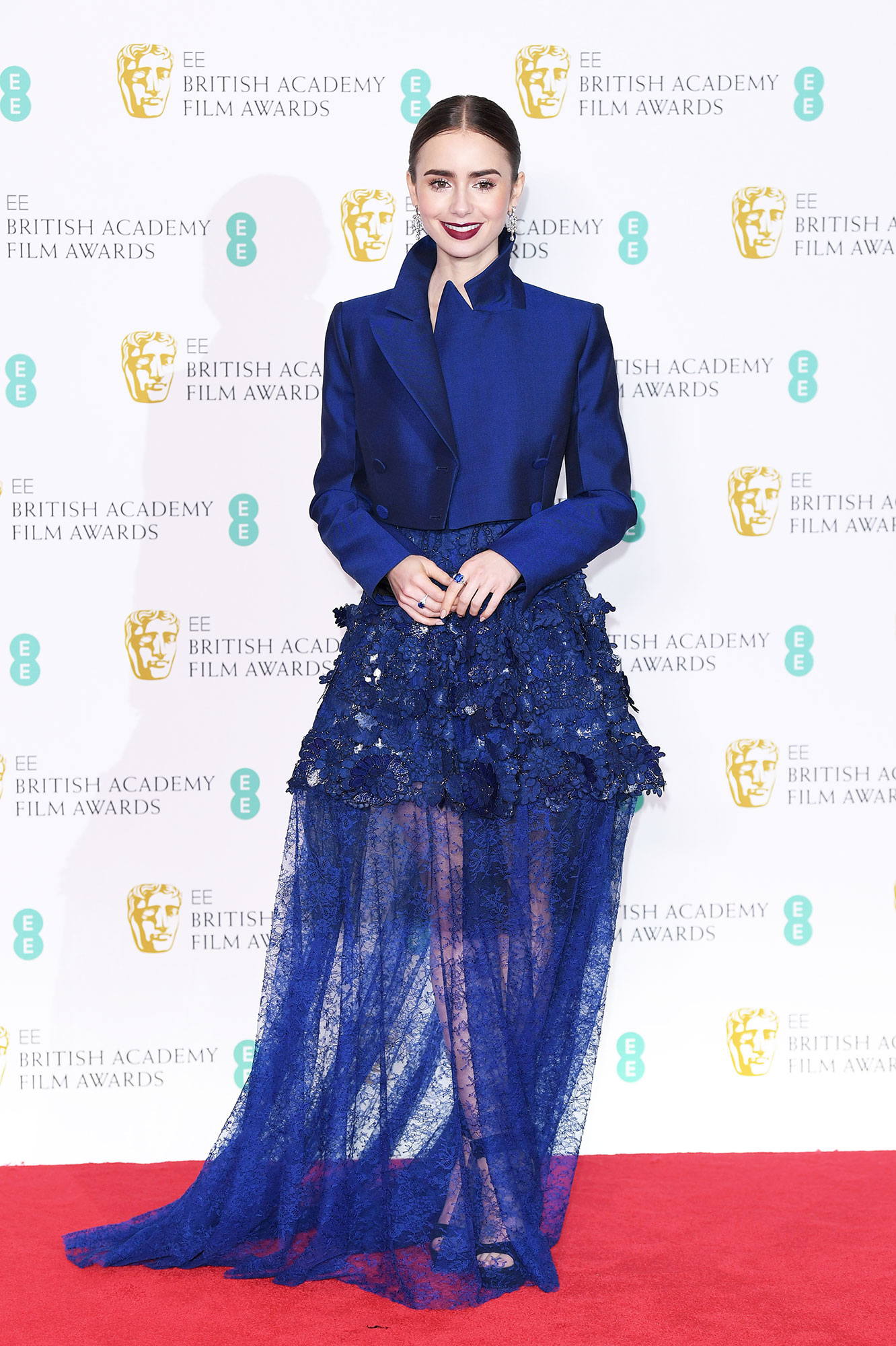 The 29-year-old made a statement in a midnight blue Givenchy dress complete with a lace skirt and satin blazer.