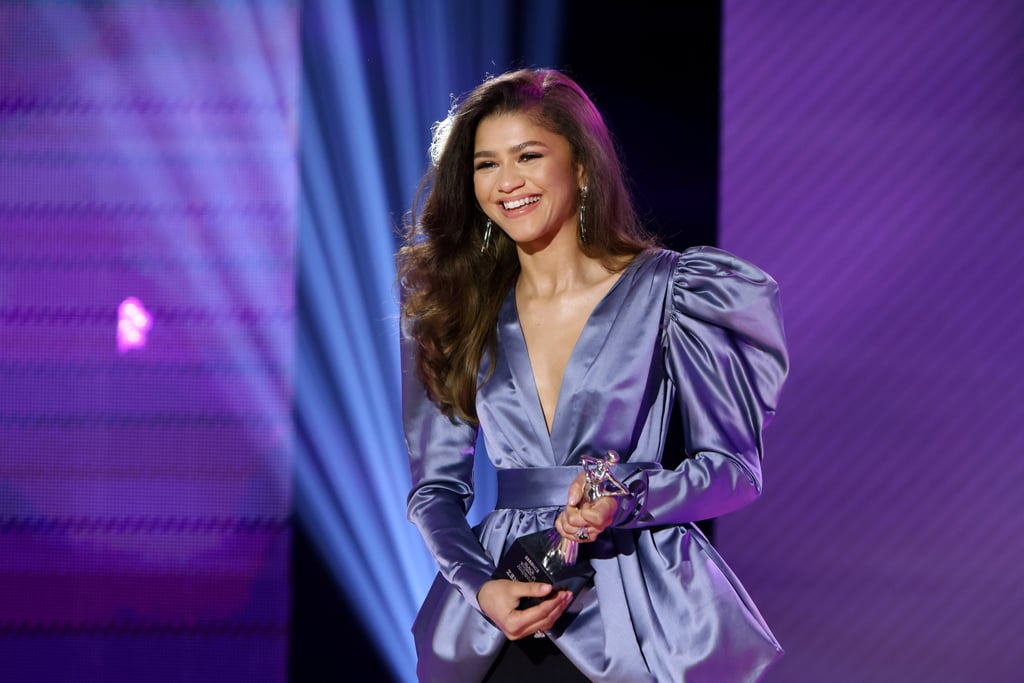 Nothing says power like an exaggerated shoulder silhouette — just take a look at Zendaya’s gorgeous outfit at Essence‘s Black Women in Hollywood Awards on Thursday night. But what made the actress’s vintage blue-gray YSL top and slit maxi skirt even more striking was the special story behind the look.

Celebrity stylist and image architect Law Roach revealed Zendaya’s top was originally a dress owned by Eunice Walker Johnson, the late Black businesswoman who changed fashion for Black women in the ’60s and ’70s. The trailblazer started Ebony Fashion Fair, a global fashion tour that showcased haute couture fashions for Black women, spotlighting Black models and designers in the process. Eunice had worn the silk dress, paired with a sleek black maxi skirt similar to Zendaya’s, in an old issue of Ebony, as Law shared on his Instagram. The 1982 piece is from the stylist’s personal archive. “We pay homage ???,” he wrote.

Zendaya was honored for her contributions to Hollywood and global culture, along with Whoopi Goldberg, Cynthia Erivo, Michaela Coel, and Andra Day, on Thursday night. Ahead, get a closer look at Zendaya’s timeless ensemble from all angles.