MILAN — Tod’s is helping to promote and support a new generation of young designers.

The company today will unveil the designs conceived by 35 Central Saint Martins students through a digital exhibition, whose opening coincides with the start of London Fashion Week. The project began last July and students were tasked to interpret one or more codes of the Tod’s brand, such as the Gommino, the T Timeless or the D Bag.

Each student, chosen by Central Saint Martins, was assigned a mentor — an expert from the media and fashion industries, ranging from Simone Rocha and Hamish Bowles to Sara Maino and Charles Jeffrey, to name a few.

“These students did an excellent job and we will support them in trying to show their designs to as many people as possible,” enthused Della Valle during a virtual press conference. Through this project, each designer was given a scholarship. The entrepreneur also pledged to offer internships at the Tod’s Academy to some of the students and urged his peers to do the same, praising the creative talent of the students.

“The contribution of young designers is fundamental to understand the world though unusual and innovative points of view and to always be up-to-date and contemporary,” said Della Valle, adding that he was “pleasingly surprised” by the end result of the project.

The students were free to revisit, deconstruct or assign new functions to Tod’s codes and pieces, embroidering them, creating patchworks or employing new sustainable materials. 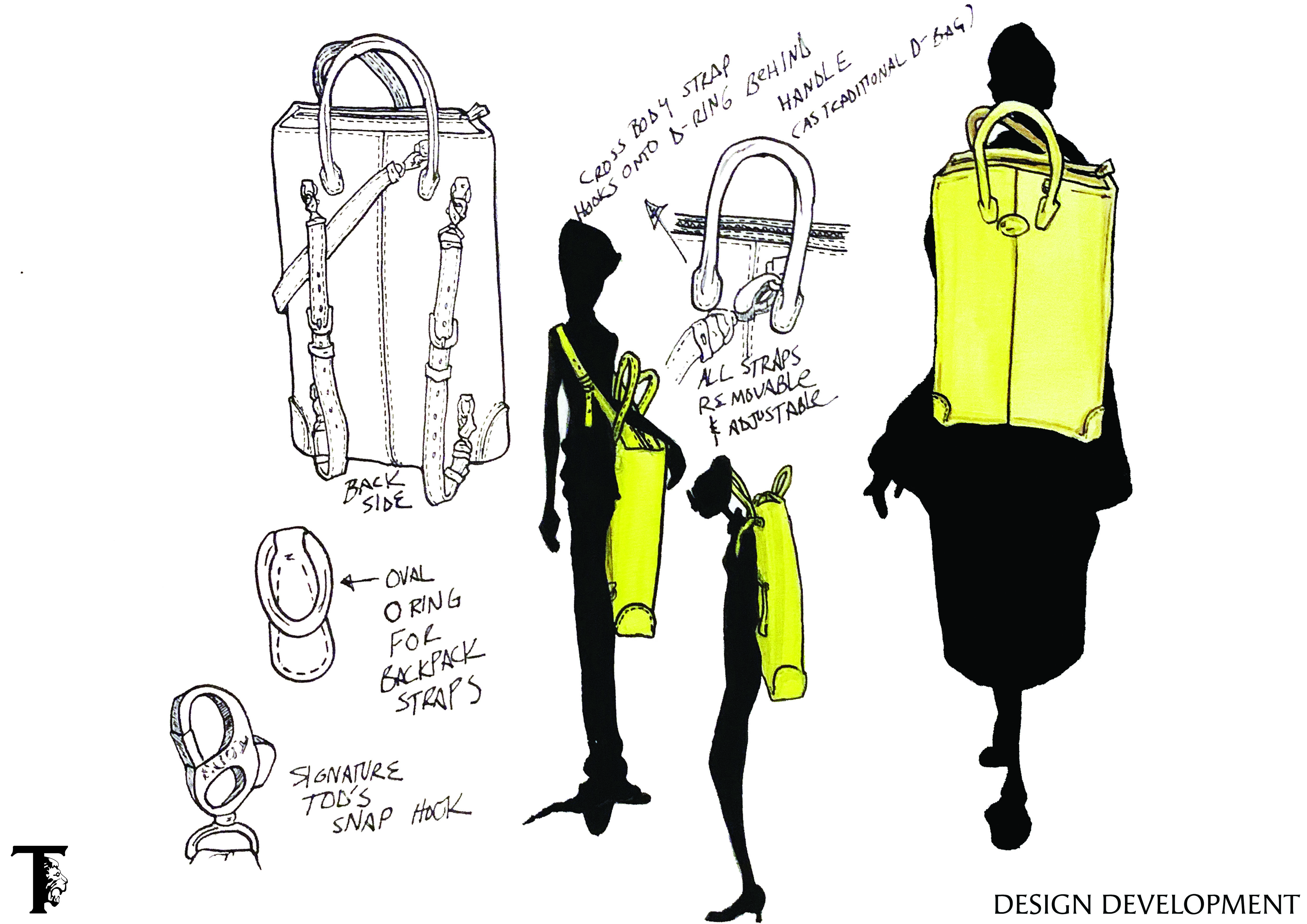 A design conceived by a student as part of the Tod’s Legacy project. courtesy image

The collaboration with Central Saint Martins is part of the Tod’s Academy, based at the brand’s headquarters in the Marche region, which was conceived in order to protect and extend Italian craftsmanship from generation to generation, blended with the creativity of young designers. Della Valle reiterated the importance of keeping the Made in Italy tradition and craftsmanship alive, injected with new talent. “It’s a two-way street, we help them and they help us,” he said.