CAPS AND GOWNS: Virgil Abloh will deliver the keynote address at the Rhode Island School of Design’s commencement address this spring.

The Off-White founder and Louis Vuitton’s men’s artistic director will also receive an honorary degree. But he won’t be the only design talent being celebrated during the virtual commencement. Architect Elizabeth Diller of Diller Scofidio + Renfro, Obey Giant founder and artist Shepard Fairey and two-time Pulitzer Prize-winning playwright Lynn Nottage will also accept honorary degrees and deliver virtual remarks at the June 5 event.

Internationally known for his street art and “Hope” poster, Fairey recently had his first gallery show in Dubai. When being honored at Pratt Institute’s commencement several years ago, he had an accidental day of reckoning with former RISD president Thomas Schutte, who casually mentioned how during his tenure someone had changed around a billboard of former Providence Mayor Buddy Cianci. Fairey told Schutte that he had and raised his hand to signal accountability.

Honorary degree recipients and the keynote speaker were selected through a nomination process that is open to the RISD community, a school spokeswoman said Monday.

This year, 403 undergraduate students and 212 graduate students will be closing out their RISD runs for the academic year. The Saturday celebration will begin with an all-virtual speaking and awards program at 10 a.m., which will be followed up with an-person degree presentation at 2 p.m. on South Water Street in Providence, RISD’s home city. 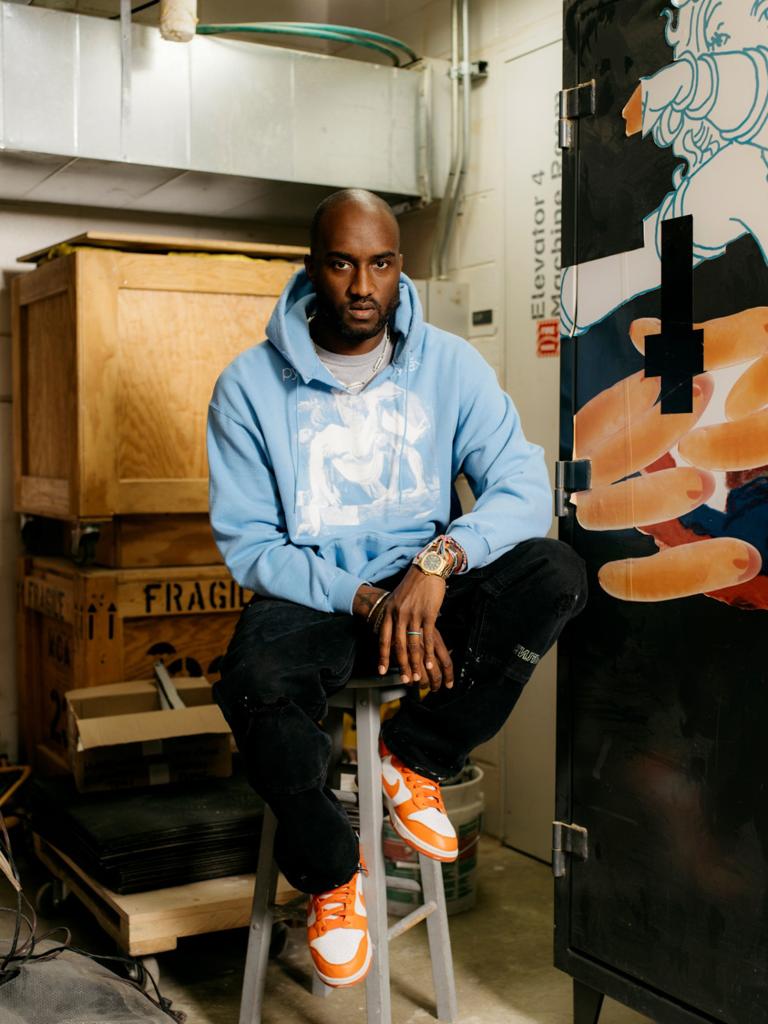 Graduates’ families and friends, however, will be out of luck, in terms of attending the event. The school will be keeping crowds to a minimum in adherence with COVID-19 health and safety protocols. They can of course tune in to watch the morning opener and the afternoon finale via a livestream.

To mark a school year that was like no other, RISD’s Grad Show 2021 will be presented as a digital publication and in-person exhibitions at the RISD Museum’s Chance Gallery and the WaterFire Arts Center, which will be open to current students, faculty and staff. The digital publication will highlight 16 disciplines and will be unveiled on May 27.

The Apparel Design’s Collection show will be a video launch, but the date has not yet been announced. The Senior Film/Animation/Video Virtual Film Festival will be held June 4 and 5.

Abloh has a history of supporting students in different ways. Last summer, for example, he raised $1 million and partnered with the Fashion Scholarship Fund to launch the Virgil Abloh “Post Modern” Scholarship Fund.

Fairey recently discussed “Printmaking and the Politics of Protest” virtually with an assortment of college students. He also just collaborated with Hublot for limited-edition $22,000 watches that will help support Amnesty International, which was also his cause of choice for a recent NFT debut.

Other designers and influencers share Abloh’s and Fairey’s interest in helping the next generation of designers, fashion enthusiasts — and of course shoppers. Stella McCartney, Olivier Rousteing and Gwyneth Paltrow were among the participants in Brown University’s Fashion Week last month — another Providence institution that holding fast virtually.