A BODY language expert has revealed how Meghan Markle wore her hair as "curtains" yesterday evening, to conceal her face while attending an engagement in London.

Judi James claims the Duchess of Sussex displayed "barrier gestures" while arriving at the official opening of the 2019 One Young World summit at the Royal Albert Hall in London last night. 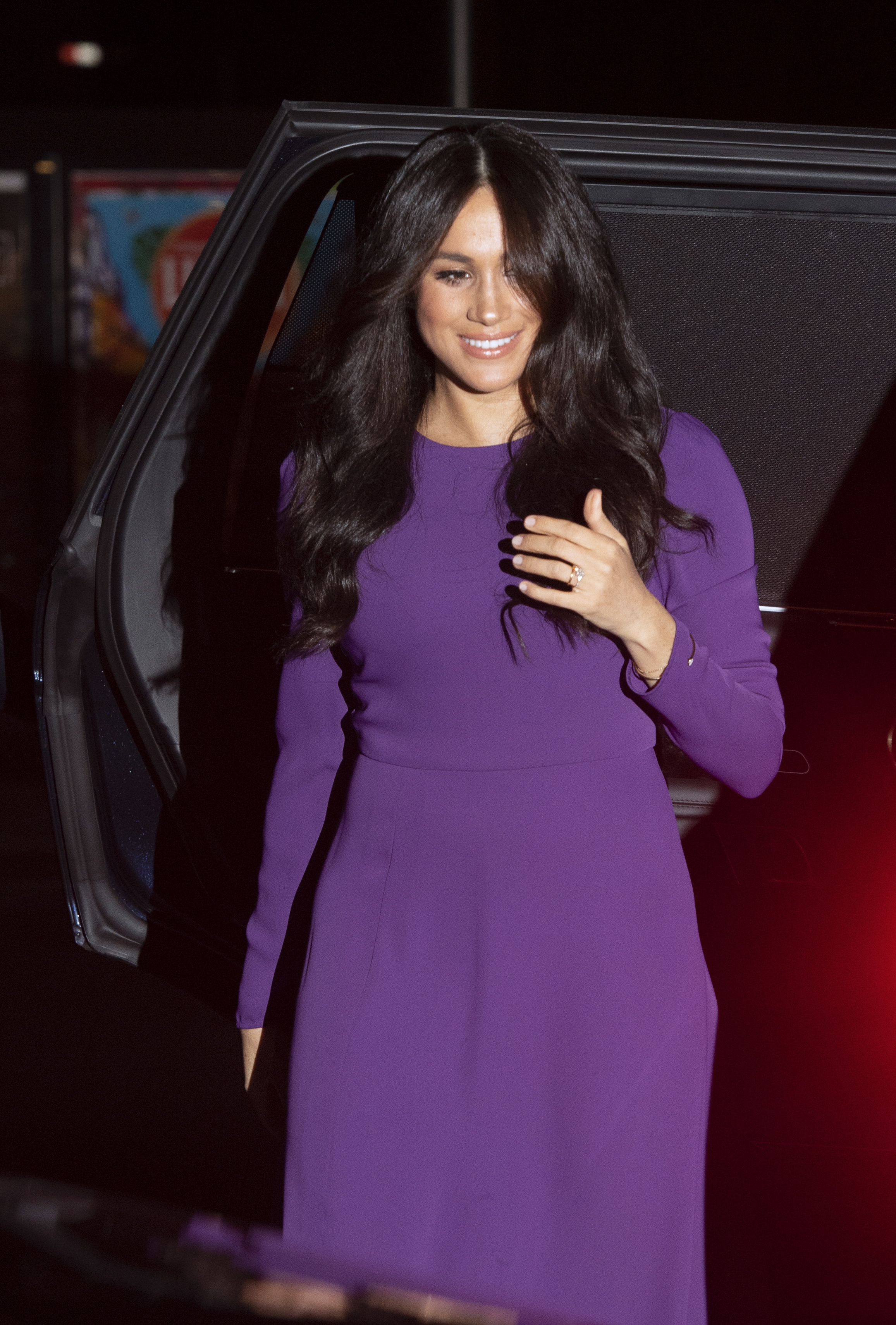 It was Meghan's first appearance since the explosive ITV documentary, Harry & Meghan: An African Journey, aired on Sunday night, in which the Duchess spoke openly about the pressures of royal life.

During the engagement, Meghan wore her hair down, in loose curls around her face – and body language expert, Judi claims it suggests the Duchess is using her hair as "curtains".

She told Fabulous Digital: "Meghan’s body language last night revealed a mix of ‘the show must go on’ smiling resilience combined with hints of the vulnerability she spoke about in South Africa and traits bordering on the timid.

"She has worn her hair down before of course but this softer styling didn’t just frame the face, it obscured it at times too. 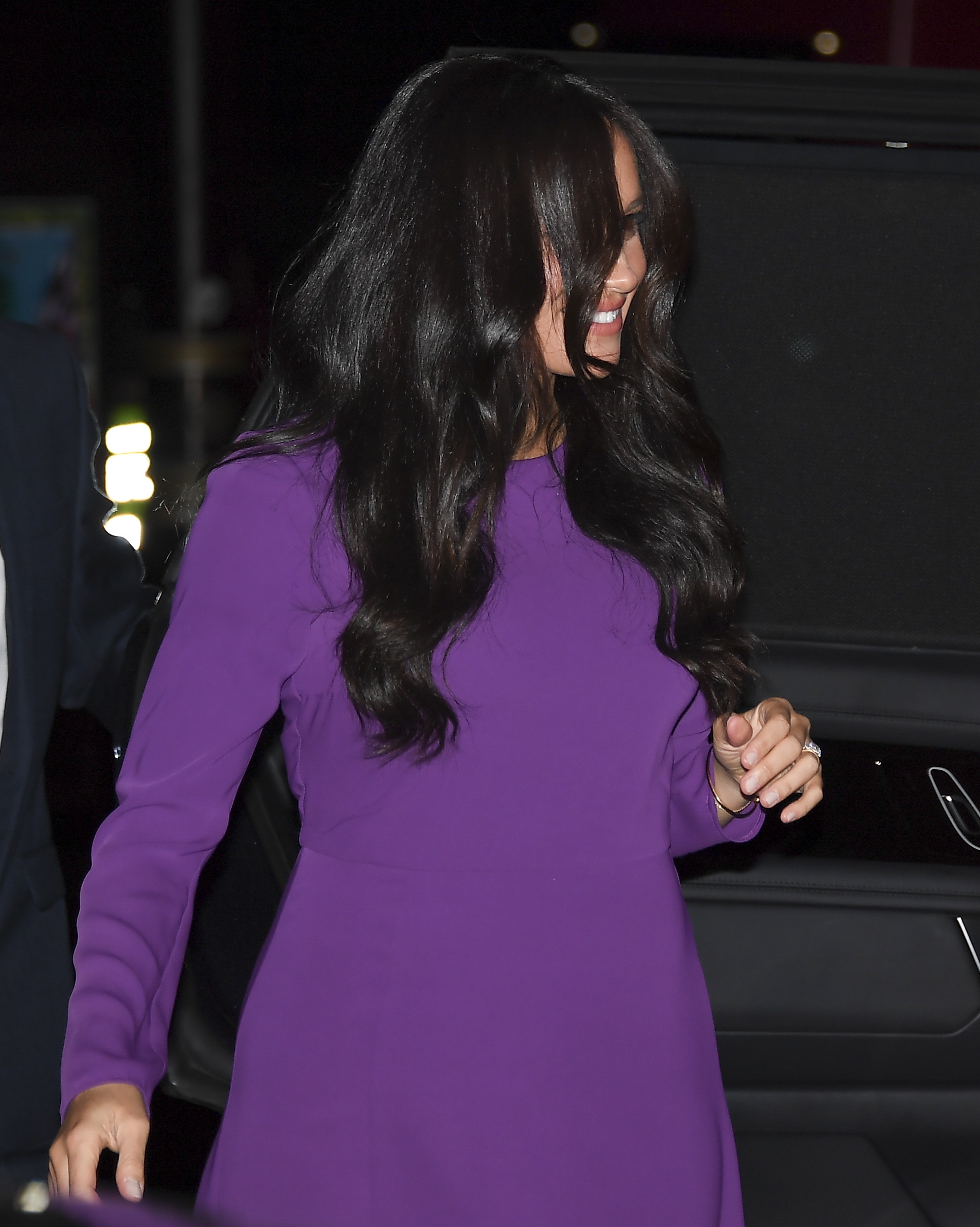 "Instead of the signature practical, more assertive look that is often tucked behind her ears or even pinned back to reveal her entire face, suggesting confidence and openness, this front-falling look formed the role of the kind of facial ‘curtains’ that women can often use as a form of comfort barrier to hide behind at will.

"At times Meghan’s hair falls over part of her face but at others it even seems to be hiding her eyes from the camera and although one hand seemed to be raised in another partial cut-off gesture there are no signs here that she was using it to push her hair back from her face again."

Judi also explained the Duchess used "barrier gestures" at the event, by raising her left hand and using her wedding rings to "illustrate strength and security".

She told the Daily Mail: "She appears to be holding her left hand raised higher than usual in what looks like a partial barrier gesture, with her engagement and wedding rings displayed to illustrate what she referred to as her strength and security in her life."

Meghan wore the £81 maxi dress, which is now just £29, to Hamilton Square in Birkenhead at the start of this year, while pregnant with baby Archie. 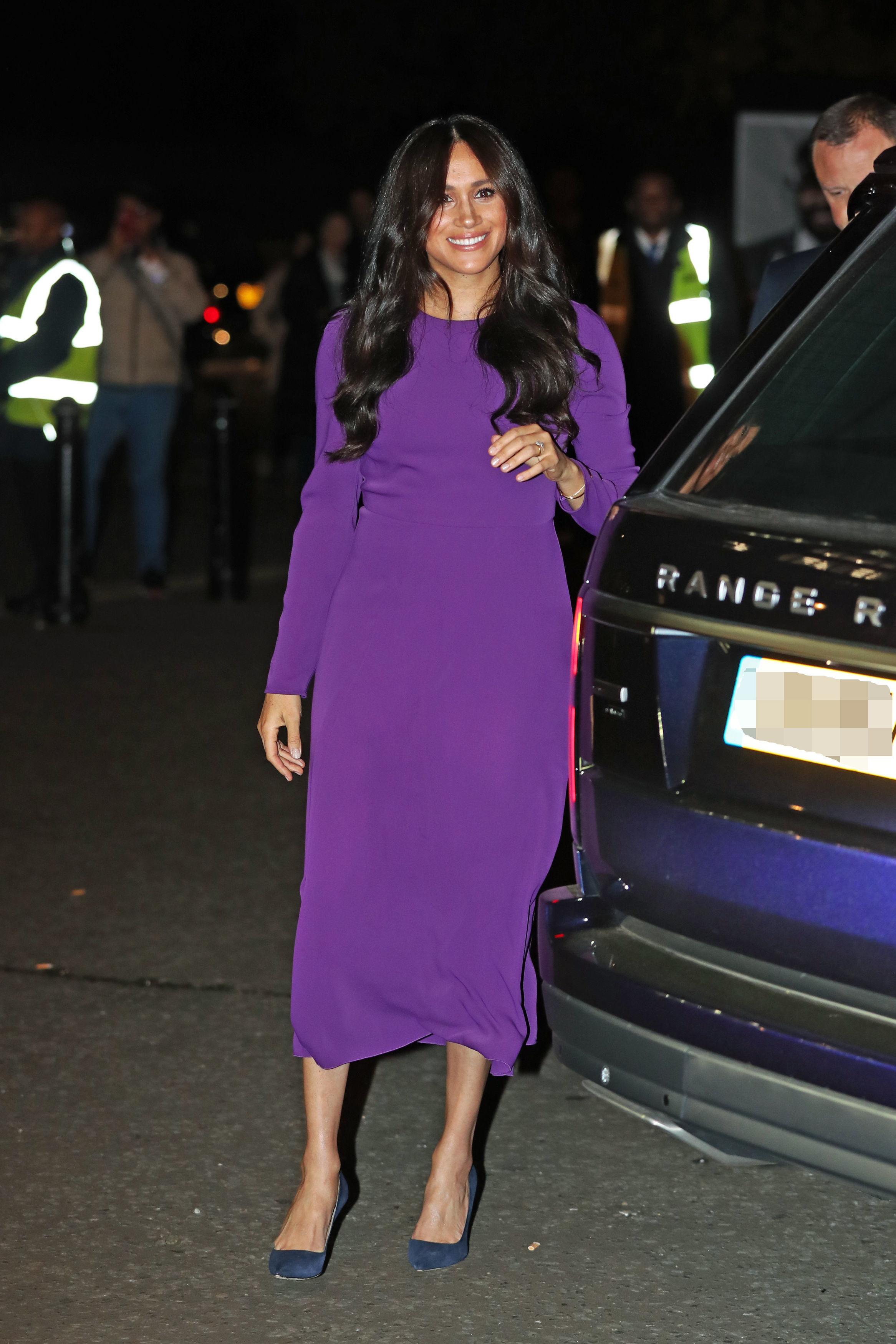 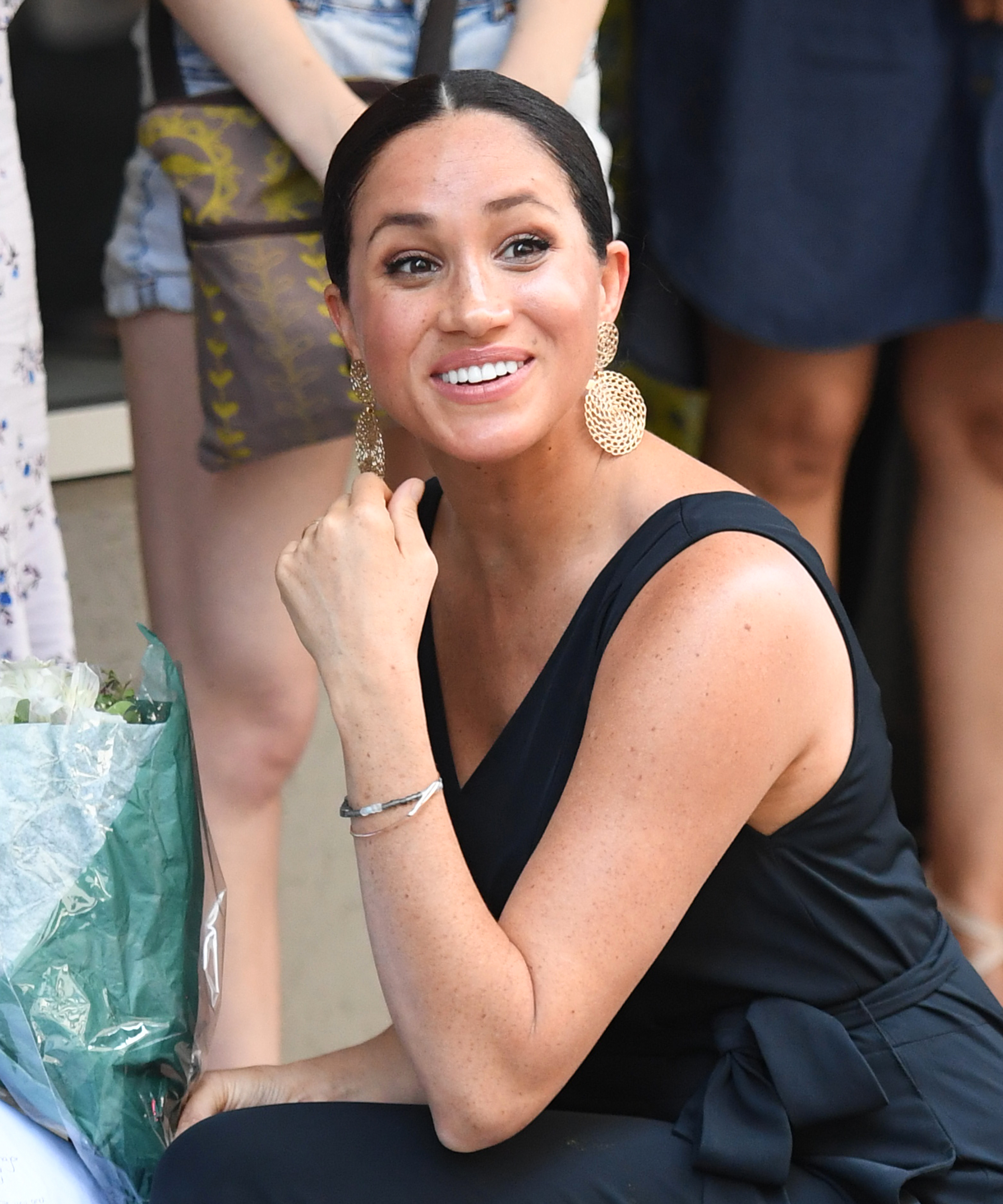 Meghan is vice-president of the Queen’s Commonwealth Trust, which has partnered with One Young World to bring 53 people to the summit.

The aim of the summit is to “identify, promote and connect the world’s most impactful young leaders to create a better world, with more responsible, more effective leadership.”

The summit consists of speeches, panels, networking and workshops and was started in London in 2010.

The website states: “The Opening Ceremony is a celebration the with cultural entertainment, keynote speeches from global figures, and the Flag Bearing Ceremony featuring Delegates representing 190+ countries and sets the tone for the rest of the Summit.”

Following the opening ceremony there was a delegates dinner at the Natural History Museum. 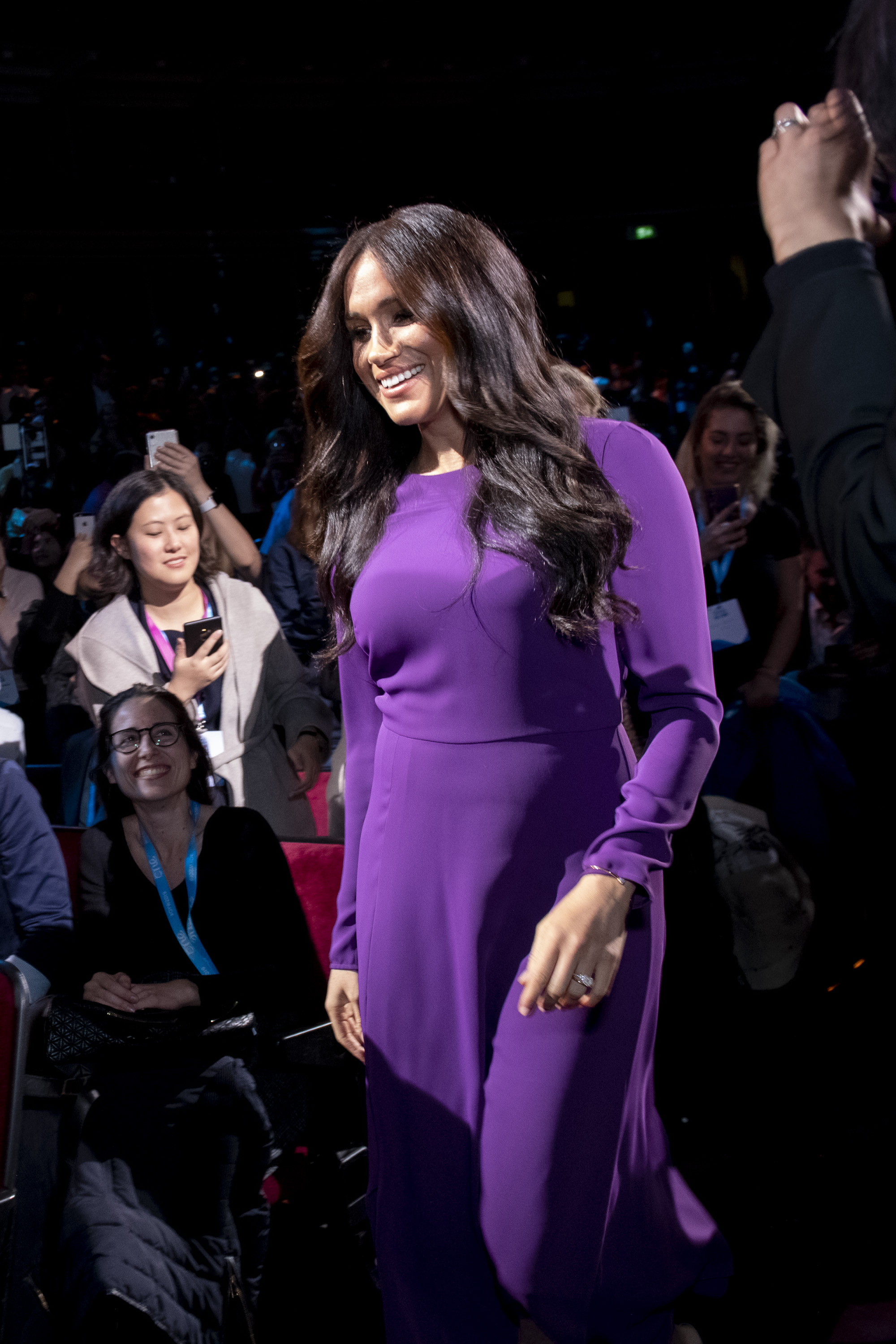 New mum Meghan revealed that she tried to adopt a typical British stiff upper lip when she joined the Royal Family – but keeping quiet about the "unfair" scrutiny she faces is "damaging".

In Sunday night's ITV documentary Harry & Meghan: An African Journey, the Duchess opened up about the struggles she's encountered since becoming a Royal and admitted she wants to "thrive" in her new role instead of merely "surviving".

In other royal news, we told you Meghan Markle has revealed her secret nickname for Prince Harry and royal fans think it’s so ‘cute’.

And we told you how the Queen was mistaken for ‘some old dear who was lost’ at the Windsor horse show in 1991 and was nearly refused entry .