WACO, Tex. — It’s an unlikely tourist town. A flat, dusty stretch, Waco was until recently best known in Texas as the halfway point between Dallas and Austin, or Baylor University’s college town. Nationally, it was most famous for its proximity to the 51-day standoff between the F.B.I. and Branch Davidians in 1993 that resulted in almost 80 dead in a fire.

That’s all changed now, thanks to “Fixer Upper,” the HGTV home makeover show that premiered in 2013 and ended this year after five seasons. It followed Chip and Joanna Gaines, an attractive, can-do construction and design couple, as they renovated buildings all over Waco, transforming old houses into cozy homes with plenty of shiplap on the walls. They filmed there for a reason: As they explained on their website, an “unnecessary strain on our families and children” was out of the question. (The couple’s oldest child, Drake, was 9 when the first season aired, and in June of this year, a fifth child, Crew, was born.) 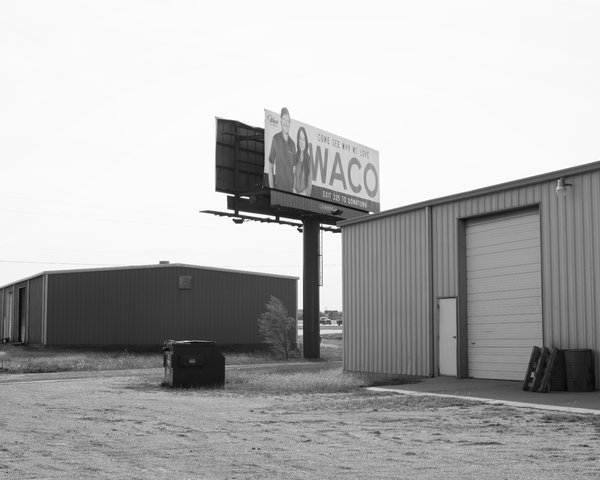 The couple met in Waco at Joanna’s father’s Firestone Tire store in 2001 after both graduating from Baylor University, and they quickly partnered in love and home design. Mr. Gaines handled the construction; Mrs. Gaines the finishing touches. With lots of rough hewed wood and matte color palettes, their modern yet folksy style attracted an HGTV offer and a devoted following.

And as the couple’s popularity grew, so did their investment in Waco.

In 2015, they opened Magnolia Market, a home goods store that sells Mrs. Gaines’s mass-produced collections of bohemian farmhouse décor, and quickly followed with a bakery, garden shop and a turf-lawn park built near two old silos that had been constructed in 1950 by the Brazos Valley Cotton Oil Company. They also opened a nearby restaurant, Magnolia Table, in the former Elite Café, a longtime favorite that closed in 2016 after several different owners and renovations. When the Gaineses took it over, they installed subway tile along the walls, exposed the wood beams in the ceiling and stuck an ever-changing marquee sign out front. Naturally, the renovation was featured on their show.

No one’s complaining. The number of tourists to Waco has tripled in the four years since “Fixer Upper” first aired, with some 1.7 million people visiting in the first seven months of 2018 alone, and other local businesses have flourished with the influx. Carla Pendergraft, director of marketing for the Waco Convention and Visitors Bureau, said the appeal of the “Fixer Upper” brand has had a profound impact on the city.

“When they opened their silos downtown in 2013, we tracked attendance and it skyrocketed,” she said, noting that so many people connect with Mr. and Mrs. Gaines and their brand because they represent “something special” to Americans: maybe safety and comfort within the home.

“I’ve listened to a lot of comments from visitors and that’s what they say,” Ms. Pendergraft went on. “It’s not just the home décor; it’s not just how Joanna Gaines transforms houses; it’s more than that. I think it’s a Scandinavian concept called hygge and it’s a Danish concept that means creating a warm atmosphere and enjoying a good life.”

One beneficiary of the new boom is David Ridley, whose own home was featured on “Fixer Upper” and who now runs a small outfit called Waco Tours. His company provides guided journeys through downtown Waco and the Baylor University campus, with stops at eight houses that have been renovated by the Gaineses over the five seasons of “Fixer Upper.”

Over two years he has taken 37,000 people on his drives, he said, each paying $79 a pop. Mr. Ridley said that 95 percent of those people are drawn to Waco because of the Gaineses, so the tour stops at places like Common Grounds and Heritage Creamery for coffee and ice cream because “they’re on the show.”

The one place Waco Tours doesn’t go is the Branch Davidian compound, which is about 25 minutes out of town. Mr. Ridley said that when Waco Tours began operating, many people asked about the deadly siege, but now he hears fewer and fewer questions about it.

The saga of the Branch Davidians — how the religious community was raided by the Bureau of Alcohol, Tobacco, and Firearms after the compound was suspected of stockpiling illegal weapons; how a gun battle erupted, causing the F.B.I. to initiate a siege; and how it all escalated into tear gas and flames, leaving 76 people dead — had given Waco a somewhat sinister reputation. (A 2011 song by Willie Nelson and Billy Joe Shaver, called “Wacko From Waco,” didn’t help.)

But these days, on the side of the highway that leads into town, Mr. and Mrs. Gaines smile wide on a billboard enticing visitors with their modern, family-friendly charm. No cults here!

“It’s kind of unique that Waco is getting its own name now instead of the Branch Davidians,” Mr. Ridley said. “Obviously, we know the number one reason for that has been what Chip and Jo has done rebranding their city.”

The path hasn’t been without some controversy. In late 2016, Buzzfeed ran an article about Jimmy Seibert, the pastor of the Antioch Community Church in Waco that the Gaineses attend. Soon after the Supreme Court ruled in favor of same-sex marriage, Mr. Seibert told his congregation that “homosexuality is a sin” and that 90 percent of people in “a full-blown homosexual lifestyle were abused in some way.” The sermon also included an admonition to “business leaders” to hold fast against homosexuality, and be “willing to stand to lose even a deal or two or 10 or even lose your business” in the process.

The famous couple was inundated with calls to denounce Mr. Seibert. Within two days, HGTV said: “We don’t discriminate against the LGBT community in any of our shows.” But the Gaineses were mostly quiet until several months later when Chip wrote a blog post that said: “Joanna and I have personal convictions. One of them is this: we care about you for the simple fact that you are a person, our neighbor on planet earth. It’s not about what color your skin is, how much money you have in the bank, your political affiliation, sexual orientation, gender, nationality or faith.”

Time for a Road Trip

Even though I grew up and live in Dallas, I didn’t visit Waco until a few years ago. I was curious about its newfound reputation and the questionable claim, made by Chip in his book, that the town was a destination for terminally ill people who wanted to embark on one last trip. What I found was people who love this town, both before it was an international tourist destination, and now more than ever. Yes, downtown is a little bit more crowded with out-of-towners, they say, but the sun still shines on Waco and there’s no place better.

On a recent visit, I dined at Magnolia Table, Chip and Joanna’s renovated restaurant. It was a Saturday, and a Baylor University game day, and the wait was an hour and a half. The vibe was Gainesian Disney World. There were tourists in Magnolia-branded T-shirts lined up, chatting with enthusiastic Magnolia employees selling T-shirts and hats and mugs and other Magnolia-branded souvenirs. The patrons knew there was a slim chance of seeing Chip or Joanna, but the possibility was there and it was exciting.

As I waited to be seated, I snacked on a blueberry muffin and spoke with some of the employees. One hostess said that the restaurant regularly sees people from New Zealand and Australia and the longest wait time for the restaurant was three hours, which is considered, quite rightly, extraordinary for any city or tourist town — no matter how famous the owners or how good the bacon and eggs. (Because I was alone, I sneaked in at just under 25 minutes.)

One patron, Tessa Calori, an 18-year-old fan of “Fixer Upper,” said she was visiting with her mother from Denver, Colo., and that she had begged to visit Waco for two years. Her mother, Lynette, said she also became a fan of the show after her daughter introduced it to her, and that she was drawn to the Gaineses’ work ethic.

The family’s flight into Waco had been severely delayed, totaling their travel time to 24 hours. But mother and daughter said the wait was well worth it.

Tessa Calori said she had never heard of Waco’s deadly siege. Mrs. Calori said she knew about the town’s former reputation. But, she said, “I had no interest in visiting then.”