Many of us have bounded about in just our jackets for the past month, wondering where winter went.

But beautiful weather isn't welcome by everyone.

"We are likely to see an early start to the birch pollen season, which affects around 25 per cent of hay fever sufferers in the spring," hay fever expert and pollen forecaster, Dr Beverley Adams-Groom told The Sun.

"The season usually starts in early April but could start in mid-to-late March this year. 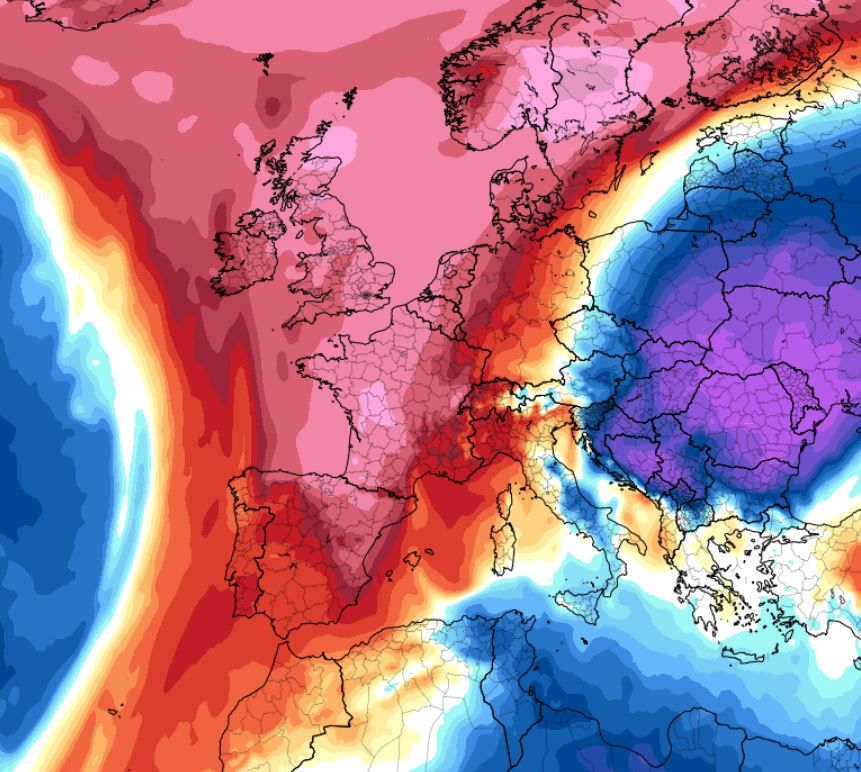 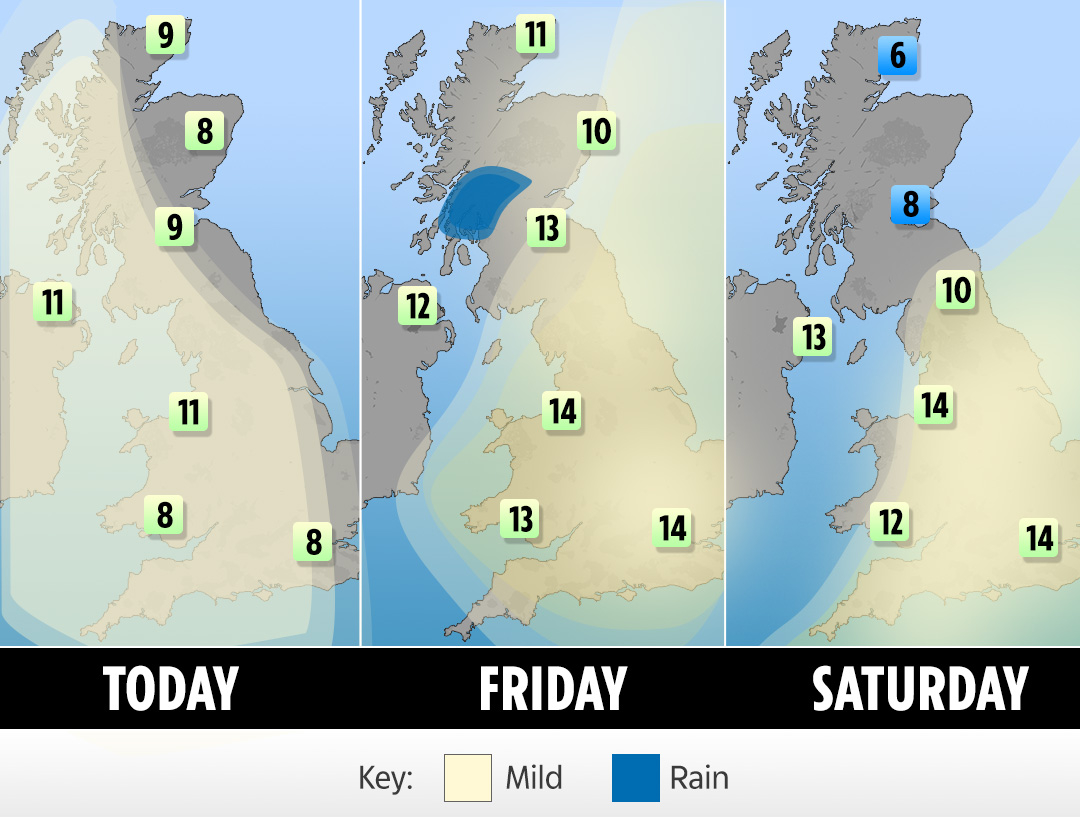 "The grass pollen season (usually starting in late May/early June) could be on the early side too but it's too soon to say because it's the weather in late March and April that mainly affects it."

Hay fever season as a whole tends to run between late March and September, and it's at its worst usually around June, when it's warm, humid and windy.

But seeing as this month, we've seen record-breaking temperatures in Scotland of 18.2'C – the average temperature of late May/early June – it's not surprising that hay fever issues might be starting earlier this year.

For grass pollen to really become strong, you need warm and rather wet weather, so it depends on whether we get any April showers or not. 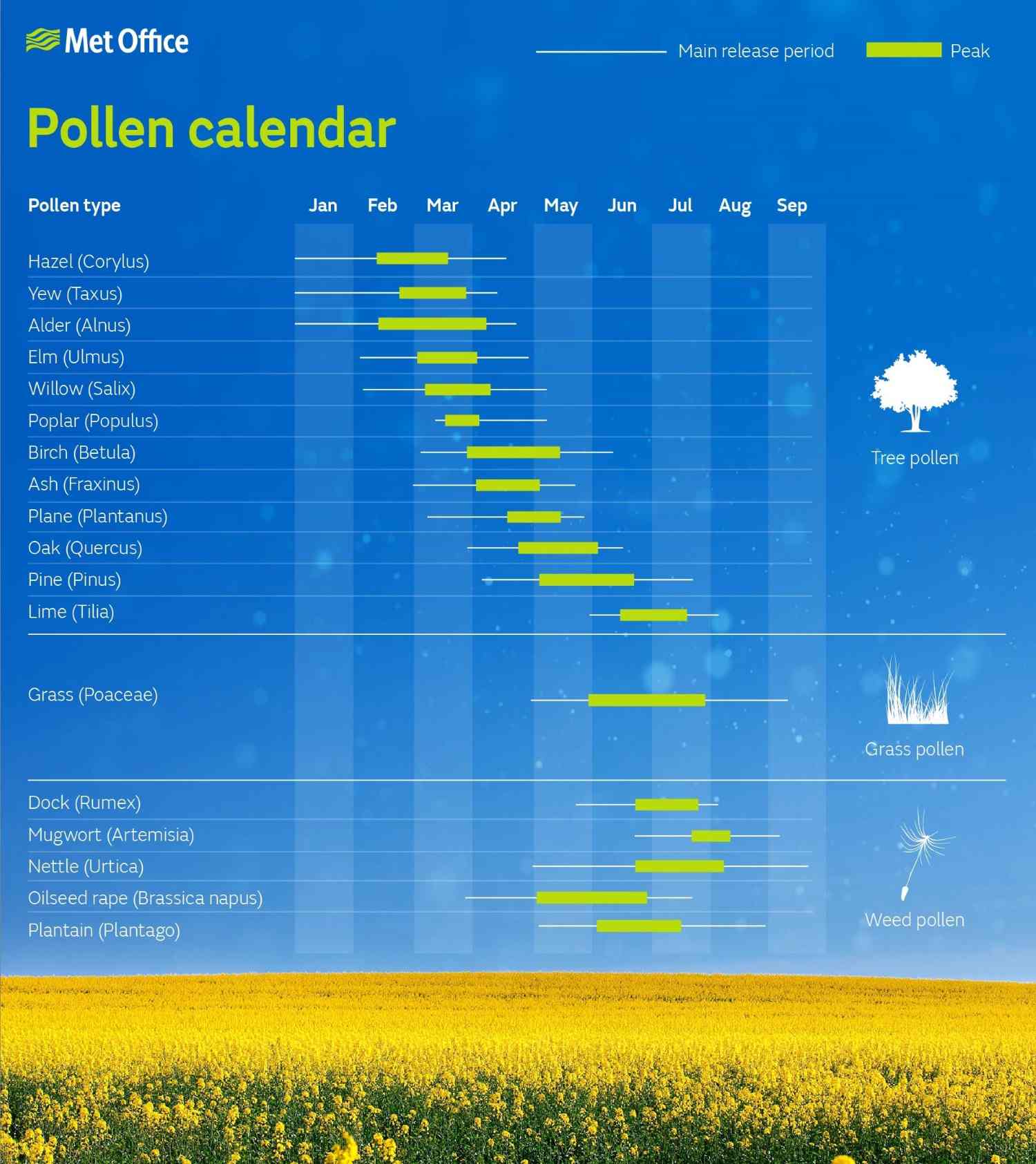 But for those who suffer from birch pollen sensitivities, you may start struggling sooner rather than later.

Hay fever is a problem for around 80 per cent of people with asthma, with many not knowing that trees start releasing their pollen at this time of the year.

"It isn’t spring yet, but trees such as alder and hazel releasing pollen could wreak havoc on people with asthma who are allergic to it," Sonia Munde, Head of Services at Asthma UK, told The Sun.

"A pollen allergy can cause winter hay fever, triggering asthma symptoms such as wheezing or a tight chest that could develop into a full-blown asthma attack.

“People with asthma might assume their blocked nose and sneezing is caused by common cold but it could be tree pollen at this time of year.

"If you know you have a pollen allergy as well as asthma, it is essential you take your preventer medicines as prescribed, as it will prevent your airways from becoming inflamed which means you’ll be less likely to have an asthma attack if you come into contact with pollen.

"You should also take your hay fever medicines, such as nasal steroid sprays and antihistamines, which will help keep your hay fever symptoms at bay. Keep your blue reliever inhaler with you at all times in case of an emergency."

So what can you do about it?

Well, it's simply a case of extending your coping mechanisms and preparing for an attack earlier on.

1. Monitor pollen forecasts every day and when you notice them start to climb, try to stay indoors

If it rains (which could happen at any point during February and spring…), pollen tends to be washed from the air so the levels go down.

2. On high pollen days, make sure you shower and wash your hair as soon as you get home

Don't forget to stick your clothes in the washing basket ASAP too and take your shoes off inside to avoid trampling any pollen indoors.
3. Take antihistamines at the right time.

If you don’t get drowsy, and most people don’t, it may make sense to take them first thing in the morning so that their peak effectiveness is during the course of the day when you are out and about," Dr Sarah Jarvis told The Sun.

"However, if they do make you drowsy you may find that it’s more effective to take it at night so the drowsiness effect is most marked when you are sleeping.

"Part of the problem with hay fever is it depends on when your symptoms start, pollen counts tend to be higher during the day.

"So we normally say if you are going to go out, go out early in the morning or late in the evening as pollen counts tend to be lower then."