A WEBSITE has come under fire for selling fashion and homeware images decorated with haunting photos of Auschwitz. 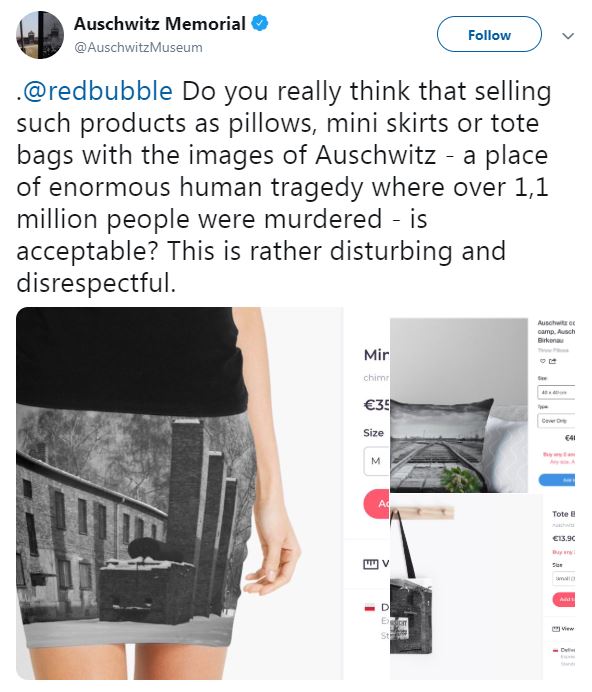 The Auschwitz Memorial account tweeted Red Bubble saying: “Do you really think that selling such products as pillows, miniskirts or tote bags with the images of Auschwitz – a place of enormous human tragedy where over 1,1 million people were murdered – is acceptable?

“This is rather disturbing and disrespectful."

They included photos of some of the Auschwitz-themed products that were available on the site, including a £30 mini skirt with a black and white image of the Nazi camp.

Another product that was available to buy was a £34 pillow showing the famous train tracks leading into the concentration camp. 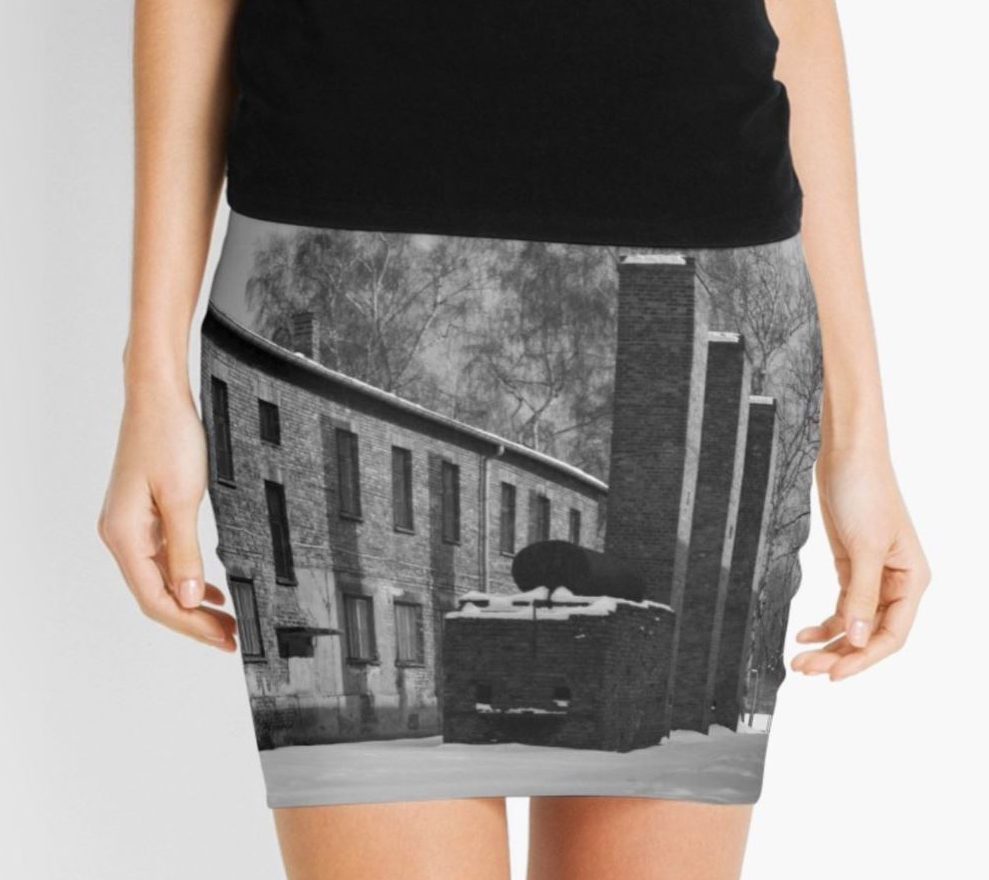 Red Bubble is a global online market place for user-submitted products, where each seller creates an individual store and uploads their own items.

Also listed on the site was an £11.90 tote bag showing a sign inside Auschwitz and also a £17.50 coffee cup showing the camp.

The products have now been removed from the website.

Auschwitz was the largest of the Nazi death camps and was the scene of the most appalling mass murder in human history.

During the Holocaust over a million people – the vast majority of them Jews – lost their lives at the sprawling complex.

When the mass killings were at their peak, up to 6,000 Jews were being gassed per day, with the cyanide-based pesticide Zyklon B the weapon of choice. 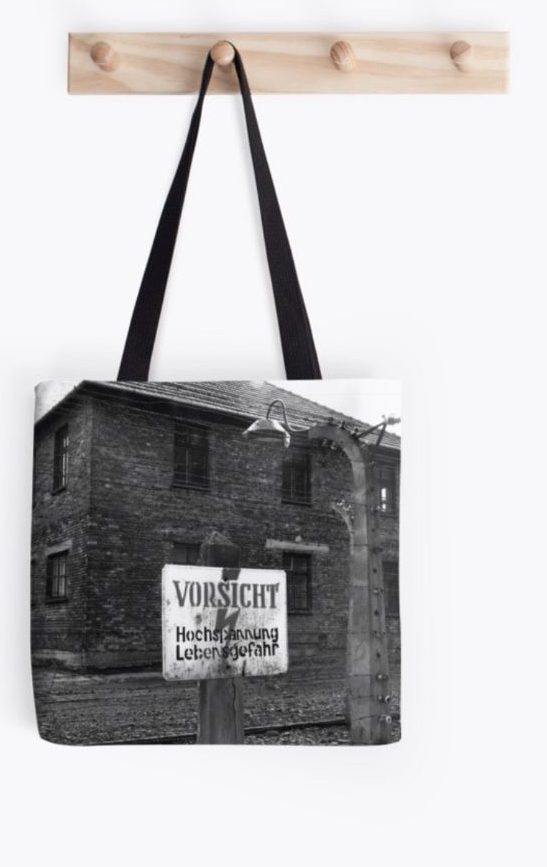 Numerous people have tweeted their disgust at the products, with some slamming them as “nauseating”.

One person wrote: “This makes my stomach turn.”

Another added: “This. Is. Not. Art”, and one user agreed, saying: “This is wrong on so many levels.”

And someone slammed the products commenting: “I can't believe this. This is so disrespectful. How can they do this to the families who lost loved ones. Sickening.” 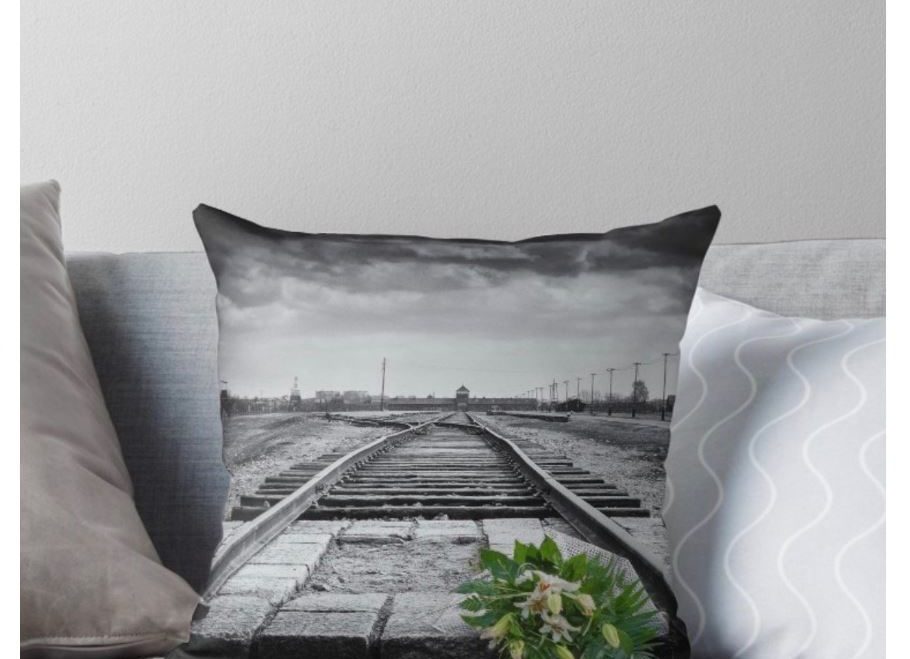 A spokesperson for Red Bubble said to Fabulous Digital: "Redbubble is the host of an online marketplace where independent users take responsibility for the images they upload.

"Redbubble has robust guidelines and policies in place, which can be found in our Redbubble Community Guidelines and User Agreement, and a dedicated team who specializes in proactively reviewing and removing content that does not meet our policies.

"Redbubble takes a strong stance against racism and violence, including the atrocities committed in Nazi concentration camps.

"We have onsite reporting functions in place should community members discover works that breach these guidelines that have not yet been removed by our team. We are grateful when any such material on the site is brought to our attention.

"We have taken immediate action to remove these works identified by The Auschwitz Memorial and are continuously working to ensure we keep offending content of this nature off of Redbubble."

And ignorant tourists have been slammed for insulting Holocaust victims with sick selfies at Auschwitz.