Joy Morrow-Nulton keeps a diary, but she doesn’t need it to remember the date of her first lunch with John Shults Jr. in upstate New York. “It was May 14, 2019, and the restaurant was A Slice of Italy,” Ms. Morrow-Nulton, 95, said. The specifics of their conversation mostly escape her because she was bored. But two years later, she is pleased she pretended otherwise and stuck it out.

“I hope I make it to 100 so we can have five years together,” she said on May 22, just after her wedding to Mr. Shults in Ulster, N.Y. “He’s a delight to be with.” Her son, John Morrow, 69, understood that well before he became his mother’s late-life matchmaker.

Ms. Morrow-Nulton and Mr. Shults were both born in May 1926. When Mr. Morrow introduced them, they knew they were close in age but not that their lives had landed them in the same boat: Both had been widowed twice after 60-plus years of marriage. And both lived alone in their own houses, Ms. Morrow-Nulton’s in Tillson, N.Y., and Mr. Shults’s in nearby Hurley. They also had been making a practice of gently badgering Mr. Morrow, who had known Mr. Shults since 1976, for more of his time.

“John can be very influential, and he always liked to visit with friends,” Mr. Morrow said. He became one after buying equipment to open his business, Safeco Alarm Systems, from Mr. Shults, an entrepreneur whose dozen Ulster County businesses included Canfield Supply, a plumbing and electrical fixtures company. Mr. Shults retired in 2000. But years later, “he would still call me up and say, ‘Let’s go out to lunch,’” Mr. Morrow said. “We started this thing where we’d meet every Tuesday.” He said his mother, too, “was always asking me to visit more. You know how mothers are.” 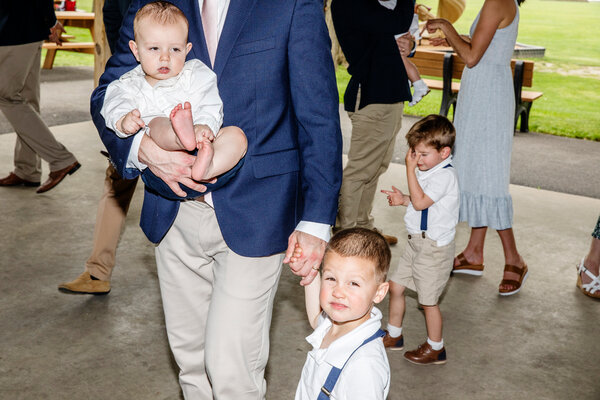 She didn’t expect to be bored. But “everything they were saying was about business,” she said. “John was talking straight across the table to my son.” Mr. Shults may not have been brilliant at showing it, but he found Ms. Morrow-Nulton enchanting. “She was cute, I’ll tell you that,” he said. “And she was smart and she had a delightful sense of humor. And she smiled at me.” Despite all the shoptalk, she also liked Mr. Shults.

When Mr. Shults asked through Mr. Morrow whether she would meet him for lunch, just the two of them, a few weeks later in nearby Rosendale, N.Y., she agreed and found he had much more than electrical supplies to discuss. Both had sturdy ties to their communities — Mr. Shults has been a member of the Kingston Kiwanis Club for more than 60 years, and Ms. Morrow-Nulton taught elementary school in Rosendale until her retirement in 1986. “My last 20 years I taught kindergarten,” she said. “Sometimes I meet those children now and they’re 50 years old and it’s amazing. They recognize me.” Both are also active in their churches, she at Tillson Community Church and he at Cross Point Fellowship Baptist Church in Hurley. And both were in the habit of asking their Amazon Alexas to play 1940s music at home. “We like Perry Como and the 101 Strings Orchestra,” Mr. Shults said. “And right now I’ve got a new one: Vince Guaraldi. He’s a fantastic piano player.”

If Ms. Morrow-Nulton wasn’t sure whether she was being courted the first time they met without Mr. Morrow, she understood fully his intention to date her, with frequency, at the end of a few more get-togethers. “He started bugging me for lunch every day,” she said. “I knew he loved me. He would call and say, ‘What are we going to have for lunch? Where are we going to go today?’” She did the driving. “My kids took my license away from me because I had three strokes and a broken hip,” Mr. Shults said. “I took him to every restaurant in Rosendale, except one,” Ms. Morrow-Nulton said.

[Sign up for Love Letter and always get the latest in Modern Love, weddings, and relationships in the news by email.]

That one was the 1850 House Inn and Tavern, which was only open for dinner on days they visited. Caution dictated daylight get-togethers only. “It’s not that I can’t drive at night,” she said. But she is leery of risking her own license confiscation. “I love to drive,” she said. “I figure if I ever had an accident it would be at night. And they would be happy to take away the license of someone in her 90s.”

By the end of 2019, Ms. Morrow-Nulton and Mr. Shults were a couple with a daily routine that lingered late into afternoons. When the weather was nice, they went to Robert Post Park in Ulster to watch boats drift along the Hudson River. The loneliness and isolation both said they felt before they met lifted. “I’m thrilled they got together and enjoy each other’s company,” Mr. Morrow said. “You bet your life they were happy for me to find somebody at this age,” Mr. Shults said. For each, life without the companionship of marriage rang hollow.

Ms. Morrow-Nulton was born in Mount Kisco, N.Y. and grew up in White Plains, N.Y. She and her first husband, Robert Morrow, married in 1949 and had two children, John and Melanie. Robert Morrow died in 1984. Her second husband, Thomas Nulton, who she married in 1986, died in 2016. Mr. Shults was born in Phoenixville, Pa., and was married to Elizabeth Salzmann Shults from 1956 until her death in 1997. Their three children are John III, Elizabeth and Barbara. In 1999, Mr. Shults married Mary Fuller Shults. She died in 2017. The couple’s extended families can be a challenge for them to keep track of: “We have ancestors coming out of our ears,” Ms. Morrow-Nulton said. Her three grandchildren and five great-grandchildren are in points across the country. Mr. Shults’s 10 grandchildren and five great-grandchildren are also spread across the states. Two of his children, though, are close by. Mr. Shults III, who goes by Pete and is the pastor at Cross Point Fellowship, lives two doors down. Barbara Loughran lives a quarter mile away. “They don’t let him rot,” Ms. Morrow-Nulton said. “They’re with him a lot.”

That was especially true at the beginning of the pandemic, when life got scary for everyone, but particularly older people. “When Covid came we tried to duck it,” Ms. Morrow-Nulton said. Instead of going out to lunch, “we ate at his house a lot,” she said. “His granddaughters would get our lunch and we’d sit in his dining room and eat it.” By the end of February, they were vaccinated. And engaged.

Ms. Morrow-Nulton thinks she may have written down the date of the engagement in her diary. But neither remembers it exactly. “It’s like our first real kiss,” Mr. Shults said. “It’s not important to me when it happened, it’s the fact that it happened at all.” His strategy for getting Ms. Morrow-Nulton to agree to marry him was the same one he relied on to nudge her into the lunch routine. “I pestered her for at least a year. She kept saying, ‘No, no, no.’”

Ms. Morrow-Nulton’s reluctance to accept his proposals, which eventually started coming daily just like the lunch inquiries, wasn’t out of a lack of affection for Mr. Shults. Or the notion that someone better might come along. “It’s true there’s not a lot of men my age,” she said. “And even though we’re both 95, I’m 12 days older. One of my friends said, ‘Oh, Joy, you’re a cougar.’”

Her wariness about marrying was purely practical. “I had a house to take care of, and I wasn’t sure I wanted to help take care of somebody,” she said. “Plus, let’s face it, we’re not in the greatest condition as far as running around goes.” Mr. Shults uses a walker, Ms. Morrow-Nulton a cane.

Winter changed her mind. “We had a snow day, and I was not going to drive to see him, and I missed him,” she said. By mid-February, “I finally decided, ‘You better say yes.’ We have a good time together. He’s not like anybody else I’ve met in my whole life.”

Their May 22 wedding, at Cross Point Fellowship Baptist Church, was attended by 50 guests. Ms. Morrow-Nulton, escorted down the aisle by her son Mr. Morrow, wore a bright pink satin blouse she had worn to a grandson’s wedding; Mr. Shults donned crisp linen pants and a navy blazer. Pastor Pete Shults officiated a ceremony that brought father and son to tears. “It was the part when he said, ‘Till death do us part,’” Mr. Shults said after the ceremony. “I choked up.”

A reception beneath a pavilion at the Robert Post Park doubled as celebration of their 95th birthdays. As family members took turns snapping photos, the couple held hands at a picnic bench.

“I’m not lonely anymore,” Mr. Shults said. Better still, “I don’t think we’ll get sick of each other.”