The British cereal company shared a photo of the bizarre dish – and people have been left in uproar debating whether it would be tasty or horrible. 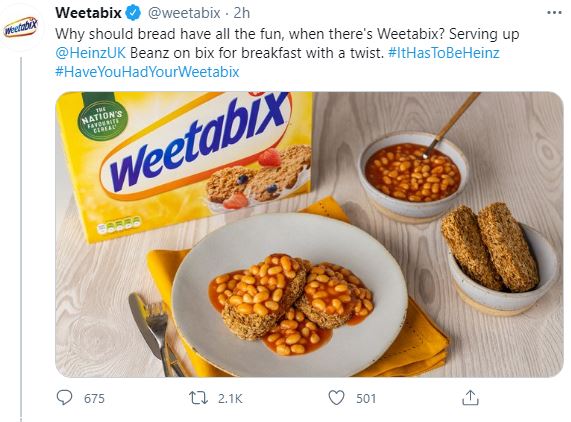 Weetabix posted online: “Why should bread have all the fun, when there's Weetabix? Serving up @Heinz Beanz on bix for breakfast with a twist.”

Many fans were quick to slam the unusual combination, with one saying: “This is the worst food I have ever seen with my eyes.” 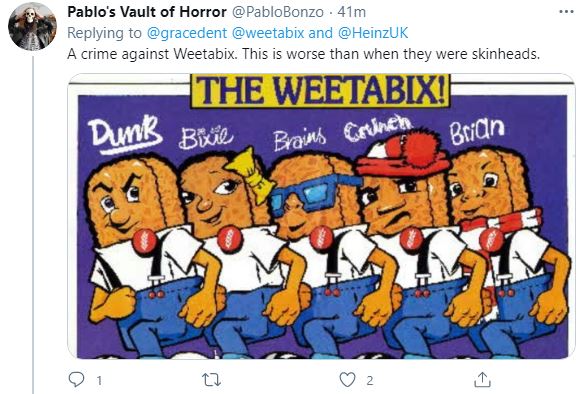 Another added: “People use the phrase ‘that’s nasty’ too often these days but I truly mean it when I say that’s the biggest f****** monstrosity I’ve ever seen.”

And a third wrote: “OMG! I've eaten some strange combos, (melted Nutella on Weetabix is my guilty pleasure), but I can't imagine braving this one.”

Even some companies weighed in on the action. 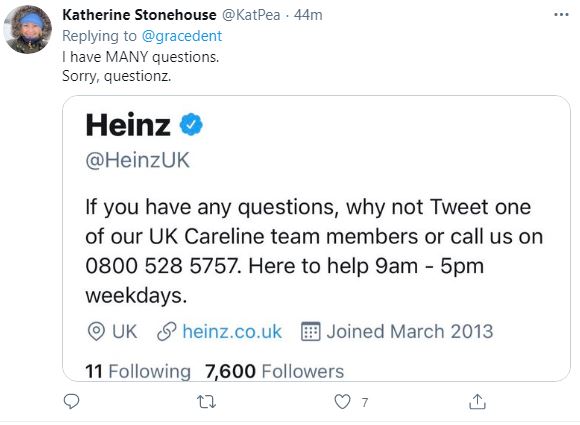 And smoothie company Innocent joked: “Even we wouldn't do this. We're not monsters.”

KFC added: “Alexa how do I delete someone else’s tweet?”

Dominos continued: “Us: Pineapple on pizza is the most controversial food ever. Weetabix: Hold my spoon.”

The NHS even got involved, writing: “That tweet should come with a health warning.” 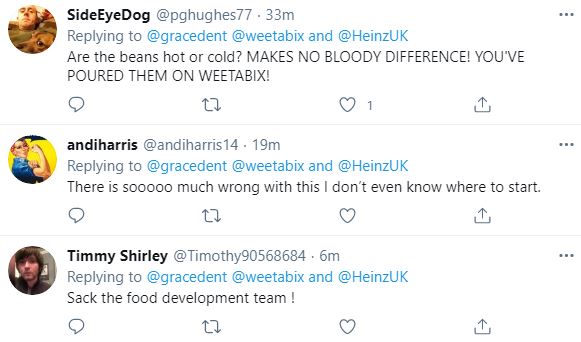 Weetabix appeared unaffected by any criticism, and said: “Sometimes the people we like don’t like us back, and there’s nothing you can do about it. No hard feelings.”

Matt Mill, Marketing Lead at Heinz Beanz, said there was no current official partnership between Heinz and Weetabix.

He said: “Well, the combination of two of the country’s most loved breakfast foods has certainly bean causing quite a stir on social media!

Vote for your Fabulous Mum of the Year and WIN

Do you know a mum who deserves some extra recognition? We want to pay homage to the best mums in Britain.

During the pandemic they’ve been busy juggling childcare, homeschooling and work, with the added stress of worrying about the health of elderly relatives and vulnerable friends.

It’s never been a harder time to be a mum, so this year it’s even more important to honour the amazing women in our lives.

Nominate her for our Fabulous Mum Of The Year Award and she could win an overnight stay for two at a Champneys spa of her choice complete with a Gold package, which includes four relaxing treatments for the ultimate pampering experience.

Two runners-up will Champneys goodie bag worth £50 plus a £100 M&S voucher and £200 Nutmeg at Morrisons voucher, and all three mums will enjoy a makeover with our glam squad before taking part in a photo shoot for the magazine.

If you want to nominate a mum then fill in the form here.

To enter, upload a photograph of the mum you are nominating and explain why they deserve to win.

The deadline for entries is Sunday February 14 and one winner and two runners-up will be announced on Sunday March 14. Good luck – we can’t wait to hear from you!

“And who are we to judge how people serve their Beanz?

“But if you ask us, Heinz Beanz on Weetabix is a winner for a protein-filled start to the day. Don’t knock it until you’ve tried it!

“We strongly believe that our Beanz taste great with everything, whether this be Weetabix, on toast, or with your roast dinner, we believe Beanz are a delicious addition to any meal.”

We shared how baked bean lovers were furious after Heinz shrink cans.

And from which Brits eat most to why they give us wind, fun facts about baked beans – the UK’s favourite lockdown food.