BARRED from restaurants and denied entry to holiday parks, Caitlin and Lizzy Mac know only too well the brutal discrimation that travellers in the UK face.

But these girls are fighting back – using video-sharing platform TikTok to crush the stereotypes. 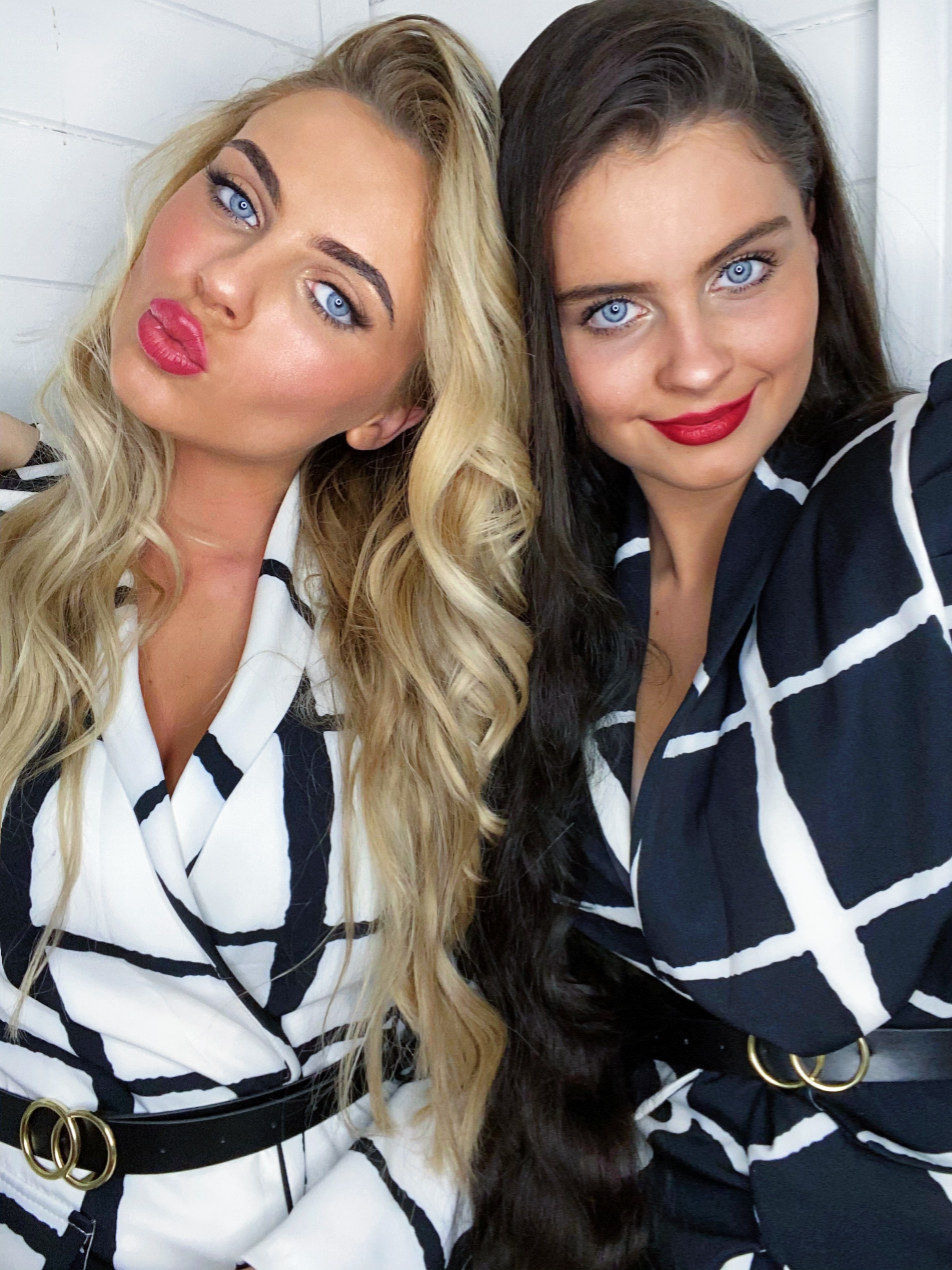 “We have been treated like dirt,” says Caitlin, 18.  “People will call us names as well, like Pikey, Dosser, Tinker, Gypo, and Knacker – but we are just humans.”

Since they began in 2019, the sisters have racked up over 435k followers, with fans fascinated by this glimpse into a world traditionally shrouded in secrecy.

And now, they’re fronting Caravan Queens, an exclusive, brand-new YouTube series with Fabulous – revealing what life is really like in the travelling community.

In the six-part special the sisters will be giving a no-holds barred insight to different aspects of their lives, from a tour of their home to a discussing traveller relationships and the strict rules they have to follow. 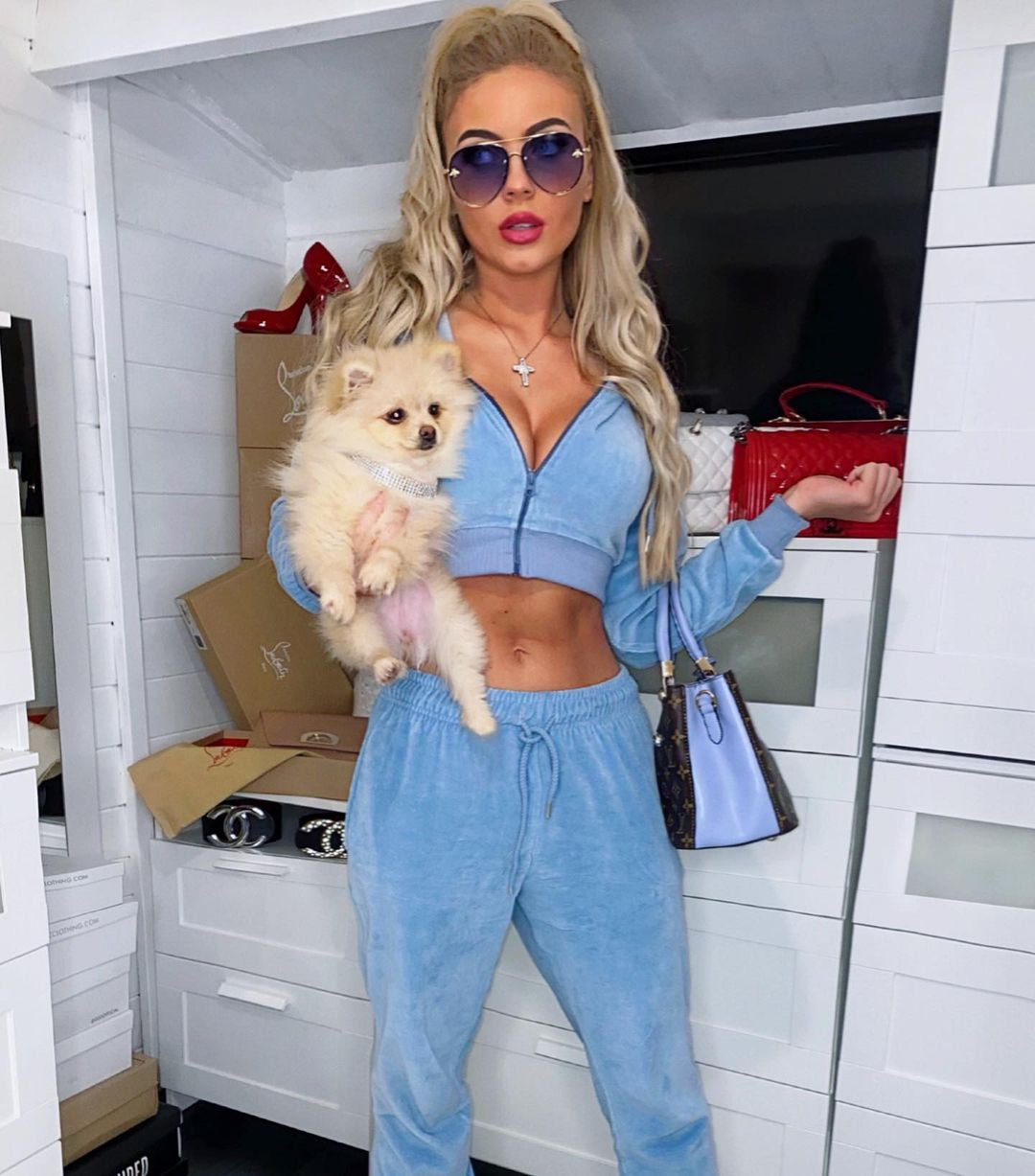 “There are so many bad stereotypes of us, and it hurts us – it makes it really difficult to just live normal lives,” says Lizzy, 20.

“We want Fabulous viewers to learn more about the real us. We get turned away a lot of the time from restaurants and pubs. Even if we have pre booked some restaurant owners won’t let us in because we are travellers.

“And it’s really difficult, if you ever want to throw a party or hire a venue for a wedding, because a lot of places think there is going to be trouble so will say no.”

People call us names like Pikey, Dosser and Tinker

Last month it was discovered that holiday firm Pontins was operating a blacklist as part of a system of routine discrimination against Gypsy and Traveller families.

An investigation by the Equality and Human Rights Commission (EHRC) found that the company had been using the blacklist of mainly Irish surnames as part of a policy of refusing bookings by Gypsies and Travellers to its holiday parks.

There were 40 names on the list, including Boyle, Keefe, Gallagher, O'Donnell,Murphy, O'Reilly – and McDonagh, which is Caitlin and Lizzy’s full surname.

Pontins has since agreed to change its working practices. 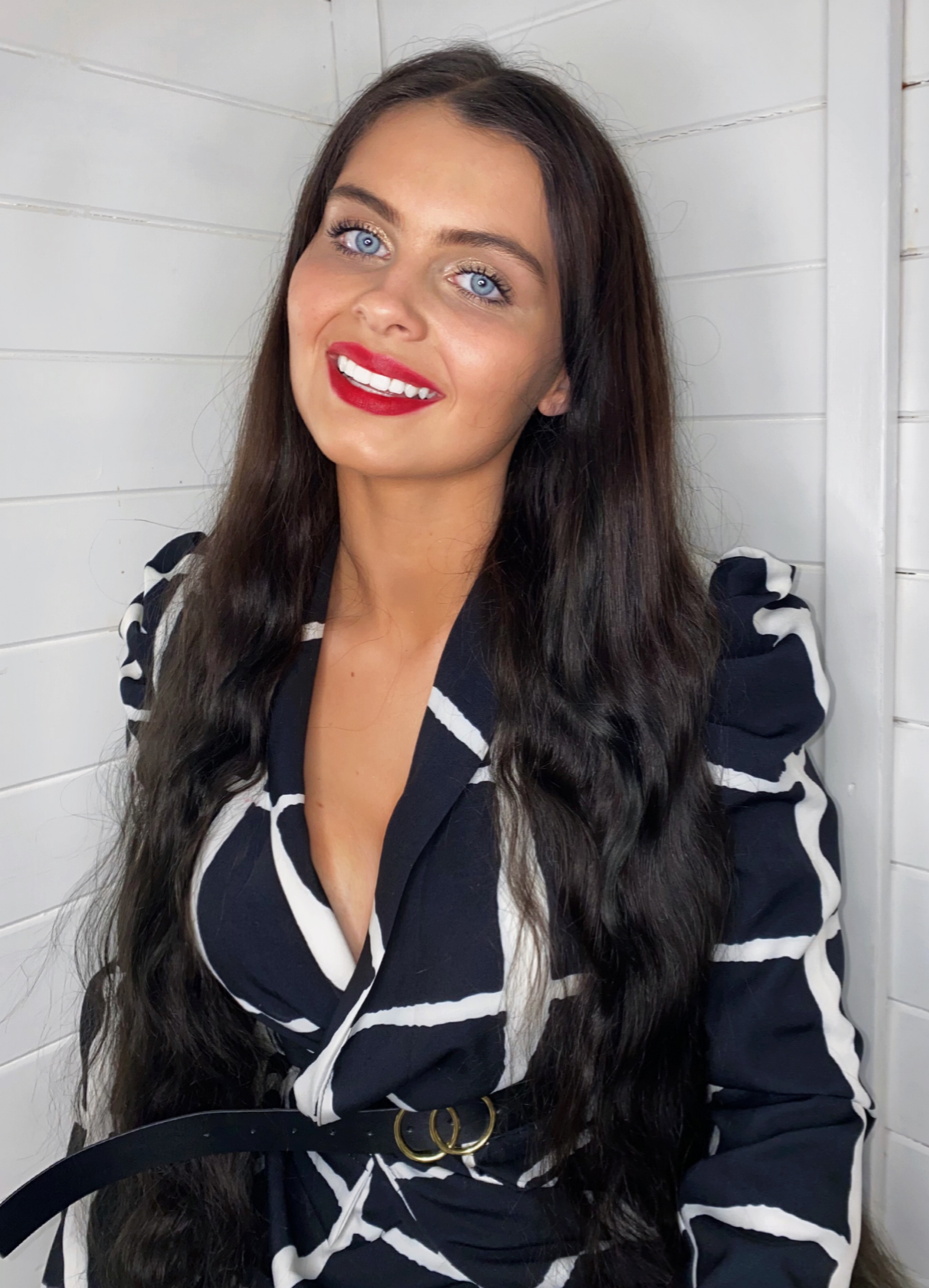 Lizzy says: “One time we were booking Pontins Southport holiday park but we were turned away at the door as they said they were overbooked.

“Then it turned out a few weeks ago how all travellers were blacklisted from Pontins and it was done by our surnames, so it makes sense why we were not allowed.

“This just shows another example of how non-travellers find it acceptable to exclude us from society.”

Caitlin adds: “We have also been barred from most pubs, restaurants, food shops, nail and beauty salons, leisure centres and social clubs – and it is not right.” 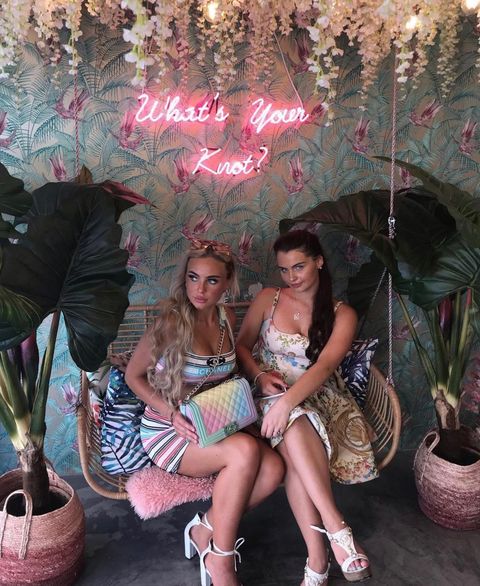 The sisters, who live with their mum and four siblings on a caravan site, in St Albans, Herts, also want to address the misconceptions about the traveller lifestyle.

“People think that all travellers live on private land or  set up camp on a farmers field, and leave rubbish everywhere. But we don’t,” says Lizzy.

“We both lived in a house first, and now we live on a site, which has been made by the council. We’re not going around causing trouble.

“We are all individuals and should be judged only by our own actions, not by the behaviour of a small minority of individuals from our community. 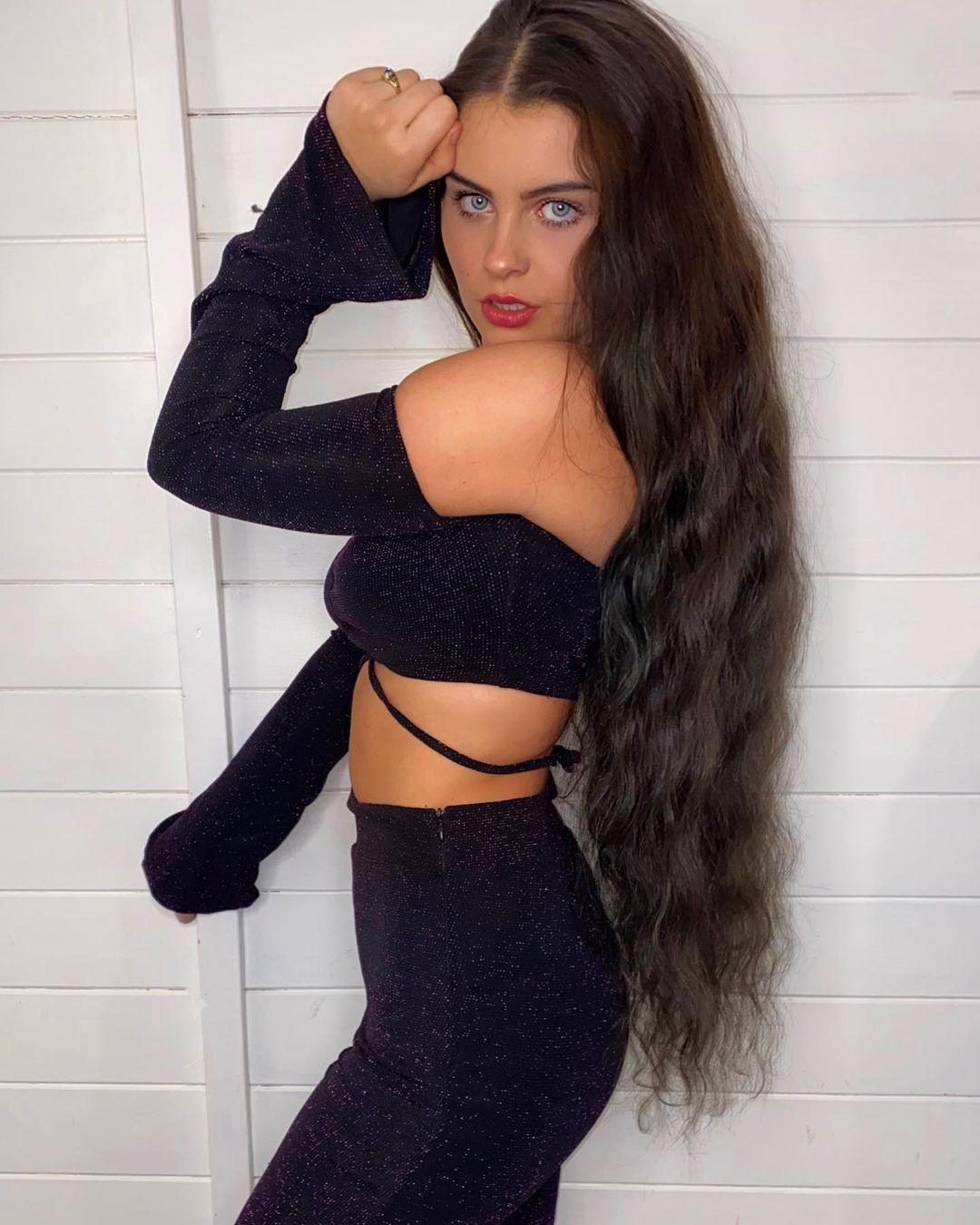 “Tarnishing all travellers with the same brush is a stereotype I hope all non-travellers can overcome one day.

“We are humans – we are not going to start a fight. Don’t judge a book by its cover, no matter what religion or race, or ethnicity. That is discrimination and it needs to end.”

As for TV shows such as Channel 4’s My Big Fat Gypsy Wedding, the sisters say they haven’t helped the public’s perception of them.

Caitlin says: “We are a very private community. Not many non-travellers know anything about us, so when these documentaries are shown it doesn’t help.

We do not have arranged marriages, that was maybe a couple of hundred years ago. I don’t know where that idea came from.

“There are very few documentaries about travellers, and the ones that do exist portray a negative view of us.

“There was a show last year called The Truth About Traveller Crime. It talked about travellers and theft, vandalism, and violence.

Lizzy adds: “We are an ethnic group, so it’s like saying the truth about Jewish crime, Indian crime, Arab crime. You just won’t see those shows.” 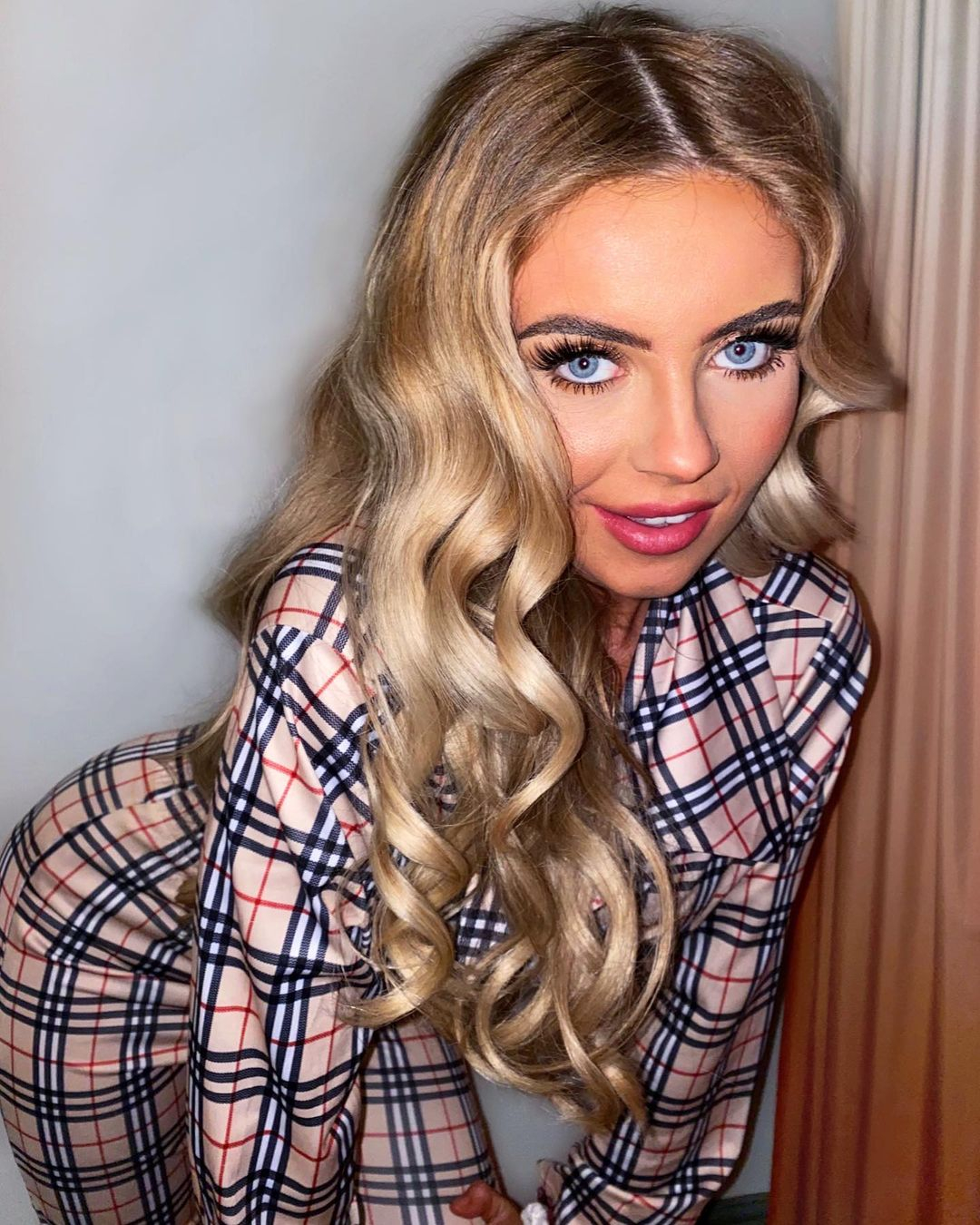 Caitlin and Lizzy both went to primary school and an all-girl Catholic secondary school, where they each got 10 GCSEs each, grades A to C.

“And everyone thinks that we cannot read or write but me and Caitlin have had a full education.

“Some travellers won’t go to school because of bullying and prefer to get home-schooled instead. This isn’t necessarily the norm, it varies and it’s mostly boys.

“We want to work as well, and we do this with our social media.

“A lot of people think the women can’t work, which isn’t the case most of the time. I know  a lot of girls that do work and have their own businesses.”

The sisters say weddings are momentous occasions which mark the end of childhood and the start of womanhood – but stress that it’s on their own terms. 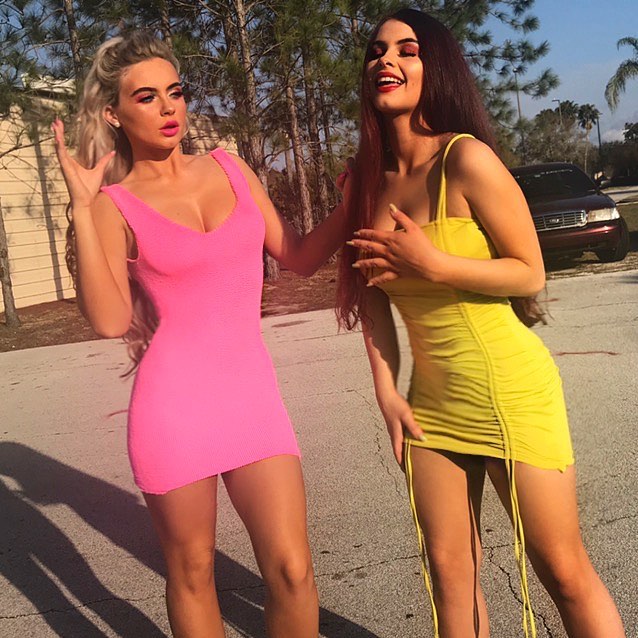 Lizzy says: “We do not have arranged marriages, that was maybe a couple of hundred years ago. I don’t know where that idea came from.

“Everyone assumes all travellers get married at 14 or 15 .

“And to marry a non-traveller depends on what family you have. Some families accept non-travellers but others are very strict.

Tarnishing all travellers with the same brush is a stereotype I hope all non-travellers can overcome one day.

"We would probably have to stay with a traveller, but marriage isn’t on our minds. We want to focus on our careers.

“My parents are very accepting of anything me and Caitlin decide to do in our life. They have always wanted us to get more from life and chase after our dreams.”

As for the perception that travellers don’t socialise with people outside their own community, Caitlin and Lizzy say that is completely untrue.

“We are very open,” Lizzy explains. “There are a lot of [travellers] who are friends with anyone and everyone.”

Caitlin adds: “We think the only thing that is different is our slang – there are old Irish sayings like ‘feen’ which means man. It is just like how English people will say bloke or geezer. 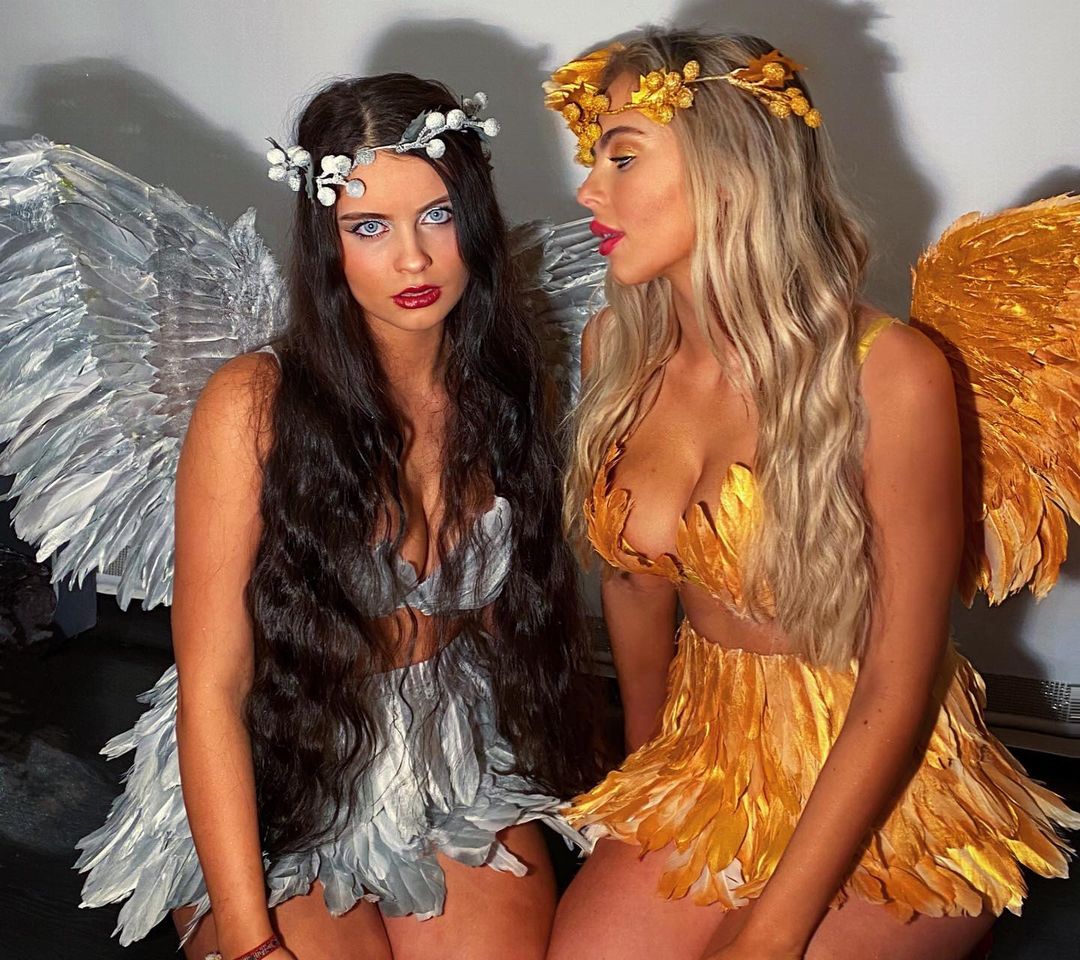 “We want to spread awareness of what we are really like – that we are normal people.”

What is the Irish Traveller slang?