Coco Chanel was famous for many things, including the fact that the brand never went on sale, and likely never will.

Still, for the vast majority of retailers, after Christmas is a prime time to clear stock. In fashion, swimwear needs to make space for coats, cotton shirts for woollen jumpers, and so on. 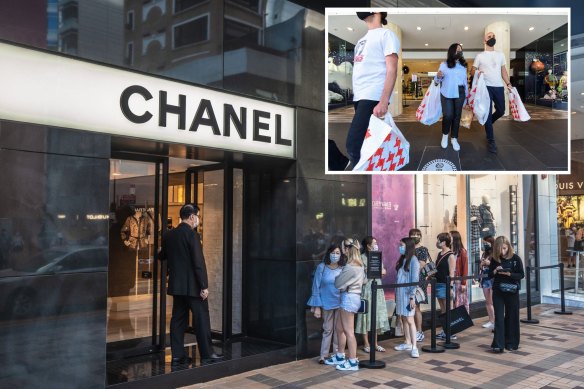 Never on sale at Chanel (main), and shoppers at the 2021 Boxing Day sales at David Jones.Credit:Bloomberg/Justin McManus

The tradition of Boxing Day Sales in Australia goes back to the 1980s, when the major department stores, Myer and David Jones, would lead the charge with huge discounts on everything from fridges to footwear.

According to the Australian Retailers’ Association, consumers are predicted to spend upwards of $1.9 billion on clothing during the sales period, which stretches until the end of January. But what happens to the clothes that don’t sell after that point?

The fashion industry is filled with horror stories of brands burning unsold stock but, thankfully, those days are (mostly) behind us.

“We reset during COVID-19 as to how much stock you need to buy to get the right ‘sell through’,” she says. “We have reduced our level of discounting in the market [and] Australian designer brands and international brands have aligned on that.” 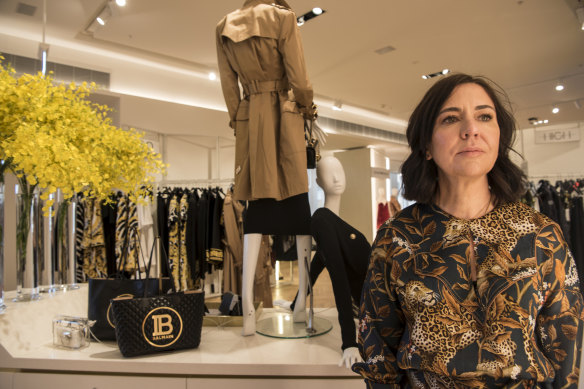 That said, Veals promises customers there are plenty of bargains during sale time. “We manage the stock appropriately as to what offers we give and the age of the product. [We offer] markdowns that put it in the customers’ hands as soon as possible.”

Eventually though, stock that isn’t sold is divided into a few groups: some goes to Thread Together, a not-for-profit started by the original owners of Seafolly swimwear that collects excess clothing stock from brands such as P.E Nation for communities in need; some goes on to the rental market, through David Jones’ partnership with GlamCorner; and then some goes to charity partners such as the Red Cross.

Veals says there’s a spike in sales activity between Boxing Day and New Year’s Eve, then around Australia Day. “Then, it’s literally all over, and off the floor.”

“We wouldn’t necessarily see coats start to arrive until at least March but because of international brands … you could see coats in November, December or January but what that does is service the customer who travels overseas to colder climates.”

Other brands left with excess stock after the season have several options: archive it for their own warehouse sales and outlets, on-sell it or consign it to an online clearance website such as The Dom, Catch or OzSale, or just run it down through online clearances.

At Bianca Spender, although the preference is to create just enough pieces to begin with that a style will just sell out when demand is exhausted, a spokeswoman acknowledged there are sometimes a few styles that are slower to sell.

“Our design structure and range curation, ensures we can carry over pieces to the next season to extend the life cycle of the pieces in a less seasonal way,” the spokeswoman said. “Sale items that are not sold stay within the business and are promoted during further tactical activity online and in studio sales.” 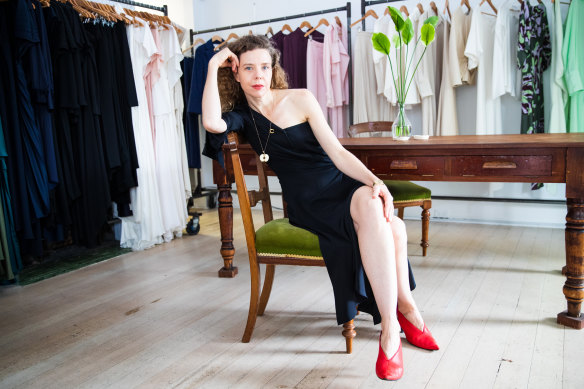 Lucianne Tonti, sustainable fashion expert and author of Sundressed, says a large sales offering is a sign a retailer overestimated how much people will buy, or that they’ve ordered the wrong styles.

“This is a systemic issue within the fashion industry that could be solved with advances in technology like more accurate data and shorter feedback loops to manufacturers allowing for smaller initial orders followed up with re-orders of popular items,” she says.

Business models such as pre-order and made-to-order may help reduce waste but Tonti acknowledges it’s not feasible for all types of fashion businesses.

“Naturally, the trickle-on effect of overproduction is overconsumption. These two things are really at the heart of fashion’s enormous carbon footprint … So the faster we figure out how to reduce the amount of unwanted clothes being made the better.”

Tonti’s advice for shopping at sales is to avoid impulse buys that “you won’t actually wear and will regret later – like a sparkly halter top or a pair of heels you can’t really walk in”. Take a list, and shop by need, not necessarily only by the level of markdown.

And that’s where you can live by another Chanel maxim: take one thing off before you head to the checkout; chances are you’re better off (and better dressed) without it.