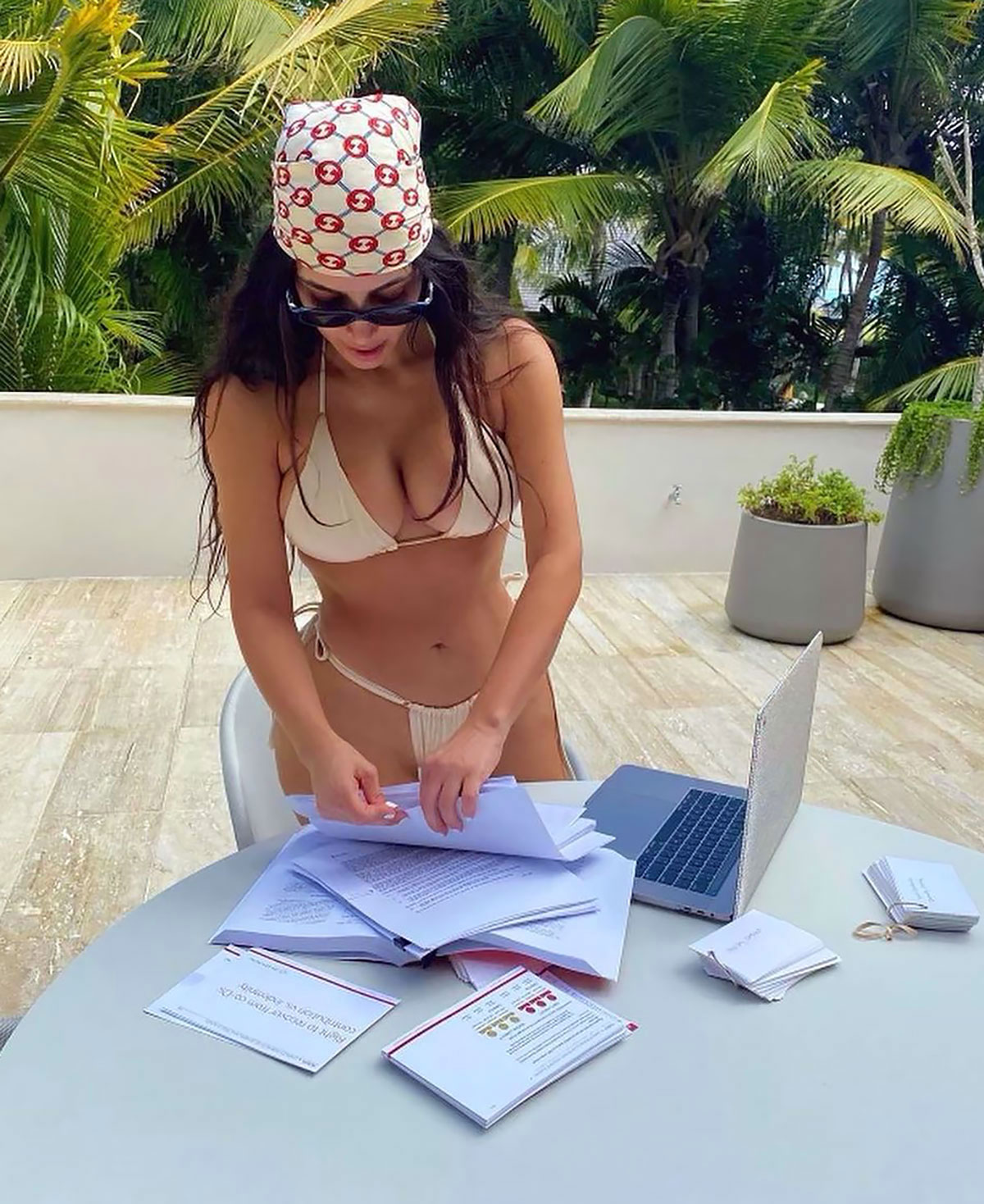 Bar exam and bikinis! Kim Kardashian revealed that she has no plans to scale back her steamy, sexy and scantily-clad bathing suit photos when she’s a lawyer.

During the Keeping Up With the Kardashians reunion special, which aired Thursday, June 17, the 40-year-old Skims founder shared that while she’s given the topic some thought, she’s inevitably decided to keep her social media relatively the same.

“I thought about this and then I thought, ‘You can do it all and you can do whatever you want,’” she told Andy Cohen. “F—k it, I’m 40! There’s something so freeing about feeling like I’m 40 and I’m in the best shape of my life. If I want to post in a bikini studying — I want to.” 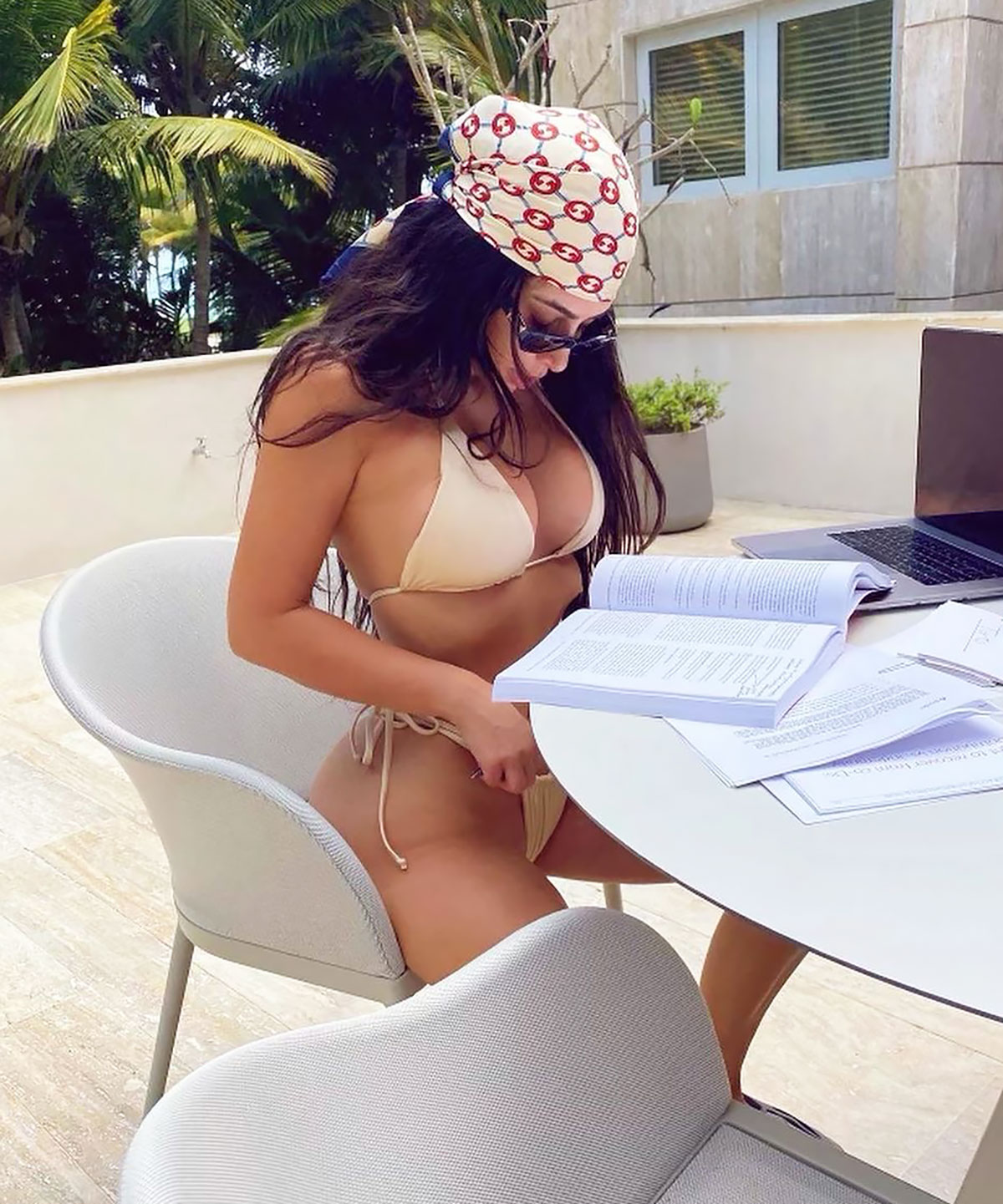 While she has no problem posting thirsty photos to the gram, the KKW Beauty founder also doesn’t want to embarrass her children, North, Saint, Chicago and Psalm, who she shares with ex Kanye West.

“I also don’t want to embarrass my kids or make them feel a way if they’re in high school and I’m the embarrassing mom that posing in selfies and bikinis,” she cautioned. “There will be limits.”

Thankfully, Kim can rely on sisters Khloé, Kourtney, Kylie and Kendall to tell her when a picture is simply too scandalous. The family has “group chats” where they send racy pictures for approval before posting.

Kim explained: “I’ll send pictures to them sometimes and I’ll say, ‘Guys, is this too much?’”

Recently, the beauty brand founder had a snap from her last trip shut down by the family. But even after getting a negative from the Kardashian-Jenner crew, she tried find a work around.

Kylie Jenner Is One With the Beach in Sand-Color Cover-Up, Ocean Blue Belt

“She sent it two days in a row thinking we wouldn’t remember that it was the same photo from one day before,” Khloé laughed.

While it’s to be determined if the bootylicious photo in question will ever be shared to her grid, the reality star has been serving up some seriously sexy photos to her 229 million followers in recent days.

On Thursday, June 17, she showed off her amazing figure in a little nude bikini while playing tennis. She captioned the post: “Tennis anyone?!”