A WOMAN has claimed that a bungling locum doctor's "failed cannula attempt" left her in agonising pain and battling "suicide disease".

Amy Pohl, 25, was admitted to hospital with adult croup but suffered a near-fatal allergic reaction to her medication and rushed to intensive care. 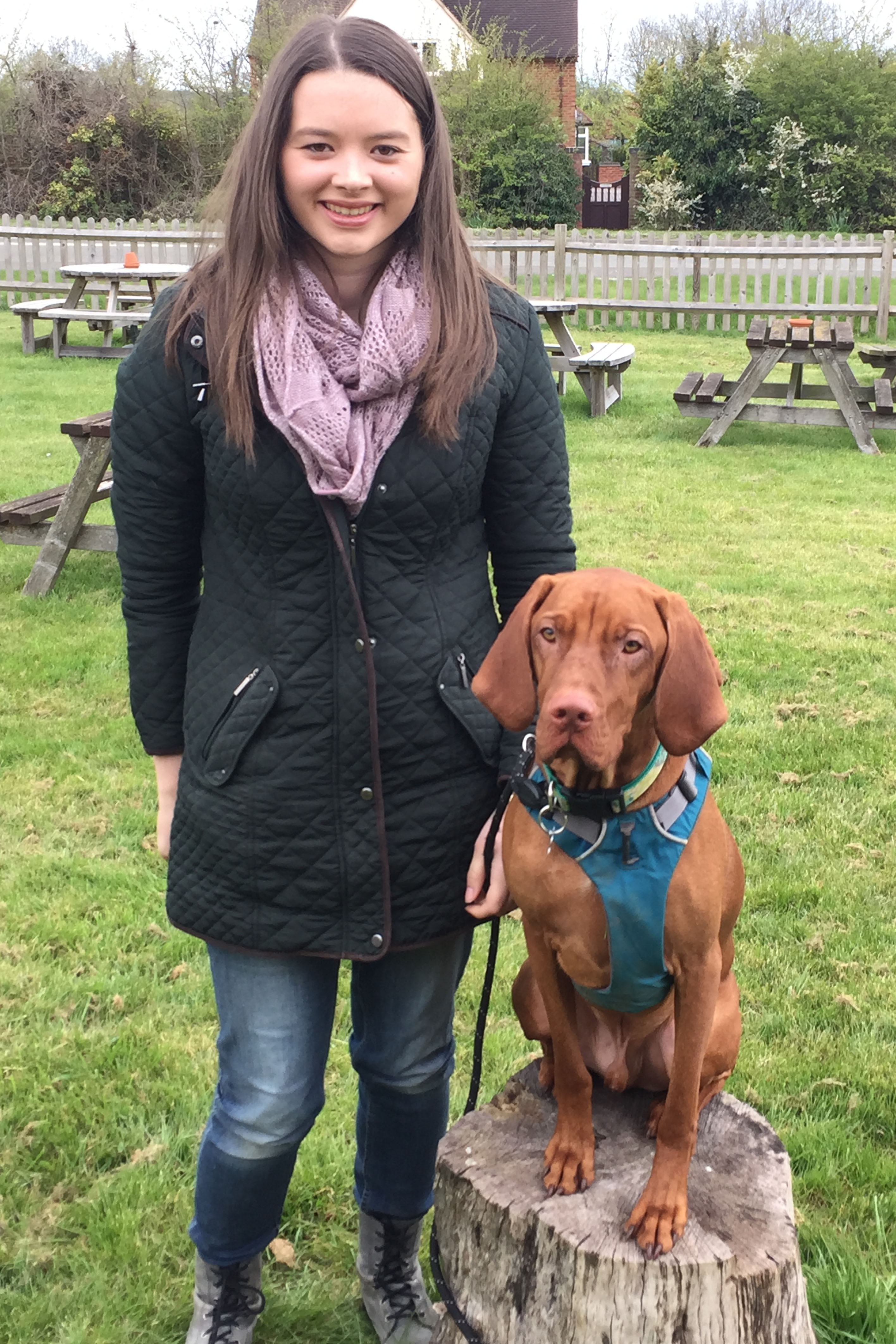 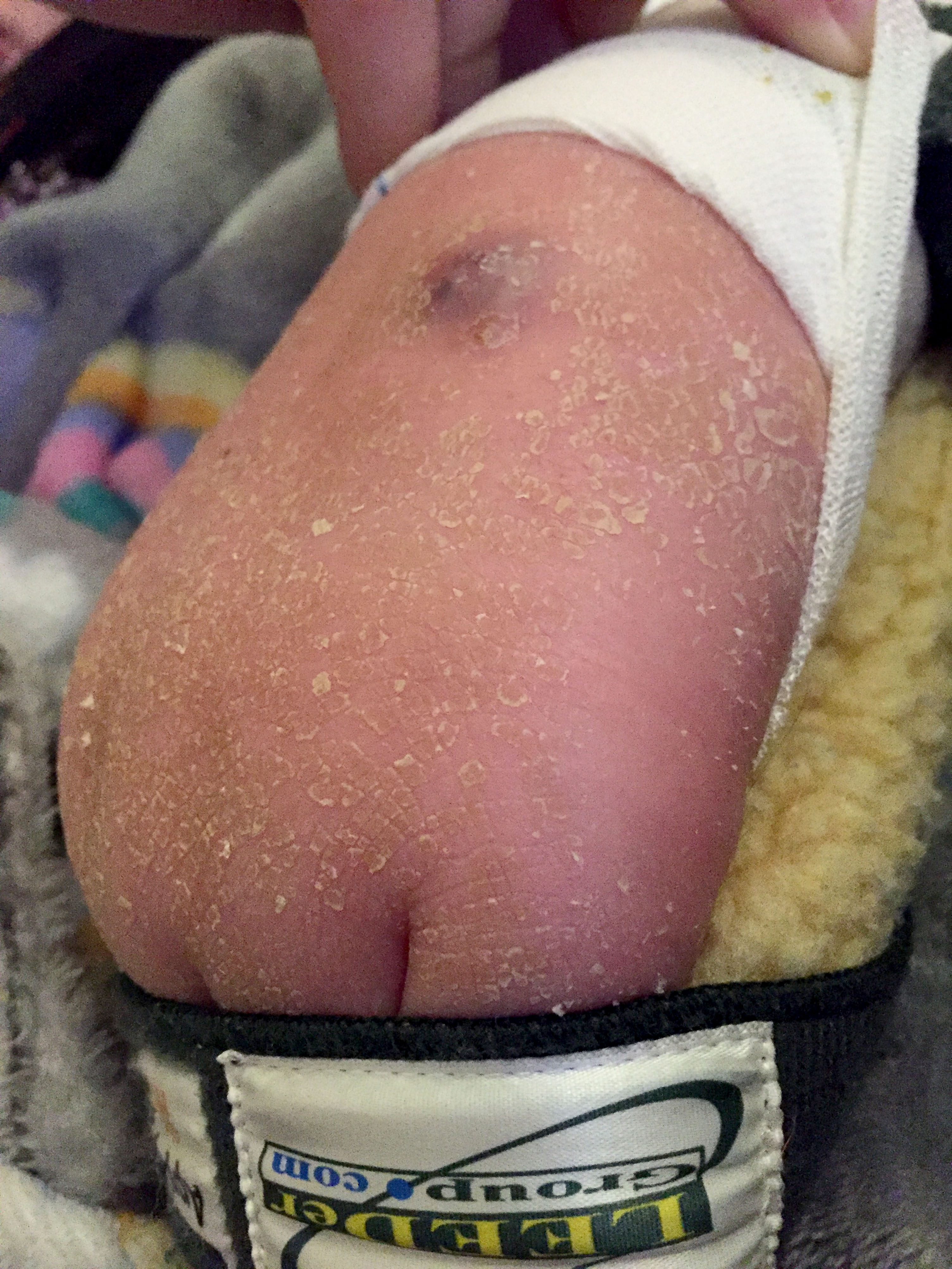 A week later, the primary school teacher developed an infection in her left hand after a failed cannula insertion at University Hospital Coventry and needed more surgery to drain the abscess.

But Amy, from Rugby, Warwickshire, remained in severe agony and weeks later was diagnosed with Complex Regional Pain Syndrome (CRPS).

The poorly understood condition is known as the "suicide disease" due to the high number of sufferers who take their own lives because of the pain.

Amy has lost the use of her legs and has to be fed through a tube after dropping four stone since the diagnosis in January 2018.

She's been in hospital since October 2018 when she tried to take her own life due to the pain – described as being on the same scale as childbirth.

Amy said: “The only way to describe the pain in my arm is like I’m being stabbed by a hundred shards of burning glass.

“I can’t even hug my mum and dad anymore. I struggle when people even breathe on my skin because of it.

“Before I was so independent but now I can’t get dressed on my own, or wash myself. I can’t even turn myself over in bed.

“The pain spread to my stomach and I’m now being fed through a tube because swallowing is too painful.

"When I eat it feels like being stabbed in the abdomen by a burning knife."

Amy says she's is managing about 200 calories a day but has lost around three stone in four months.

She added: “I live in constant fear that the CRPS will spread to another limb.

“The thing that keeps me going is thinking about going back to work. I loved my job so much. It was my life so I just want to get back to doing what I love.

“Before this I was just a normal 25-year-old living my life." 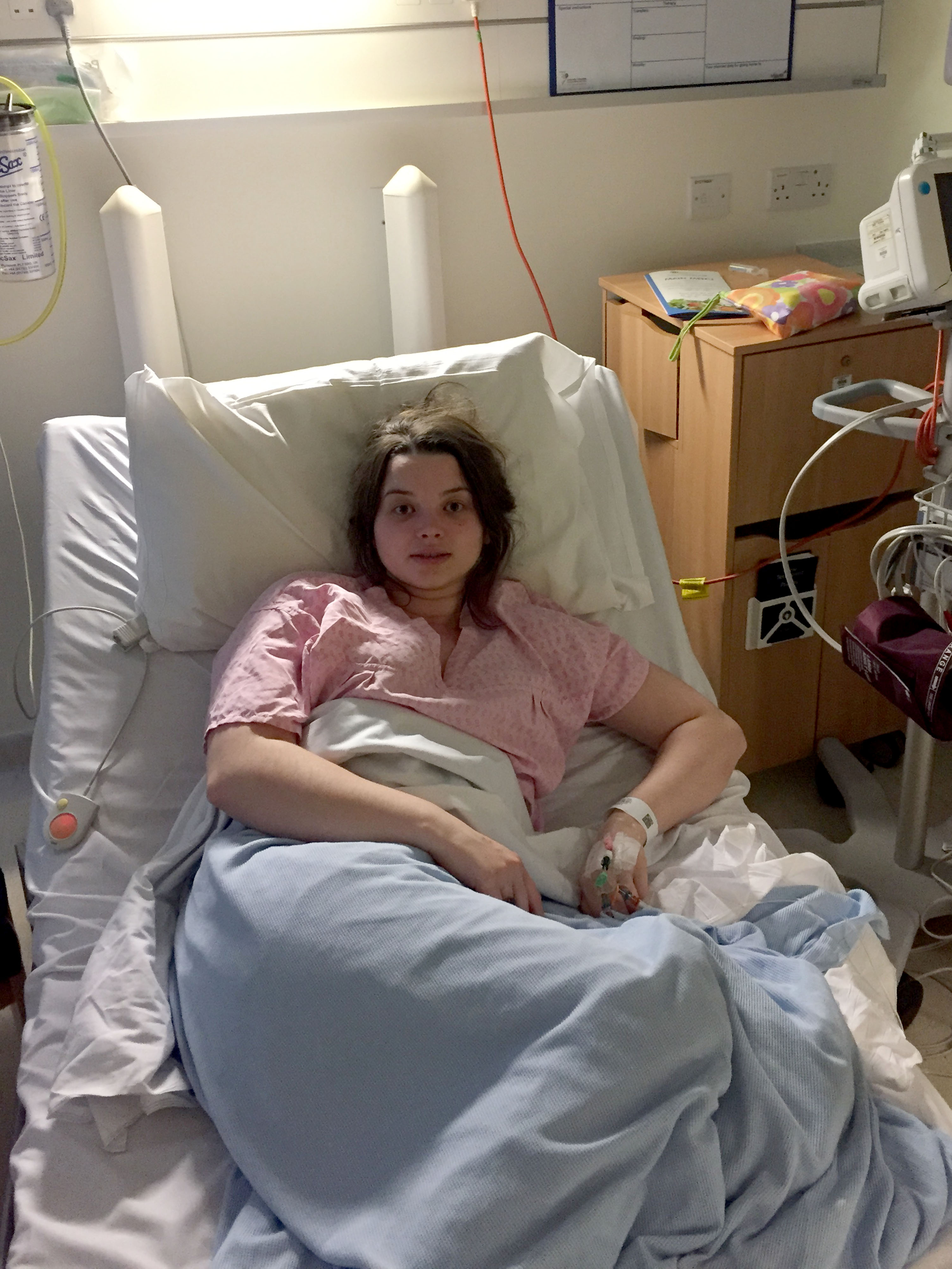 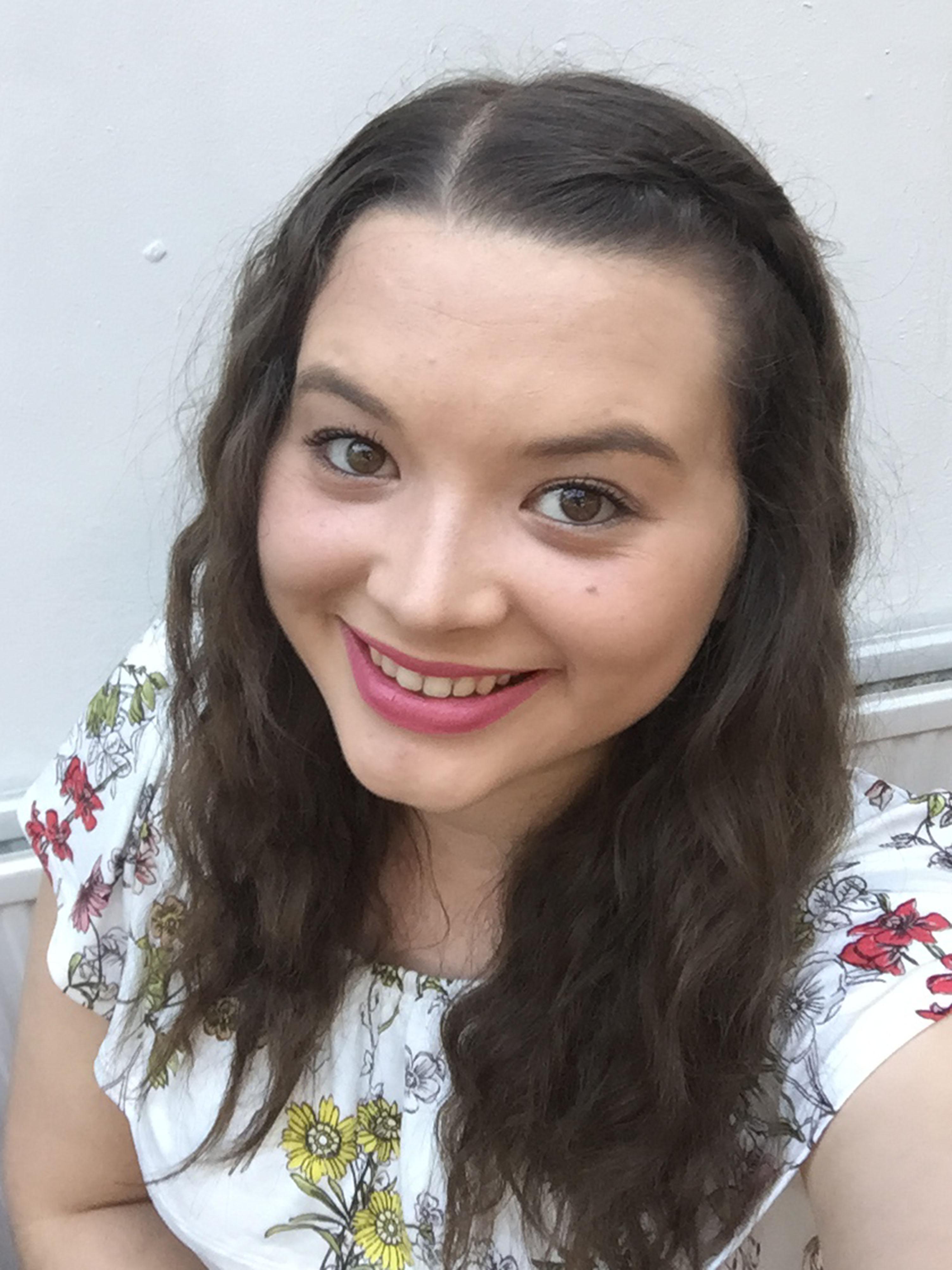 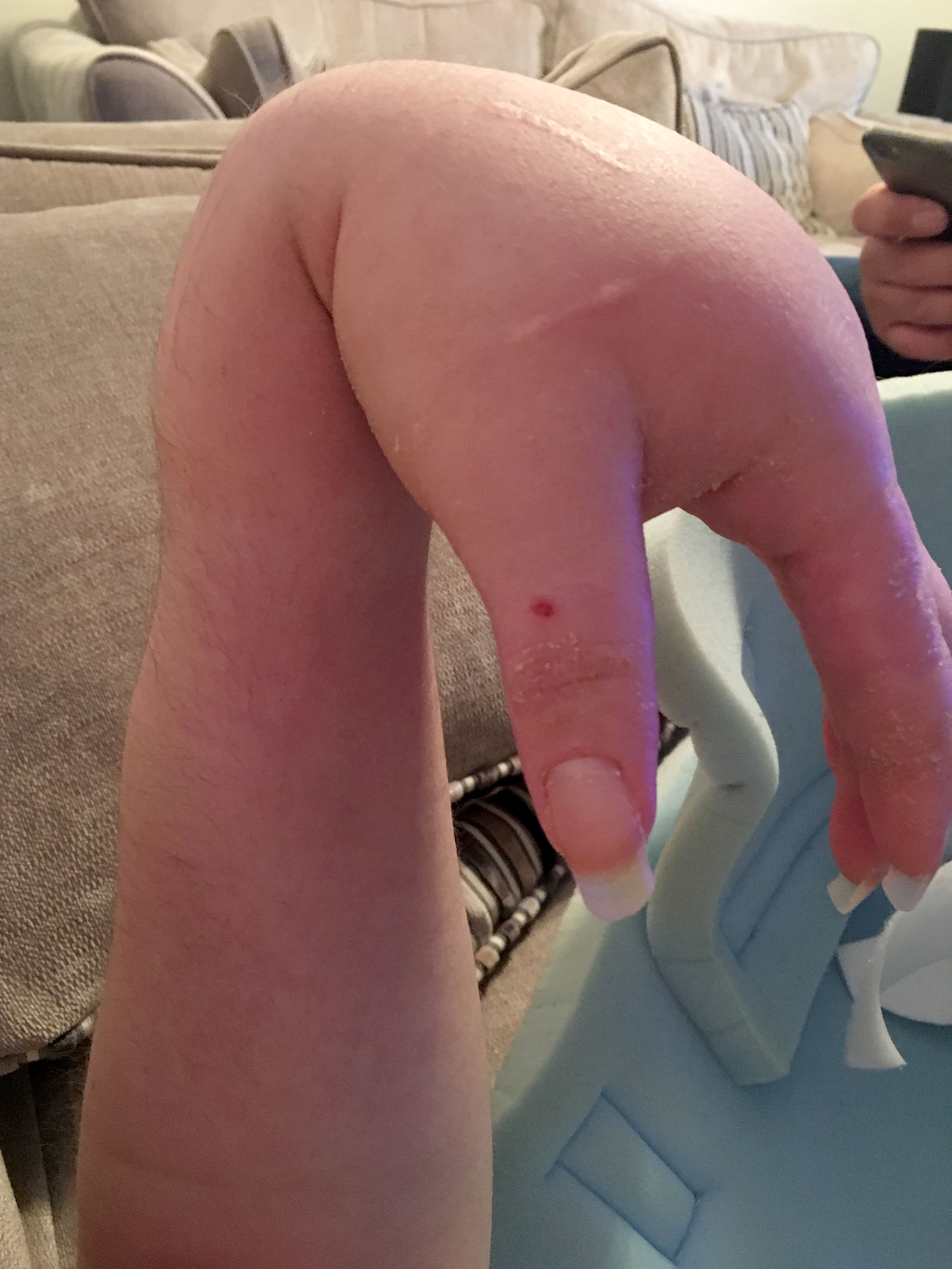 Amy started to feel ill in November 2017 and was diagnosed with adult croup, a respiratory disease more common in young children.

After antibiotics failed to clear it up she was admitted to hospital in December 2017 for more tests.

However she suffered a near-fatal allergic reaction to her medication and was rushed to intensive care, where a locum doctor inserted a cannula.

Amy said: “I remember the cannula really hurting when it went in. I’m not sure if it hit a bone or nerve.”

Her family believe the problems could have started from the "failed cannula attempt" and are currently speaking to a specialist lawyer about the possibility of taking legal action.

Amy said: “When doctors told me I had CRPS, I was so glad to have a diagnosis because it felt like someone believed me but I was also devastated because I know there’s no cure for it.

“I got more and more depressed after the diagnosis.

Complex Regional Pain Syndrome (CRPS) is a poorly understood condition in which a person experiences persistent severe and debilitating pain.

Although most cases of CRPS are triggered by an injury, the resulting pain is much more severe and long-lasting than normal.

The pain is usually confined to one limb, but it can sometimes spread to other parts of the body.

The skin of the affected body part can become so sensitive that just a slight touch, bump or even a change in temperature can provoke intense pain.

The cause of CRPS is unknown, but it's generally thought to be the result of the body reacting abnormally to an injury. 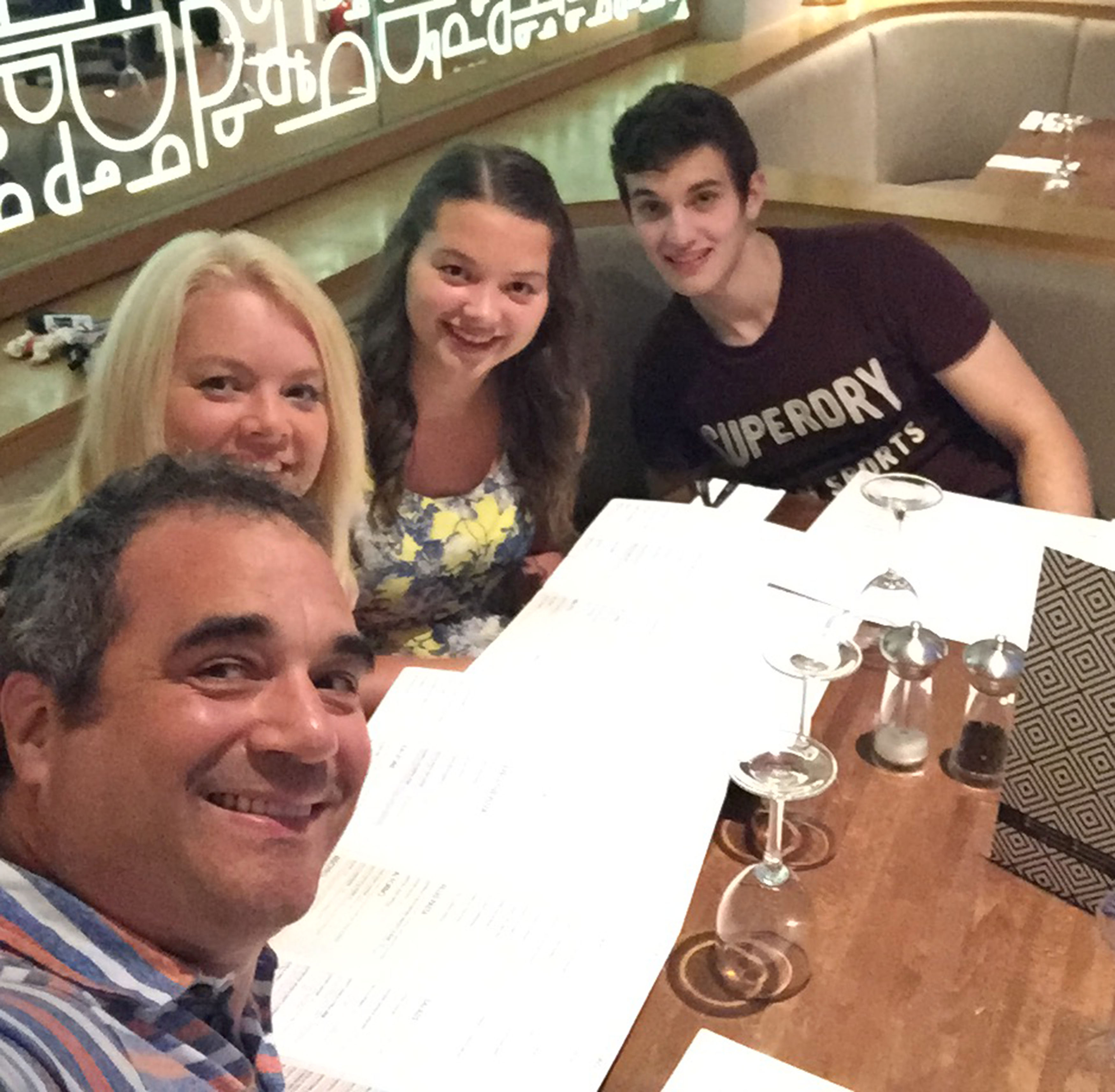 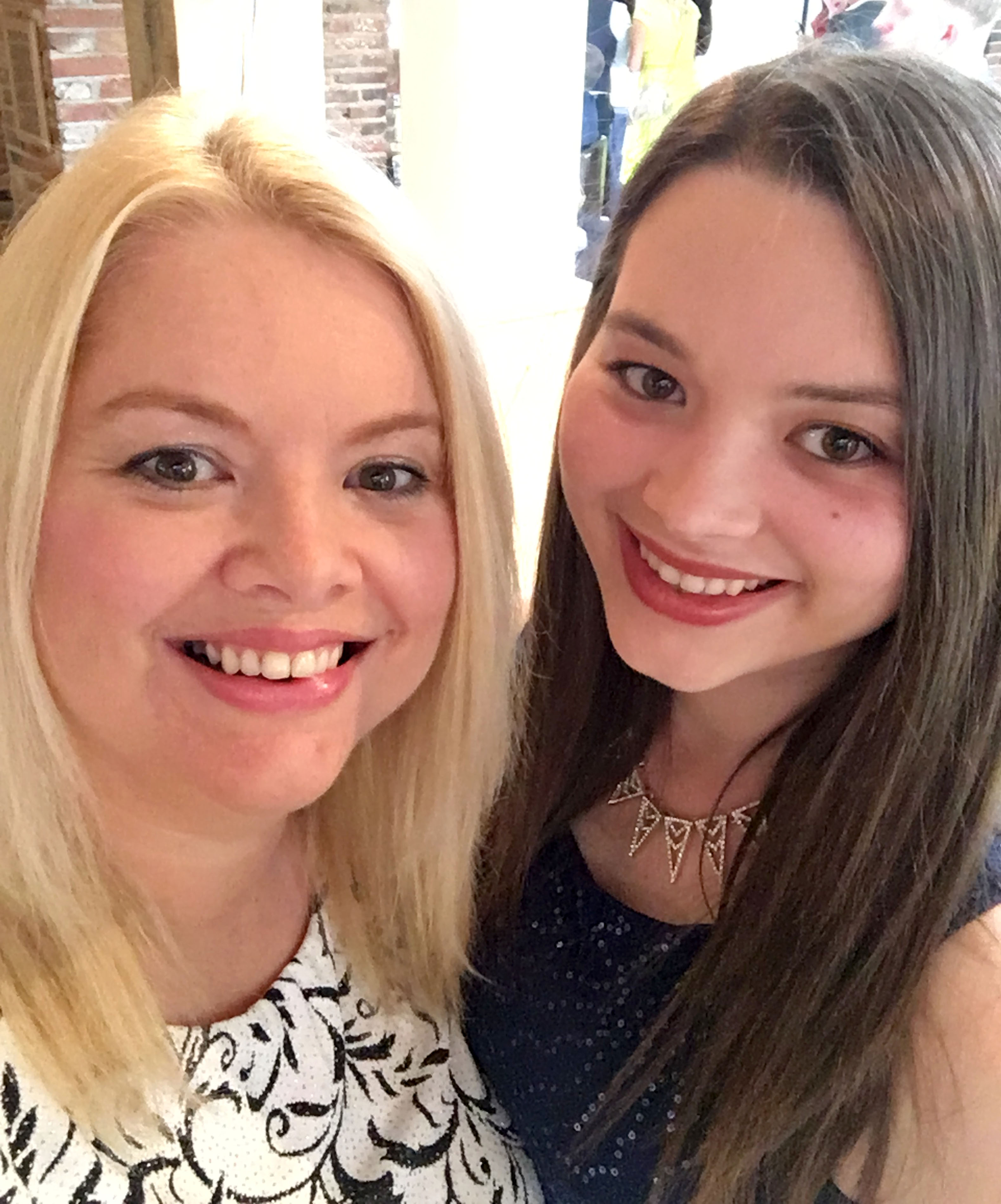 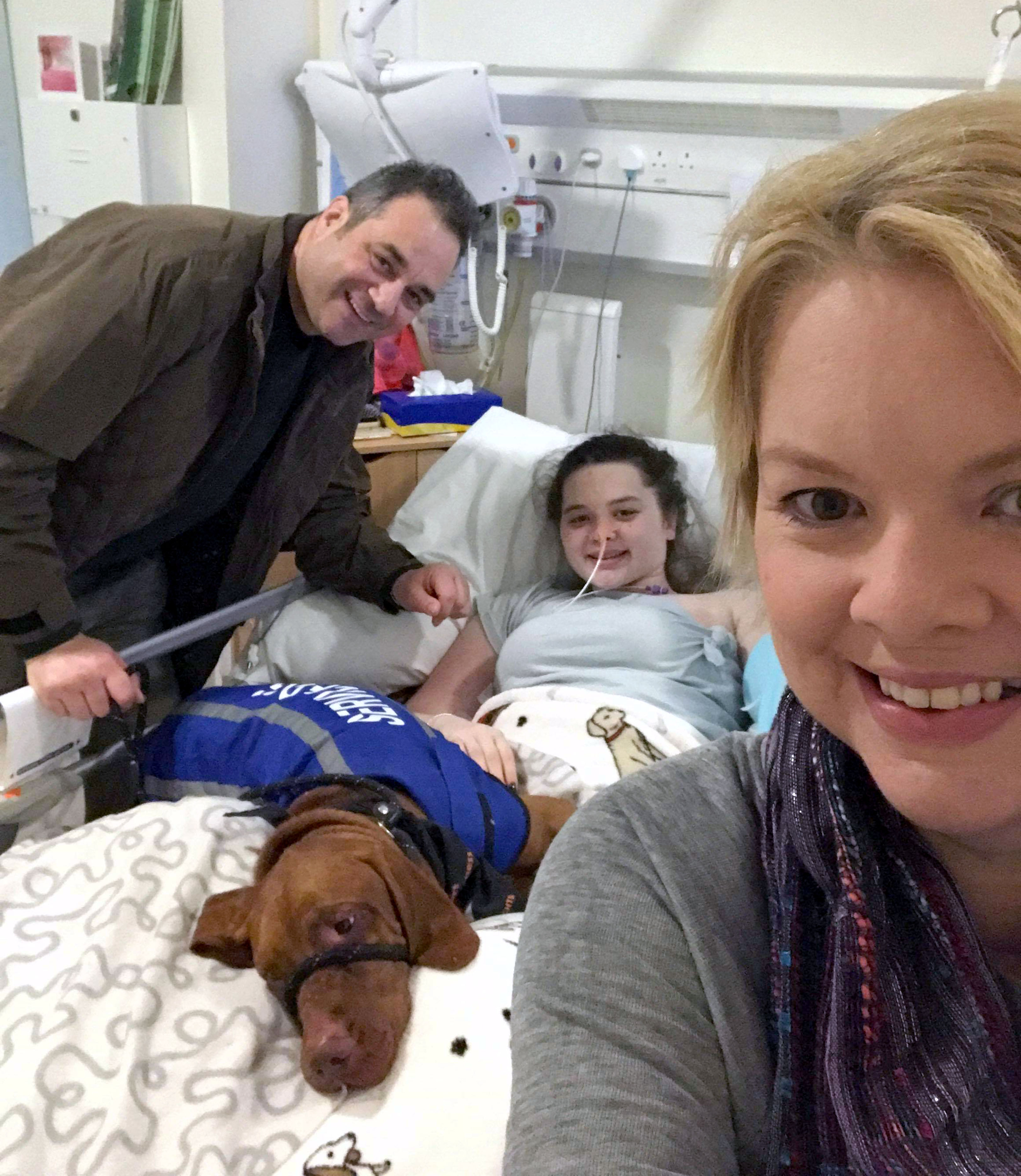 “I kept asking for the arm to be amputated but that in itself is so risky because it can lead to the pain spreading to other limbs.

“During this time my mum was having chemo and radiotherapy after being diagnosed with stage four lymphoma so I was very low."

She said that in May 2018, she attempted to overdose after struggling to cope with the pain.

Amy was allowed home after being treated in a psychological unit but five months later she was rushed to hospital in agony, and hasn't been home since.

Her family claims that, following an MRI scan on Amy's hand, she had a four and a half hour operation under general anaesthetic to remove a piece of the original cannula.

However, the operation proved to be unnecessary because nothing was found.

It was around the same time in October 2018, she was diagnosed with another condition, Functional Neurological Disorder – a problem with the functioning of the nervous system which causes people to lose control of areas of their body.

Amy said: “I was falling over and had brain fog but I was putting it down to the pain in my arm and didn’t want to worry anyone.

“I fell down the stairs. I was telling my legs to move but it was like they weren’t listening. Now I can’t feel my legs or use them at all.

"You can develop FND as a result of chronic pain. Your brain fails to send the correct messages to other parts of your body.”

With Amy facing the next two years in a hospital bed, her family is desperately trying to raise £100,000 to have her treated at a specialist STEPS rehabilitation unit in Sheffield and for further physiotherapy. 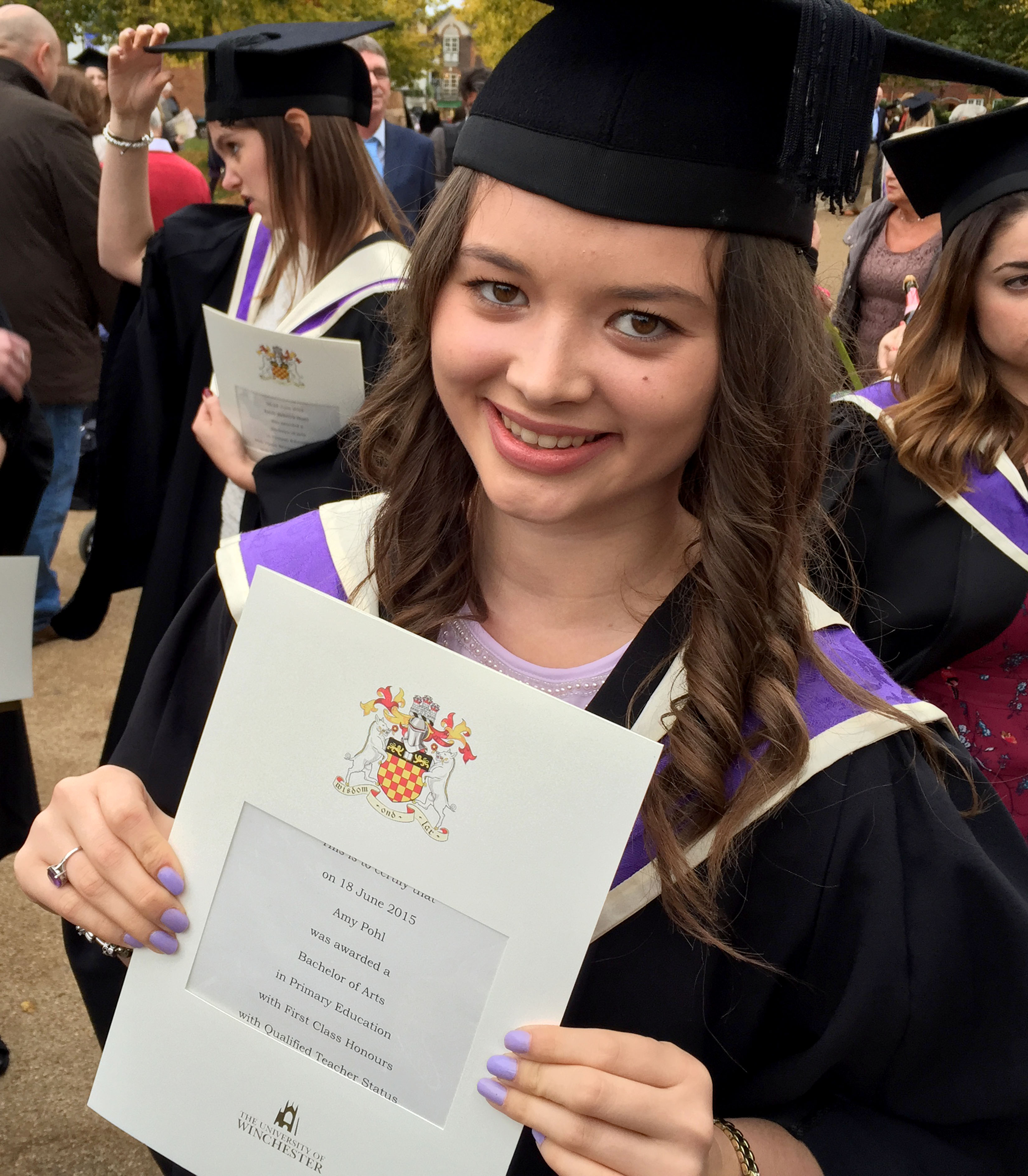 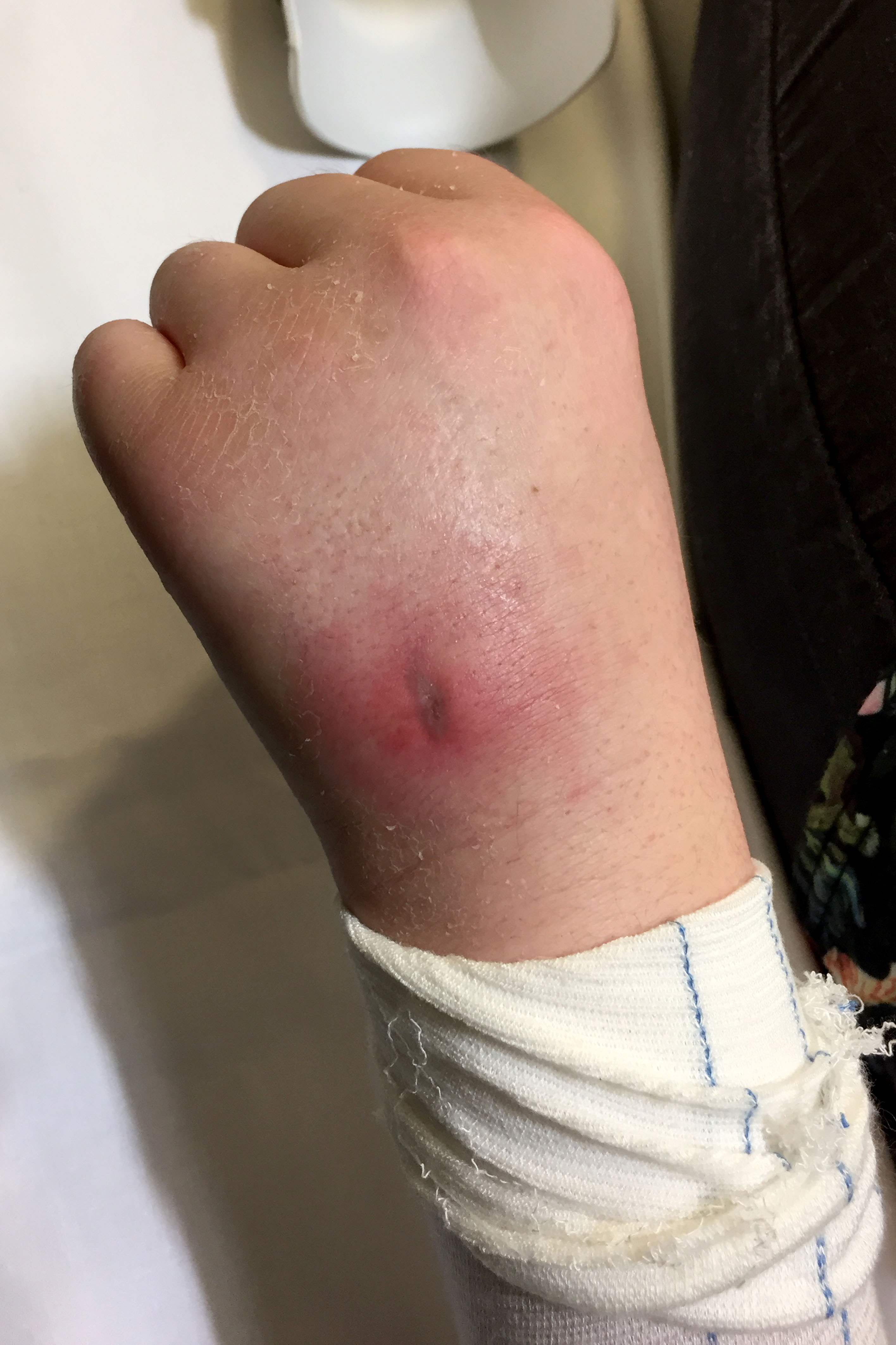 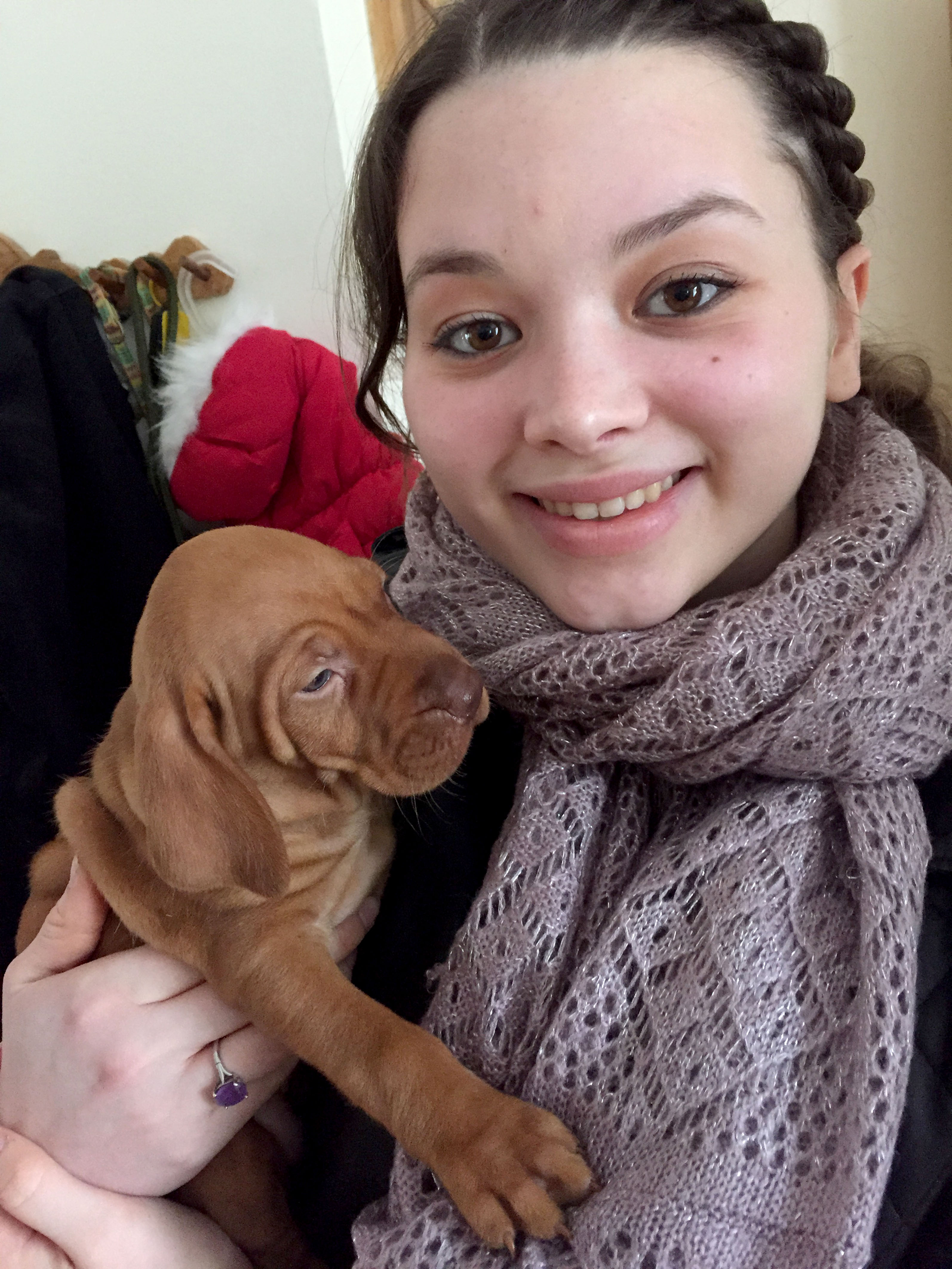 “In these circumstances, we do not consider it to be in the patient’s best interests to comment on their treatment, past or present.

“The Trust will always explore all options for patients to ensure they receive the highest levels of care.” 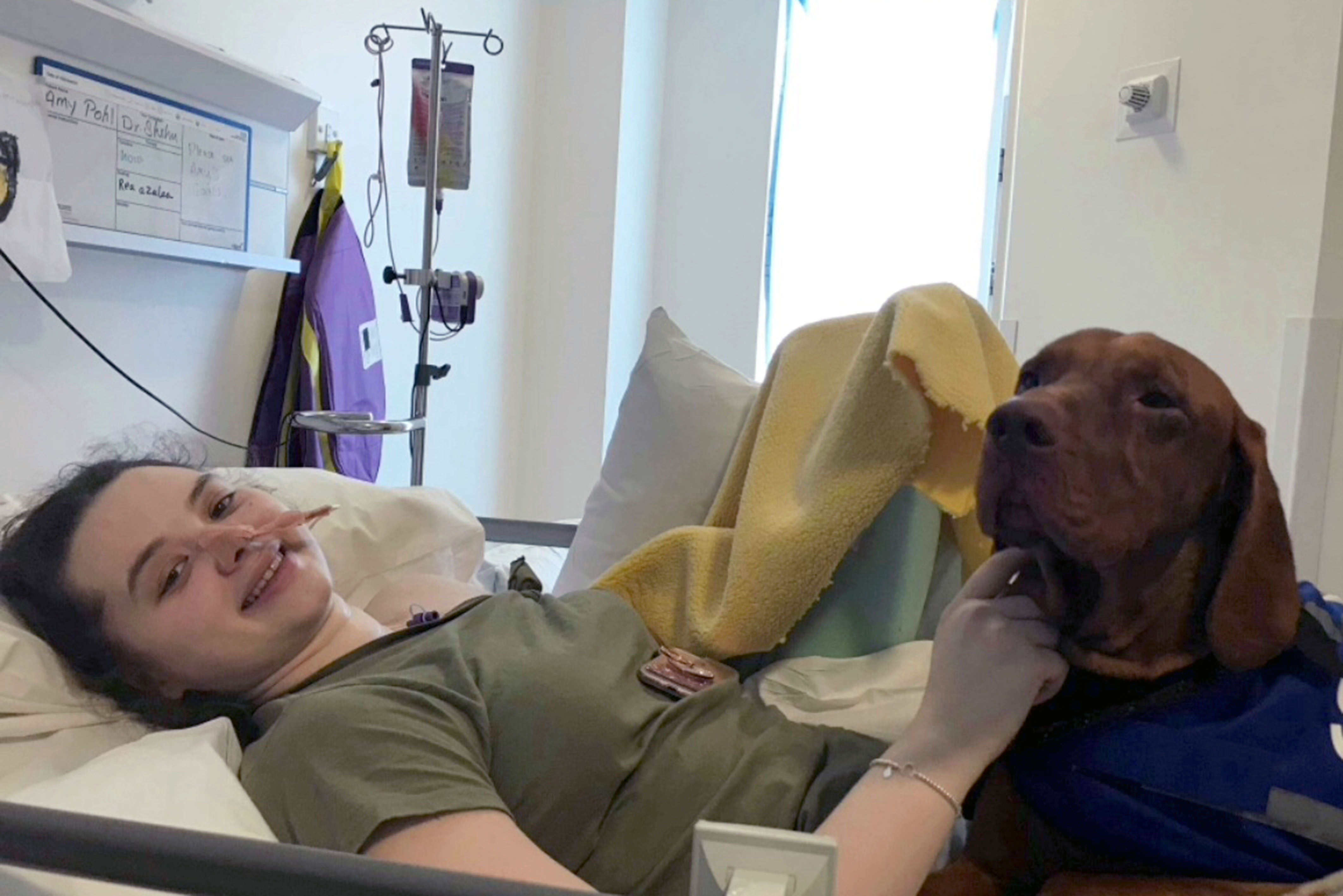 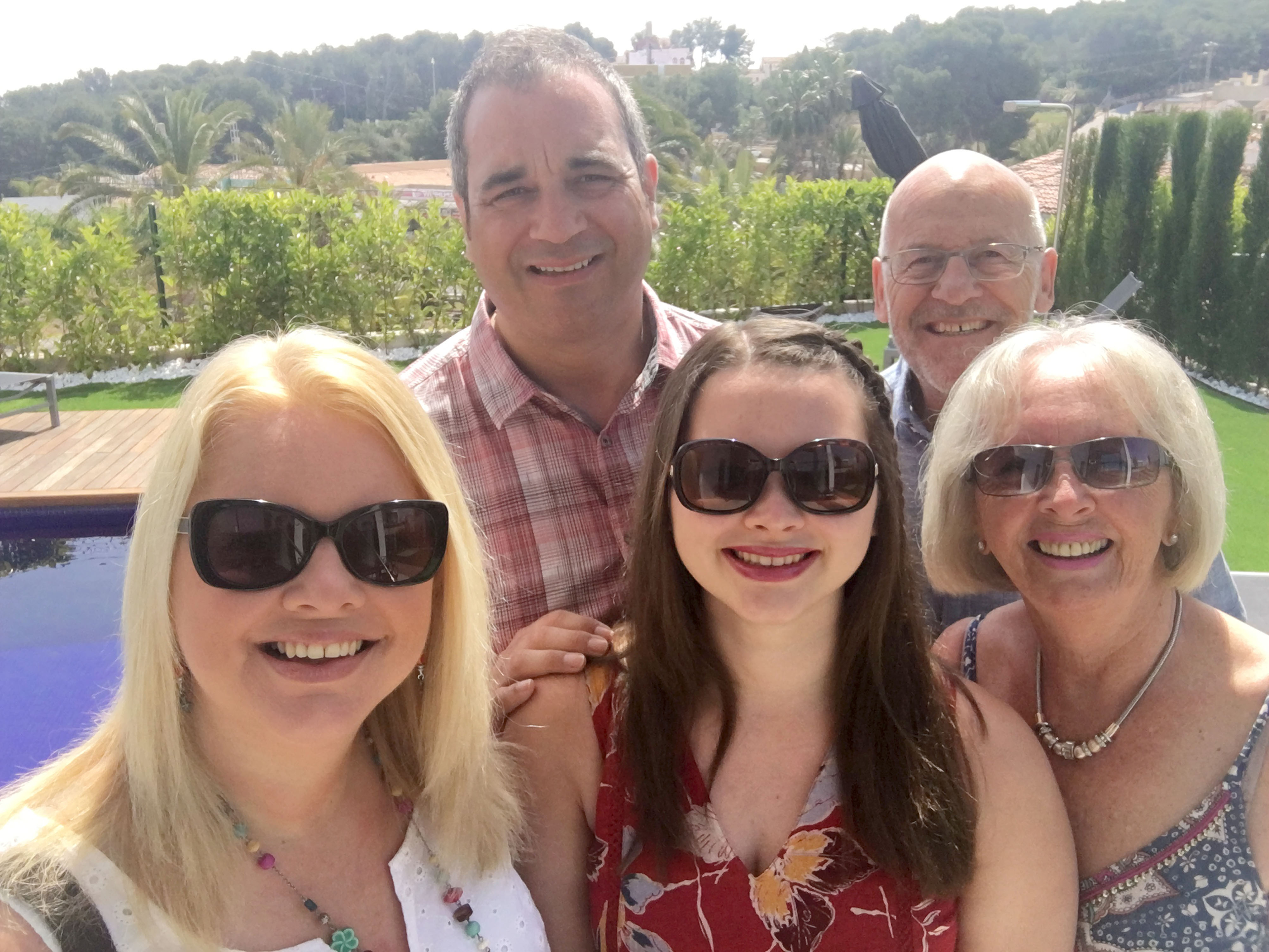 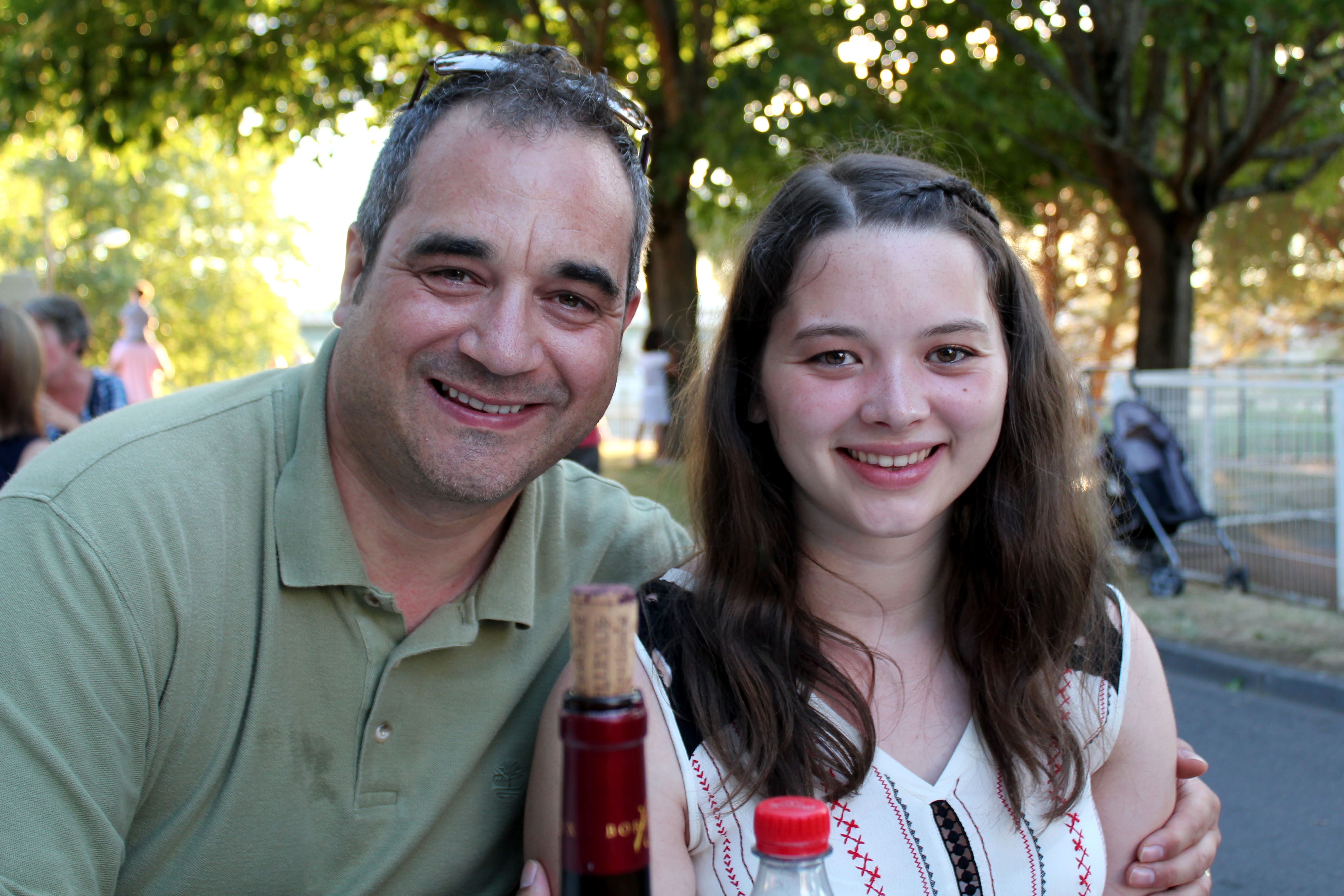