A WOMAN has claimed that she broke out in hives and was rushed to hospital after setting up new garden furniture she'd had delivered from Wayfair.

TikTok user @baby.do11 shared a video online, that has been watched half a million times, where she claims she suffered an allergic reaction while unpacking her furniture order. 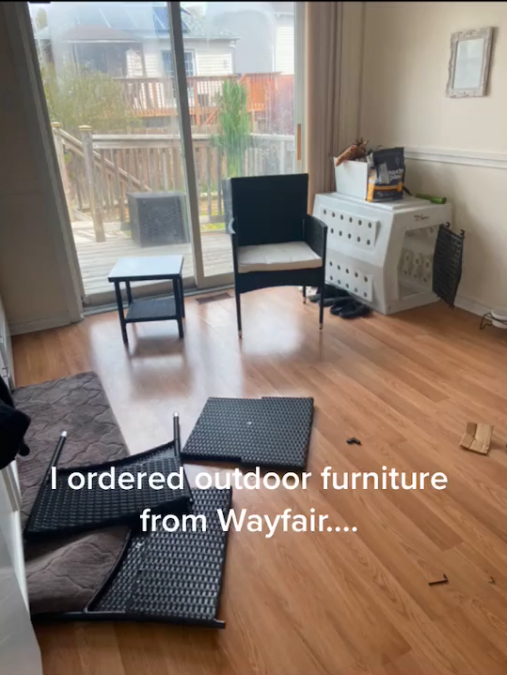 She'd ordered a garden furniture set, but while setting it up allegedly came out in hives and had "trouble breathing".

Sharing photos of the flare up, the woman was seen with red patches over her face and chest.

Photos followed of her in a hospital bed, as she revealed alongside a video of her hair shaking: "I was rushed to the hospital and was given multiple epinephrine shots."

She claimed: "Wayfair what toxic s*** is on your 'brand new furniture'." 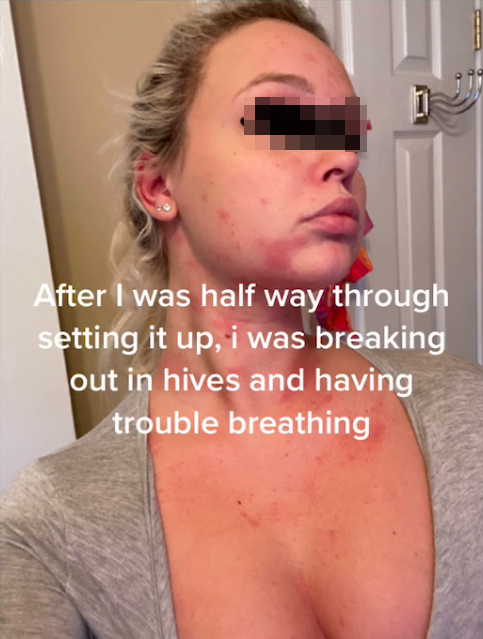 While the woman believes "toxic chemicals on the furniture" caused her reaction, others pointed out that it may not have been sparked by the furniture or its packaging.

"Having an allergic reaction doesn't mean the furniture was toxic, hope you're ok," commented one person.

"You had an allergic reaction not their fault at all," another claimed. 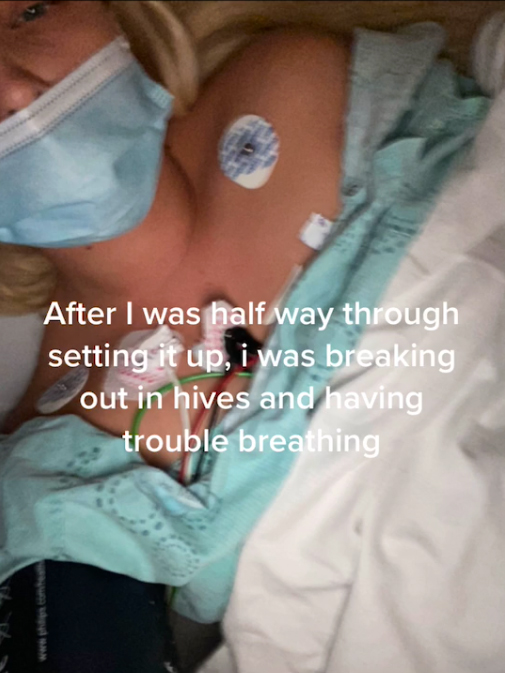 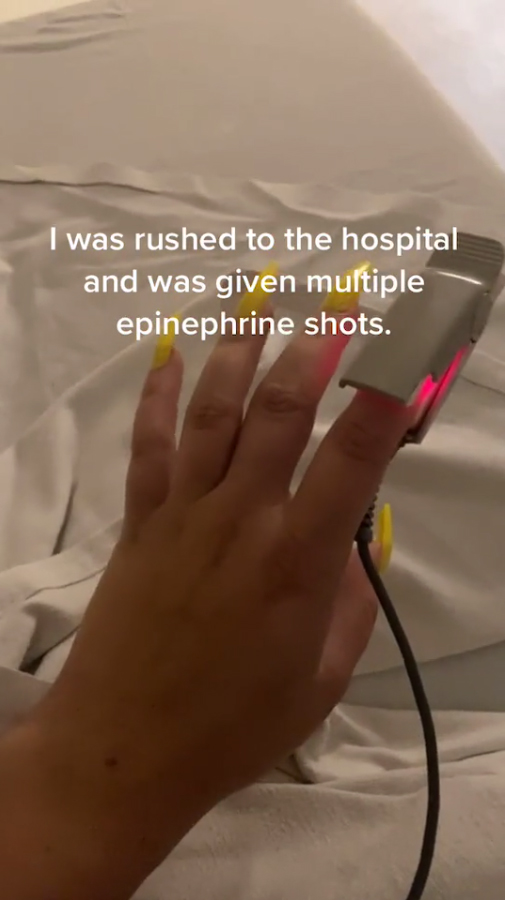 A third offered: "It's not toxic, it's a specific allergy for you. I had a similar reaction to rattan furniture. If its toxic they'd recall as everyone would have the same reaction. It's just unfortunate."

One more posted: "Maybe your allergic to the type of material or something I don't think it's [their] fault."

"Even if it's an allergic reaction for a toxic chemical it's not okay," said another.

"Glad you're ok," said one more person. "That's absolutely ridiculous. I have never heard of this happening before."

Meanwhile, one mum reveals secret hack to score cut-price garden furniture in Tesco as she nabs £95 set for just £23.

Plus, if you're looking for more outdoor inspiration, this mum transforms dingy garden for just £45 using Facebook freebies & B&M bargains.

And this woman turns drab garden into chic space with Amazon bargains and Dunelm egg chairs – and people say it looks BIGGER.