But where most of us own multiple LBDs of all shapes and sizes, one fashion fan has been left a little red in the face after a strappy number she ordered online barely covered her modesty. 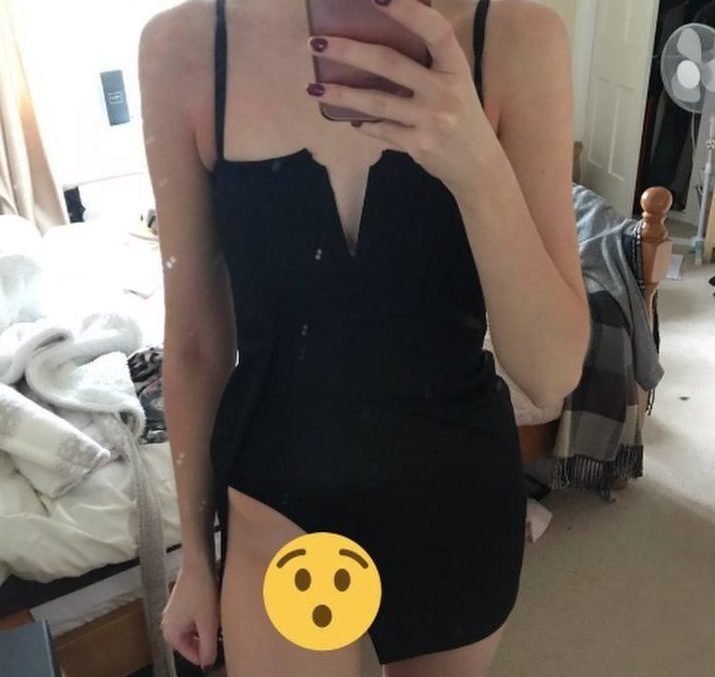 And let's just say, PrettyLittleThing has taken this trend to all new extremes with this outrageous fashion fail.

Despite buying the dress in her usual size six, the plunging design failed to cover Jessica's modesty when it arrived.

Aptly named the "Extreme Thigh Split Dress", the garment retails for £20 online and appears to sit at the top of the model's leg. 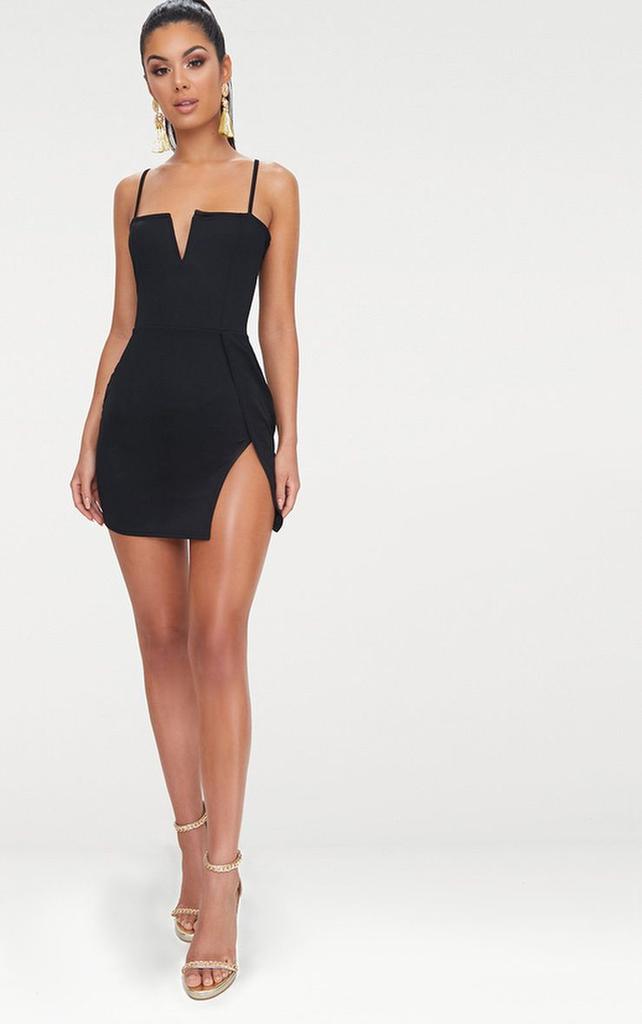 Unfortunately for Jessica, the LBD she received left her underwear totally exposed as the slit crept towards the crotch area.

Unsurprisingly, the teenager from Kent did not end up wearing the dress for her night out and even claims it could have got her arrested for indecent exposure.

Taking to Twitter to call out the bonkers design, Jessica tweeted the brand directly and asked: "Who on earth is this made for??

"People who want to get arrested for public indecency??"

Jessica has now returned the dress but PrettyLittleThing has yet to respond to her tweet.

For more outrageous fashion fails, this woman is boycotting PrettyLittleThing after finding a rusty NEEDLE poking out of her dress.

And this woman's Eeyore pyjamas leave her pals in hysterics thanks to rude design fail on the bum.

Plus this mum had a "confidence crisis" after her teen daughter says her wedding dress looks like "something from the 80s".