A WOMAN has revealed how she gave her hallway an incredible makeover using just a £40 stencil.

Natalie Jenkins, 46, from Hertfordshire, said she had been ‘putting off’ transforming her bungalow’s hallway as she knew it was a big job – but lockdown was the perfect opportunity.

She found herself out of work due to being a self-employed eyelash technician so decided to crack on with revamping her hallway.

The lash artist struggled to find a wallpaper that was the right colour and within budget – she did find a lovely one for £60 per roll – but said it was way too expensive.

After searching on Facebook and seeing users stencil their patios, Natalie decided she would try to stencil her walls in a budget-attempt at revamping the space.

Users have been so impressed with Natalie’s DIY – they actually believed her stencilling was a fancy wallpaper instead.

She said: “When we moved into the bungalow in December nothing was decorated to our taste.

“I didn’t like it at all as it seemed a bit dark and the original wallpaper wasn’t something I would choose.

“I had seen lots of posts on Instagram of outdoor paths that had been stencilled and looked
lovely which gave me the idea to stencil my hallway.

“That way I could have any colour I wanted and save money.”

Natalie painted the walls with £18 silk paint she had leftover from decorating her living room and bedroom.

She felt they were great colours for the hallway and tied the whole house in together.

The base colour was a Silk paint which meant Natalie could wipe off and start again if she made any mistakes.

She then purchased a £38.98 stencil from Dizzy Duck Designs and used masking tape to stick it to the wall, before using a small sponge roller and a small amount of paint to roll on the pattern. 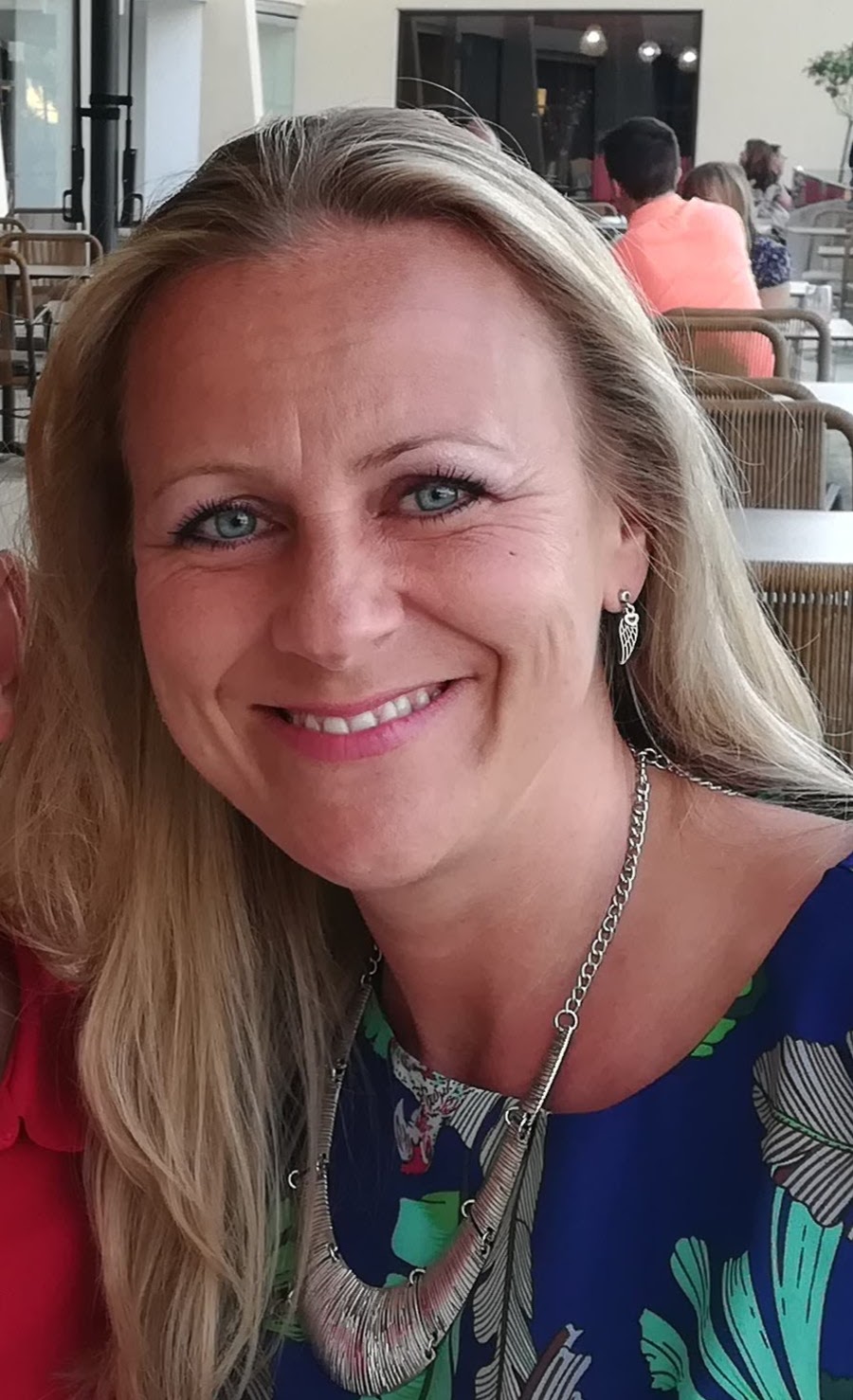 She said: “It’s probably a decorating no no, but I actually painted over the original wallpaper as I was pretty worried about the condition of the walls underneath.

“I actually quite liked that the wallpaper had texture to it. I am really pleased with the effect and glad I did it.

“The stencil is quite large and you get a smaller piece to get a straight line on top.

“Less is actually more and it gave an aged patchy look, which I really liked. Then I gently removed and started again.

“The only thing was that the stencil had to be washed at regular intervals.”

Natalie spent six weeks stenciling the stylish pattern onto the wall – and said she would do a little bit each day on rainy days.

However she admits that she made a lot of mistakes at the beginning as she struggled with the hallway’s bends and corners.

Despite describing it as ‘challenging’ and ‘frustrating’, Natalie said she left it until the end and then tackled the tough areas individually.

Natalie added: “Once I got the hang of it, stencilling a plain straight wall became pretty easy and towards the end it became quite quick to do.

“I was really pleased with the end result and it actually turned out better than I expected.

“Also to add a bit of interest, I swapped the colour around going up the stairs, so the darker colour was the base colour, I really love that.

“It has made such a difference to the hallway. It has brought it up to date and seems a lot wider and brighter, I am so pleased I have done it now.”

Natalie, who shares her home DIY skills on her Instagram page (@vivifica1930), believes her job as an eyelash technician meant she had enough patience to tackle the hefty amount of stencilling.

She posted her before and after transformation pictures on a Facebook DIY group and said users have been complimenting her DIY skills – and thought it was a fancy wallpaper.

She has been overwhelmed with the response as many people have praised her for being a ‘perfectionist.

She said: “Everyone that has seen it thinks it's actually wallpaper, which is quite a compliment as it must look quite neat.

“I am still getting comments from people saying they “love the wallpaper” and saying how much patience I must have.

One user wrote: “I love that wallpaper!”

Another commented: “It’s lovely! You did all that with a stencil AMAZING. You must have some patience!”

A third shared: “Fantastic – you must have the patience of a Saint.”

Another added: “Lovely, you would think it was wallpaper! Well done!”

In other DIY news, this woman turned her IKEA counter into a marble dressing table using free B&M samples.

And this woman got her grotty oven door sparkling in minutes without using ANY cleaning products.

Plus this cleaning fanatic instantly got rid of creases in sheets using £1 B&M spray & shoppers are rushing to stock up.