German beauty vlogger Naomi Jon has filmed a bizarre beauty tutorial in which she gives herself fake freckles using semi-permanent henna tattoo ink… and let's just say, it doesn't go quite to plan. 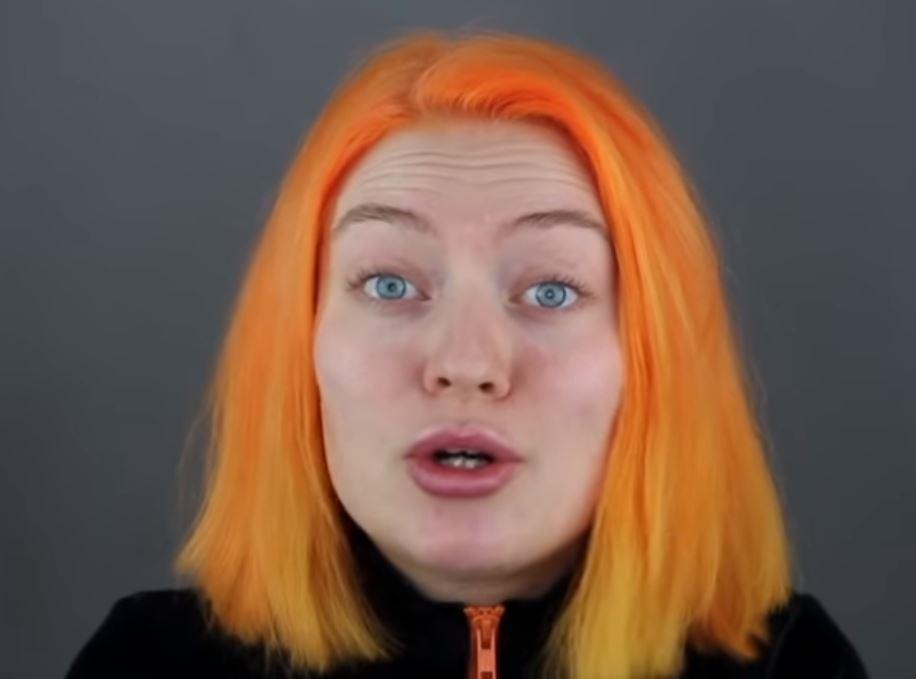 But in a bid to get a longer-lasting effect, the YouTuber decided to use the traditional red-toned dye to cover her face in a scattering of faux freckles.

And where celebrities such as Lauren Goodger, Jesy Nelson and Charlotte Crosby have opted for a subtle dusting of fake freckles over their noses, the social media sensation instead applied the henna ink liberally all over her face. 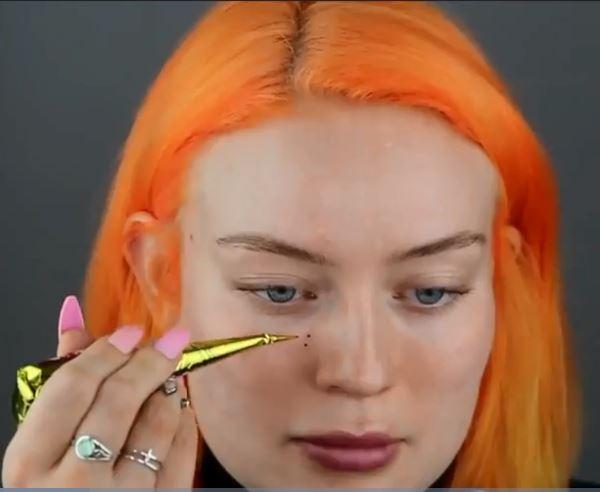 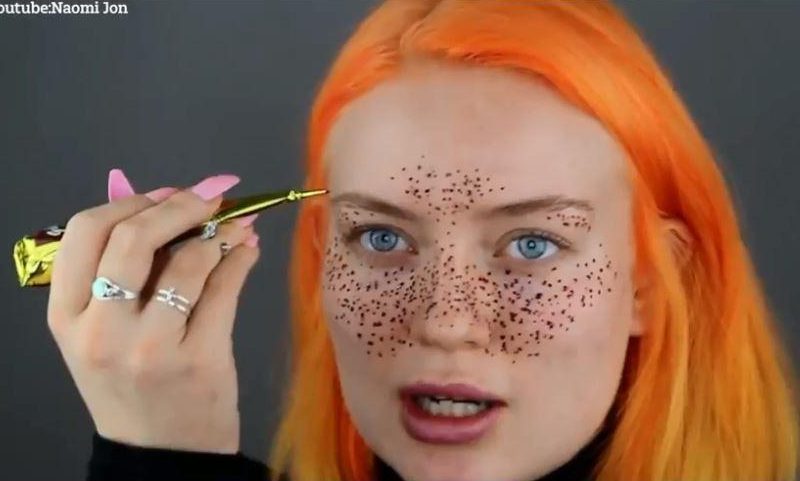 Dotting the henna all over her nose, cheekbones, forehead and even her eyelids, Naomi said: "I don't have amazing skin at the moment so I don't know what it's going to look like afterwards.

She joked: "Maybe I can just put them over my acne scars and you won't be able to see them anymore."

But unfortunately for Naomi, the Indian ink only served to highlight her problem skin as it accidentally "turns red underneath" the fake freckles.

What's more, the experiment goes even more awry when Naomi finds the ink starts to irritate her skin.

Continuing to draw on the freckles, Naomi asks: "It actually burns a little bit, is that normal?

"I have no idea if I'm doing this right." 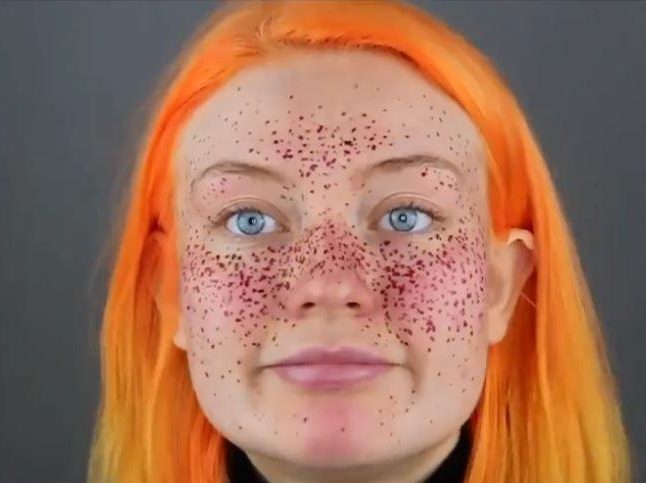 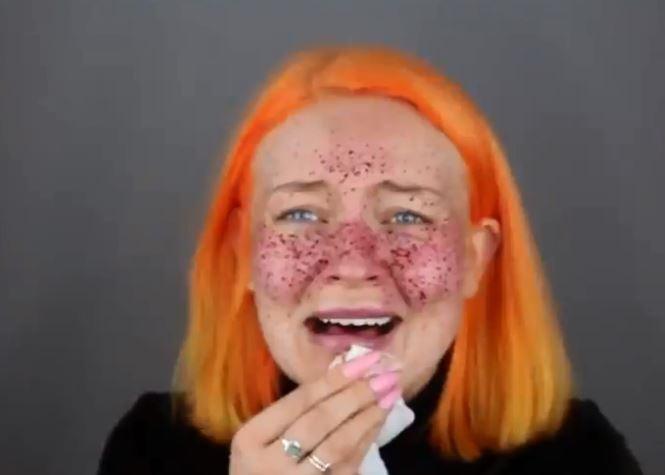 Due to the sheer amount of henna the YouTuber applied, the experiment quickly gets past the point of no return.

Realising the henna freckles are going nowhere, the YouTuber fights back tears and jokes: "I wanna die. What the hell is this?" 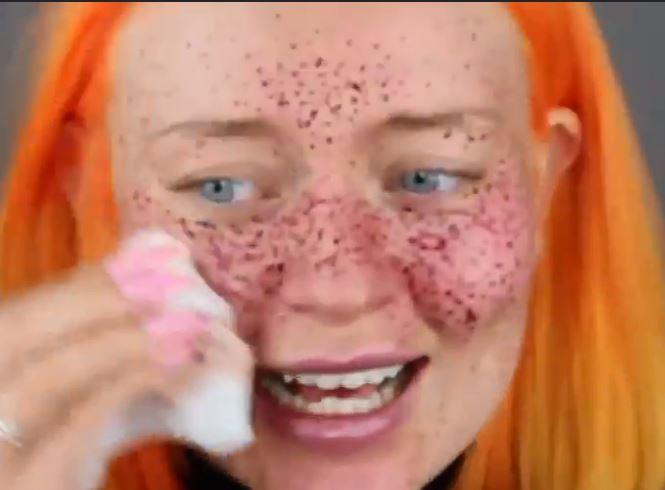 The beauty vlogger even attempts to cover up the tattooed freckles with foundation to try and disguise the redness but finds they still show through.

In a moment of sheer desperation, Naomi starts rubbing her face with olive oil to dissolve the semi-permanent ink but it still won't budge. 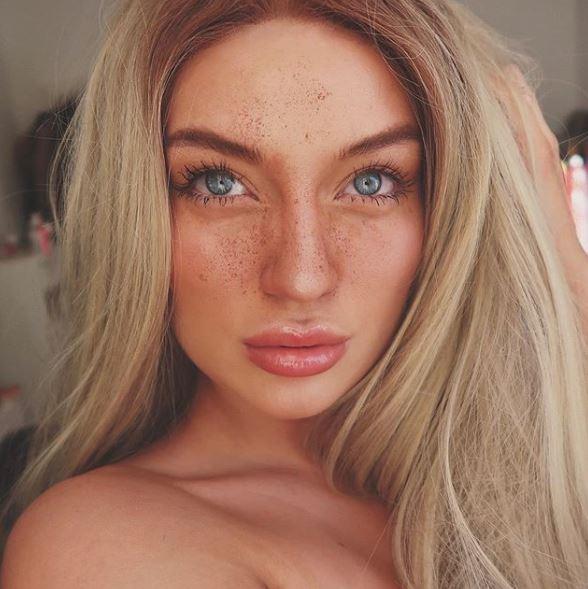 With a face full of red splodges, Naomi finishes the 10 minute video with: "I regret everything. I actually wanna cry."

"I need to go to work tomorrow and it's not even possible to cover this. I'm gonna go through hell."

Summing up the video in the description box, Naomi said: "WELLLLLL, sometimes I make bad decisions. This was one of them."

In more bonkers beauty news, this bizarre new pregnancy test manicure shows if you're expecting using your NAILS – and people are revolted by it.

Plus tinsel hair is the hot new Christmas – and it's NOT tacky.