A MORTIFIED woman was stranded in a public toilet with no trousers and only crotchless knickers to cover her.

It sounds like the stuff of nightmares, but this woman was actually stuck in a public toilet for over an hour with no trousers on – and people are saying they’d “pass away” if they were ever caught in this situation. 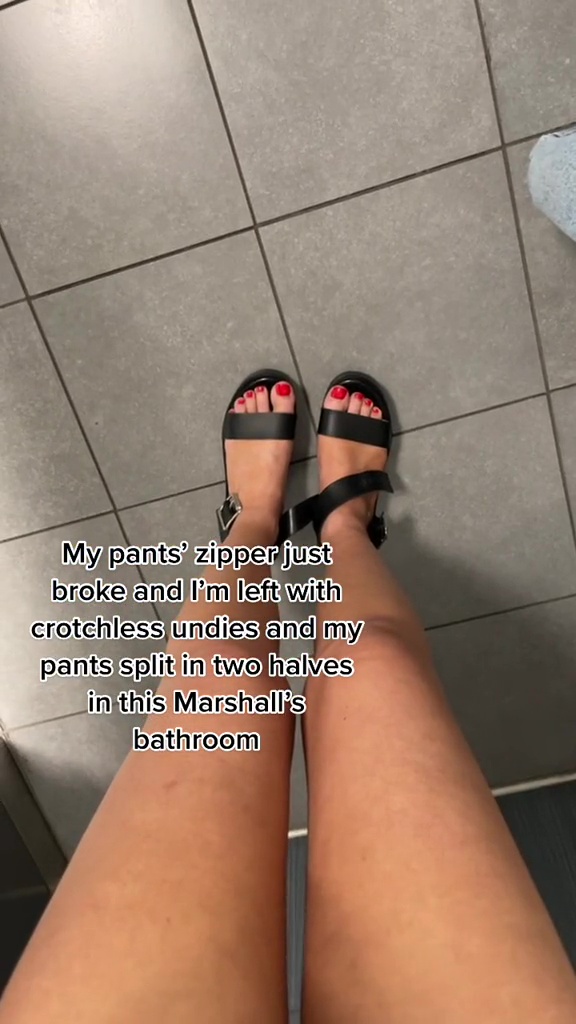 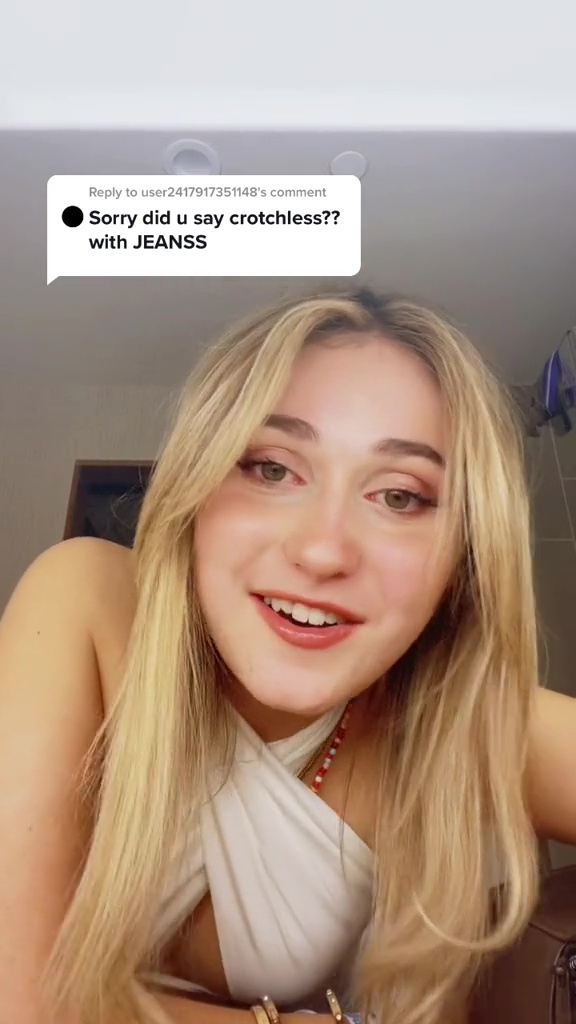 Tiktok user Naya shared the video of herself and her broken shorts and explained her situation.

She said: “My pants’ zipper just broke and I’m left with crotchless undies and my pants split in two halves in this Marshall’s bathroom.”

In a follow-up video, she described the nightmarish scenario in detail.

She explained: “I went into the Marhsall’s bathroom and I walked into the stall, took off my pants, peed, and then I went to zip them back up and I realised that my underwear was, like, stuck.

“I grab the underwear, and I yanked it out of the zipper, and the zipper popped off.”

Tragically, these were not standard jeans: they were jeans with a zip that runs continuously from back to front – meaning Naya was left with just two pieces of trousers, totally separate from each other, and totally unwearable.

And after ripping her knickers out of the zip, they were destroyed as well, and were left with a hole in the crotch.

"They became crotchless", she said.

In the end, Naya had to ring her mother to bring her another pair of trousers – but this took an hour, all the while Naya was trapped in the toilet cubicle.

She said: “I was in that stall for like an hour and I used the last 10% of my battery to make that Tiktok, so I was in there for a good 45 minutes without communication, just in this stall, wondering if my mom was gonna save my a**.”

Naya racked up 3.1 million views on the video, and commenters were shocked and horrified.

“I’m tryna imagine myself in this situation and I’m freaking out for you”, said one sympathetic commenter, while another wrote: “No I would have passed away.”

A third agreed: “I literally have nightmares like this.”

An optimistic viewer said: “Well at least you got a funny story out of it!” 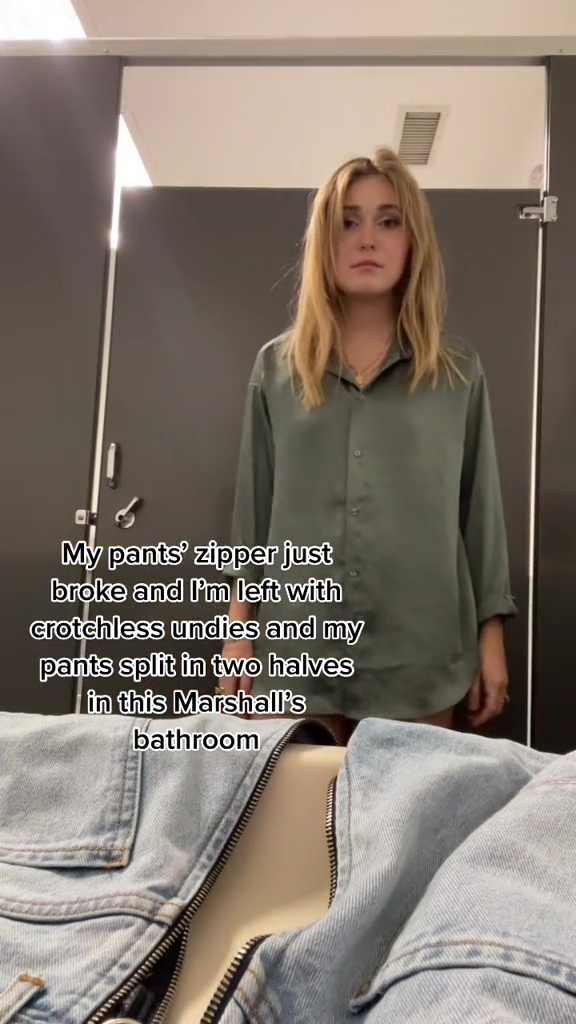 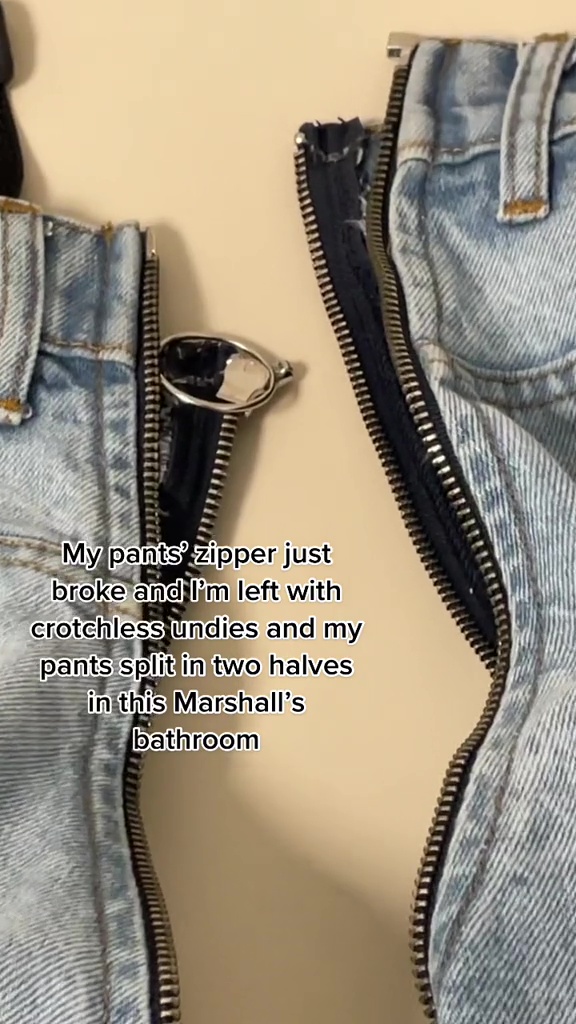 For more real life stories, check out this woman, who had the most embarrassing moment of her life at the gym after she flashed her bits but didn’t realise until AFTER her workout.

And one girl reveals 'I spoke to a guy for a YEAR before dating him properly – 2 weeks after we had sex he revealed he was with someone else'.

Plus, this mum used to be a stripper but parents still constantly judge her – she says she doesn't care as she has MILLIONS in the bank.