A WOMAN has revealed how she bagged a bargain Greggs haul for under £3 that was enough to feed a whole family and more. 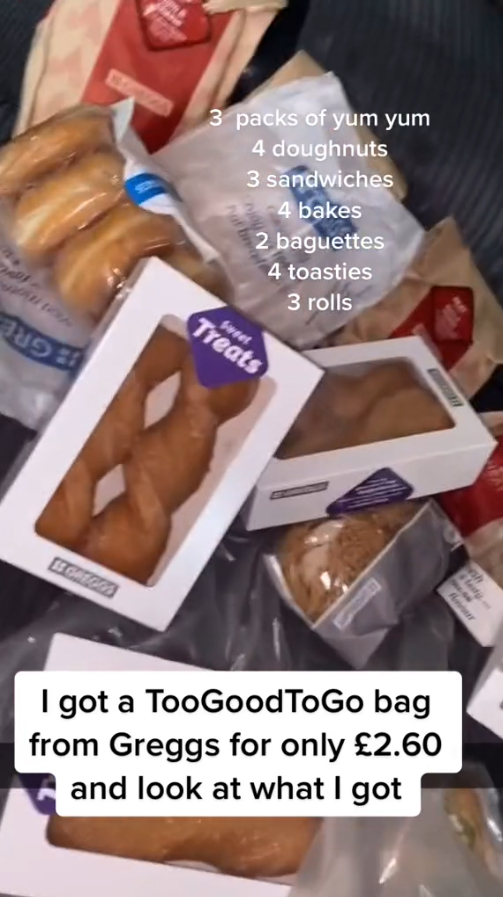 TikTok user ‘Mercyy12’ shared her Too Good To Go bargain food haul and we are jealous.

The woman used the app Too Good To Go which connects hungry Brits with food chains and supermarkets with leftover food that would otherwise be thrown away, in a bid to curb food waste.

With Too Good To Go, shoppers can buy food at a discounted price, making sweet savings.

You pay through the app and get given a slot before closing time to go and pick it up.

The video is captioned “First time getting it and omg.”

How insane is that?!

The haul has impressed many and has racked up almost 4,000 views, nearly 400 likes and 25 comments.

Another added: “Collecting mine today.”

A third commented: “I’m gonna do it.” 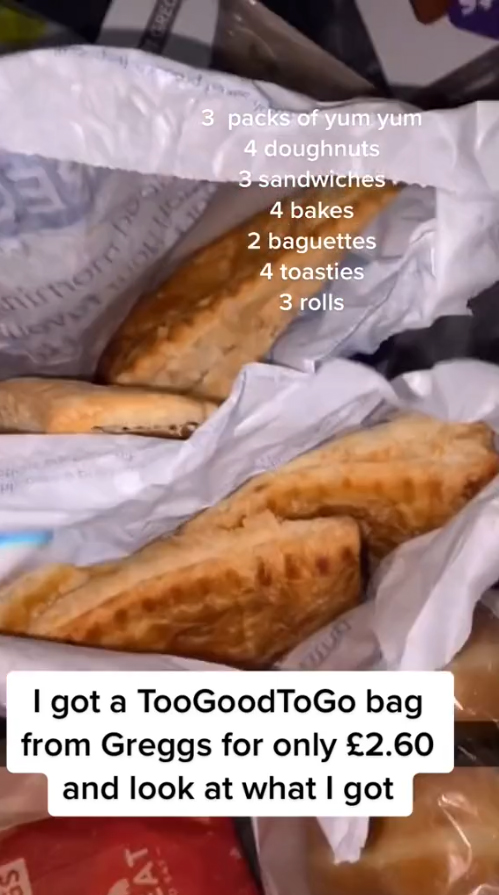 Meanwhile, a savvy woman shows off whopping food haul she bagged for just £3.50 thanks to app hack.