But one woman accidentally took the trend to all new extremes when she ordered a distressed cropped tee from PrettyLittleThing and found it left her boobs entirely exposed. 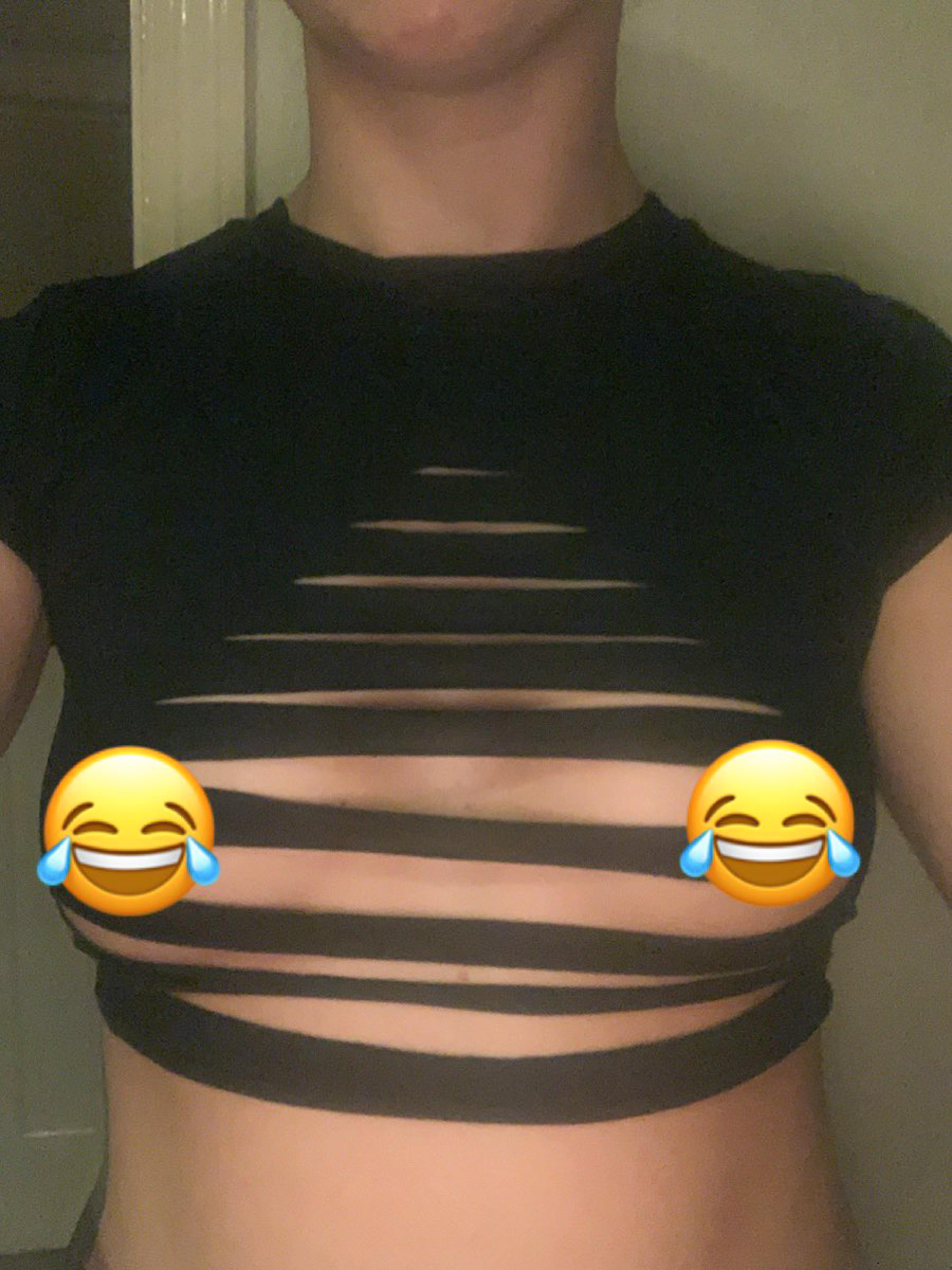 Lucy Anderson-Roberts, 27, ordered the £5 black crop top in the hope it would go nicely with a pair of high-waisted jeans.

Modelled on the retailer's website with a pair of black trousers and trainers, the distressed T-shirt was pictured with three large rips at the bottom.

However when the bargain buy arrived, the implementation manager from Bath quickly realised it wasn't quite the right fit.

Despite ordering her correct dress size 12, Lucy was left red-faced as the large rips in the t-shirt left her boobs totally exposed. 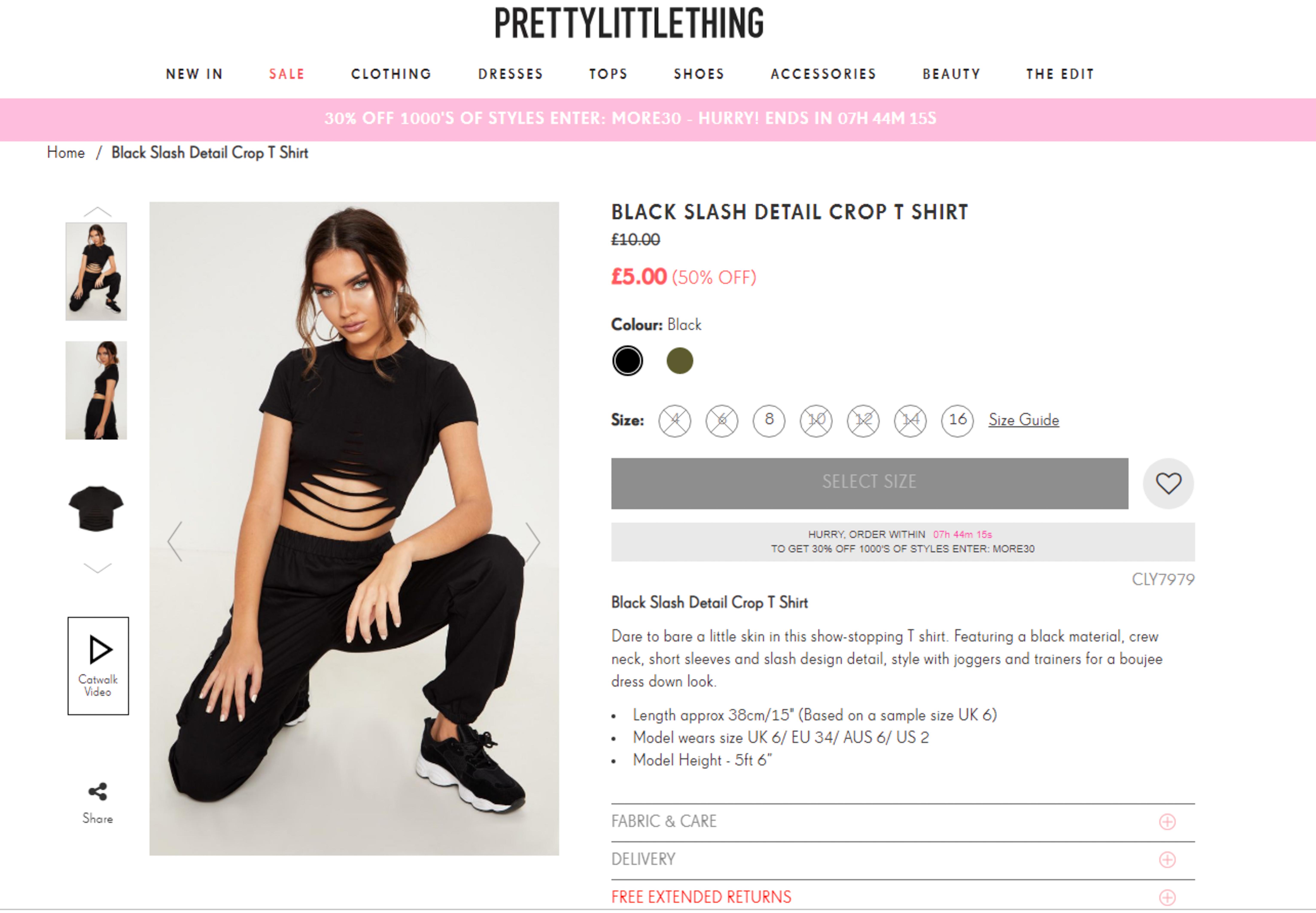 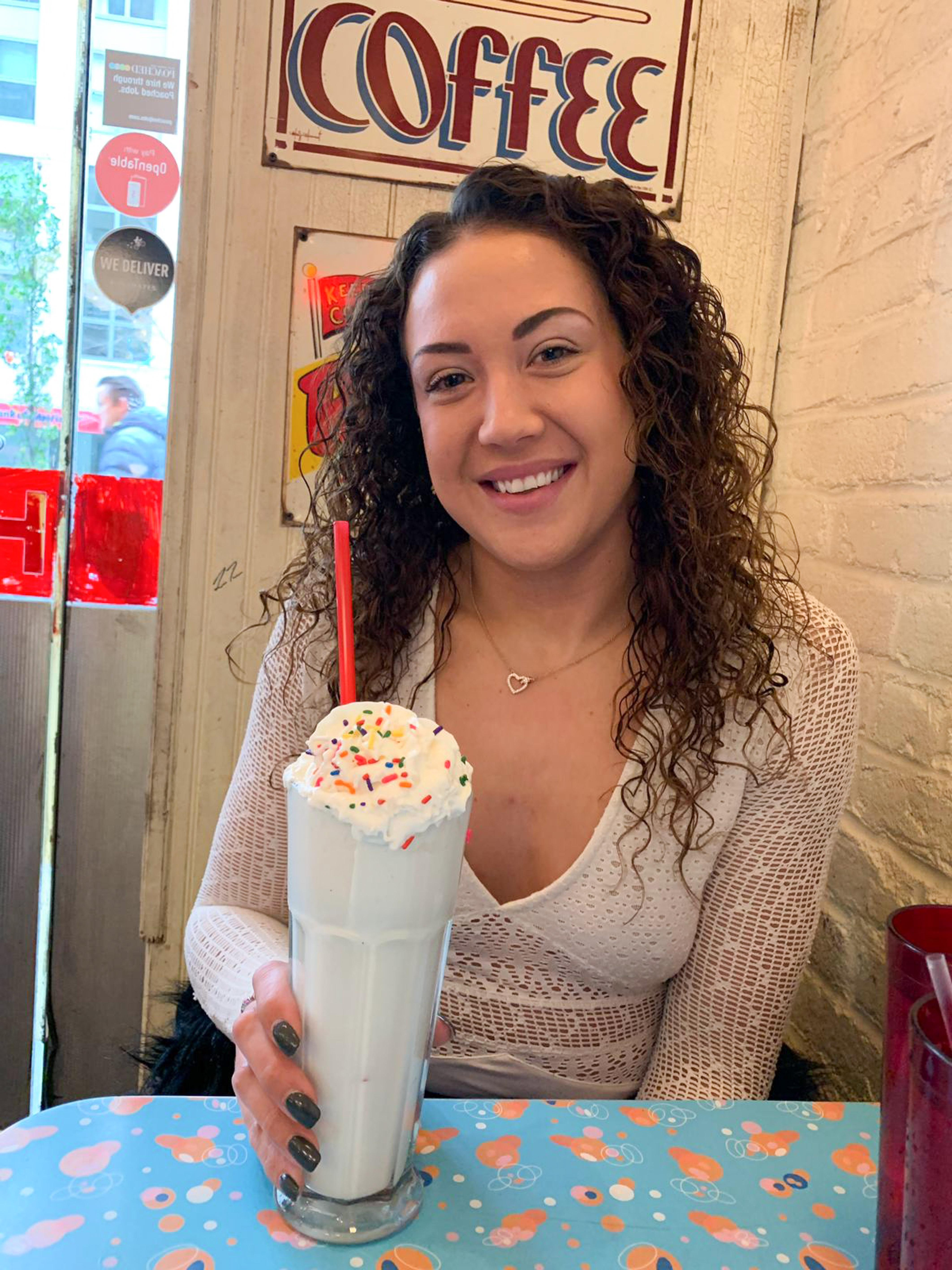 Unsurprisingly, the shopper admits she was "a bit gutted" about the design fail.

Describing the moment the bonkers T-shirt arrived, Lucy said: "Before I put it on I noticed that it wasn't quite right. The gaps weren't in the right place.

"I thought there was no way that's going to fall below my boob."

Seeing the funny side of the fashion fail, Lucy  added: "I tried it on anyway and took a photo to send to my boyfriend. We were cracking up about it." 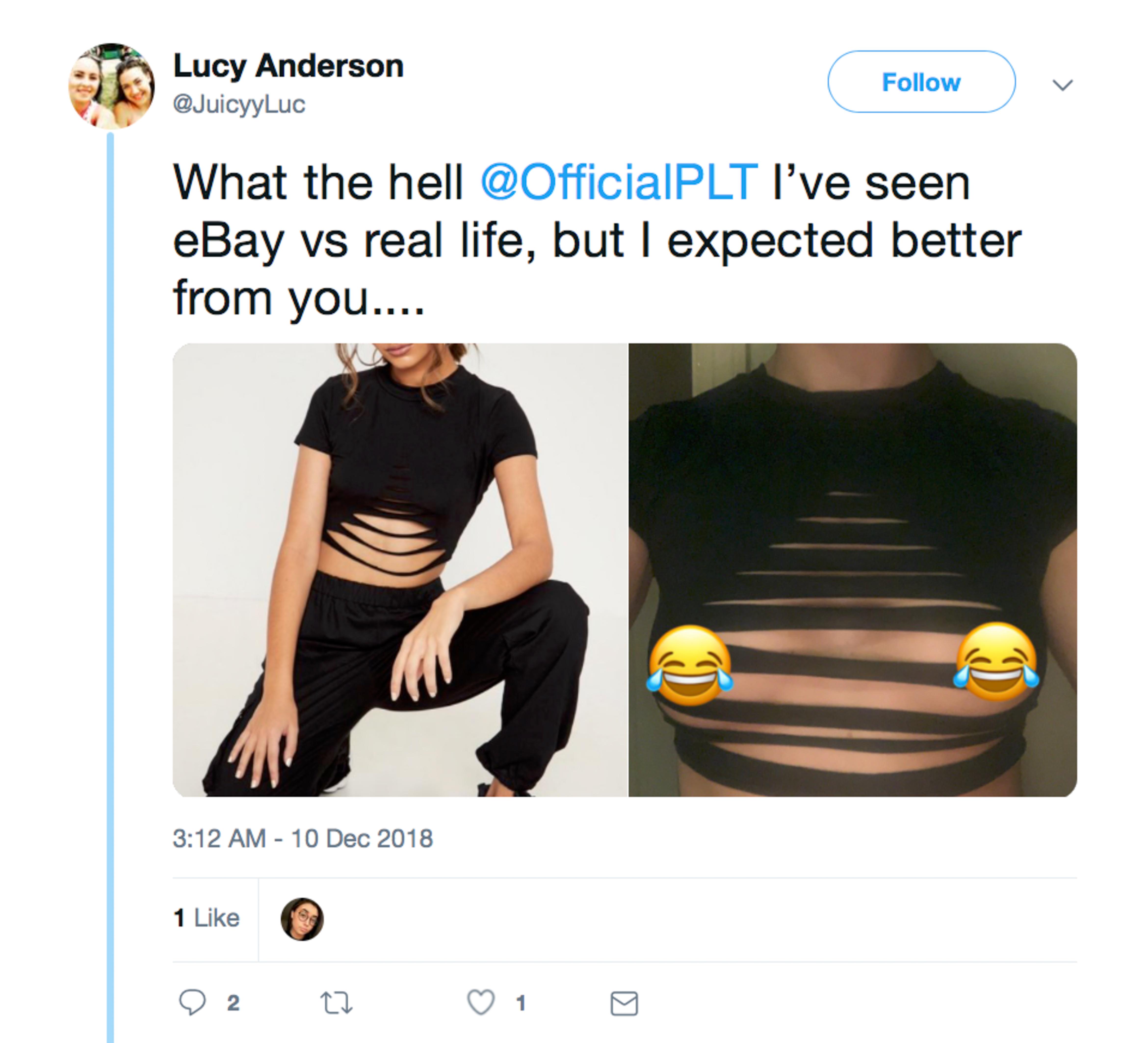 Taking to Twitter to share the online shopping disaster, Lucy tweeted the brand directly and wrote: "What the hell PrettyLittleThing, I've seen eBay vs real life but I expected better from you…"

Calling out the brand for their illogical sizing, the unimpressed shopper said: "I thought it was really funny but it does need to be raised because it's annoying that I can't wear the top. 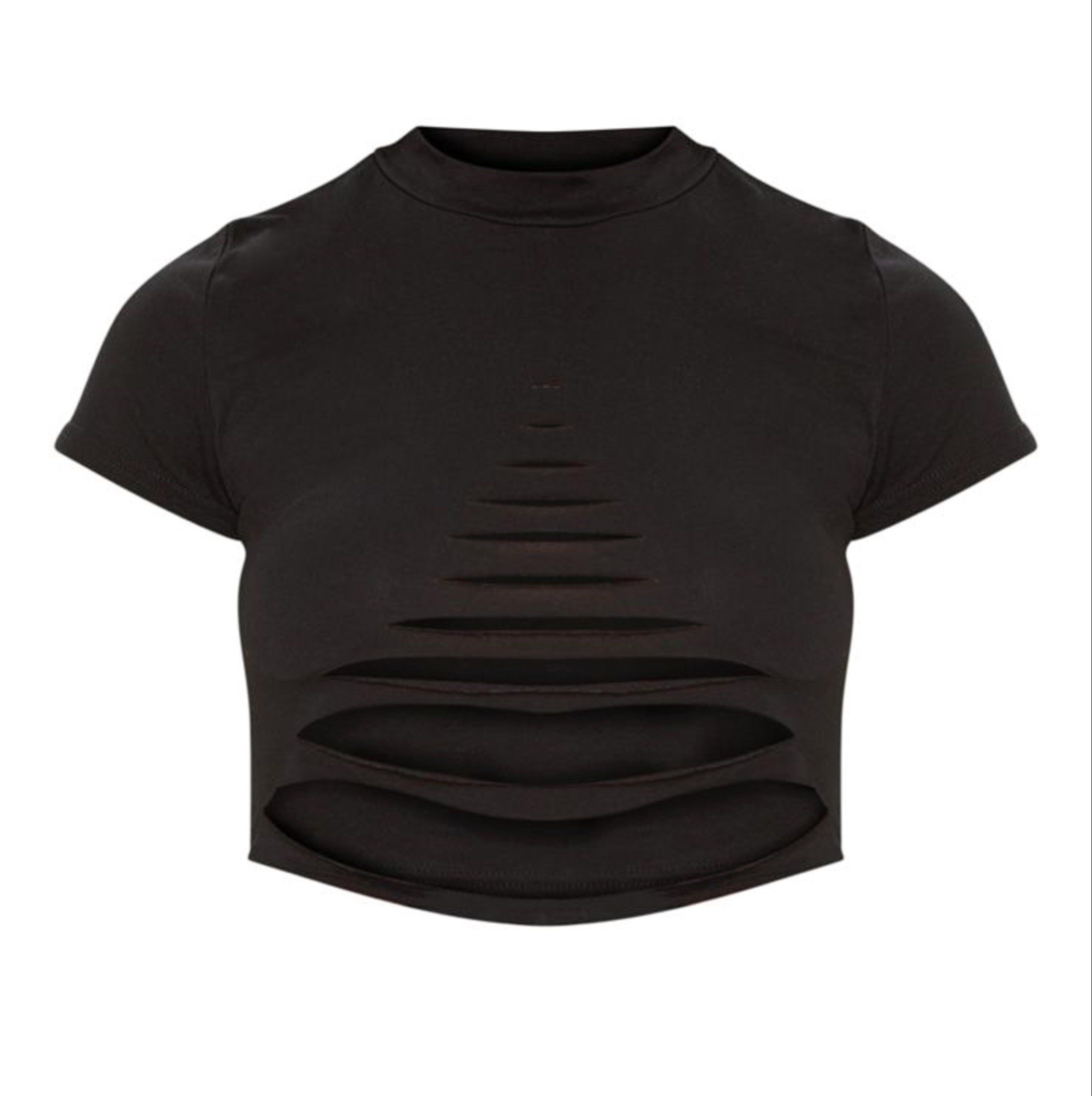 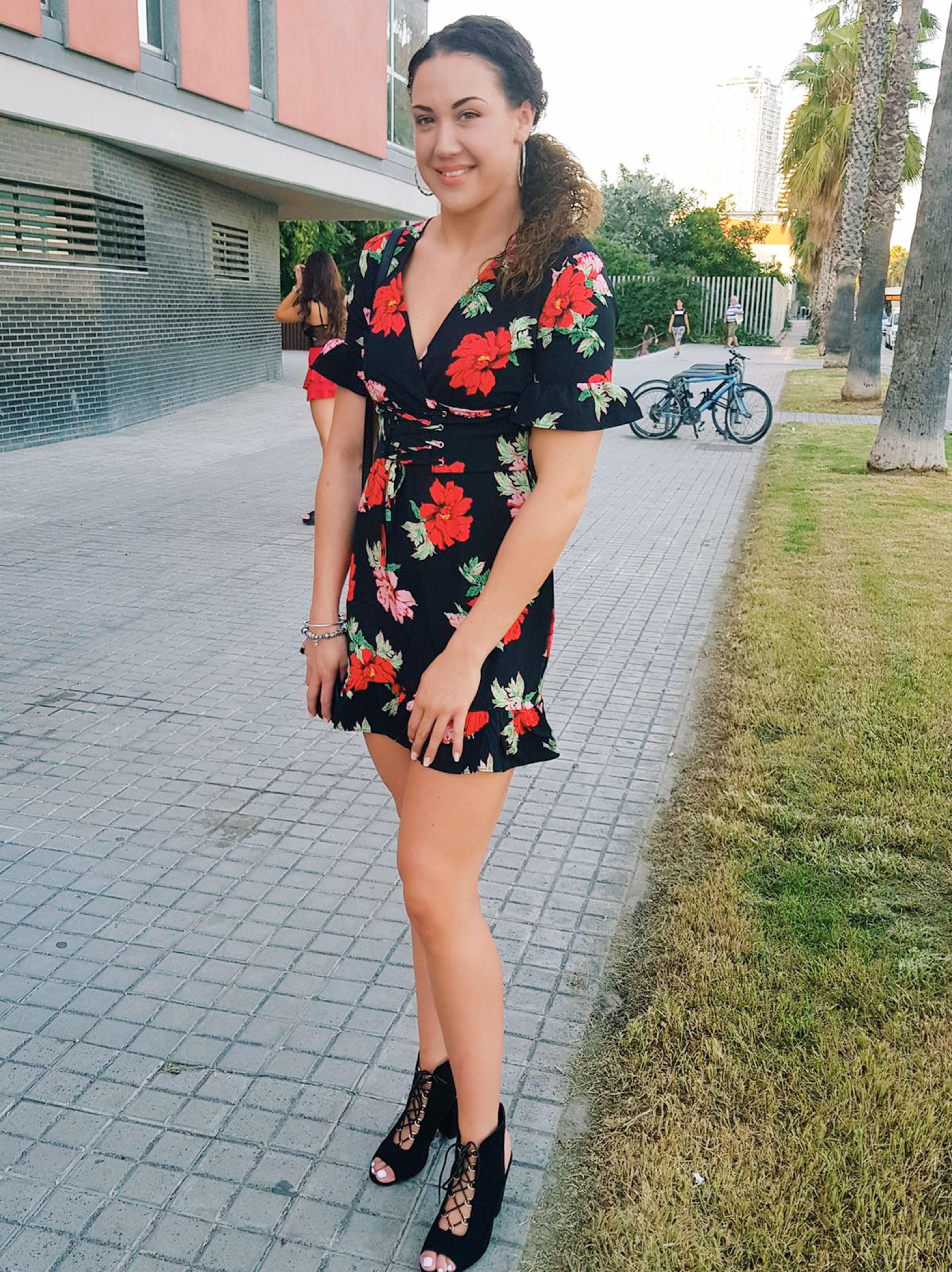 It's made me think when the items are mass produced it's not to the same standard as the model's wearing."

In response to Lucy's complaint, a spokesperson for PrettyLittleThing said: "Should Lucy get in contact with our customer service team, which she hasn't so far, we will process a refund and it's not something we'll be restocking."

In more bonkers fashion news, dog leggings now exist to stop your pooch walking their muddy  paws through your home.

And this fashion site has been slammed for "messed up" plus-size tights advert that uses thin models stretching them up to their shoulders.

Plus Moncler is selling puffer jacket DRESSES for £2,120- but they make you look like the Michelin Man.