Ranchers and seekers of the “mythic West” travel each year to a small Nevada city to practice a tradition born of labor and regional identity. 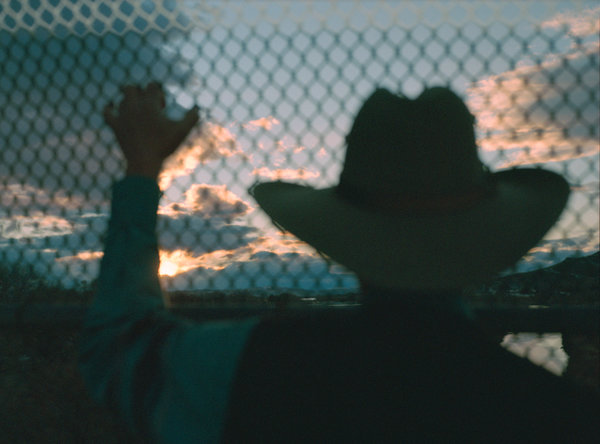 ELKO, Nev. — It’s bright in Elko. The light is raw Nevada light. It pierces the eyes: Here, wide-brimmed hats are as much practical attire as they are fashion statements. The sun is a fact.

The surrounding hills are grass beige and winter sagebrush gray-green, with pale white drifts of snow in the lee of ridges. The austere reds, pinks and grays of coyote willow line the banks of the Humboldt River. Along Idaho Street, the combination of fine Great Basin dust and winter’s road salt collects on the sidewalk. It’s a still day — the storm comes in tonight — so the dust and salt gather in pockets along the curb instead of whirling around in middle of the street. The roadside grass is tawny and damp, pocked with cottonwood leaves and little pools of snowmelt.

There’s the steady rumble of truck traffic, both commercial and private. Some trucks bear the logos of Major Percussive and American Drilling Corp. It’s one of those occasional windless days in this desert city, a hub of mining and ranching (and gambling and prostitution) in northeastern Nevada. In the moments when the traffic subsides, it’s quiet, in that all-encompassing way the Great Basin is quiet. The air moves over ravens’ wings. The grackles chirp and warble in the bare trees overhead.

10 Readings From the
Cowboy Poetry Gathering 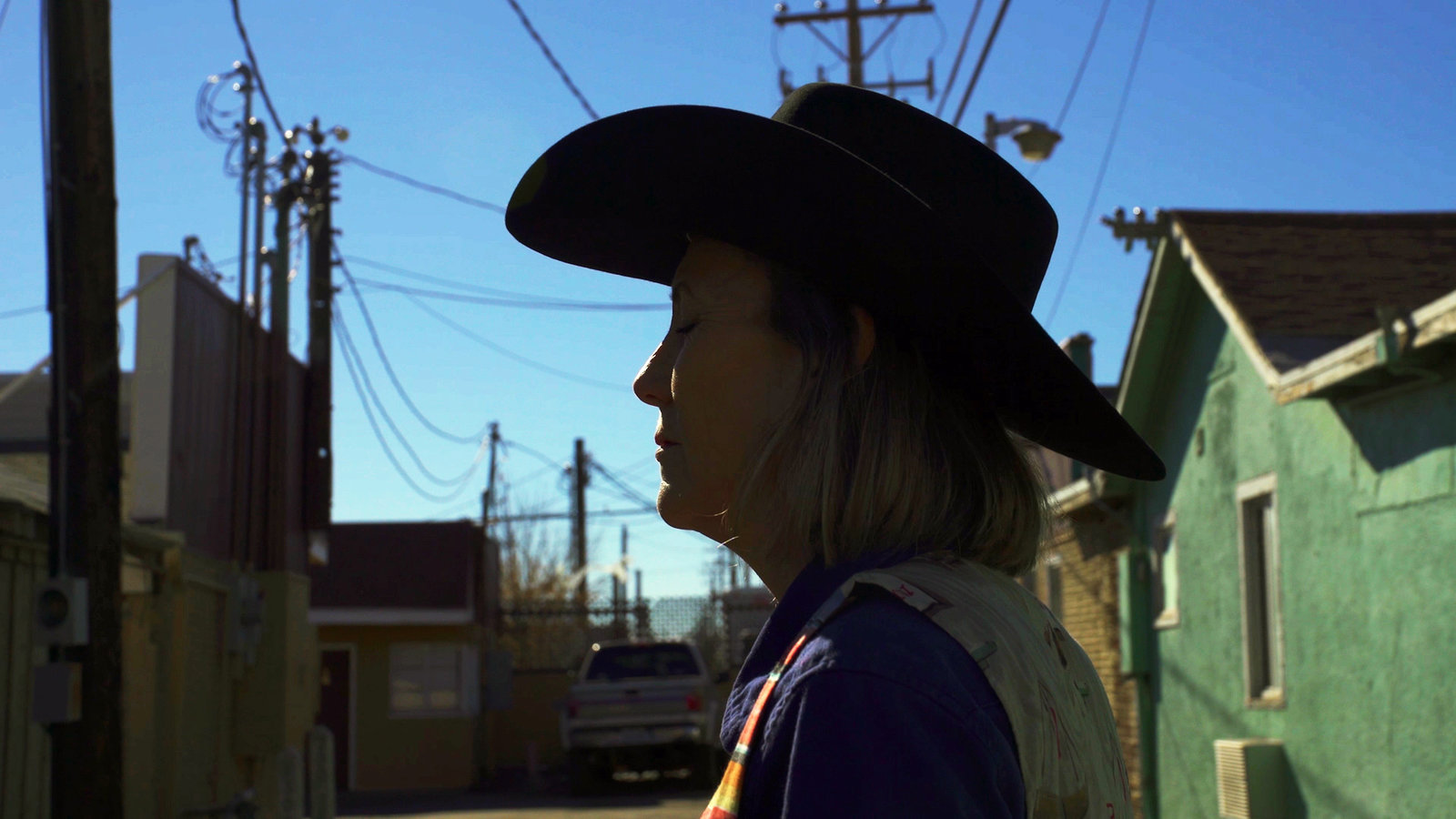 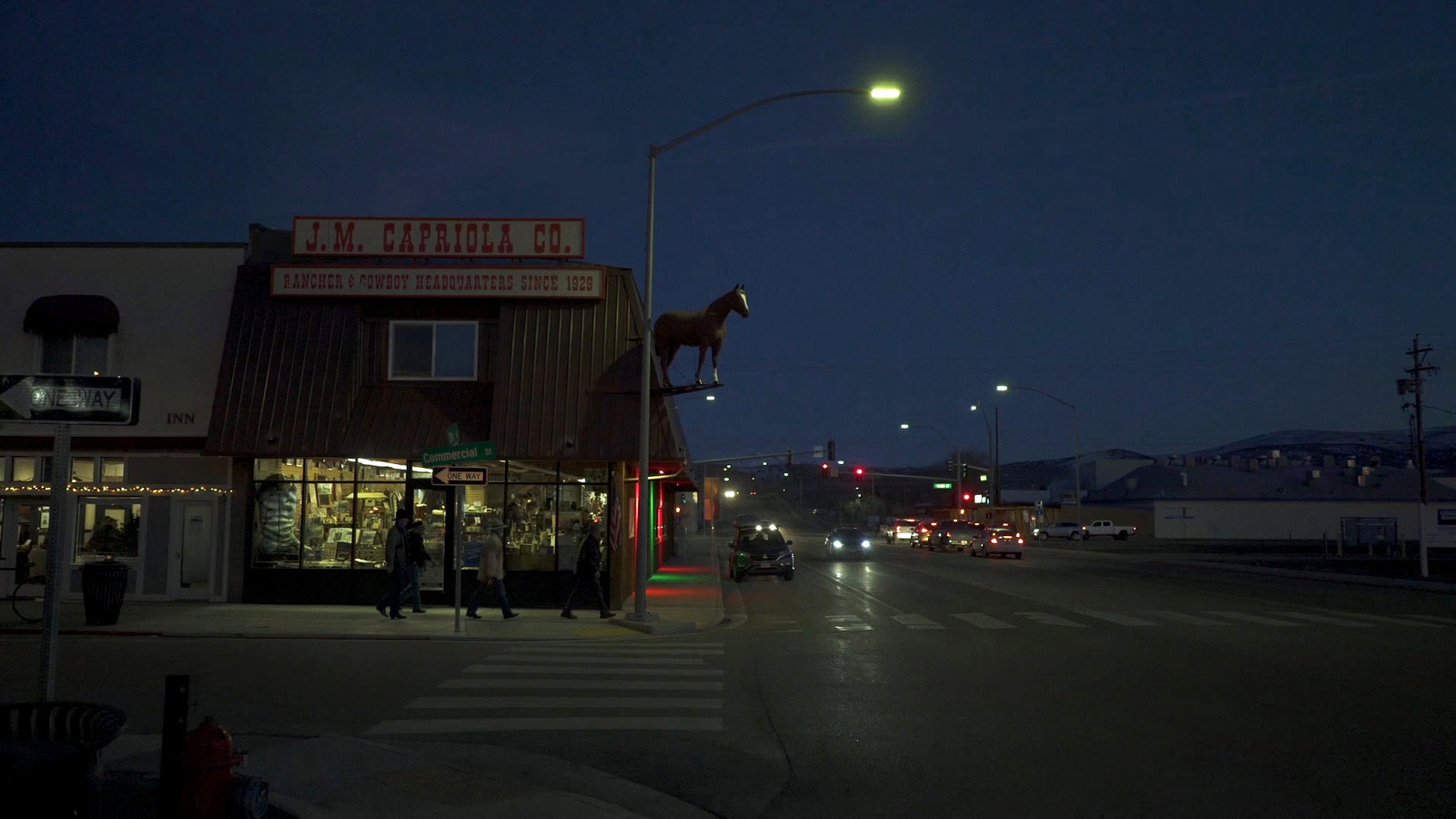 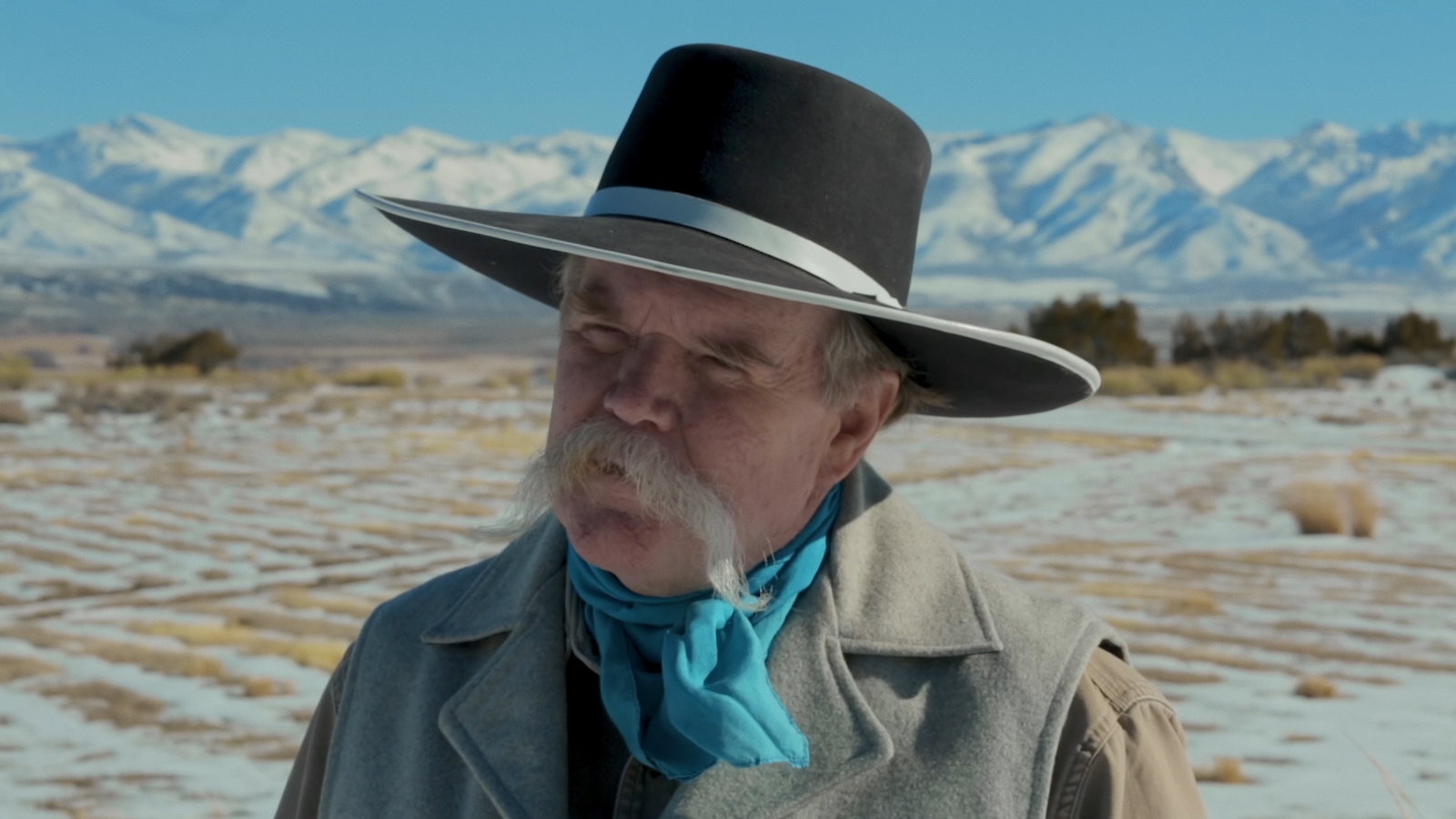 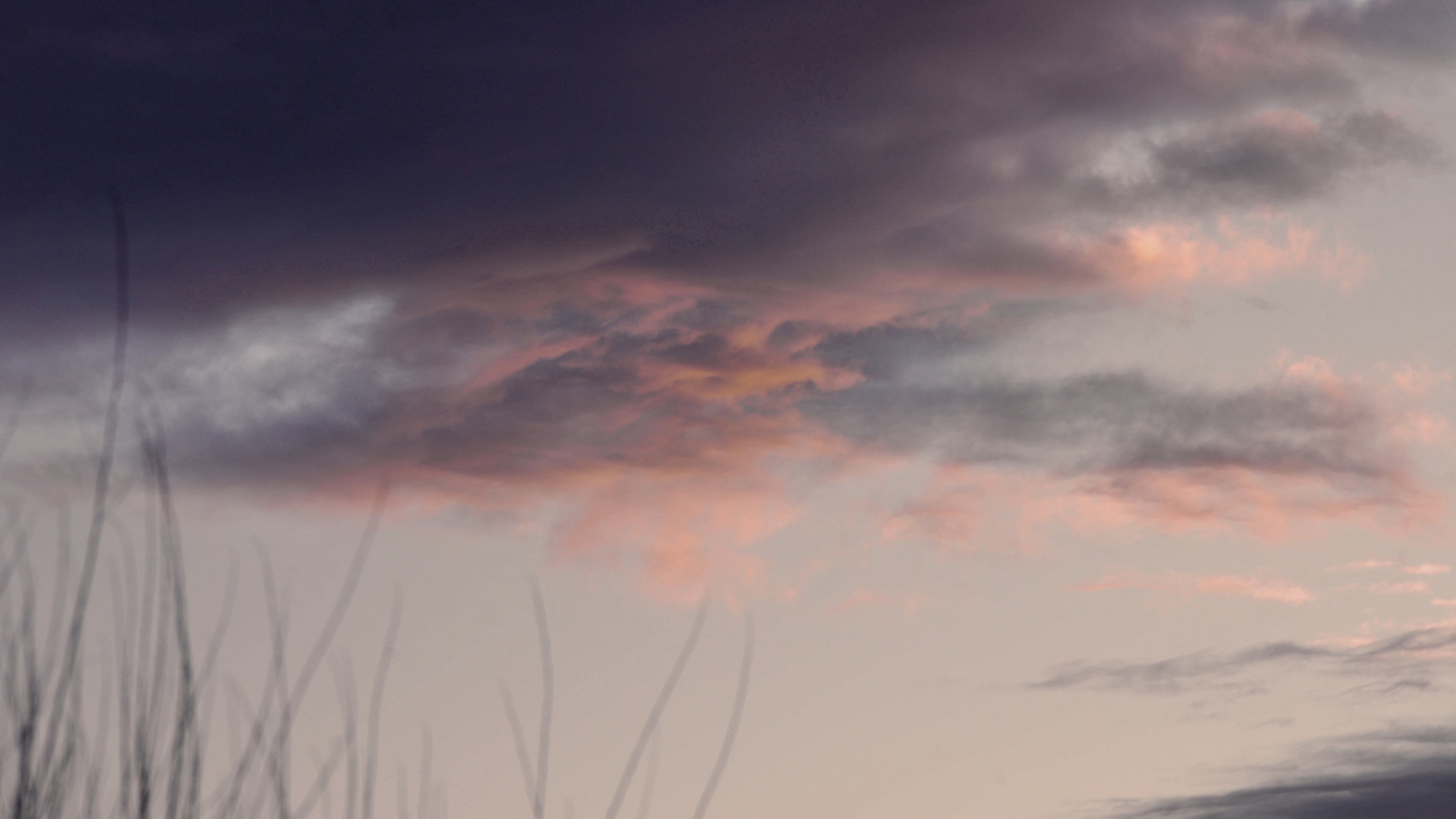 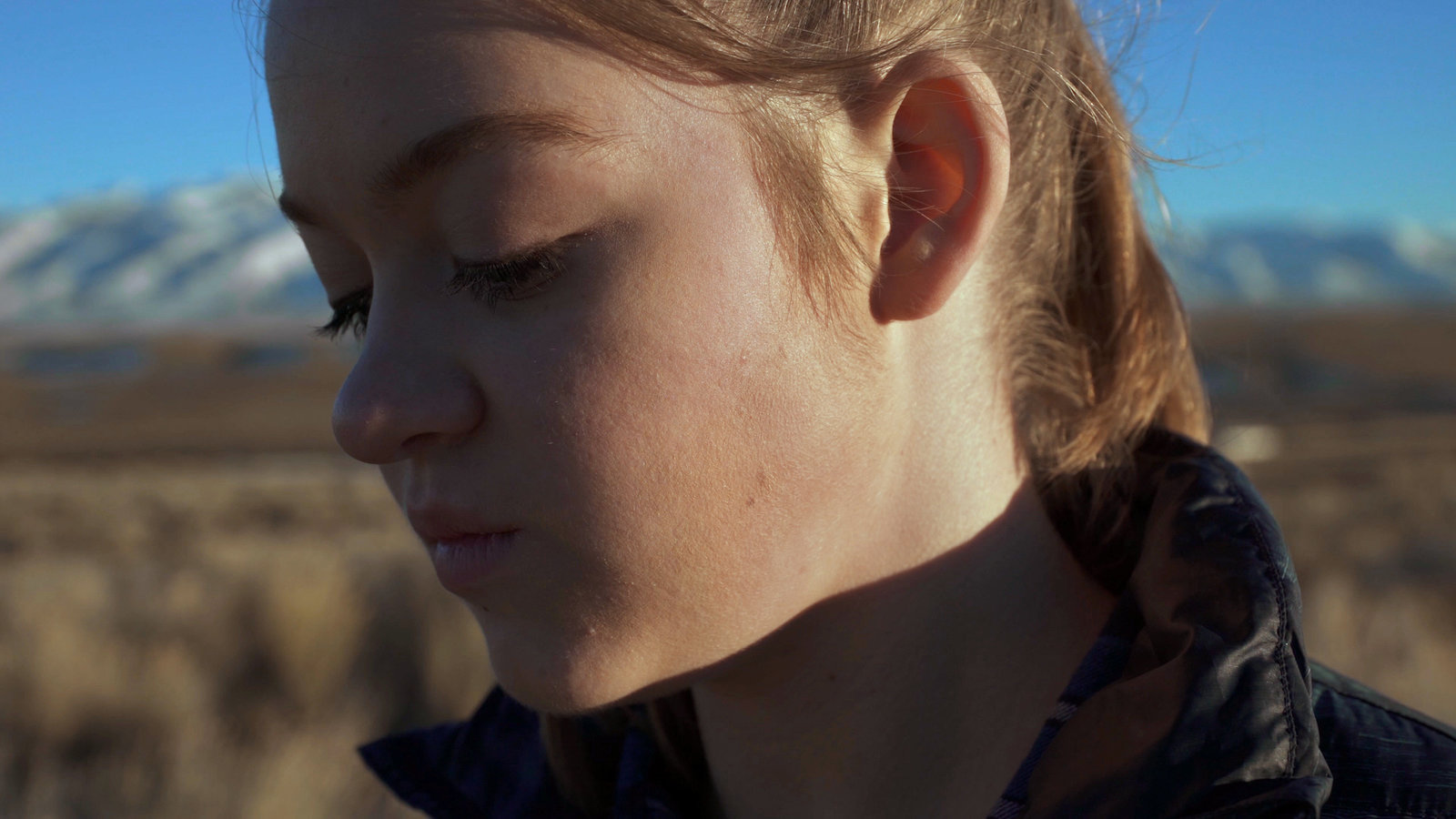 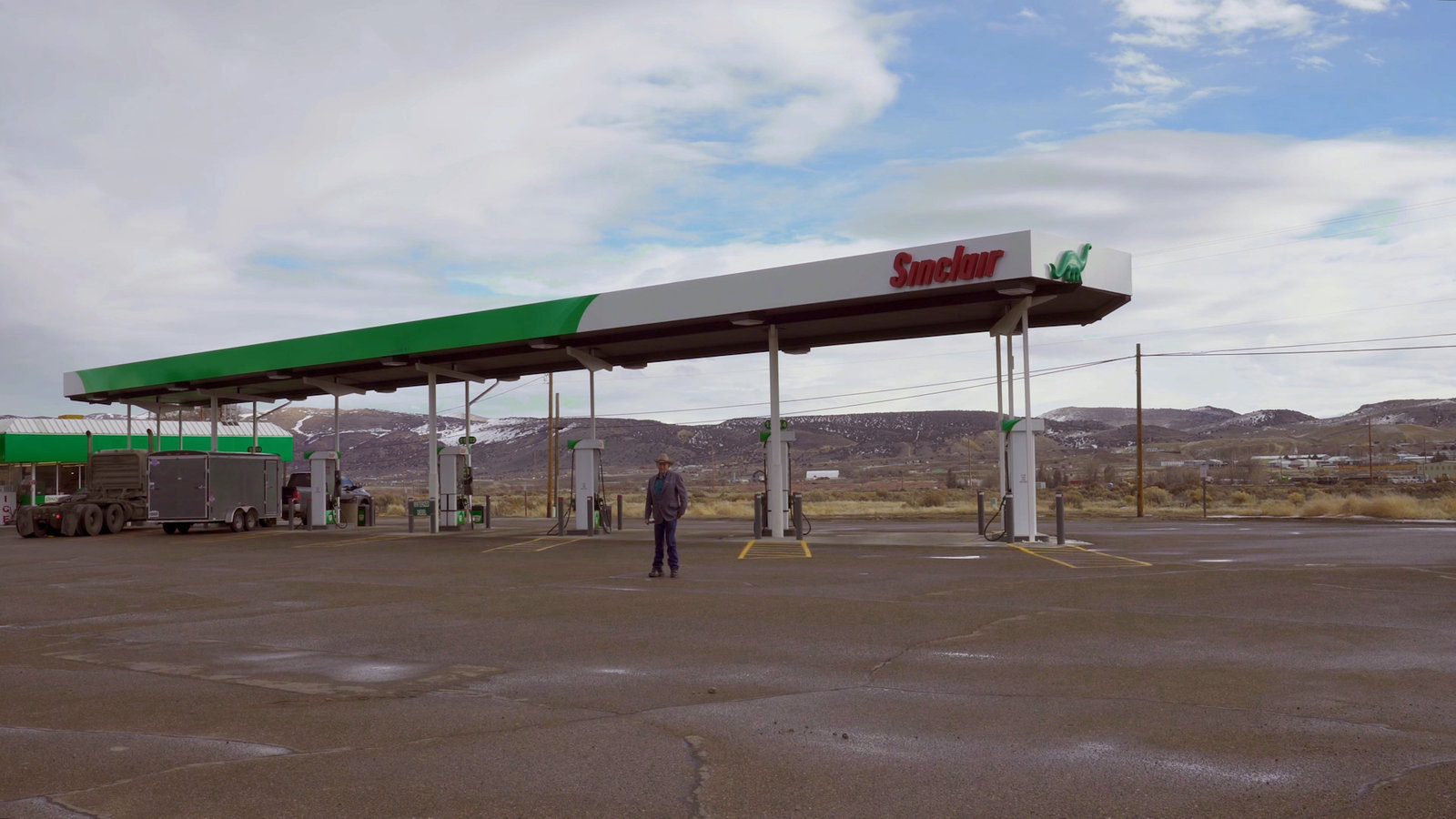 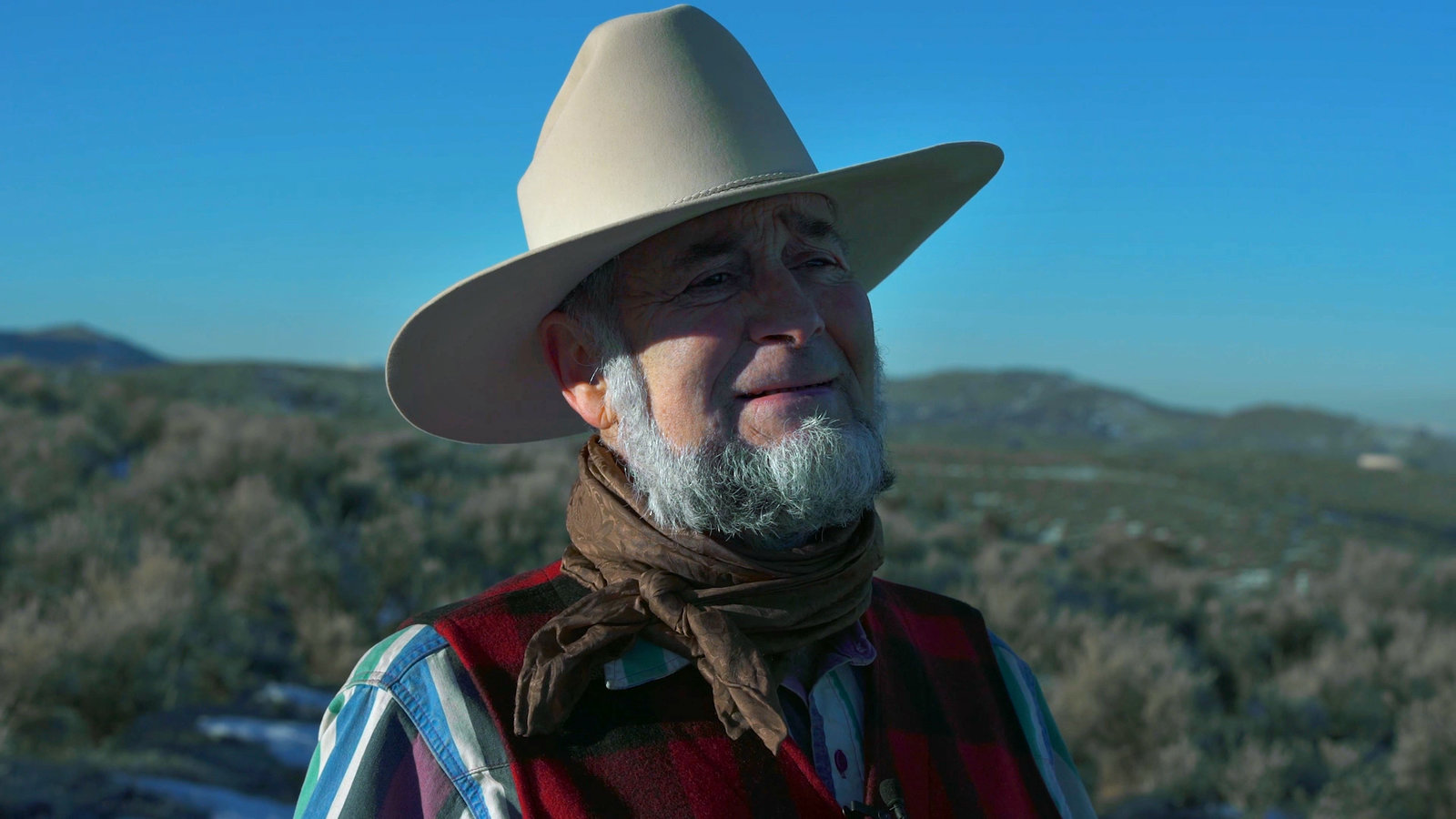 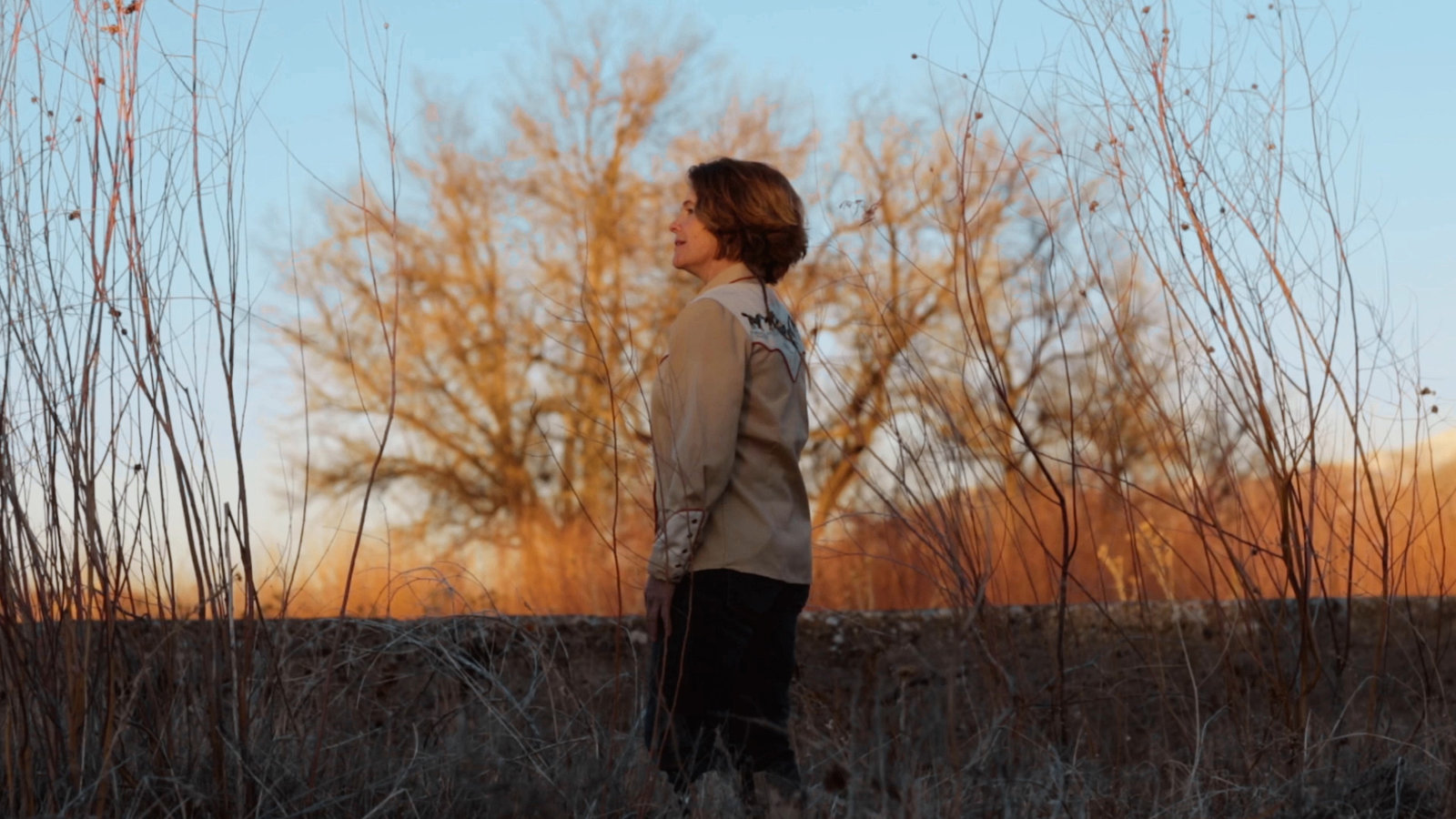 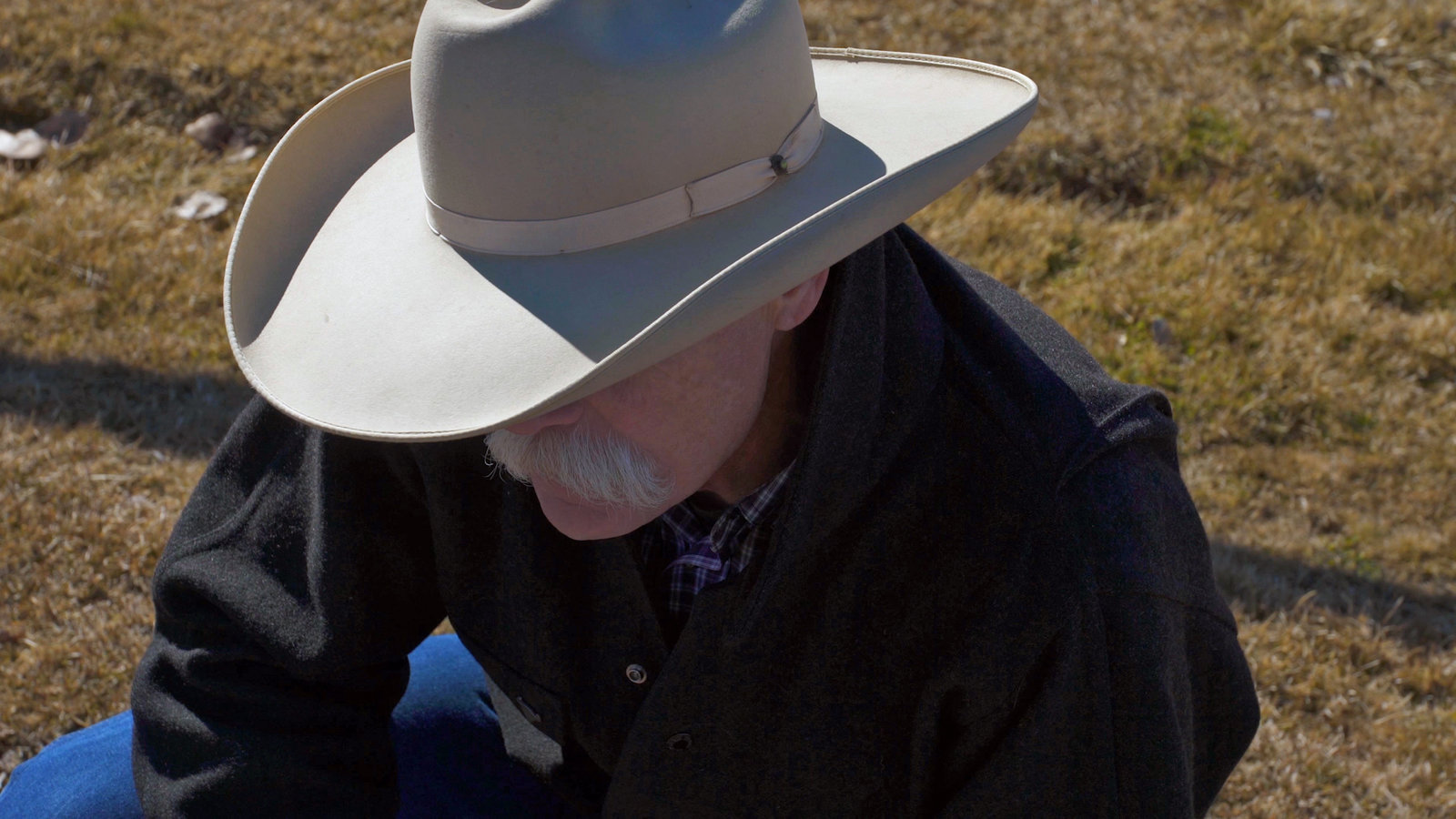 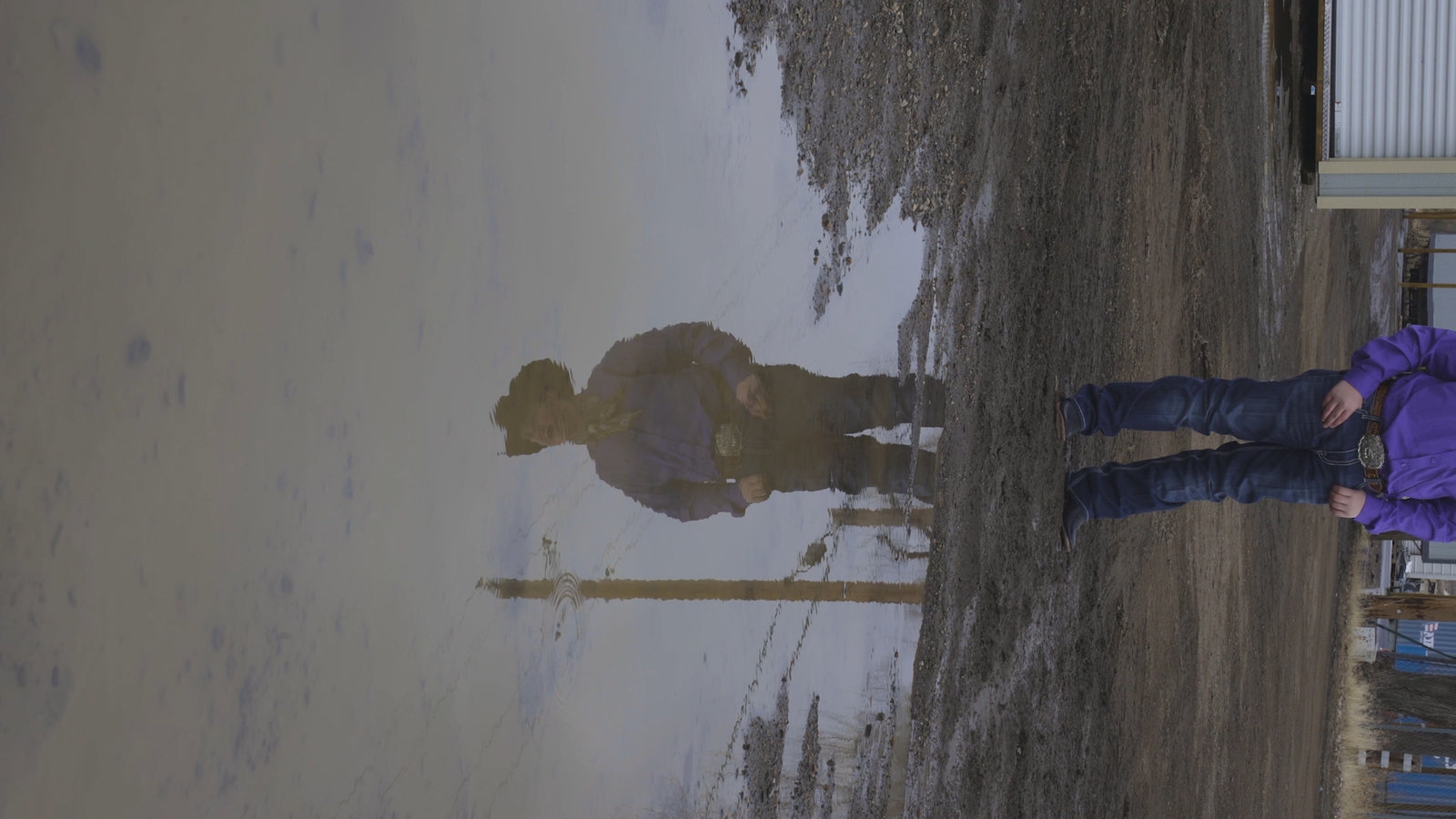 The National Cowboy Poetry Gathering, now in its 35th year, draws thousands of ranch workers and Western enthusiasts to this small city. Their home base is the Pioneer Saloon, on the ground floor of the old Pioneer Hotel, which today stands as the Western Folklife Center. The bar is full of Wranglers, Stetsons, handlebar mustaches, wool, silver-work and leather. Some cowboys wear the weather on their faces. Everyone has silk wild rags tied around their necks. A few younger men and women wearing new boots and clean ponchos wander in with guitars and cases in hand, smiling, looking a bit tentative. Most of the people here appear to be in their 60s and 70s. Most are white. Everybody’s drinking something; a few are drinking water.

The poets have come not only to practice a tradition born of work and regional identity, but to expand the idea of this ever-changing place. As the historian Richard White once wrote, “The mythic West imagined by Americans has shaped the West of history just as the West of history has helped create the West Americans have imagined.” It’s a chance to adapt an old story.

At the Elko Convention Center, a painted tarp frames the stage: a cloudless blue sky and the dun prow of a mesa jutting skyward. The performers are introduced by name, hometown and occupation, the last of which often involves manual labor. Here, the ballad tradition is strong. The rhythms of Henry Wadsworth Longfellow and Robert Service, plus classic cowboy poems like Buck Ramsey’s “Anthem,” thump through the performances. There are odes to tools, references to John Wayne, laments about bad weather.

Dan Thurston, from Elko, in a short-sleeve plaid shirt and a bolo tie, recites a poem called “Fire.” His story of being caught in a brush fire with only a watering hose evinces a connection to landscape, community and the changing fire ecology of the Intermountain West that can be hard to see from far away, even from Reno.

Many of the poets have been here before. Amy Hale Auker, who writes both poems and essays, first came to Elko in 2003, when her son was invited to perform. “The cowboy poetry and music world became my family of heart,” Ms. Auker says, “as well as a window for me into what other people living a rural life were creating.” She began performing later, around 2010.

Gail Steiger, her husband and a singer-songwriter, has come to Elko since 1988, when the Western Folklife Center dedicated that year’s gathering to his grandfather, Gail I. Gardner. “I shot a video of him singing his best-known song,” Mr. Steiger says, “‘Tying Knots in the Devil’s Tail.’ We screened it during the keynote address. I’d heard him sing the song thousands of times growing up but was shocked to see many people in the audience singing along with the video. I had no idea the song had gotten around as far as it apparently had.”

This makes Mr. Steiger a veteran of the weeklong event, which began, officially, in 1984, and unofficially, much earlier. There’s dispute about this in Elko.

The couple are ranchers near Prescott, Ariz. Physical labor inflects and informs their written work. In the poem “Sweetly Singing,” Ms. Auker writes, “Ours is a work song— / a song of doing, with hands and hearts,” words to sing even when there’s no one around to hear them except the cows and the ravens.

Ms. Auker and Mr. Steiger are in the Centre Motel, across the street from the Commercial Hotel and Casino (home of the White King — “the world’s largest dead polar bear”), preparing for the night’s performances. She lays out a new Western shirt, a gift from a friend in the cowboy poetry community. It’s pale coral pink with hand embroidered paw prints along the piping and flame-orange paintbrush flowers on the lapels. “I am fashion unconscious,” Ms. Auker says.

Mr. Steiger speaks in reverential tones of the poet Mary Oliver, her awe at the natural world’s grandeur. He recites a poem written by his grandmother, Delia Gist Gardner, who homesteaded in Skull Valley, Ariz., in the early 1900s. “When she died, we found this poem in the top drawer of her desk,” Mr. Steiger says. “She left it for us.”

Think not on my brittle bones mingling with dust, for

Are but a handful added

To those gone before.

Think, rather, that on this borrowed hill top

The West is changing. There’s the climate, of course, but the way that Westerners negotiate the myth of the West is in flux too. Work has shifted in the rural West, as have the people who perform it. Yet we don’t often hear from Peruvian shepherds who tend the herds of the Great Basin, or Mixtec fieldworkers who tend lettuce and pick apples.

Olivia Romo, a poet and water rights activist from Santa Fe, spoke about the need to hear more of those of these rural voices. “I think the only way we can engage more writers of color who have authentic connections to the land and a rich tradition in the West is creating opportunities for them to share their work and stories. Going to them! Listen to the indigenous land-based people in the West who are resilient, reclaiming their languages and songs, but most importantly ready to share and be brought to the table.” She mentioned Geno Delafose, Henry Real Bird, Tish Hinojosa and Ofelia Zepeda as some of the poets and musicians who have been embraced in Elko.

Ms. Romo first attended the gathering in 2017 to screen her poem-film about the acequias, the traditional community water resources of New Mexico, for the Moving Rural Verse Project. In one of the afternoon readings she read poems that speak to a hybrid mythology of the West. One invokes Tlaloc, the Aztec rain god; another creates a new myth in which the roadrunner is a prophet. “The drought has been my entire lifetime,” Ms. Romo says.

She uses the rhythms and speech patterns of spoken word poetry in a strong mixture of Spanish and English, to speak of familial ties and heritage. “Chaquegüe,” a poem named for the blue corn mush that is central to New Mexican cuisine, makes food a metaphor for tradition, linking her father’s corn harvest with the traditions of New Mexican Chicano culture, highlighting water fights between rural communities and big western cities. These fights are everywhere and will only increase as climate change and population growth collide.

After the bountiful blessing of corn he had harvested that season

he cleansed and toasted it

Panning kernels of our history —

Can survive any drought

My gente are the semilla y vamos a sobrevivir

Speak in our language so the spirits can

the ancestors are listening.

Poems like Ms. Romo’s point to new myths, just as capacious and fragile as the actual West, despite its tortured history. After all, real cowboys are not always boys, and the resilience that Ms. Romo addresses, through the figure of corn, is something everyone in the West can acknowledge, because when you live here it’s obvious, once you notice.

It’s dusk now, and Henry Real Bird, a rancher and the former poet laureate of Montana, is walking in the bare snags of coyote willow on the banks of the Humboldt River three blocks south of downtown. It’s getting cold out; Mr. Real Bird’s wool coat slides from his shoulders as he puts his hands in his pockets.

How much longer do you want to be in the wind? his poem begins.

A plane overhead interrupts his reading, and he stops, clearing his throat.

He continues, as the air fills with the roar of an airplane.

How much longer do you want to be in the wind?

The poem, “Indecision,” is a tour de force of absolute presence. As he speaks, the vowels crash together, and the words change speeds, echoing the jazz inflections of beat poetry and evoking synesthesia. “You can hear the stars in the wind,” he says. The words swoop over and under one another. “I reached in the roar of the water for a feeling in the wind.” The word “water” has been on everyone’s lips, and here it is, some of that precious desert water, heading toward the Humboldt Sink, 200 miles west of here.

Mr. Real Bird ends his recitation. “That’s how that one goes,” he says, and the dusk goes pink all around. 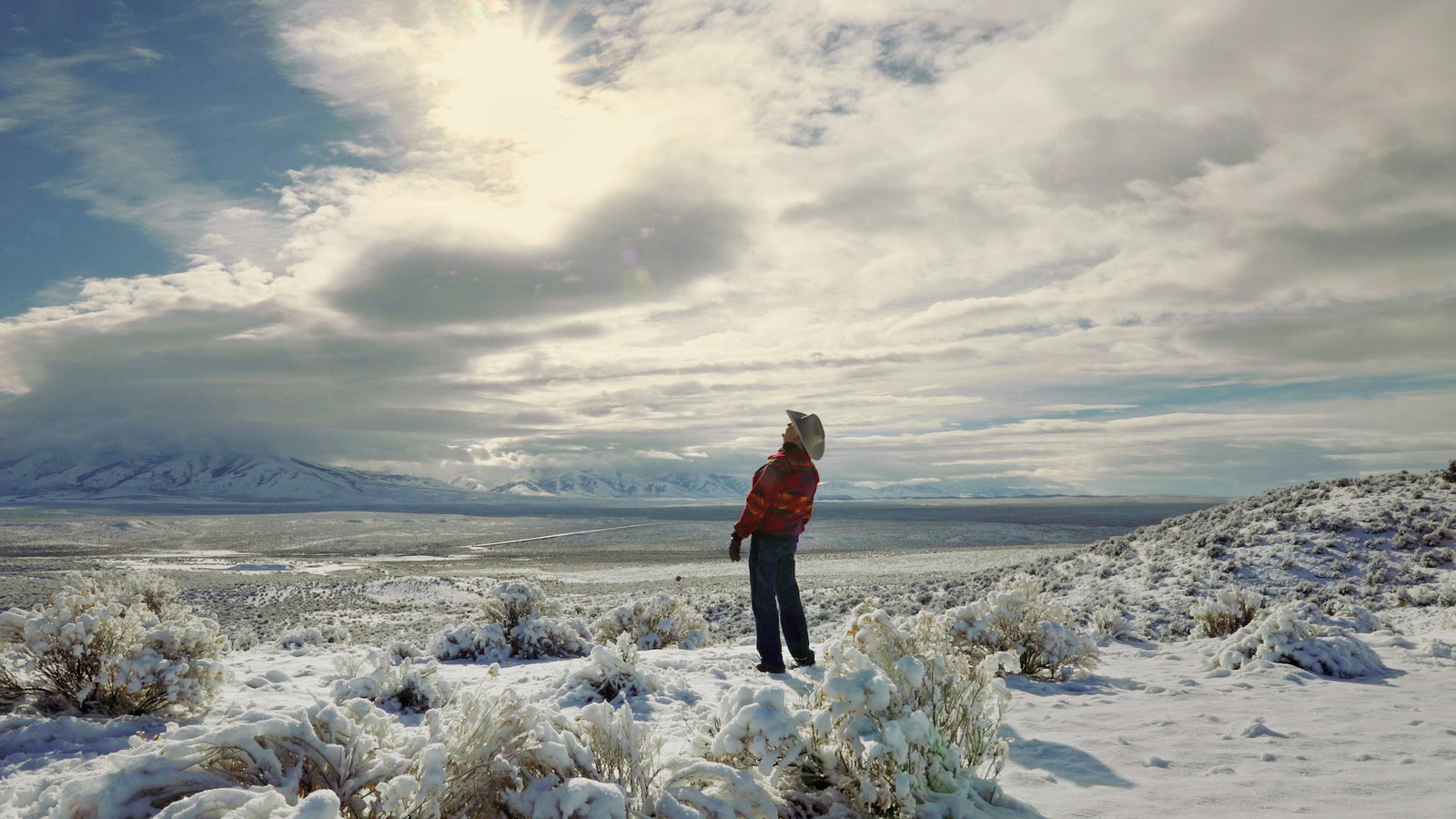 Aubrey Trinnaman is an artist living in Northern California. Jared Stanley's most recent book of poetry is “EARS.” Jackson Barlow assisted with video.