From sweatshirts to graphic tees, Ruth Bader Ginsburg’s iconic face and nickname (The Notorious RBG) have made their mark in feminists’ sartorial choices. If you were thinking there’s no better way to show your RBG love than a sweatshirt, there’s something new for you. A Ruth Bader Ginsburg leopard print shirt exists, and it’s SO good.

Ruth Bader Ginsburg has been an feminist icon on the Supreme Court for years now. Recently, her popularity has seemed to reach a fever pitch thanks to pop culture’s embrace of the judge. Not only is there a fictionalized film about her life starring Felicity Jones and Armie Hammer (On The Basis of Sex), but she’s also the subject of a now Oscar nominated documentary aptly titled RBG. Then, of course, there are all of the assorted clothing items and accessories. From enamel pins with her face on them to sweatshirts and tees, the Supreme Court justice has entered the pop culture mainstream, and she certainly doesn’t seem to be going anywhere.

Now, there’s a brand new way to show your love and support of the feminist icon. Betabrand has launched a leopard print Ruth Bader Ginsburg shirt, and before you start thinking it’s just her face surrounded by the animal pattern, just wait. It’s even better than you imagined. 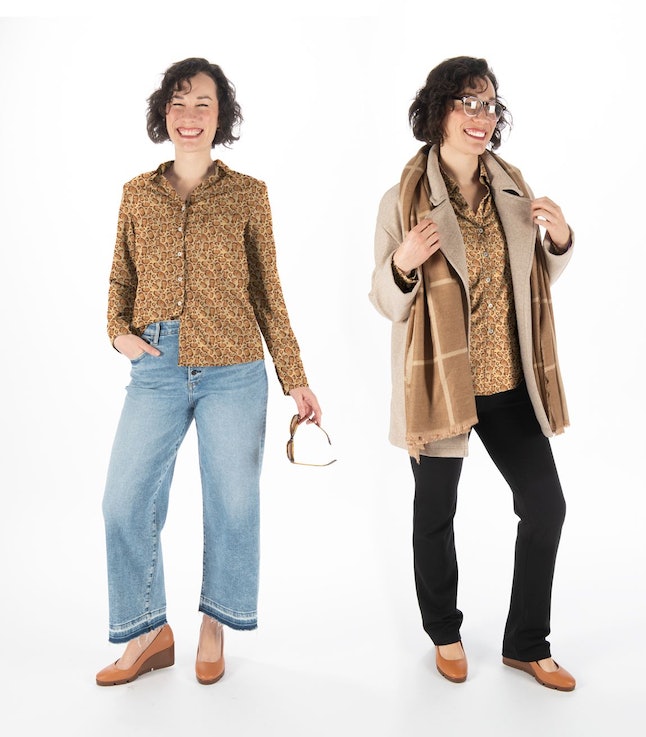 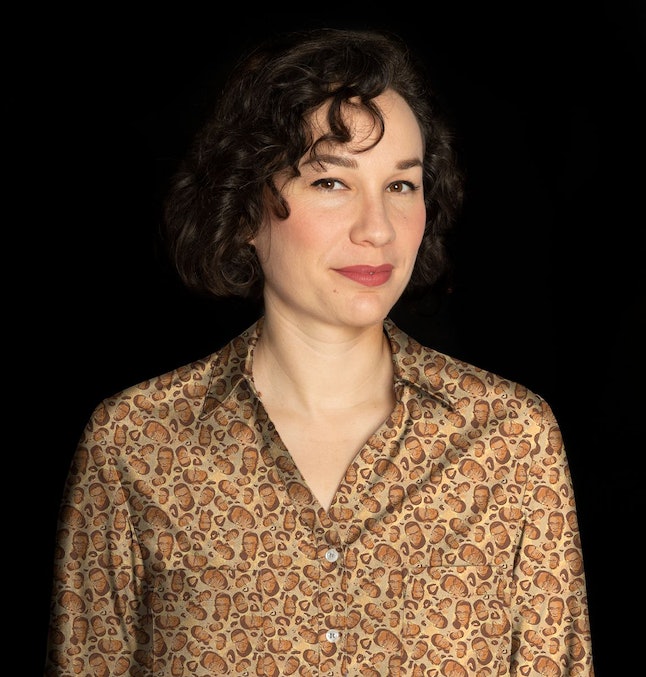 Once you get up close, you can see that the leopard print you believe is there, is actually differently sized Ruth Bader Ginsburg heads. Yes, really! 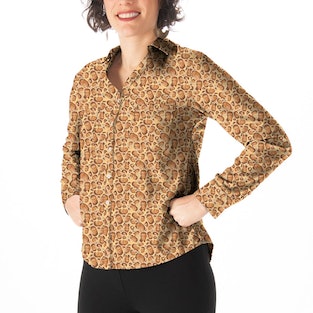 If you’ve gotten your fill of wear just a single RBG face, why not wear a lot of them? Plus, while your hoodie and tee may not be office appropriate, you could totally rock this button down to your job and embrace your inner Ginsburg while you’re on the clock. 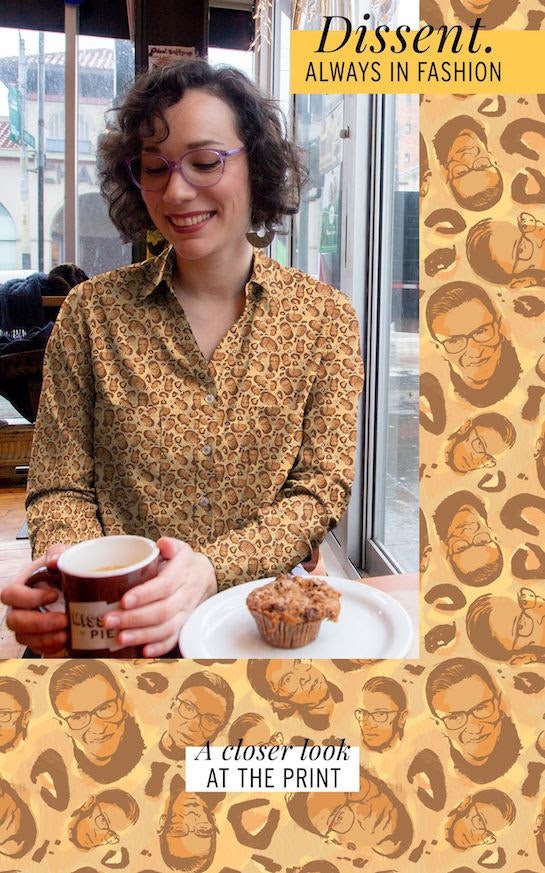 If you want to get your hands on the shirt, you can head over to the Betabrand website now. Currently, it retails for $66.30 and comes in sizes XS to XXL, but hopefully that range could expand if you let the company know that you don’t see your size. After all, it’s clear there’s a real interest in the pattern, which was created by designer Donta Santisteven. The shirt was originally set up as a crowd funding item. It’s only been a few days, and the RBG camouflaged print has already gone over 450% of its original goal. 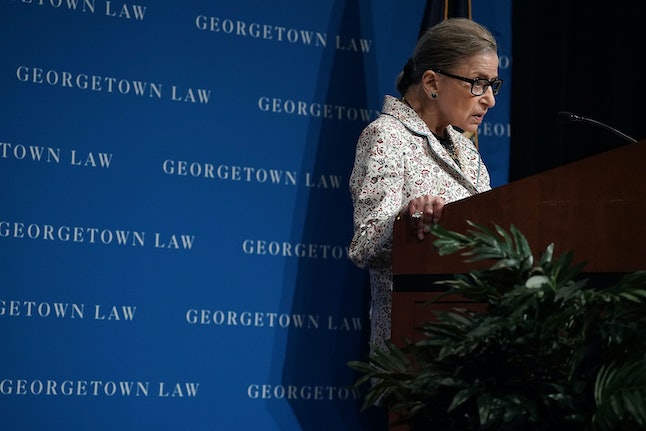 According to the brand, customers are putting in requests for other items covered in the print as well. From pajamas to wallpaper, people love Justice Ginsburg’s face apparently. Can’t you just imagine a pair of flats that seem leopard print but are actually RBG? Genius.

If you want to be one of the first to get your hands on the shirt, head over to Betabrand’s website now. The item is up for pre-order with an expected shipping time of June. Maybe one day soon, you’ll see an entire RBG leopard suit or an RBG scarf to emulate her famous jabots. The sky’s the limit with this print.