A TIKTOKING grandmother has revealed her best tip for cutting onions.

She said if you follow her directions, you won’t cry while cutting onions ever again. 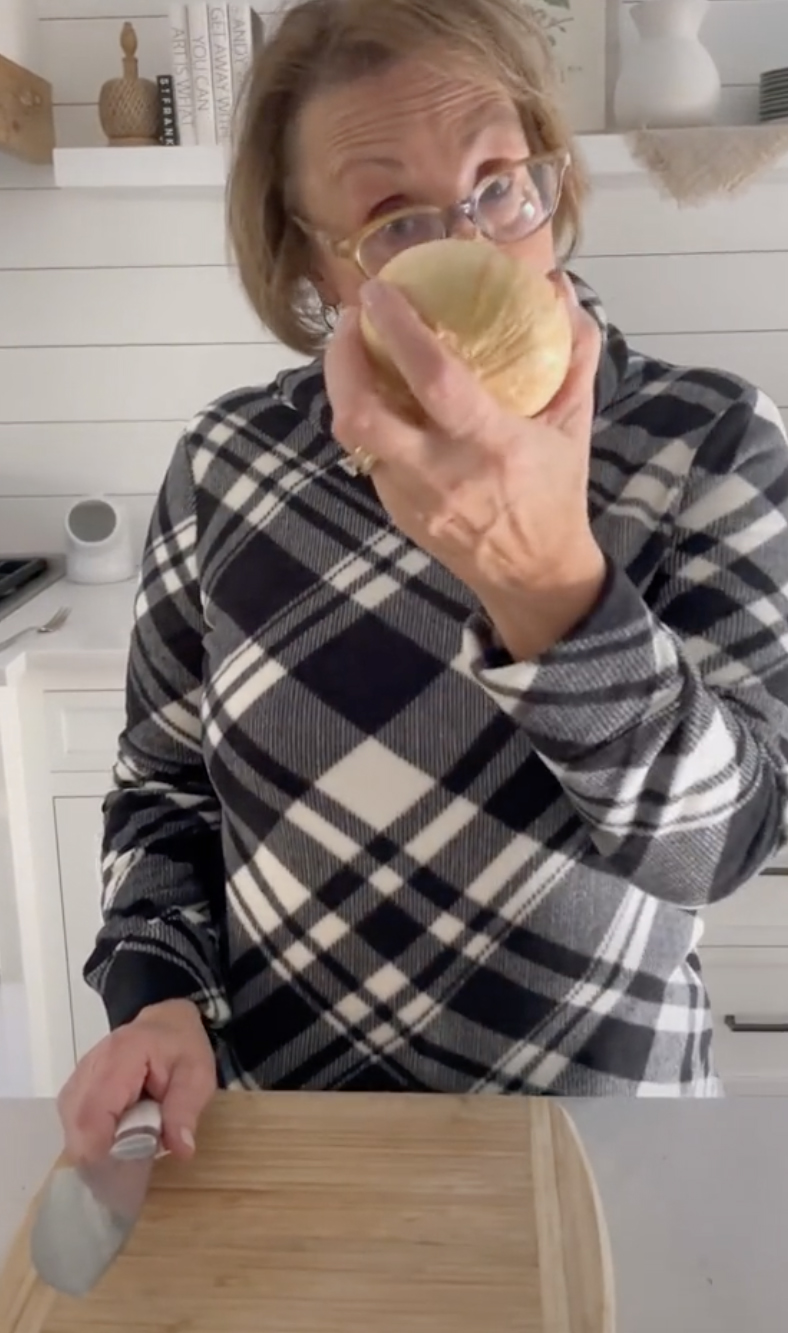 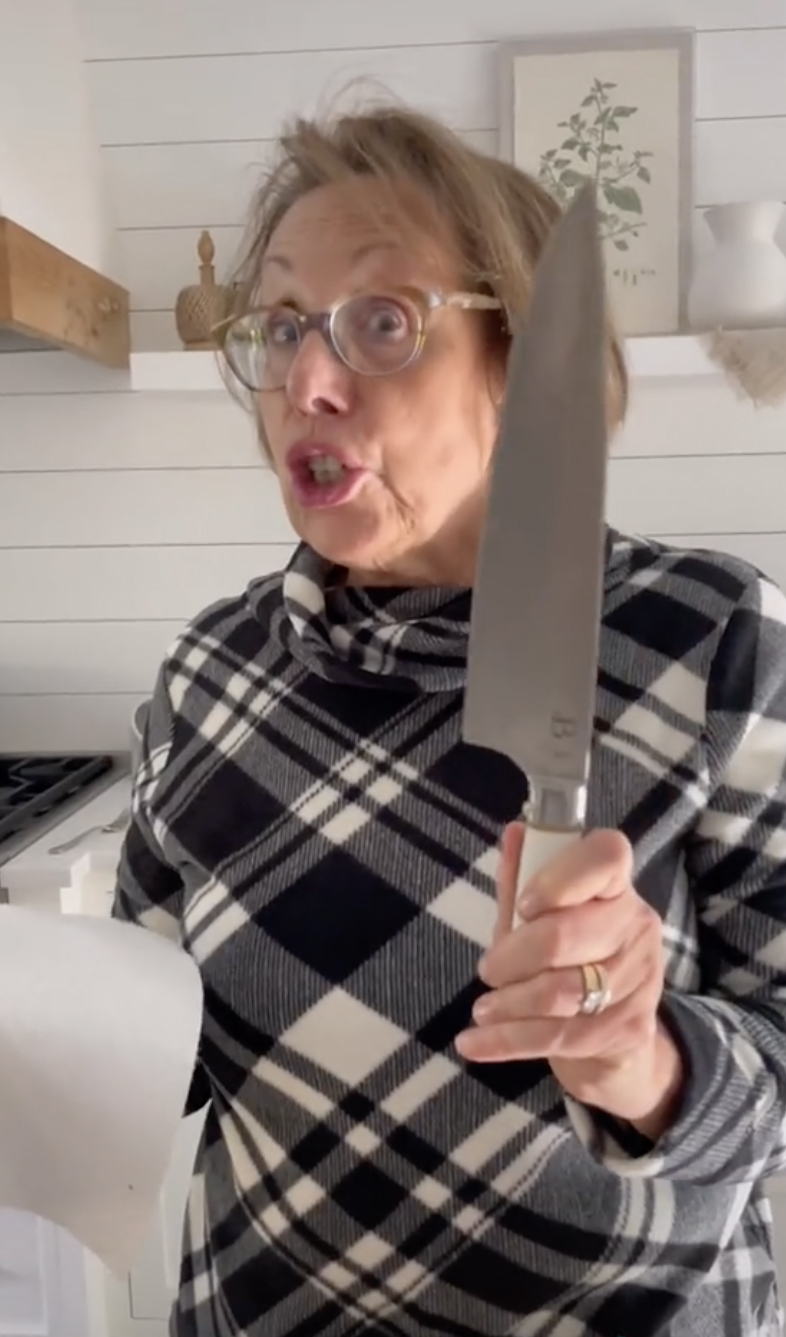 The grandmother, who goes by Babs and Nonna online, posted her step-by-step guide on her popular TikTok page.

“You need a really good sharp knife. Coat it with olive oil,” she instructed followed by a video of her cutting onions with no fuss.

“No tearing. No crazies. No running out of the kitchen. Worked for me.”

Bab’s followers were immediately thankful for the tip.

“Thanks for being the mom I always needed,” one person commented.

“Wow! Never heard of this hack before,” another user exclaimed.

“Definitely going to try it – Thanks Babs!!”

Other TikTokers shared their own advice.

One person suggested putting a wet towel on the cutting board and another said to avoid cutting the root.

Previously, a different TikToker showed her followers that they have been cutting cucumbers wrong.

She instructed people to put cling wrap around a portion of the cucumber.

Then, she cut down to the wrap in the shape of an “X.”

Finally, she sliced the cucumber as one would if they wanted the usual circular slices.

The end result was tiny, bite-sized pieces of cucumber.

A third person also notified the internet that they’ve been cutting brownies the wrong way.

The woman revealed that metal knives leave behind a crumbling brownie piece, while plastic knives work best to give a smooth cut. 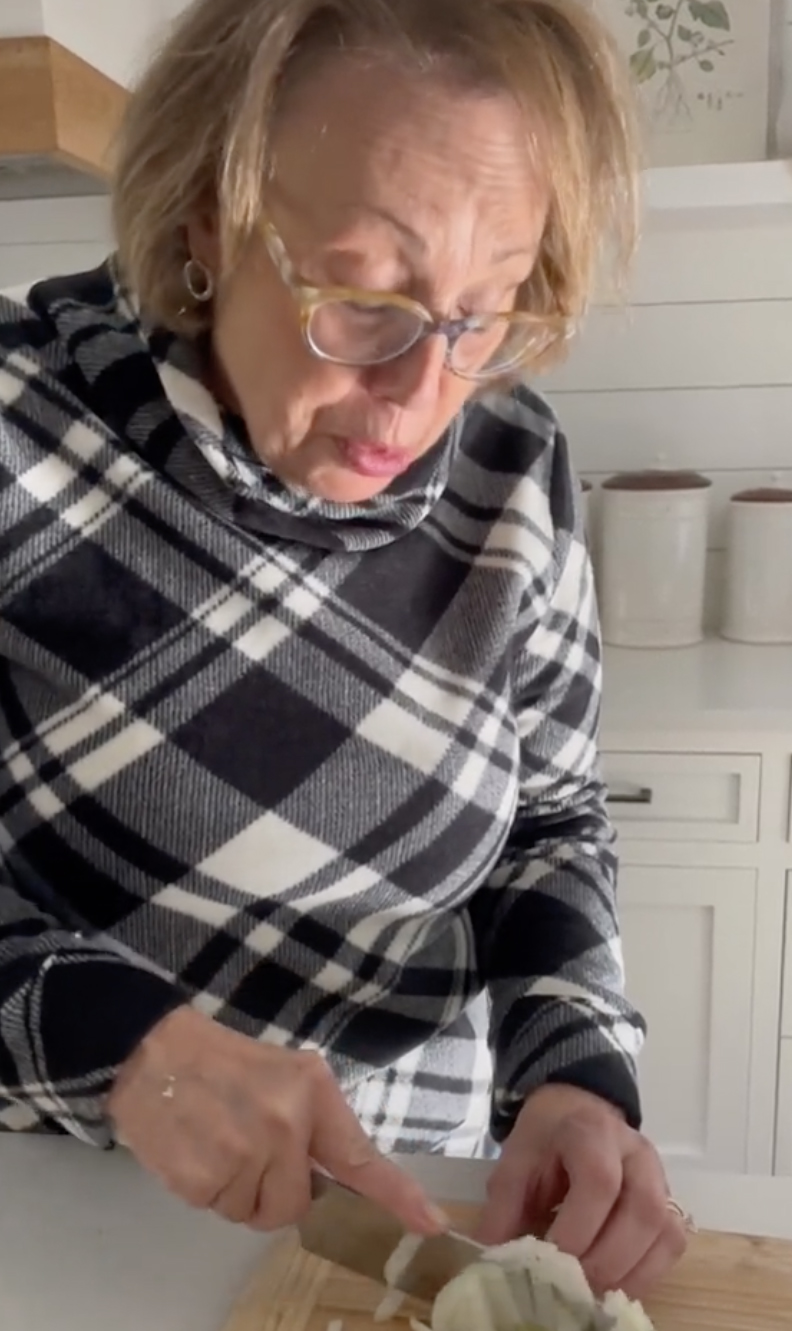