Zara Phillips married Mike Tindall, becoming Zara Tindall, in 2011 in Scotland. The wedding came a few months after the wedding of Prince William and Kate Middleton, but was a less monumental affair.

The wedding was not broadcast on TV, but it was a stunning occasion it is own right, imbued with the traditions of the British Royal Family.

It belonged to Prince Philip’s mother, Princess Andrew of Greece and Denmark.

The piece reflects Zara and her mother’s Greek ancestry.

The name of the tiara is a Greek word for the specific design of this intricate piece. 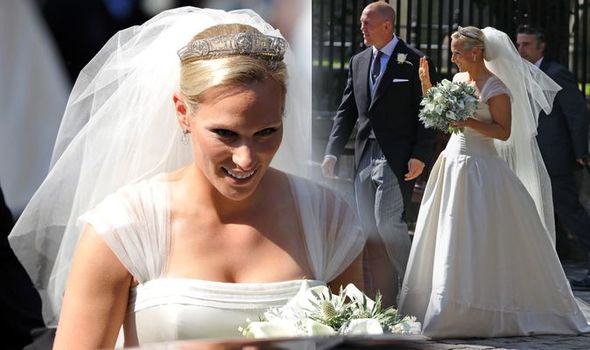 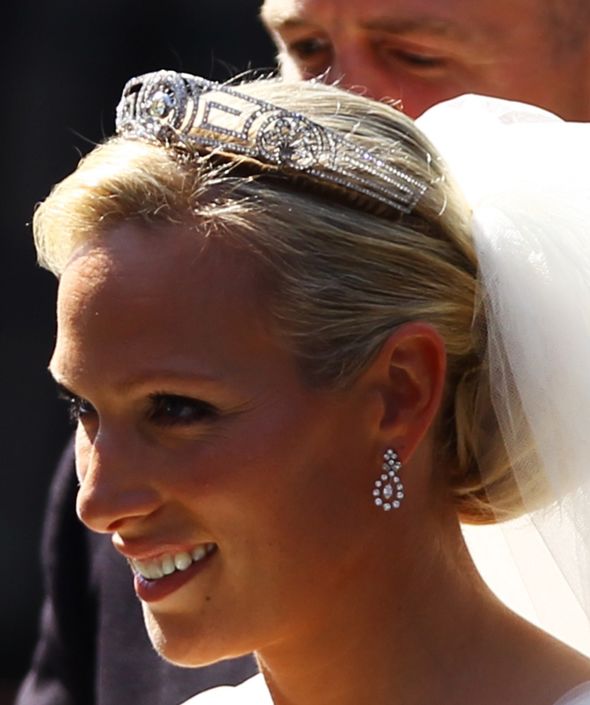 The diamond piece, which has been in the family for four generations, has a laurel in the middle and honeysuckle parts on the side.

It has been suggested the piece was made by Cartier, although the maker is not known.

The piece was given as a gift to Princess Elizabeth, but when she became Queen she soon handed down this tiara to her daughter Anne.

Zara’s earrings were also given to her by her mother for the day.

The pieces are stunning teardrop shape pendants created from diamonds.

They are similar in style to the Queen’s Diamond Pendant Earrings, but are smaller.

Zara also wore her great-grandmother’s veil on the occasion.

Zara is the first grandchild of Prince Philip and the Queen, who both attended her wedding day.

She is also close with Prince Charles, the pair sharing a number of passions. 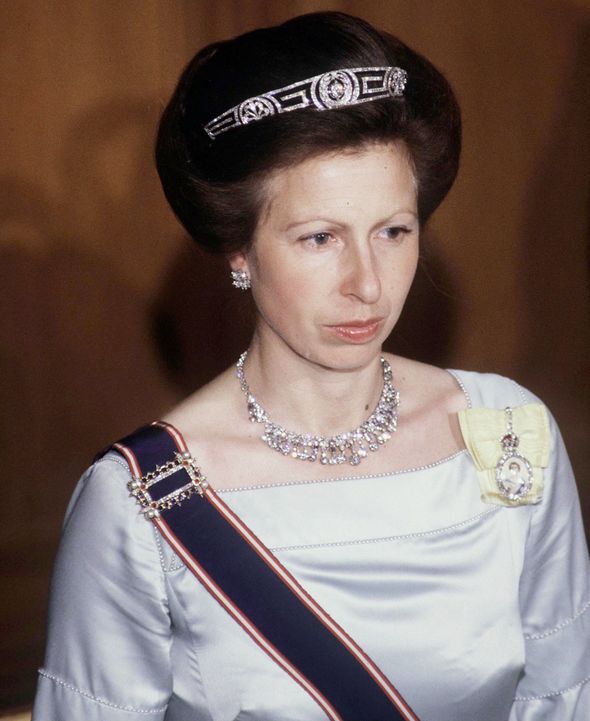 Zara met her husband Mike during England’s Rugby World Cup-winning campaign in 2003, while in Australia.

Both have a keen interest in sports, which no doubt formed a basis of their connection. Now the couple have two daughters, Mia, six, and Lena, two.

The ring features a large brilliant cut diamond set on a split band.

The band has pave diamonds set in platinum. 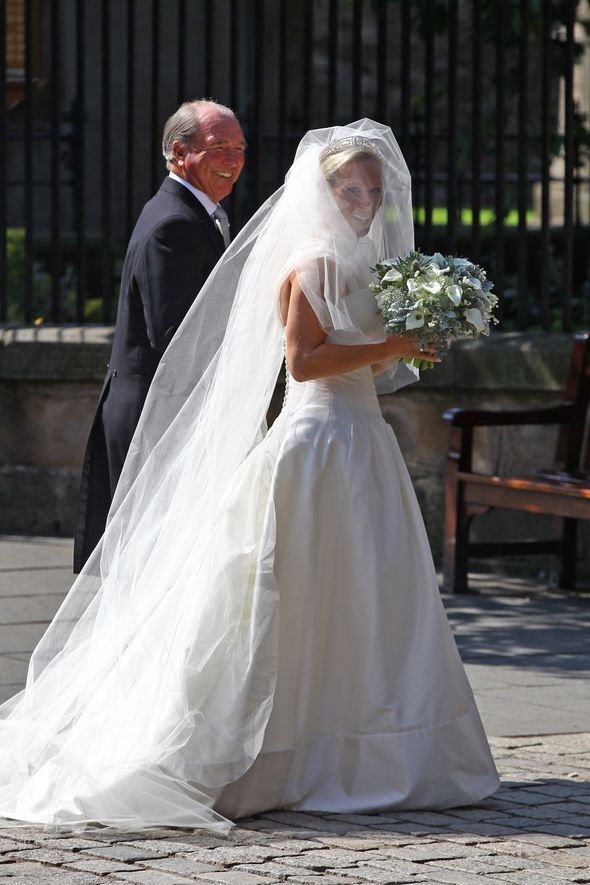 It has been reported to be a 2.0ct diamond

She Town and Country Magazine in 2017: “I didn’t appreciate jewellery until I got a bit older and started going to events.

“I never wore rings. My engagement ring was my first.

“Mike found it – I hinted what I liked, but he did it all himself.”