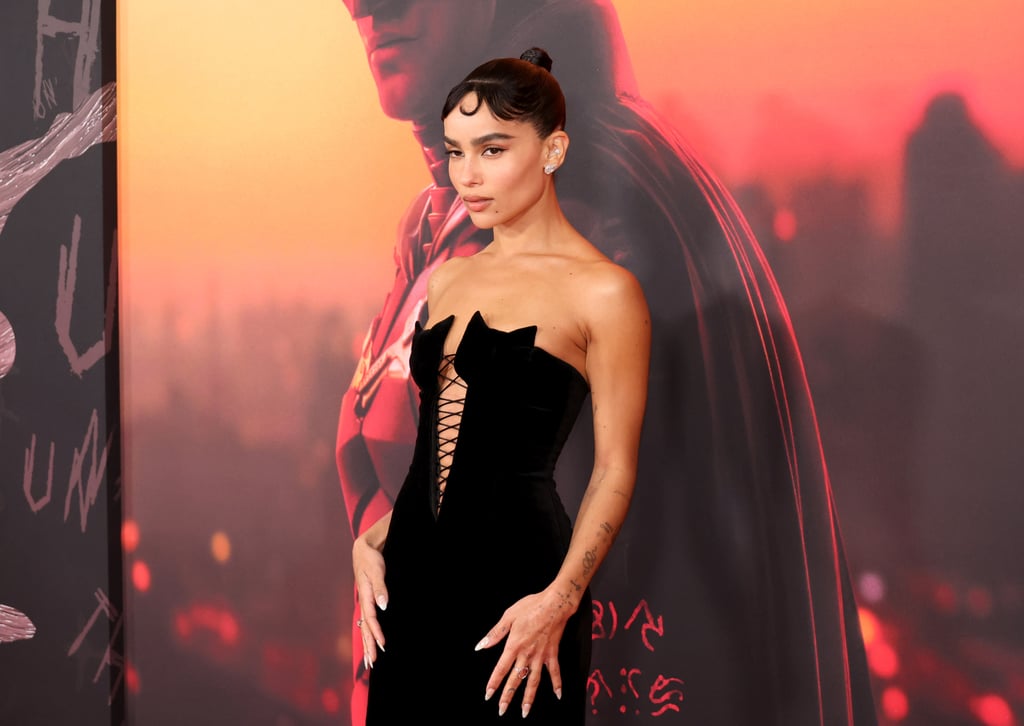 The latest stop on Zoë Kravitz’s press tour? An appearance on “The Tonight Show Starring Jimmy Fallon.” On Wednesday evening, the actor promoted “The Batman,” which debuts in theaters on Friday, while continuing her style streak of sleek method dressing.

Styled by Andrew Mukamal, Kravitz first wore an all-black ensemble featuring a cropped mock-neck top and high-waisted pleated trousers. For another segment, she changed into a silk feather-trimmed Saint Laurent skirt that sat low on her hips. She let the bright-red skirt steal the spotlight, pairing the low-rise midi with a simple black turtleneck. Kravitz completed both outfits with pointed black pumps and an assortment of gold rings and earrings.

A nod to her character on “The Batman”, Selina Kyle, Kravitz’s late-night looks are aligned with the edgy style she’s brought on her press tour thus far — but they certainly err on the casual side. Just a day prior, the actor attended the film’s world premiere in a cheeky Catwoman-inspired Oscar de la Renta dress with a silhouette of two black cats at the bust. For a previous screening, Kravitz wore a similar black column Saint Laurent dress with bat-shaped underboob cutouts. The actor dressed in Saint Laurent once again at a previous press event in Paris, wearing a belted patent-leather trench coat over a mesh catsuit.

A YSL Beauty ambassador since 2016, Kravitz has a longstanding relationship with the fashion house and its creative director, Anthony Vaccarello. She’s worn the brand on numerous occasions, most notably at last year’s Met Gala, where she made a splash in a bejeweled naked dress. The actor also chose an all-black sequined gown from the designer for the previous Met Gala in 2019. Ahead, get a closer look at Kravitz’s striking outfits on “The Tonight Show.”