Business Insider asked real-estate agents around the country about what it’s really like working in the industry, what they wish they could tell their clients, and the weirdest requests they’ve ever received from clients.

One agent said they were asked to show a home and conduct almost the entire sale process over FaceTime. Another was asked to install a listening device in a client’s home so they could hear the prospective buyers’ comments.

Many of the agents’ strangest requests had to do with pets, from being asked to walk a client’s dog before each showing to bringing a buyer’s parrot through the house to make sure it was “comfortable” in the home.

Here are 13 of some of the strangest and most extreme requests real-estate agents have ever gotten from clients.

1. One client asked an agent to spy on prospective buyers. 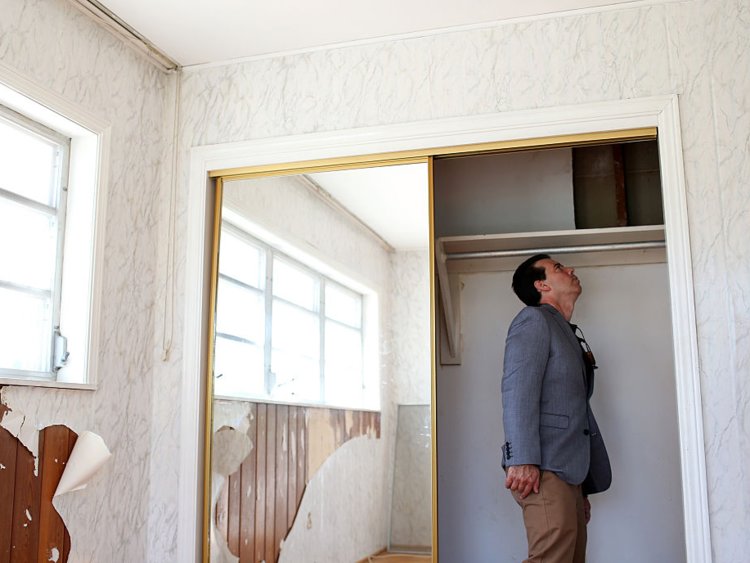 Terry Hamilton (not pictured), who sells homes in Missouri and Kansas for an average $265,000, said one of the strangest requests he ever got was when a client asked him “to install a listening device in their home so we could hear the prospective buyer’s comments.”

2. One agent was asked to walk a client’s dog every time he showed their home. 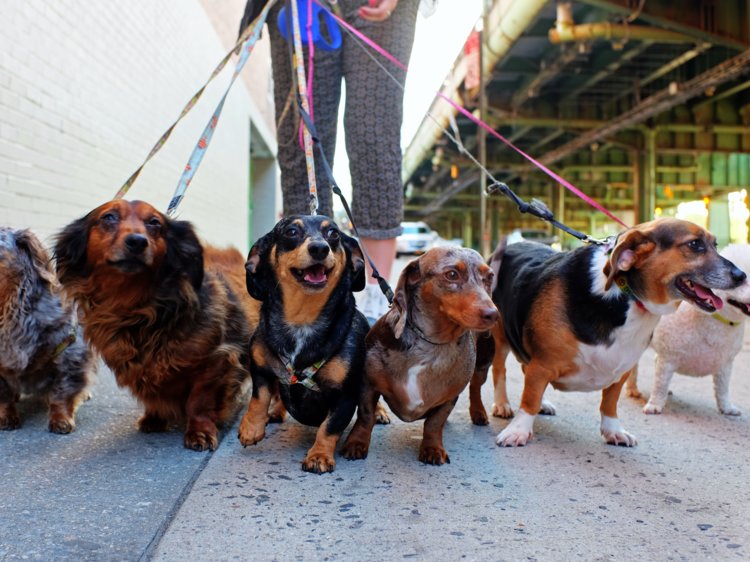 Boris Fabrikant of Compass, who sells homes with an average price of $1.5 million in Manhattan, says a client once asked him, “Can you walk my dog before each showing?”

3. One foreign buyer wanted to buy a home over FaceTime — and he did. 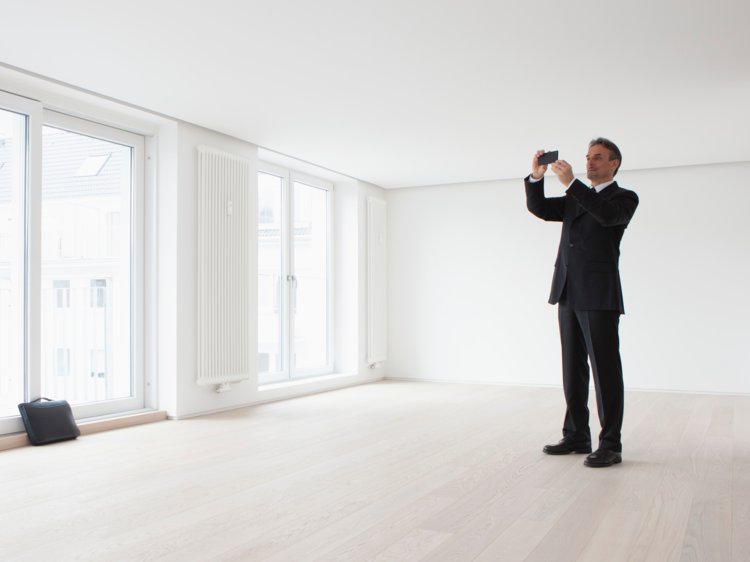 “The most extreme request I received was from a foreign buyer who asked me to FaceTime him for a showing from abroad,” said Jared Barnett of Compass, who sells homes from $2 million to $5 million in New York City. “He ended up purchasing the $4 million apartment all cash without stepping foot into the home until the day of the closing!”

4. One client asked to use every bathroom in a home before buying it. 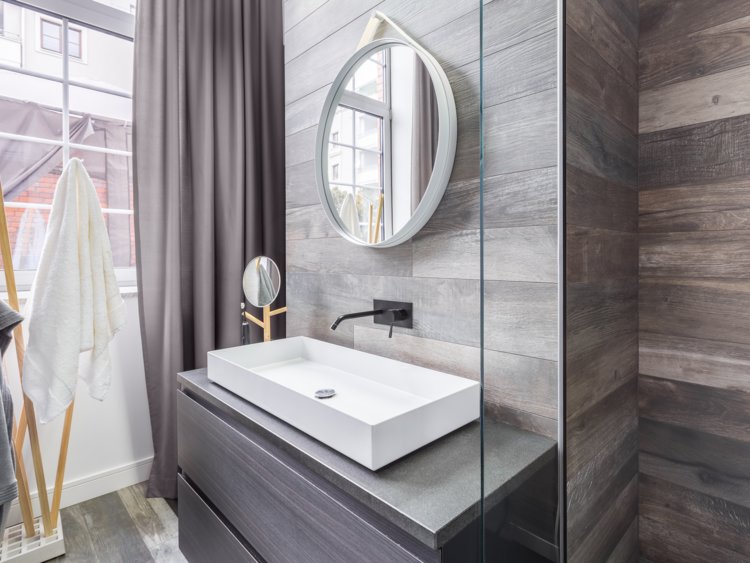 Kelly Robinson of Compass, who sells Manhattan and Brooklyn homes at an average of $3 million, said a client once told her: “I need to do my business in every bathroom before buying the home.”

5. A seller wanted the buyer to take their pet along with the home. 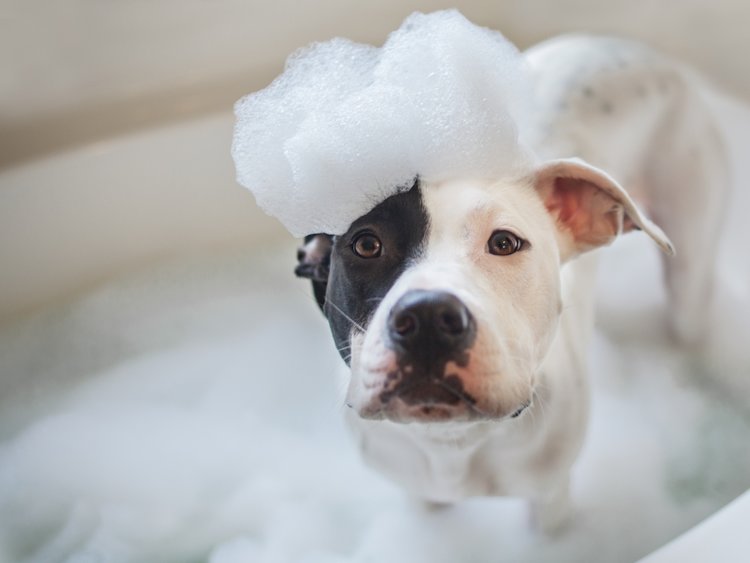 Karen Benvenuto of Compass, who sells $1 million to $3 million homes in the Hamptons, said she once encountered “a seller that wanted the buyer to adopt their pet as part of the transaction.”

6. The agent had to clean out a shed in a foot of snow because the homeowner forgot to do it. 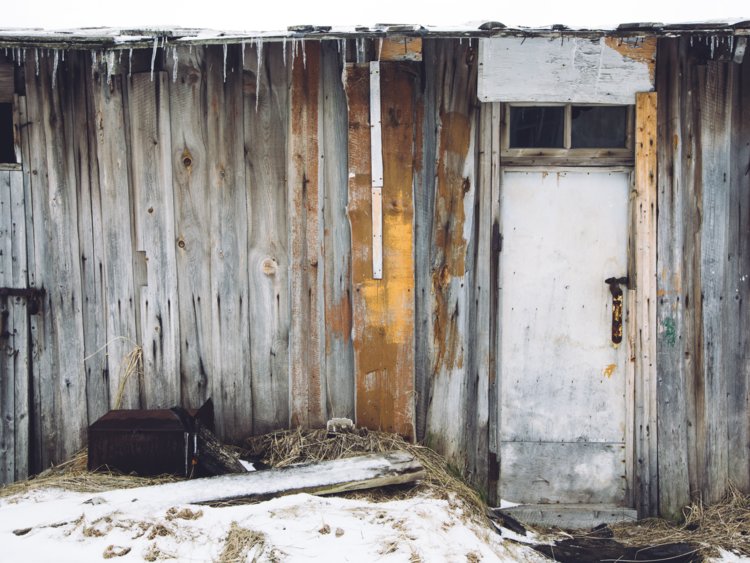 Once, “a homeowner forgot to clean out the shed for the walk-through (left out of state) and there was about a foot of snow and we wheelbarrowed (in heeled boots) all the debris from the shed all the way in the backyard to the front yard to be picked up for garbage on the day of the closing,” Lina Lopes of Douglas Elliman, who sells homes with an average price of $350,000 in Suffolk County, Long Island, told Business Insider.

7. A client asked agents to walk their parrot through the house to make sure it was “comfortable” there.

Richard Steinberg and Payton Smith of the Douglas Elliman Steinberg Team, who sells $10 million homes on average in Palm Beach and throughout South Florida, said the strangest request they’ve gotten “would have to be walking their parrot through the house to make sure it was comfortable!”

8. One buyer asked the agent to spray a hose on each home they looked at to see how it would sound in the rain. 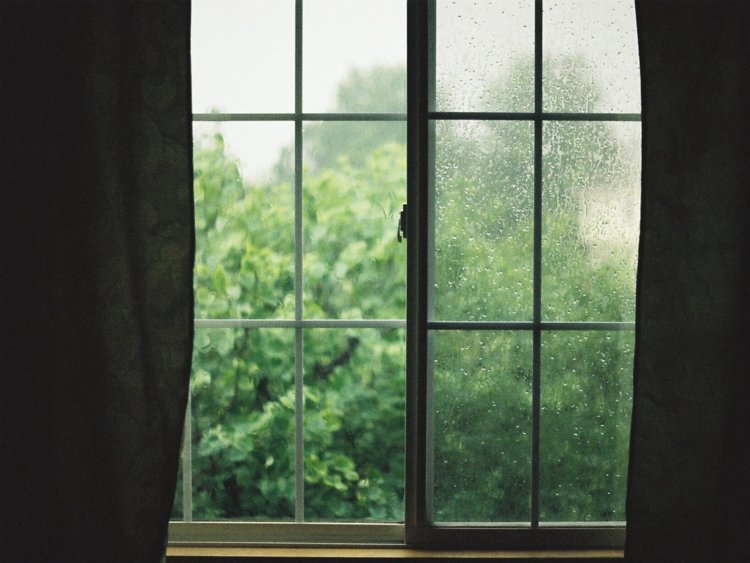 “I was taking a buyer out in Greenpoint, Brooklyn, and they were very adamant about finding a place of ‘tranquility; quiet’… including from the rain,”Jason Tsalkas, an agent at Compass who sells homes primarily in Brooklyn for between $650,000 and $2 million, told Business Insider.

“So, for every place we saw, they asked me to turn on the hose from the outdoor space and spray the windows and outer-linings of the house as if it were raining to test the sound,” Tsalkas said. “For the record, we found a place for them.”

9. One buyer needed to be near a subway station with an elevator — and it was nearly impossible to find. 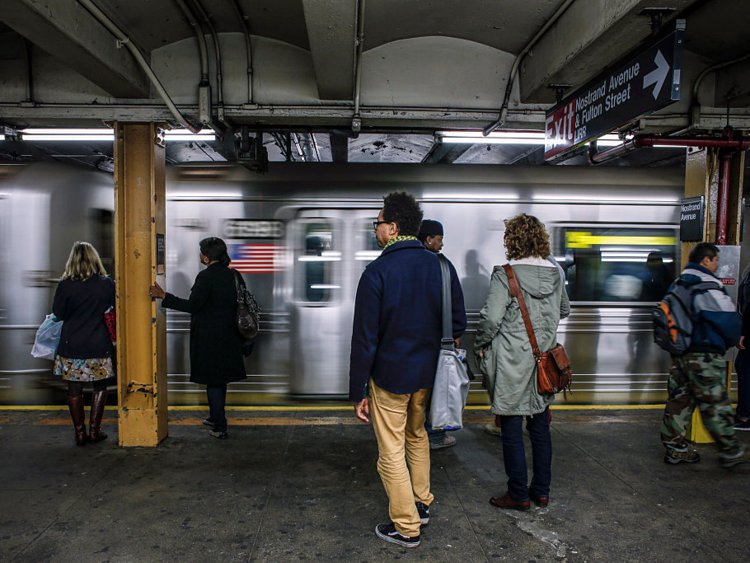 “Not so much strange as it was just something I hadn’t thought about: I once I had a client insist on being close to a subway station with an elevator,” Colin Turek of Compass, who sells homes in New York City between $800,000 and $2 million, told Business Insider.

“She had a bad back and accessibility was critical. Through the process of working with her, I realized that MOST stations do not have elevators and present other accessibility issues. The city needs to address this!”

10. A newlywed couple left behind a huge mess for their agent to clean up when they went on their honeymoon. 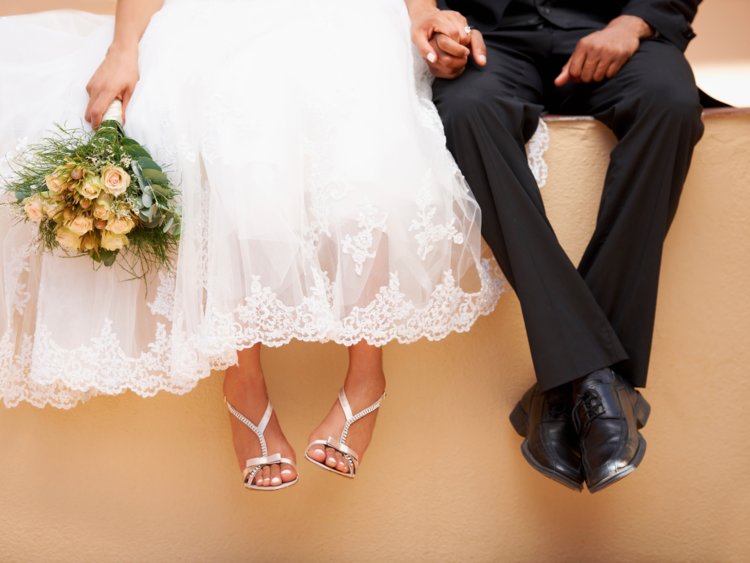 Maggie Ross of Compass, who sells homes in Brooklyn at an average $2 million, said her most extreme “request” was having to clean up after some newlyweds.

“I was once asked to host an open house in a small apartment after the wedding of the couple — who left for their honeymoon with a room full of half-smoked joints, beer bottles, and the wedding dress on the floor,” Ross said. “Thankfully, I arrived early!”

11. One client refused to look at potential homes that were nearly homeless shelters or public housing. 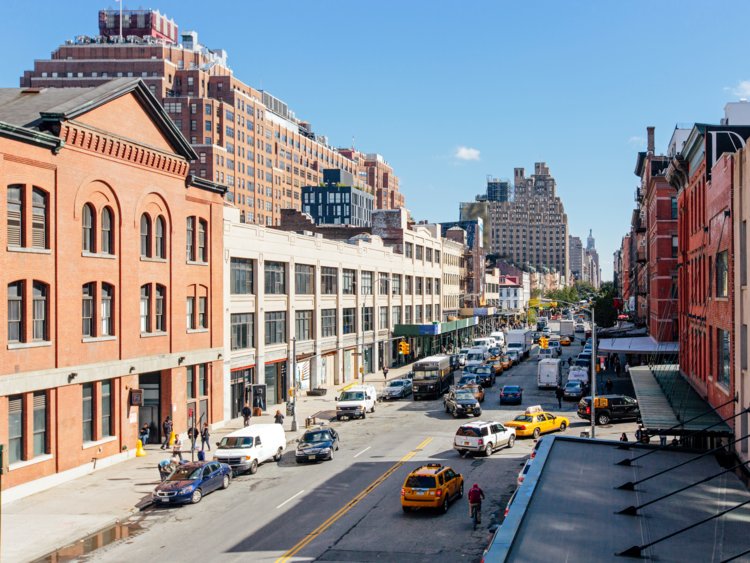 “I am lucky, my strangest request to date was a buyer who wanted me to identify every public housing and homeless shelter in the neighborhood so that she could eliminate any nearby properties,” Adam Feinberg, an agent at Anchor NYC who sells homes with an average price of $725,000, told Business Insider. “This is NYC — almost every neighborhood has these.”

When Feinberg told her that he couldn’t do that as it would violate fair housing laws and recommended she walk the neighborhood instead, she wished him luck and he never heard from her again.

12. A client insisted on going to view a house in a snowstorm. 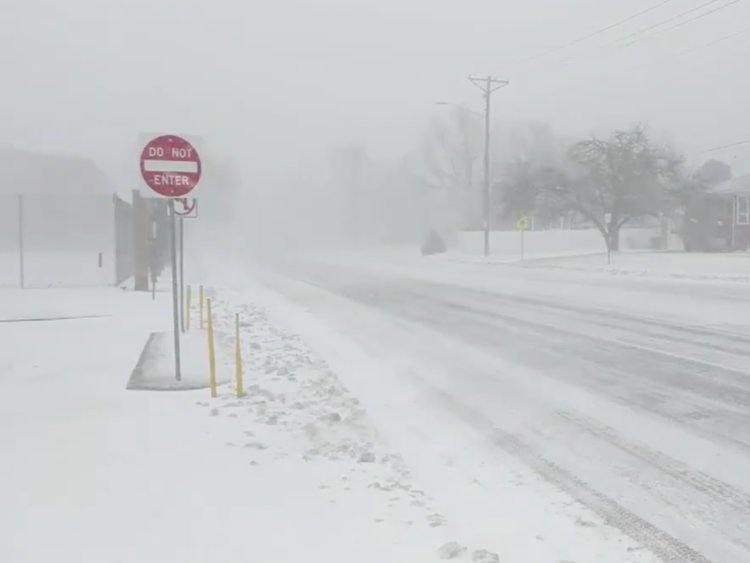 Mitzie Newman, a North Carolina-based agent who sells homes with an average price of $135,000, told Business Insider that a client wanted to “to go view a home in a snowstorm (in NC!), because God told her it was the one.”

13. An agent had to clean out one client’s closet. 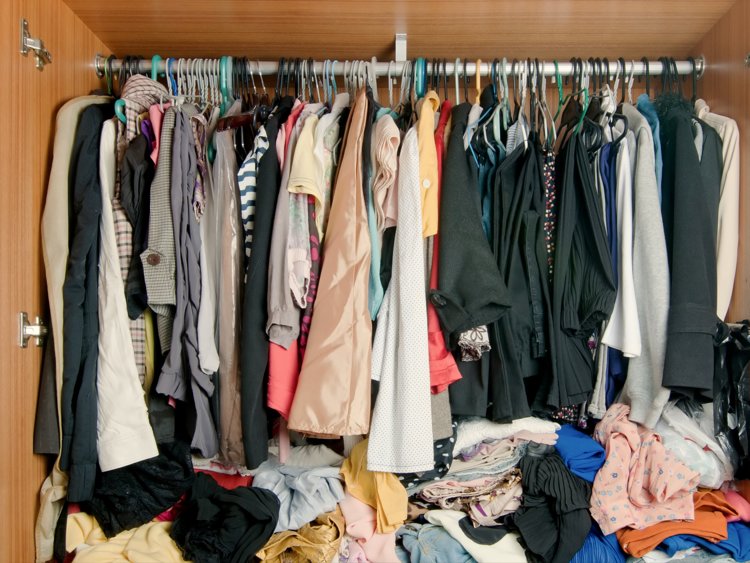 Eric Goldie of Compass, who handles sales in New York City for $1 million to $5 million on average, told Business Insider he once had to clean out a client’s entire closet for them.

“From throwing out old luggage to folding their underwear,” Goldie said. “It was one of the most humbling experiences of my career.”

SEE ALSO:10 things real-estate agents wish they could tell you — but won't

DON'T MISS:11 things that make a home unsellable, according to real-estate agents