Take it back! Leida tried to give back her ring to Eric after his long list of failures during the Sunday, December 2, episode of 90 Day Fiancé. He hasn’t followed through on any of his promises to her, and Leida was over it and wanted what was best for her and her son. Check out what you might have missed during this week’s episode!

Leida Wanted to Call Off the Wedding

Leida has been, to put it bluntly, disappointed with her life in America. She hates Eric’s apartment, she argued with Eric’s daughter and this week, she discovered that her upcoming wedding will be small and cheaply put together. She saw the venue and absolutely hated it.

“My family are not able to come to the wedding because they disapprove,” Leida said. “To be honest, I’m glad that my family won’t be here because they will complain a lot [that] Eric is not doing a good enough job again.”

Eventually, Eric agreed to at least up the floral budget to make the venue look a little nicer. However, when the couple went furniture shopping to try to find a new bed so Leida’s son could stop sleeping on a mattress on the floor, all hell broke loose. Eric revealed he had a tiny budget and couldn’t afford any new furniture and Leida freaked out.

“You need to get rid of that selfish Indonesian culture background,” Eric yelled at her.

Leida was done accepting and felt lied to, so she let him know she was at her wit’s end.

“I don’t want to get married,” Leida said. “I’ll just give the ring back to you. Let’s just end this.”

Larissa Made Colt Choose Between Her and His Mother

Larissa has been unhappy living in Las Vegas with Colt and his mother, so he decided to make her happy by looking at one-bedroom apartments for rent.

“We don’t have enough privacy because we live with Debbie,” Larissa said. “Debbie is like a cat. She disappears but she appears when it’s time to make your life hell.”

Colt was torn about the situation because he didn’t want to leave his mother alone after living with her for 33 years. Larissa didn’t care at all.

“You can’t make me choose between you and my mother. It’s not fair,” he told Larissa. “I would never ask you to make that choice.” Larissa didn’t care and just wanted him to “cut the umbilical cord” already.

Someone Threatened Jay and Ashley’s Wedding

Jay and Ashley got over their fight from last week and were getting excited for their upcoming wedding. They went to see the venue and everything was great, until Ashley noticed hundreds of racist and threatening comments on their wedding website.

“Everything is just my fault. I’m the cause of all of this,” Jay said.

Ashley reassured him that it wasn’t his fault and admitted to being naive about being engaged to a black man in her town. The commenters even made reference to guns, saying they would show up to their wedding and cause violence.

“These comments make me feel really angry. Make me want to go back to Jamaica and don’t wanna be in America no more,” Jay cried during his confessional. This is supposed to be the happiest time for the couple, and they had to deal with such hate and it’s totally heartbreaking.

Asuelu and Kalani have been having several issues in their relationship and this week was no different. Kalani went wedding dress shopping and couldn’t commit to a gown because she wasn’t even sure if she wanted to tie the knot.

“I still have serious doubts about getting married,” Kalani said. “I feel like, ‘Why am I looking for a dress to marry someone that I don’t even know if ‘ want to marry?’”

When the couple went to brunch with Kalani’s sister, they got into a fight over whether or not Kalani likes Asuelu’s family. She lost it because she didn’t like a sexual comment Asuelu’s brother made toward her, and felt it was unfair for him to be mad that she wouldn’t accept it. 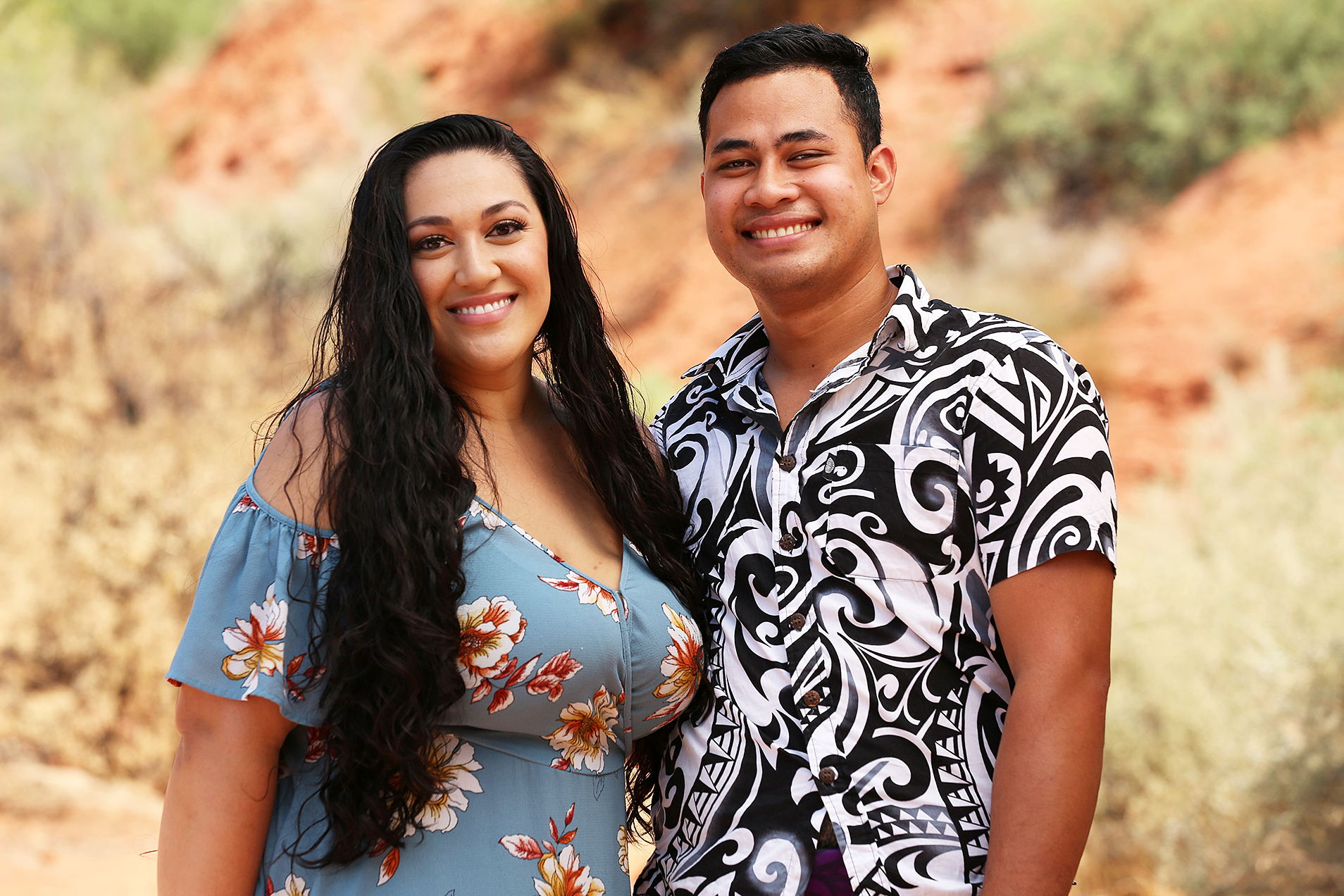 “I think that after this fight in front of her sister, Kalani is thinking we shouldn’t get married and she will send me back to Samoa,” Asuelu said. Things really have not looked up yet for this couple, and who knows if Kalani is finally ready to call it quits.

Fernanda‘s introduction to Jon‘s mother didn’t go very smoothly. She went wedding shopping with Jon’s sister, and eventually, Jon’s mother showed up to support Fernanda, who had no one else to go shopping with.

“I decided that if you are going to be a part of our family, I should be here to support you,” his mom said.

Fernanda found a dress and Jon’s mom couldn’t get over how weird the entire situation felt. However, when Fernanda broke down about her mom not being there to help her, Jon’s mom felt for her and tried to console her future daughter-in-law.

“I wish that my mom could have been here with me,” Fernanda said. “My mom is like my best friend.”

Steven and Olga have been constantly fighting since their baby was born. He admitted to Olga this week that he feels underappreciated and that she doesn’t even care about him anymore.

“You’re not even excited that I’m here anymore. Are you really actually happy that I’m here?” Steven said. “You should be appreciating every single thing that I’m doing for you.”

He added that she puts the baby above their relationship, which is hurting them as a couple.

“You forgot our relationship because you put all of the focus on the kid,” Steven said. “I don’t know what’s going to happen in the future with us.”