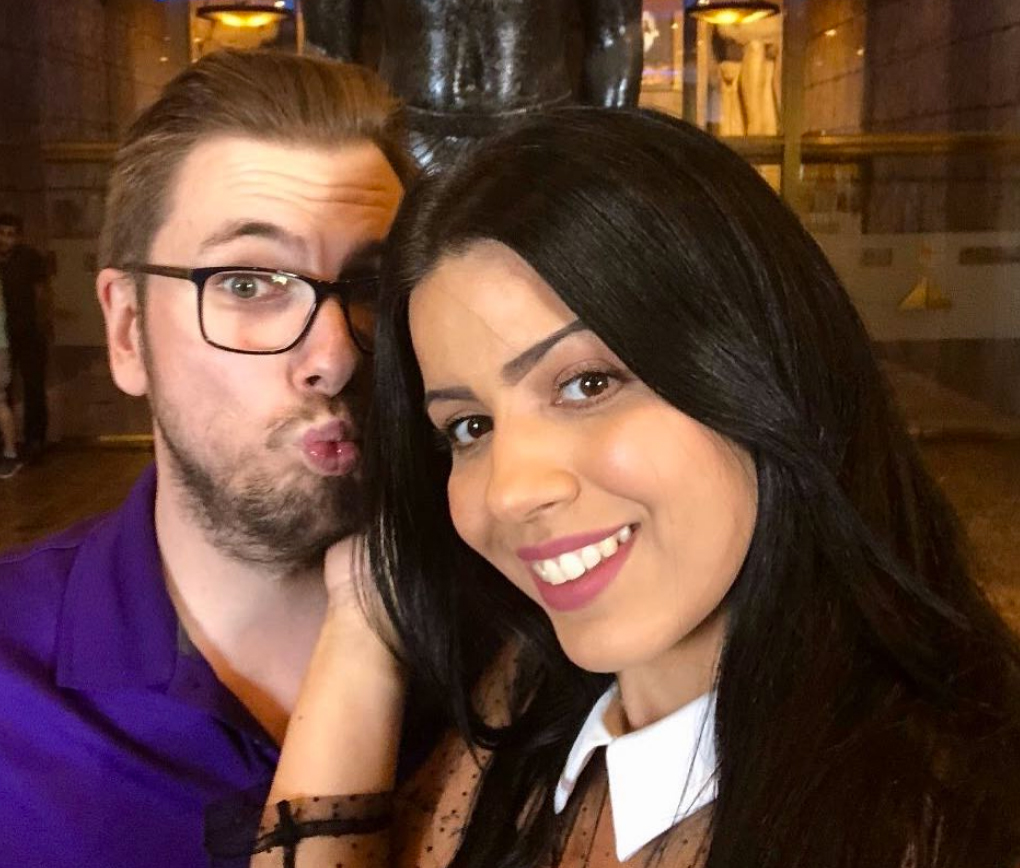 The drama continues for Larissa Dos Santos Lima and husband Colt Johnson. The couple have had their fair share of ups and downs since being introduced on season 6 of 90 Day Fiancé, and they’ve now hit a rough patch. On Thursday, December 13, the Brazilian native, 32, accused her husband of cheating, sharing screenshots of multiple direct messages.

In one, a woman told her that Colt, 33, was “sending dick pics to other women just so you know … He’s cheating on you and that sucks.”

She then posted an alleged screenshot of Colt’s interaction with another woman. 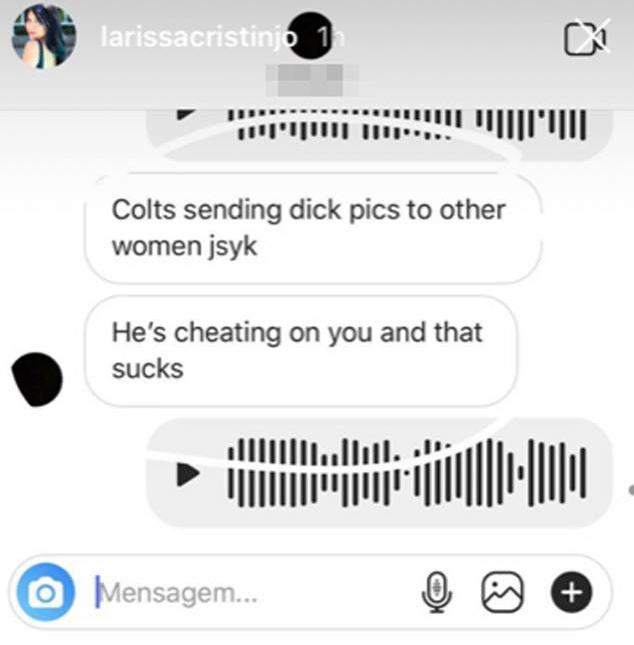 “Colt is cheating [on] me with this girl!” she captioned one photo. “And [he has] plans to use me until he [finishes] Happily Ever After.

In the alleged messages between Colt and the other woman, the reality star told her, “We need to stop talking for a bit … because she’s violent… I just need to deal with her. Can you just not talk to her?” When the other woman responded, “Yeah that’s fine, talk to you whenever,” he apologized. He seemingly wrote, “I’m sorry honey, I just have to deal with her then I’ll be free.” 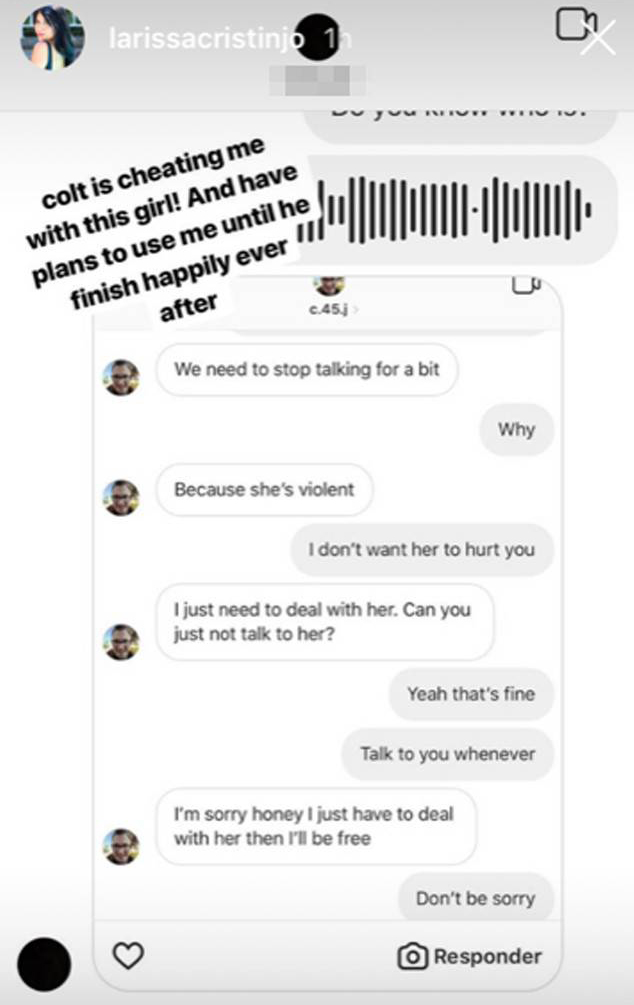 Following the messages, Larissa posted to Instagram a now-deleted photo. “I’m taking a break of internet. Truly hurt me seen my husband flirting online. I’ll be here answering my messages,” she wrote. “My dress cost 150 by goodwill, I’m not a gold digger. I always cleaned his house, took care of him. I’m good, I just want to breathe. I can’t keep posting my personal life online, I just wished that he woke up and these women stop to message him [sic].”

The reality TV duo met via social media; after meeting in Mexico, he proposed five days later. However, his family was very concerned that she was only with him for a green card.

While Colt has not responded to his wife’s claims, he posted a photo on Instagram of a sunrise, with a cryptic caption. “It’s never too late to find happiness,” he wrote. “You never have to give up the hope of something better. Be strong and brave, it’s always darkest before the dawn.”