Actor Tedde Moore known for her schoolmarm-like delivery as Miss Shields in A Christmas Story revealed she was eight months pregnant during filming. 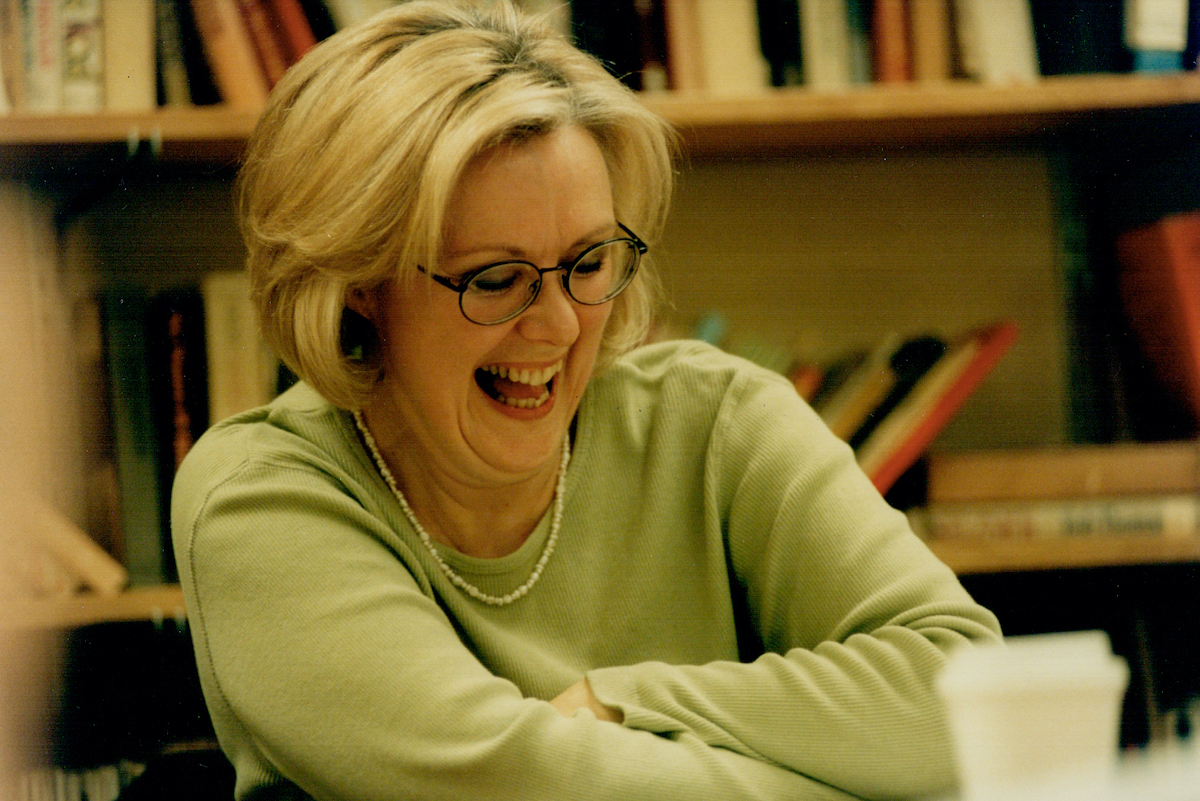 Moore’s frumpy appearance was actually pregnancy as she shared that she put on about 35 pounds of baby weight. Clad in a Depression-era dress, costume artists cleverly concealed Moore’s burgeoning belly, leaving the audience to believe Miss Sheilds was just a portly Midwestern educator.

How did Miss Shields look portly instead of pregnant?

Moore admitted she was skeptical about taking on the role. Beyond her concern about hiding her pregnancy, she and her husband were preparing to welcome their first child. At eight months pregnant, the couple was in the final stages of preparation, not to mention the fact that Moore could have possibly gone into labor.

She asked Clark how he planned to transform an eight-month pregnant woman into the teacher. “He said, ‘Oh, well, you can sit behind a desk. I don’t care. I want you in this movie,’” she recounted.

But the costume department also had a lot to do with creating the illusion. In order to make Miss Shields appear well-fed and not pregnant, costumers padded Moore’s dress “to make the rest of myself look as fat as my stomach,” she shared. Moore shot a few scenes standing in front of the classroom, which included the dream sequence of “You’ll shoot your eye out!”

Moore and director Bob Clark had their own visions of the Miss Shields character. The teacher is firm, but caring in the film. But Moore wanted to portray her as “an absolute battle-ax.” She wanted to conjure her own third-grade teacher and jokingly seek revenge by playing her as a “mean old thing.”

But Clark wanted to go in an entirely different direction. “He said, ‘No, I want her to be sweet and warm and wonderful, just like you are.’ … I said, ‘Dang,’” she said while laughing.

Clark also stuck to his (BB) guns when it came to other characters too. Apparently, Scut Farkus was never supposed to be the bully in the film, but instead the “toadie.”

“The excerpt from the script below shows that Grover Dill was supposed to be the bully and Scut Farkus, the toadie,” according to A Christmas Story House and Museum. “This would have been more true to Jean Shepherd’s book ‘In God We Trust All Others Pay Cash’ on which A Christmas Story is based.”

“However, on set when A Christmas Story director, Bob Clark was presented with his Grover Dill (Yano Anaya) and Scut Farkus (Zack Ward) characters he took one look at them and made a switch,” the story continued. “Clark said: “Okay, you get his lines and he gets yours.”  And just that quickly the toadie was promoted to bully.”