The effects of the coronavirus pandemic will be felt across all strata of society as it unfolds over the months ahead. But the first wave of it – before the cases had even begun to mount – came crashing into one sector early and with brutal force: the creative arts community.

For many actors, musicians, comedians, writers, dancers and more, the creative life is necessarily precarious, with paying gigs hotly sought, and incomes supplemented with a secondary job to pay the bills – a job often in hospitality or retail, areas also at the frontline of the pandemic's effects.

In times of crisis, artists are typically among the first to offer their services in the name of charity or as an expression of community empathy. If not raising funds, they're raising spirits.

Now, with many arts events, tours and festivals cancelled, they're doing it harder than most. Here are a few of their stories.

Clare Bartholomew was on tour in the US with Daniel Tobias, the other half of cabaret-comedy rock duo Die Roten Punkte, when coronavirus, which had been a minor background noise when she left Australia in late February, became an impossible-to-ignore roar.

"We were in Denver and we started seeing images of people back home brawling over toilet paper, and we thought, if that's happening in Australia what will it be like in America in a couple of weeks?" Fast-forward to Americans queuing outside gun shops. 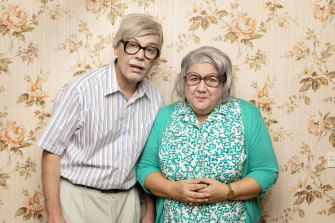 Bartholomew and Tobias cut their US tour short by a couple of weeks on March 10. When they arrived home, they went into 14-day self-isolation, 36 hours before it became compulsory to do so.

They figured they'd be clear in time to start their run at the Melbourne International Comedy Festival, but barely had they touched down when the festival was cancelled.

Bartholomew estimates they spent about $15,000 preparing their new show, The Anniversary, money they had hoped to make back during their four-week run at the Malthouse Theatre.

Because of the isolation, she hasn't been able to work in her other job, as a clown doctor, either. She's had to borrow money to pay this month's rent, and can't see next month being any easier. But her thoughts aren't so much for her welfare as that of others.

"I'm fine, I've got food, I've plenty to do," she says. "I'm more worried about the health workers and the hospitals having an impossible burden.

"We should not underestimate what's ahead of us," she adds. "This is a time to be kind and to look after your neighbours, not for panic buying toilet paper and being selfish."

"I went to the bank today to see if I could get a freeze on our mortgage," says actor and singer Lucy Durack, who played Princess Fiona in the now-cancelled stage show Shrek: The Musical. "They couldn't give me a definitive answer because everything is changing so rapidly."

Durack received a payout equivalent to three weeks' salary but had budgeted on Shrek running until mid-June. 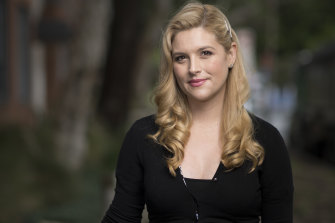 "We've got some savings that we'll try to stretch out as much as possible," she says. "But there are so many people in the industry who have completely lost their livelihoods: the ushers, the front-of-house and back-of-house staff, people in the orchestra pit.

"A lot of performers also work as ushers or in hospitality and not only have they lost their performing roles, they've lost their plan B jobs, too."

Durack and her husband, choreographer and dance instructor Christopher Horsey, have a four-year-old daughter, Polly, and a five-month-old son, Theodore. For now, Horsey will continue teaching – with some lessons likely to be filmed for the benefit of self-isolating students – and they each have television projects they'll continue working on.

Of course, nothing is guaranteed.

"I've just finished four hours of teaching at a dance school and the mood was very different to what I'm used to," Horsey says."I felt it was my duty to try to keep everyone buoyant, to tap our troubles away to a certain extent, but even I was struggling."

The couple is backing calls for the federal government to provide support to Australia's arts industry.

"Whenever there's a disaster like the bushfires, we're always the first to rally together to put on concerts and raise funds," Durack says. "When we were doing Shrek in Sydney, we had people whose houses had burned down coming to the stage door after the show to say, 'Thank you for providing such an uplifting escape'.

"The arts is what helps people process things like this – or at least gives them a break from the constant stresses of 2020 – but a lot of things are going to shut down and possibly not reopen without support from the government."

A week ago, Byron Bay musician Ash Grunwald was midway through a five-week European tour when he had to make a sudden decision to book a flight and get back home to his family. 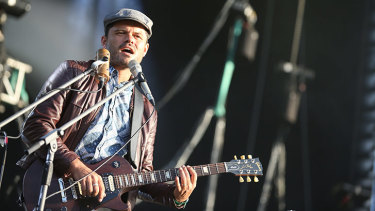 Ash Grunwald was going to record a live album at Bluesfest, which has been cancelled along with all his upcoming shows for the rest of the year. Credit:

French and Spanish festival slots, along with his own sideshows, were rapidly being cancelled and Grunwald managed to get a flight out of Spain just hours after the government there declared a state of emergency.

"I got back to my family in Australia and I felt so lucky," he says. "Then pretty much every day since, things have gotten dramatically worse. Bluesfest was cancelled and I was planning on recording a live album there, so that was a little bit unfortunate. And things have just kept falling away. It's just armageddon out there in live music world."

For now, Grunwald is hoping people might visit his website, where they can book online vocal and guitar lessons, along with some general life mentoring. He wrote a book, Surf by Day, Jam by Night, which was released last year; it was largely about positive thinking, working through tough periods and doing the best you can in difficult times – advice he will now have to apply to his own life.

"I'd never contemplated that I might not be doing a gig for six months," he says. "For now, it's just about doing what I can."