McDonald’s addict who ate fast food for every meal and spent £10K on burgers and McMuffins loses five stone after finally ditching her 7,000- calorie-a-day diet

A woman has managed to overcome a love for McDonald’s food to drop five stone and become a personal trainer.

Jessica Hamilton, 28, from Hull, Yorkshire, has traded her colossal McDonald’s orders for weights and cardio in order to shift the pounds once and for all.

Relying on McDonald’s for breakfast, lunch and dinner, Jessica was eating up to four double cheeseburgers with chips, the wrap of the day and five fizzy drinks daily.

But even this ginormous order couldn’t satisfy her hunger pangs, as she’d also devour over six packets of crisps in a single sitting.

Jessica Hamilton, 28, from Hull pictured after ditching her love for McDonald’s and dropping five stone 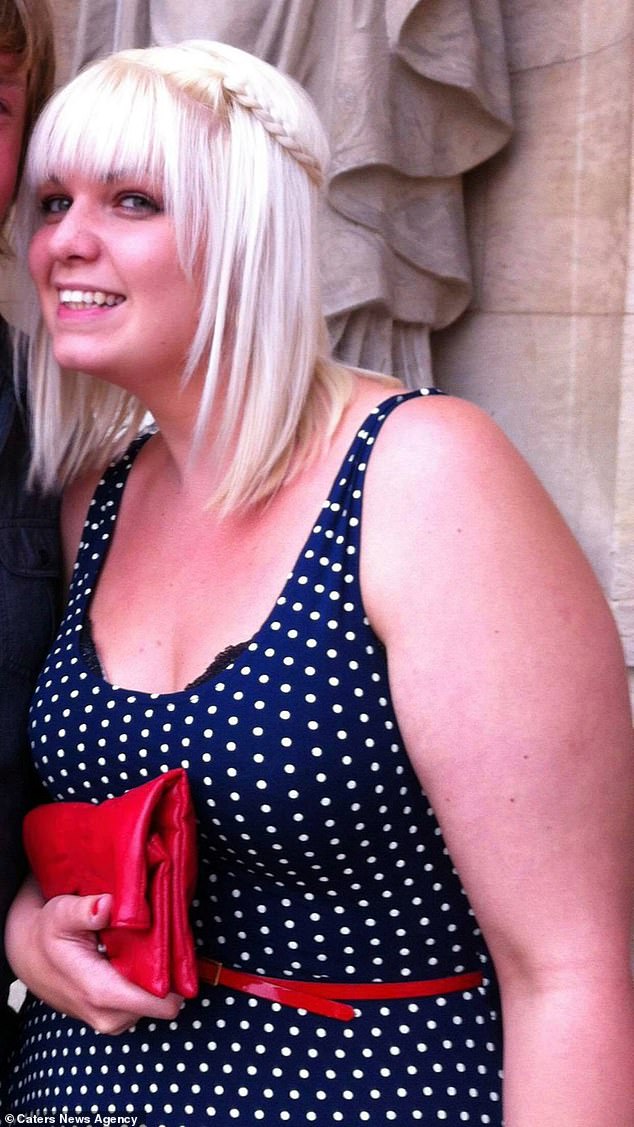 Jessica, from Hull, before she lost the weight used to eat McDonald’s for breakfast, lunch and dinner, consuming up to 7,000 calories per day. She saw her weight soar to 16 stone

Jess said: ‘I would eat McDonald’s daily, I’d start with breakfast which would be a sausage, egg and cheese bagel, with three hash browns.

‘I would visit the fast food giant up to three times per day and I didn’t care about how many calories I was consuming.

‘In one sitting I’d order five cheese burgers, a wrap of the day, five fries and all the fizzy drinks I could carry.

‘My weight had spiralled out of control but as I worked so close to McDonald’s it was really convenient.

‘I was eating around 5,000 calories from McDonald’s but on top of this I was constantly snacking on biscuits and crisps too.’ 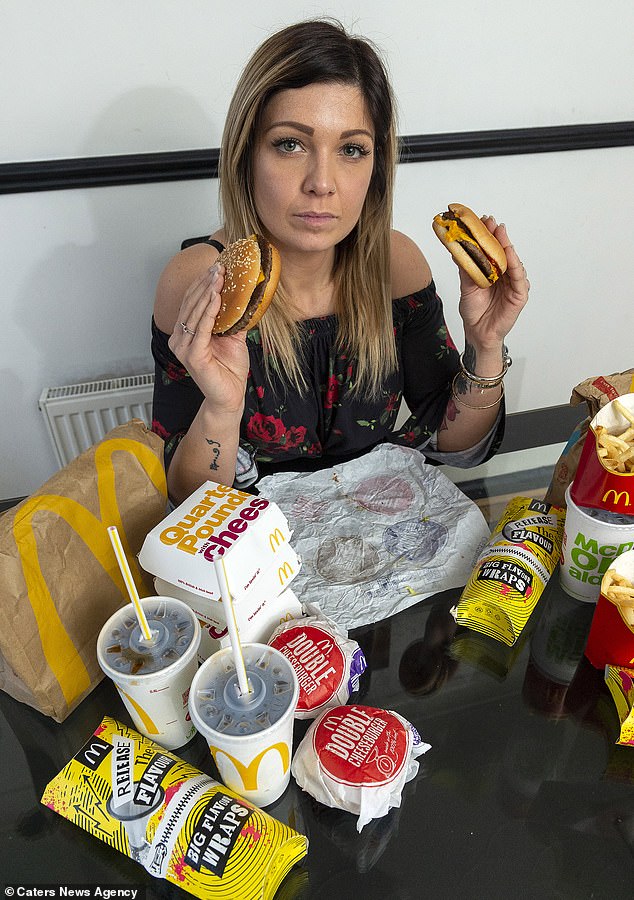 A McDonald’s addict: Jessica was eating up to four double cheesburgers and chips, the wrap of the day, as well as five fizzy drinks 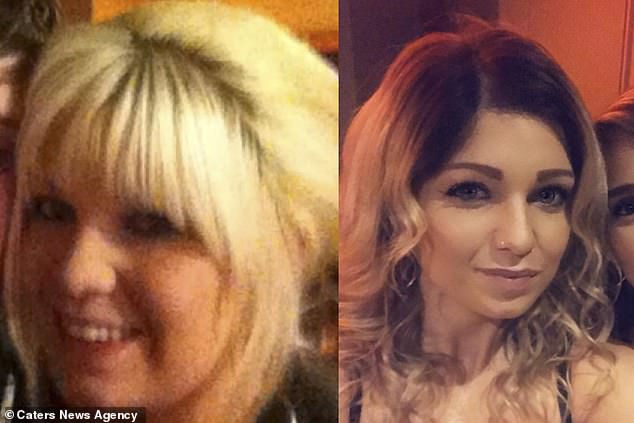 Jessica before and after her dramatic weight loss. She has now traded in her fast food diet for weights and cardio in order to shift the pounds 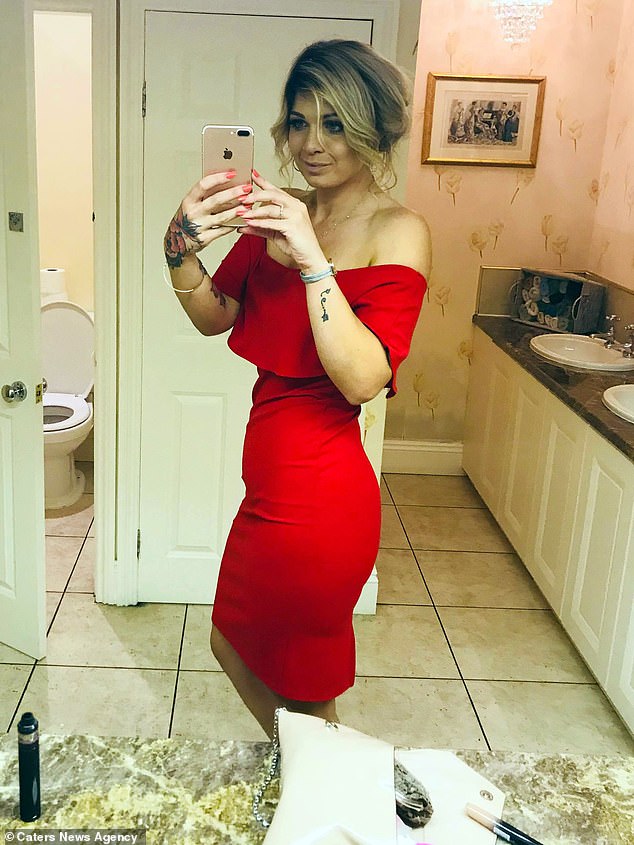 After her five stone weight loss. Jessica is now a trim size 10 and weighs 11 stone. 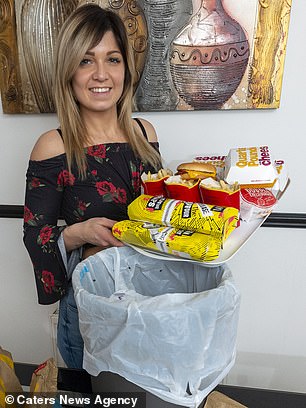 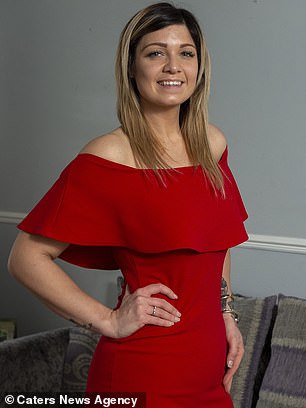 In the bin: After shedding five stone, Jessica has ditched her fast food diet for grilled chicken and tuna pasta salads

With just one burger weighing in at almost 1,000 calories, Jessica was going well over the 2,000 calorie recommended daily intake for women and spent a jaw-dropping approximate of £10,000 on fast food giant.

Once weighing more than 16 stone and wearing a dress size 22, Jessica is now a trim size 10 and weighs 11 stone and is even helping others by training to become a gym instructor.

She said: ‘My joints were aching and I struggled to get upstairs.

‘But when you get into that state, you start hiding it as you don’t want people to know how much you’re actually eating. ‘ 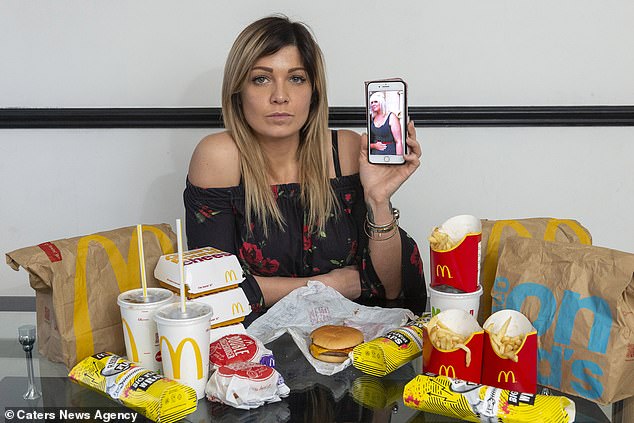 Jessica looks at a picture before she dropped five stone. She spent an approximate of £10,000 on the fast food giant 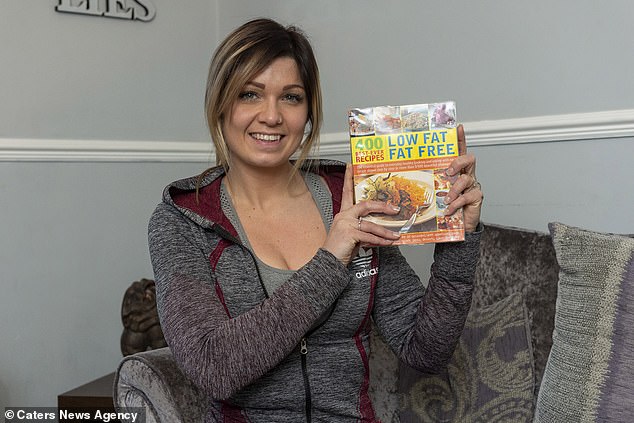 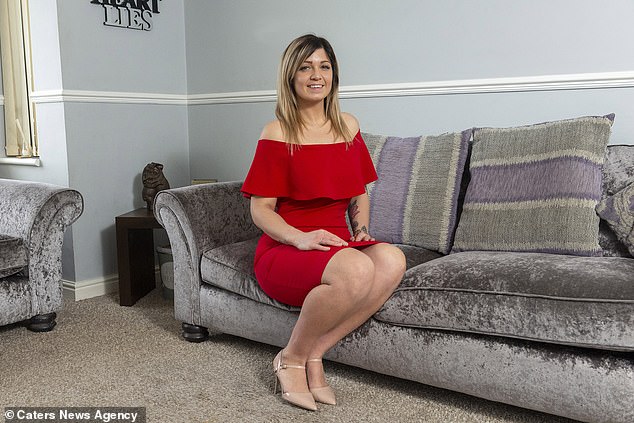 After her five stone weight loss. Jessica now goes to the gym five times a week.

Jessica, a retail worker, soon realised she was struggling to keep up with her kids, Courtney, eight and Jack, six, before deciding it was time to make a change.

She added: ‘I had become so lazy and relied on cheap food to fulfill my appetite but when I noticed how it was affecting my kids, I knew I had to change my ways.

‘I remember trying to run alongside my son on his bike but I just couldn’t do it and that’s when I decided to ditch the unhealthy diet.

After joining a local gym in August 2017, she began working out five times a week. 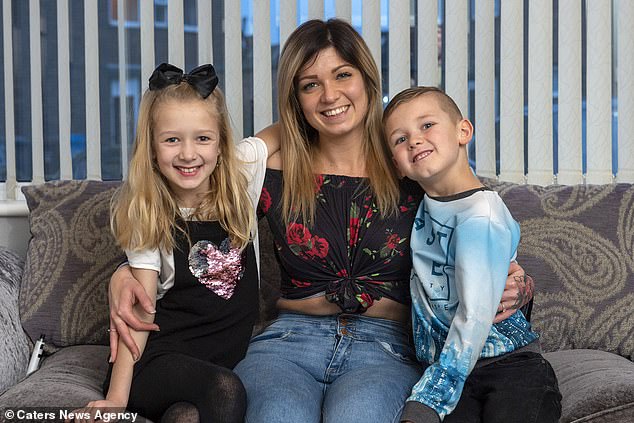 Jessica with her children Courtney, eight, and Jack, six, after dropping five stone. She realised she needed to make a change when she struggled to keep up with her kids 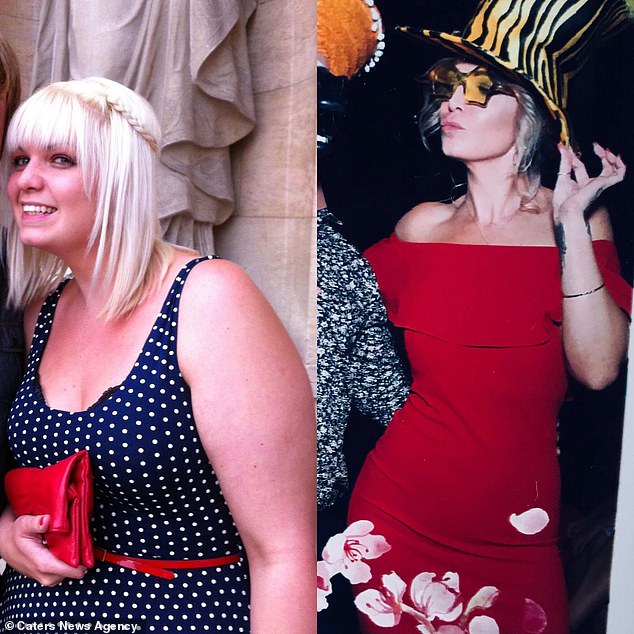 Before and after her weight loss. As well as relying on McDonalds, Jess use to devour over six packets of crisps in a single setting 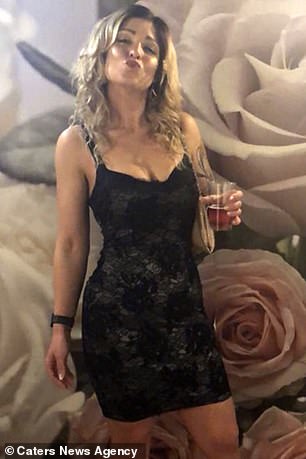 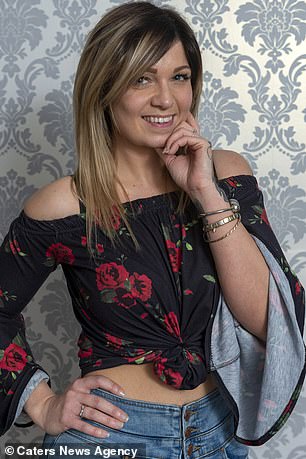 A much slimmer Jessica at home after dropping five stone. Jessica replaced her carb-filled takeaways with tuna pasta salads and grilled chicken

She added, ‘I quickly realised 80 per cent of my problem was food.

‘I needed to change my eating pattern and fast.

She said: ‘I stay away from bread 90 per cent of the time.

‘All the food in the house is now fresh, and I’m going to the gym five times a week.’ 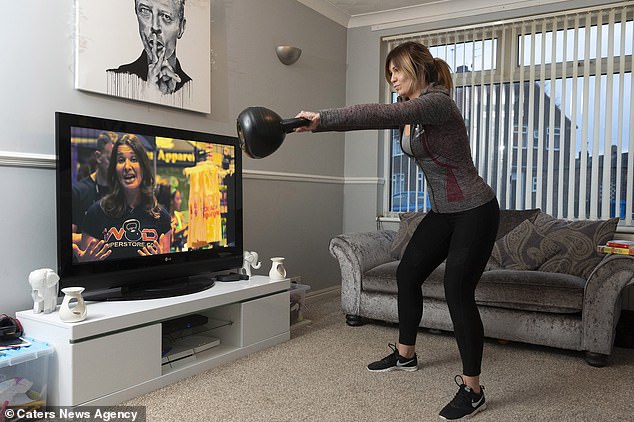 Jessica working out at home. She has started a personal trainer course and hopes to inspire others 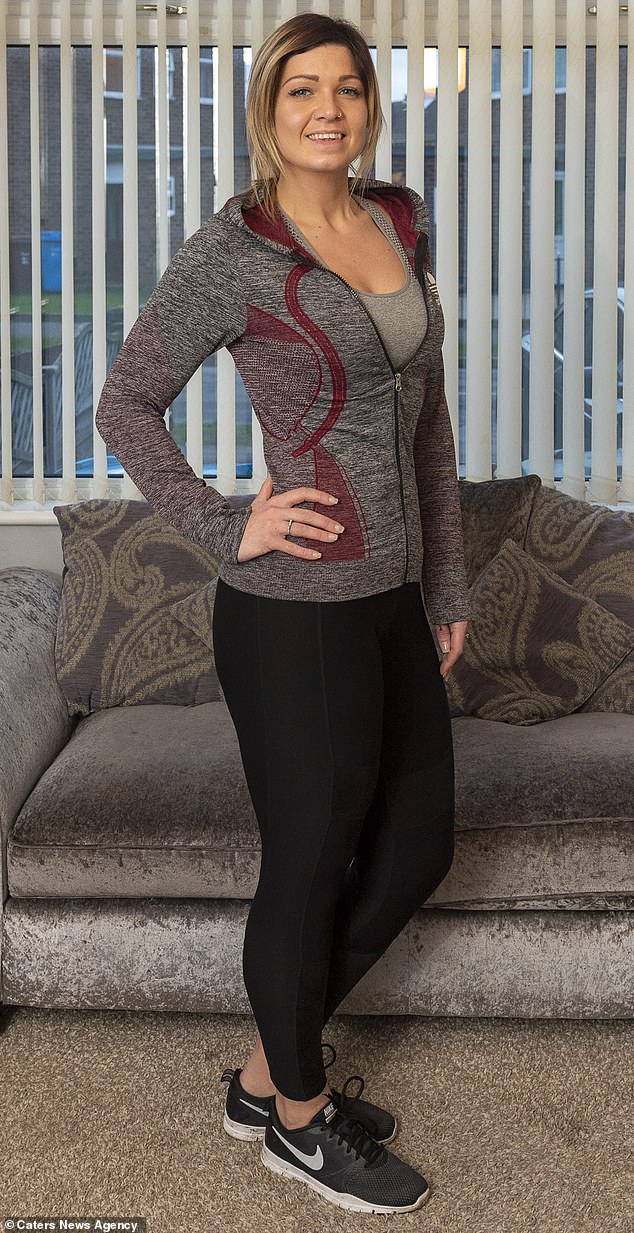 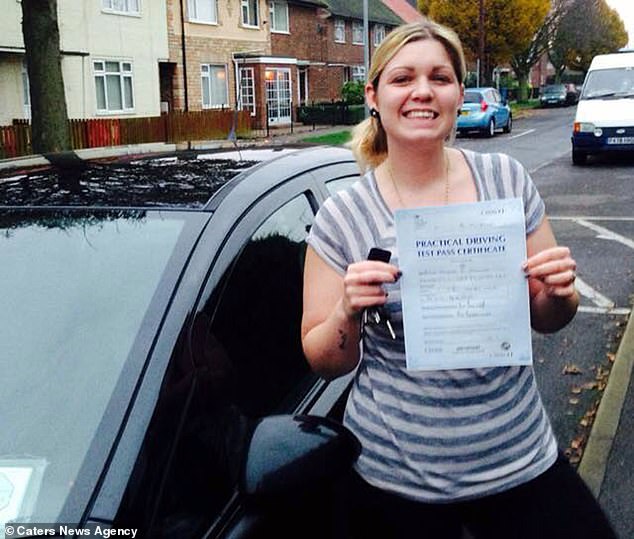 Jessica during her weight loss. The retail worker dropped five stone after ditching her McDonalds diet 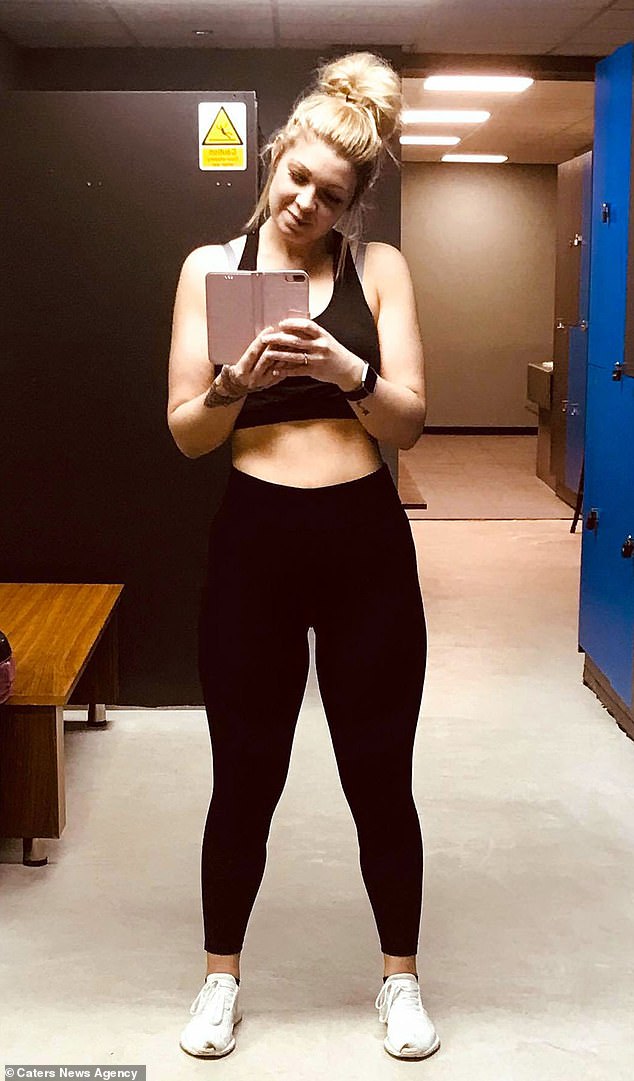 Jessica, who now goes to the gym five times a week, has started a personal trainer course and says it’s a ‘dream come true’

Jessica began her personal trainer course earlier this month, and hopes she can now inspire others with how she turned her life around.

She said: ‘I was initially intimidated by weightlifting, and stuck to the cross and step trainers.

‘But I soon saw my clothes didn’t fit as I was slimmer and that I was growing stronger all the time.

‘And now, my own trainer who helped me along the way is going to employ me.

Lunch: Large sandwiches with crisps and sweets or McDonald’s wrap of the day

Drinks: Up to five McDonald’s fizzy drinks daily, and wine

Breakfast: Couple of eggs and a protein bar

Dinner: Different types of salad with a different protein, such as fish or chicken