For Alex Dowd, one of the owners of Oxford Street's tropical tiki club The Cliff Dive, this weekend might be a bigger celebration than most.

"We opened three months before the lockouts came in. It was pretty catastrophic, honestly," he recalls of the restrictions that came into effect in February 2014. 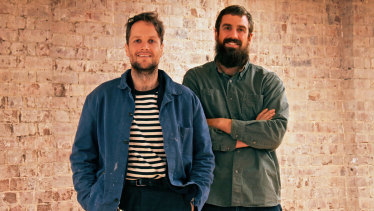 "We used to trade five nights a week, we had 30 staff. Our revenue from the lockouts went down about 40 per cent, we made lots of redundancies, there was lots of stress, and what it really robbed a lot of people of was the ability to take risks, to pursue programming or gigs that were a bit left of centre. It created this real depression mentality where people went, 'Ok look, we just need to batten down the hatches and wait for things to change'."

This weekend the club will host an 'Official End of Lockouts Party' featuring Sydney DJs Levins and Shantan Wantan Ichiban amongst others, a hopeful farewell to almost six years of bureaucratic chokeholds.

"I think it's definitely something to celebrate, and I hope that people are keen to get behind it," says Dowd of the festivities circling the city this weekend. "We think it's going to mark a bit of a change.

"Sydney's had a hard reset. There's been a bit of a cultural change and some infrastructure changes. Even something like Uber, to get people out of areas quickly, has changed the landscape of the city. I think we're primed for a bit of a renewal." 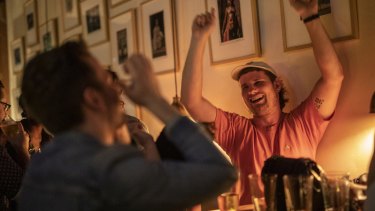 Patrons at Bitter Phew in Darlinghurst enjoy the atmosphere on the first night of no lockout laws in Sydney on Wednesday. Credit:Cole Bennetts

"People are creatures of habit. I reckon it's gonna be a matter of years, not months, to re-educate people and get them coming back out at night like they used to do. Just think, if you're 18 to 23, you've never experienced anything other than the lockouts. It's nuts, man."

For Condon and his partners, who themselves only took over at Harry's once the lockouts were already in effect, the laws' lifting offers new possibilities: the potential to plan food deals and entertainment all the way to 3am, mixed drinks after midnights, the simple luxury of open doors.

"It's almost a new lease on life, really. That's why we're celebrating," he says. "We want to highlight how good the lifting of the lockouts is. It's a massive thing for Sydney. It's finally like the pin in the U-turn."

Dowd, who fondly recalls his own "Spectrum-Vegas-Gaslight" movements of his younger days – a late-night triptych a generation of indie-inclined Sydneysiders might remember – says the lifting of the lockouts is exciting for youthful partiers.

"There's definitely a lack of choice for young people now because a lot of venues closed, but Oxford Street can never be [anything] but an entertainment precinct; it's been the epicentre of late-night entertainment from the '70s. I think it's an exciting time to be somebody emerging into that scene now. The Cross has changed a lot but I think we're going to see a big renewal. We take that responsibility seriously and we want to be part of that safe-and-fun fabric of places to go.

"If you think about Sydney around the time of the Olympics in 2000, there was that real energy people had to say, 'Hey, this is our city and we're proud of it,'" he adds. "Now we've finally had a bit of a win and we've got a bit more freedom, so hopefully everybody's pumped."