When Adele announced on Instagram last Thursday that she was postponing her hotly anticipated Las Vegas residency only 24 hours before the first show, the 33-year-old wept as she told fans “my show ain’t ready.”

But the drama behind the scenes was apparently even more intense.

Sources told Page Six that the singer was “shouting and sobbing” on the phone to Rich Paul, her sports agent boyfriend of six months, during rehearsals.

“Adele’s been crying and couldn’t get through a single full rehearsal for the past month,” said a source linked to the management team at Caesars Palace, where the shows were to take place. “Just constantly on the phone with Rich … loudly shouting and sobbing.

“She has barely rehearsed because she is constantly in the middle of an emotional shootout.”

Scott Roeben, the Las Vegas-based journalist for Casino.org who broke the news of the star’s residency, told Page Six that Vegas insiders are now worried that Adele will cancel the concerts for good.

“There are rumblings that there are stresses related to Adele’s relationship. I’m told that these stresses caused her to be in a place where she was just not confident moving forward,” he said. “You can’t focus if you’re not where you need to be in your head.” 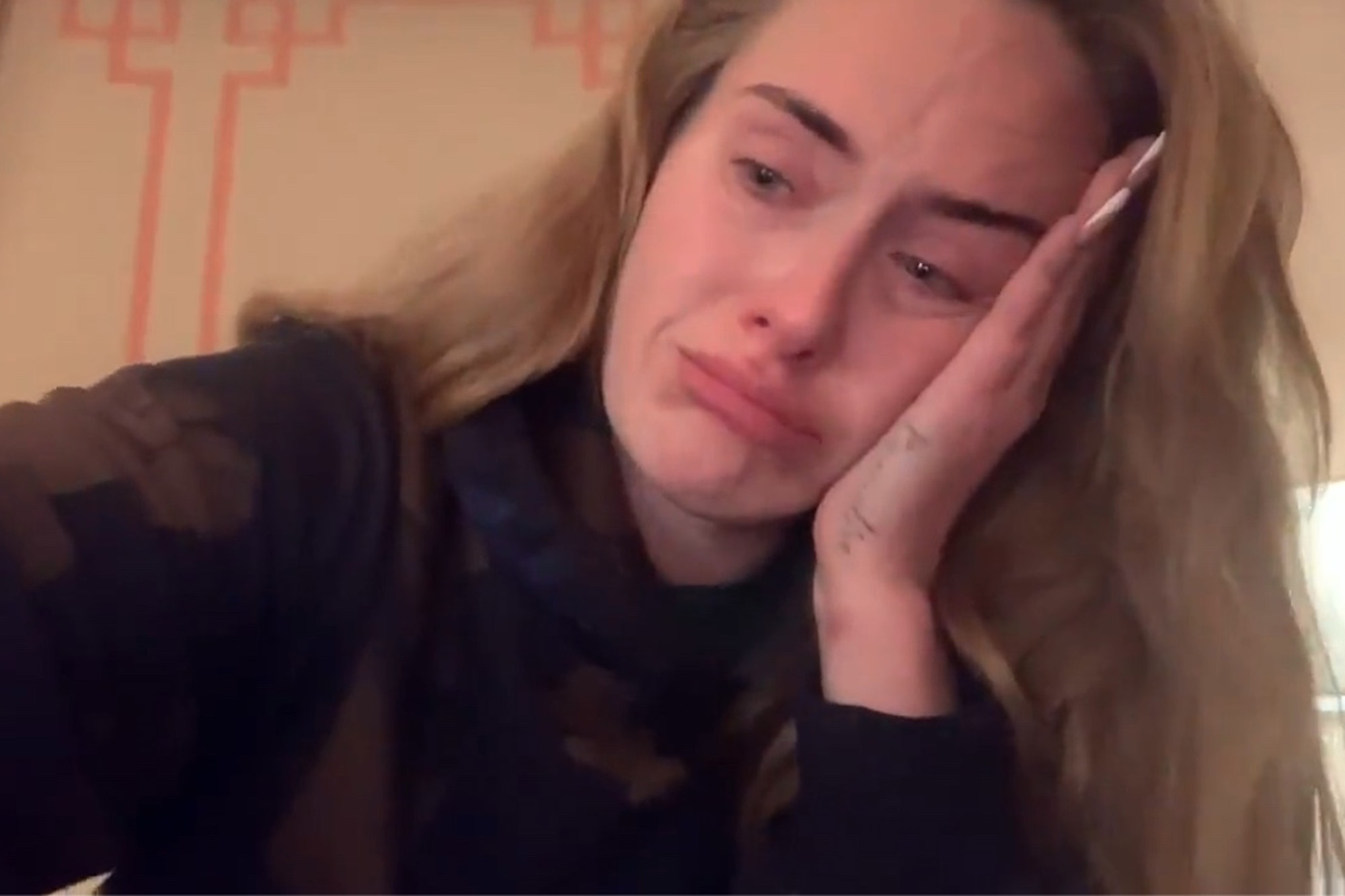 She reportedly took a private jet to Los Angeles and went straight to Paul’s home after making her announcement.

The singer praised her relationship with Paul in her November Oprah interview, saying, “Just the easiness of it … it’s just been very smooth.” 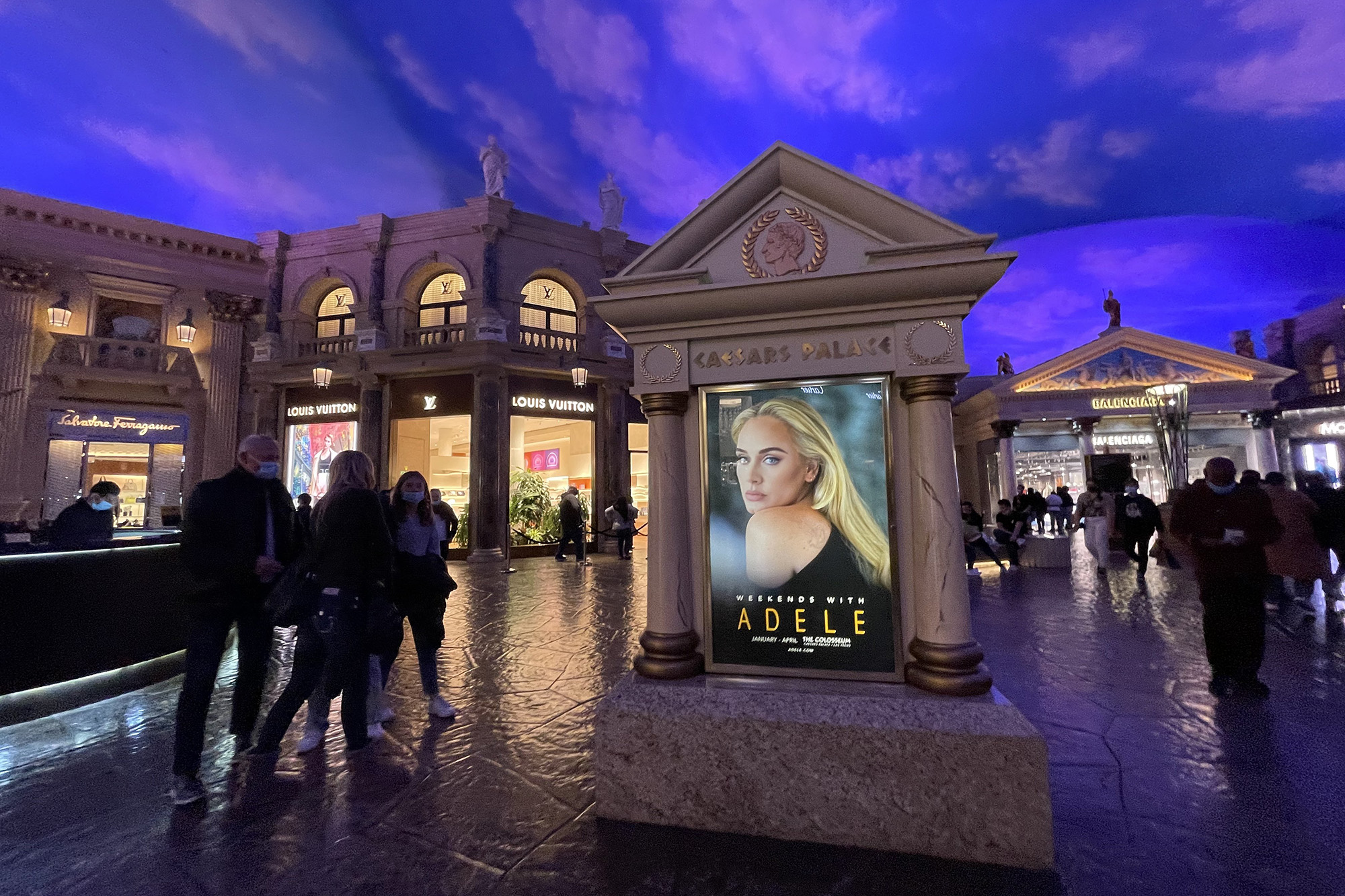 She also shared that it was the first time she’s “loved myself and been open to loving and being loved by someone else.”

The couple met through mutual friends and made their public debut last July when Adele accompanied Paul, 40, to see game five of the NBA Finals at Footprint Center in Phoenix, Arizona.

“Rich works with guys like LeBron James, who pride themselves on being honest and respectful,” a Hollywood source told Page Six. “He’s a good guy, but I honestly don’t know if he’s the settling down type.”

Paul is Adele’s first relationship since her divorce from Simon Konecki. The ex-couple share son Angelo, 9, and finalized their divorce last March, but remain friends and continue to live across the street from each other in Beverly Hills. 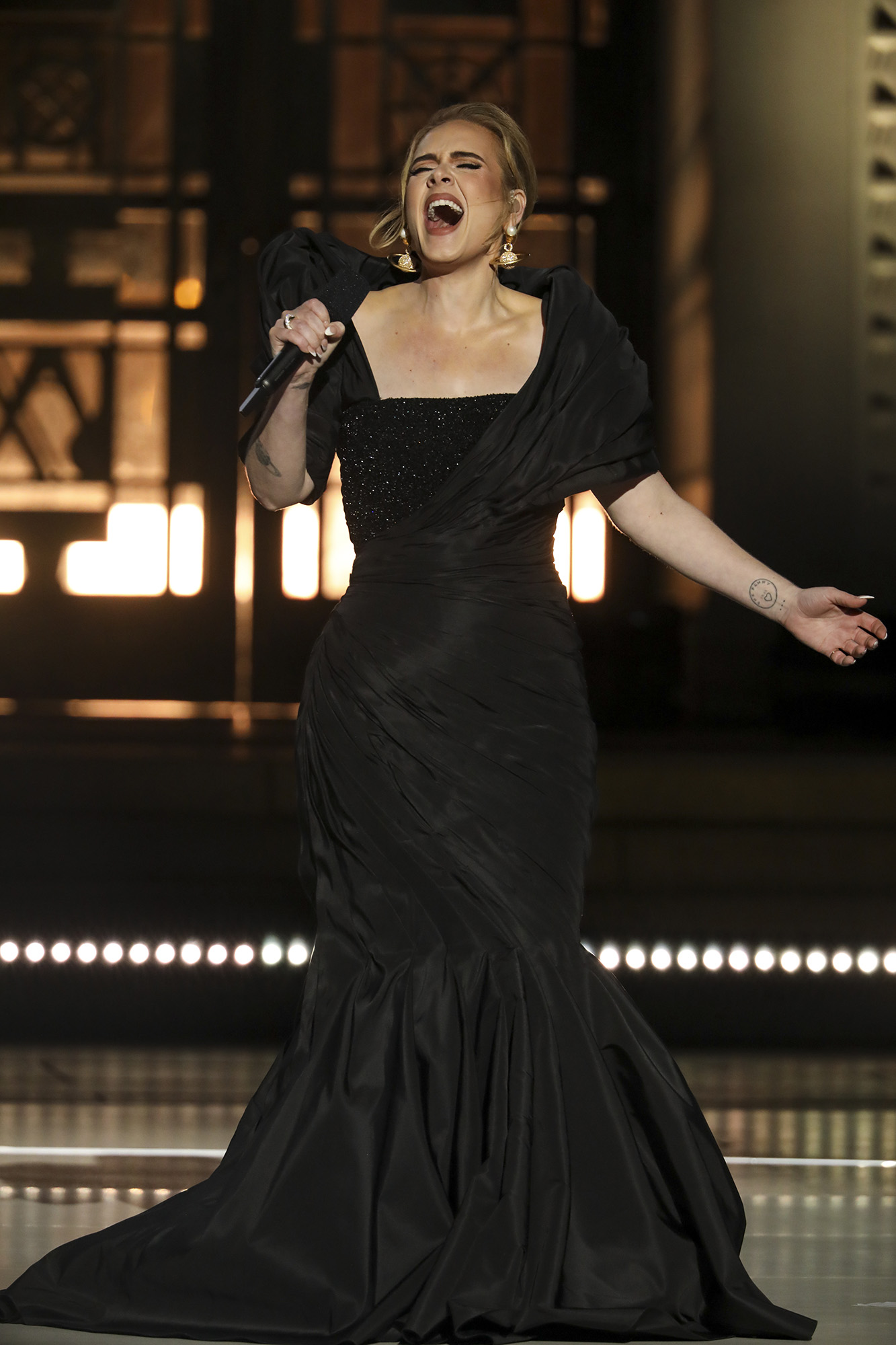 The split fueled her songwriting for the chart-topping album “30” — including first single “Easy On Me,” which has been at No. 1 on the Billboard charts for the past 10 weeks.

Tickets quickly sold out for her three-month Las Vegas residency, “Weekends with Adele,” at the Colosseum in the Caesars casino.

The singer blamed the postponement on a variety of factors: “We’ve been absolutely destroyed by delivery delays and COVID. Half my crew … are down with COVID — they still are — and it’s been impossible to finish the show.”

The decision left thousands of fans — who spent as much as $9,000 on tickets — devastated, with some only hearing the news after boarding flights bound for Vegas. 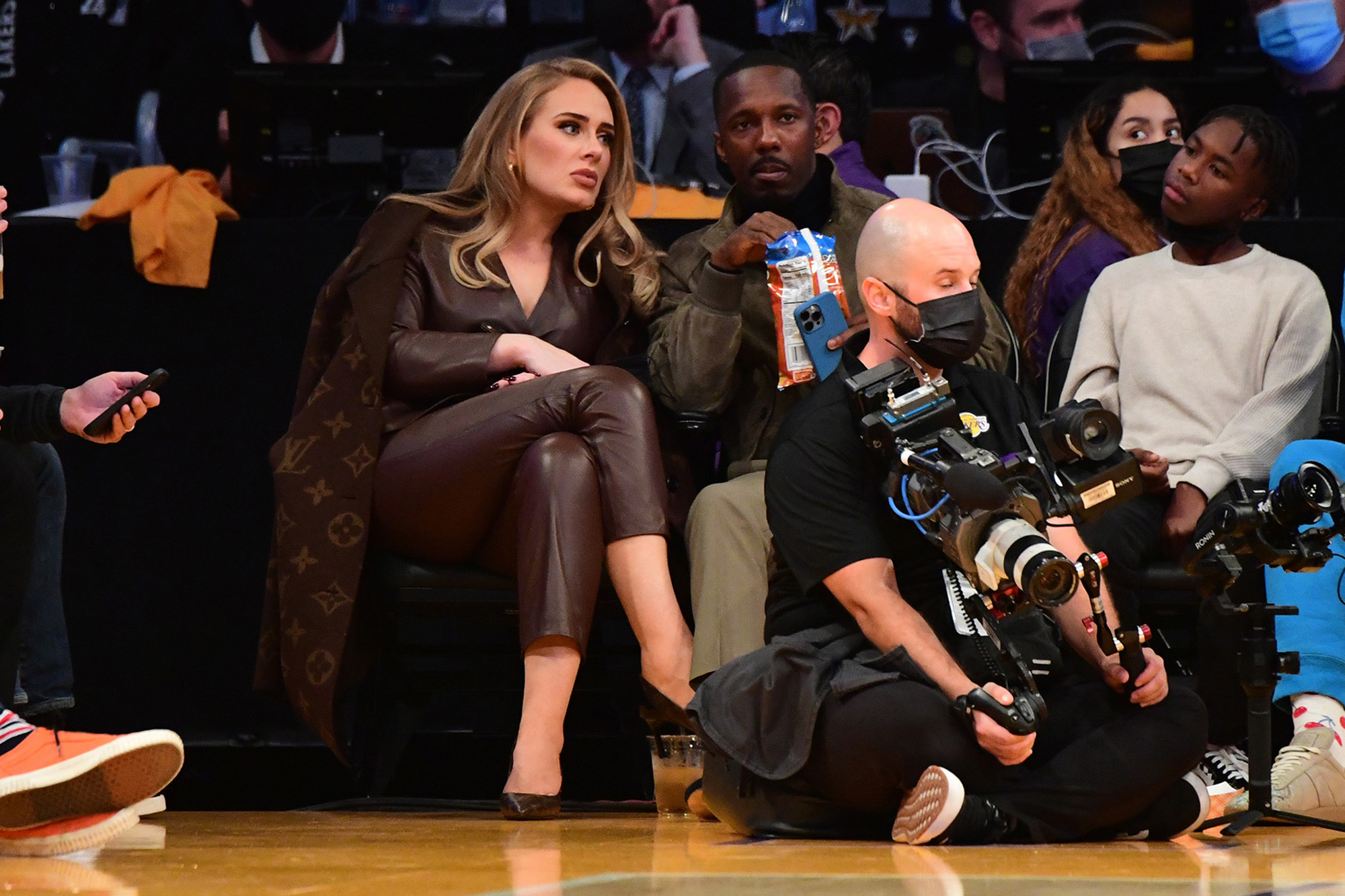 Roeben told Page Six that, although COVID has impacted Vegas shows including Cirque du Soleil, he had heard this was not the only reason for Adele’s cancellation.

He reiterated his previous reports that Adele and her team wanted to tear out the sound system in the theater and install her own brand-new, high-tech video screen. She also allegedly clashed with Caesars management over its plans for a 60-strong choir to accompany her on “Skyfall.”

“It’s a major implosion for [Caesars] financially, and the PR is terrible,” Roeben said. “They hired more staff at their restaurants, put more dealers on their casino tables. You’ve got people with disposable income coming to Vegas, and this huge machine is reliant on you showing up.”

Representatives for Caesars did not reply to requests for comment.

“But when you say you’re not going to use the existing audio system, you just throw things into turmoil,” Roeben added. “When you want to replace a video screen, you’re waiting for a supply chain, and that’s disruptive — you can’t get a certain video board from China and no magical thing is going to make it happen. I think it’s true that it came down to the wire.” 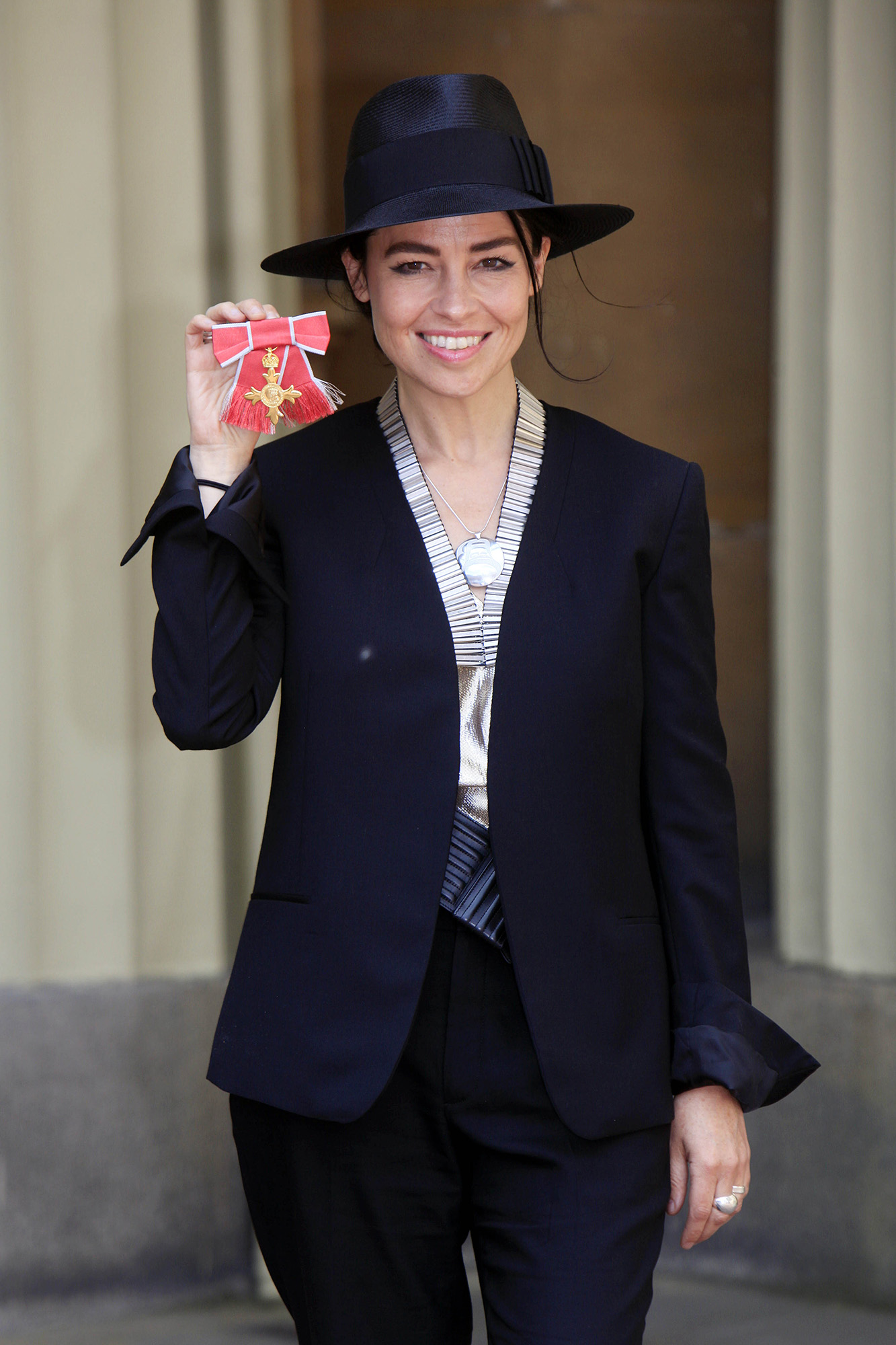 But Roeben said the “huge red flag” — signaling something more was wrong — came when Adele didn’t just cancel a few dates. “You don’t need to cancel the residency. It seems to imply a lot more going on.”

Reports emerged that Adele had also been having “explosive arguments” with set designer Esmeralda Devlin and that the singer was under pressure to come up with a huge extravaganza. According to the Sun, there was tension over an onstage water feature: “Adele described the pool as a ‘baggy old pond’ and refused, point blank, to stand in the middle of it,” a source told the publication. “The intention was to fill it with water on the set as she was lifted up on a crane-type mechanism, creating the illusion she was floating on water.” 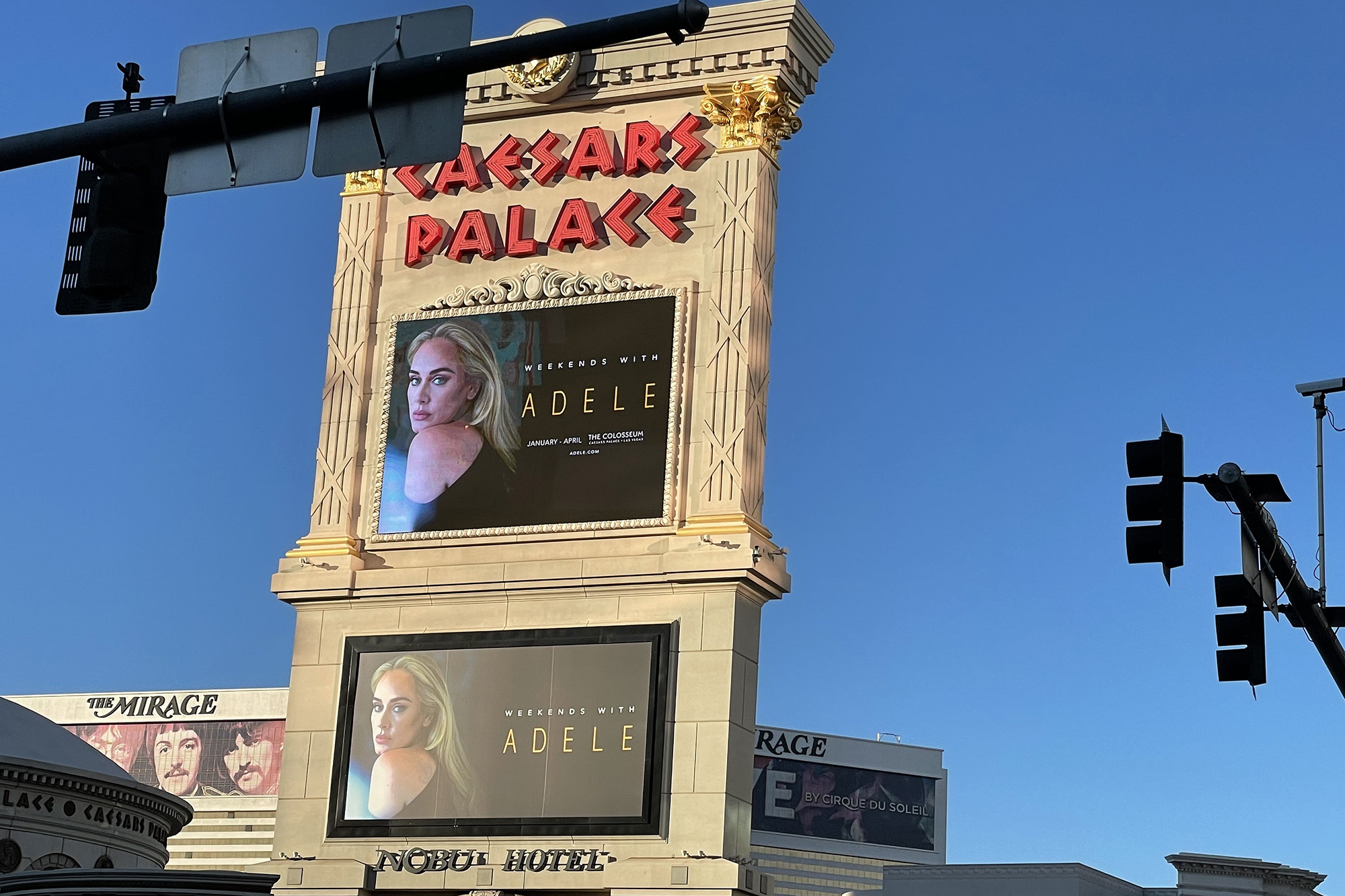 Roeben also pointed out that the pressure of staging a new show in Vegas is intense, especially given Adele’s history of stage fright and the fact that she would be “following in the footsteps of Céline Dion, who had the most successful residency in Vegas history.

“This is the house that Céline built,” he said of the custom theater at Caesars.

Another Vegas insider agreed, citing “the scale and the lunacy” — complete with oversize talking furniture — of Katy Perry’s residency, which ends in March. “It gives you some idea of what people have in their mind for a Vegas residency — there’s dancing and pyrotechnics. This town is built on over-the-top extravagance and sheer ‘wow’ factor.

“Adele would have been scrutinized and judged on a different scale.”