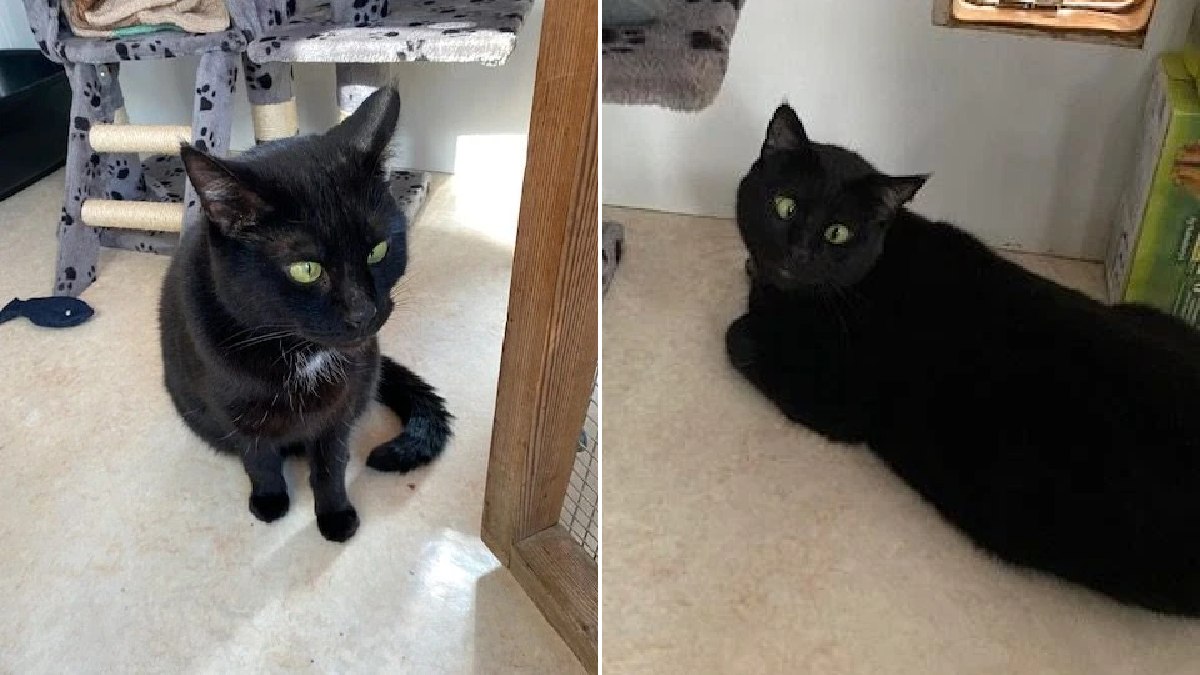 Meet Mary, the adorable cross-eyed cat with a heart of gold who’s looking for a new forever home.

Mary was first found by an organisation that had no space for her, so they passed her on to Romney House Cat Rescue in Downe, Kent, where the shelter’s owner Silvana Valentino-Locke has been caring for her.

Silvana says that, as far as she knows, Mary’s elderly owner gave her up.

The cat was found wandering the streets as a stray, having relied on the kindness of people in the area for months.

Mary’s been given a clean bill of health from the vets, with her eye situation being something she will have lived with from birth.

Silvana says it’s clear Mary has known a loving home before, because the little girl loves affection, and will try to climb up the legs to the shoulders of the people who come in to clean her pen.

‘It’s very, very sad,’ Silvana, who’s been running her sanctuary for 25 years, tells Metro.co.uk, ‘when we have to come out and go into another house and she’s crying for you for ages afterwards.

‘She calls and sort of taps at the pen door.

‘She’s got quite a lot space and her own radio in there and everything, just to keep her company, but she’s longing to be with somebody and stroked and cuddled, so it’s heartbreaking.

‘When we have cats like that that just want people, as you leave them, they look at you as if to say “Where are you going?”‘

She adds: ‘It’s really sad. We want to get her a home quickly.’

The vet told Silvana that Mary probably has some distorted vision, but it’s all the cat’s even known, and she’s perfectly used to it.

Other than her eyes, Mary is in great shape, with vets putting her age at around three or four years old.

She’s after a nice quiet home with a garden, and, because she tends to get lonely, she’ll want owners who will be around fairly often during the day to give her the attention she craves.

Silvana, who lives in a house at the front of the property where the rescue centre is located, says Mary would be fine in a house with older children, but due to her impeded eyesight, she might do better in a home with no toddlers.

‘She just adores being fussed and loved,’ she says.

Because so many have such sweet temperaments, Silvana estimates that 60% of the strays she cares for now previously had a home but got lost because they weren’t microchipped, or their microchips weren’t registered properly.

Silvana, who rescued her first cat when she was 11, says: ‘People try to put notices and posters up but half the time nobody comes forward, and we can’t give them back.

‘Maybe some people have gone into care or something, causing the cat to be homeless.’

If you’re interested in adopting Mary, you can ring 07958 273118 or email [email protected] to reach Silvana at the rescue centre.