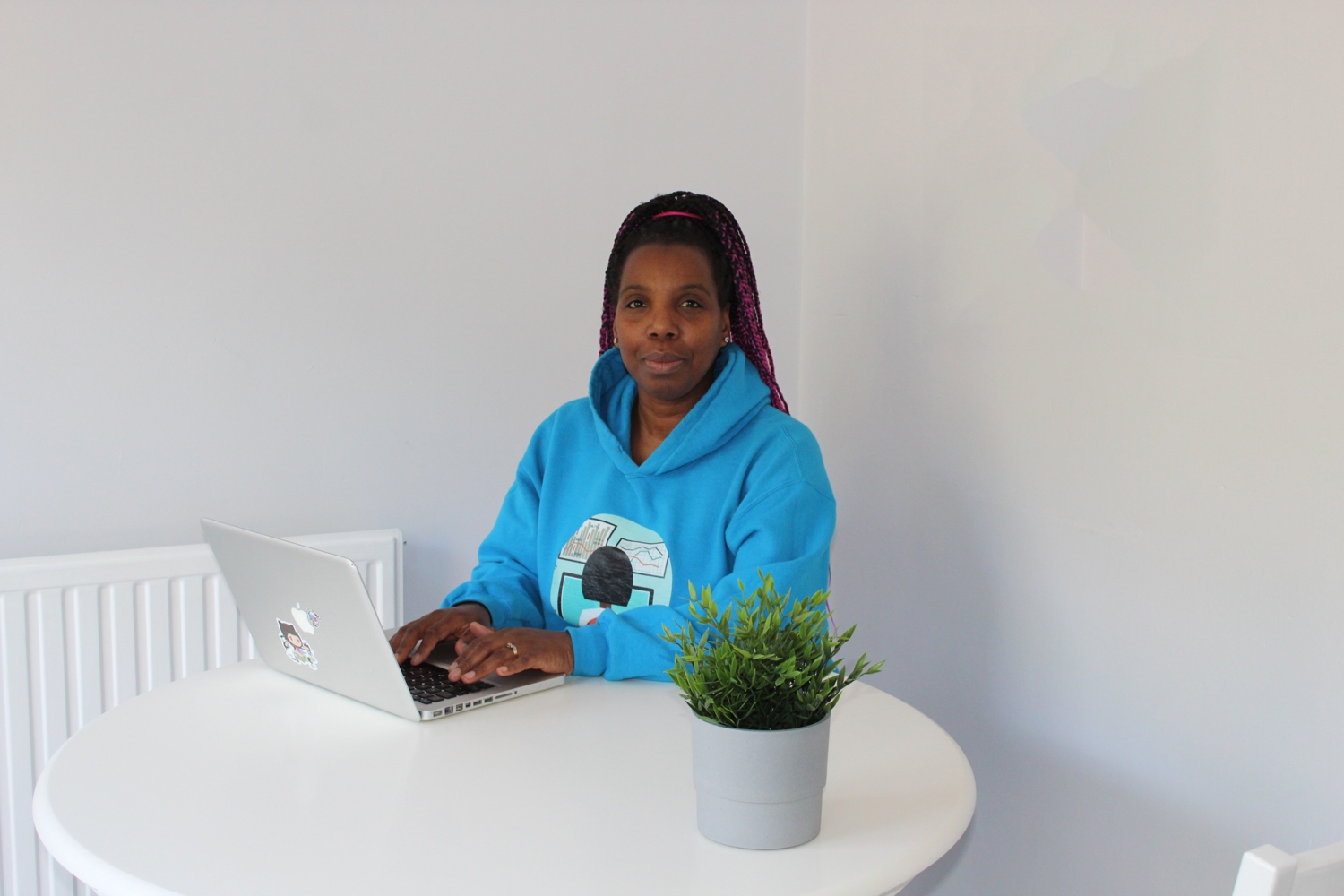 As I sat down for my first coding class at Manchester Metropolitan University in 2010, I overheard a young cocky guy behind me complaining: ‘I hope we’re not learning Dreamweaver, I’ve been doing that since I was in year 10.’

At the time, I had absolutely no idea what he were talking about and immediately felt out of my depth.

Besides the fact that I was almost 40 and could’ve been old enough to be everybody in the room’s mum, I’d worked at Royal Mail for most of my adult life – what was I thinking with such a drastic career change into a field that I knew nothing about?

Thankfully, I stuck with it and am now confident in coding and teaching other people how easy it is to learn too – no matter what background, previous jobs or skills you’ve got.

My first experience of coding was actually at school in the late 80s. I decided to take GCSE computer science as one of my classes, driven mainly by the novelty of using the school’s new IT lab.

I learnt very basic, abstract stuff and I wasn’t brilliant at it so my grade ended up being quite far down the alphabet. As soon as I left school, I pretty much forgot everything I was taught.

Then at 17, I’d regularly see postmen going past on bikes whistling along like they do, so I thought: ‘I could do that – get up early and post some letters!’ That was literally why I applied for Royal Mail, originally as a cadet, then worked my way up through the company over the next 19 years.

Over that time, I had four kids and by the end of my time there, I was working long hours and was expected to travel a lot with work. That’s when I decided I wanted something closer to home, so I took early voluntary redundancy and set up a children’s clothing shop right around the corner from my house.

Using my money from the redundancy, I opened the store in 2007 and was eventually approached by web development companies about creating a site to accompany it. I didn’t have a clue how to do that at the time, so I went with what I thought was one of the best options.

But when I decided to turn the shop into an online-only business about 18 months after first opening, I realised that the site wasn’t easy to use and I couldn’t afford a redesign so I decided to learn do it myself.

I decided to enrol in a combined honours programme for information and communications – which included learning to code – with marketing.

As a 39-year-old mature-age student, my experience was different than my classmates fresh out of college. We learnt everything from HTML (essentially the code used to build websites) to CSS (altering how things are styled on a webpage) and some scripting languages including Javascript (creating interactions) .

After my first year, I knew that I would rather be writing code than selling children’s clothes. The first time I right clicked ‘View Source’ to display the code on a website and understood what I was seeing, I felt like a genius and knew that I was definitely more suited to this than being stood behind a till.

So I started building websites for small businesses and now I also deliver digital skills training.

The rest of my time at university was invaluable – I attended as many guest lectures as possible and started going to meetups to learn more about web development and also platforms like WordPress – from all sorts of interesting people.

On my graduation day, I brought two of my children to celebrate with me while all of my classmates had their parents with them.

Through meeting other coders in things like local user groups and helping each other out, I’ve come a long way since then – and I’m still learning everyday.

I now train and support small businesses to build their websites and get their marketing messages right. I have also been a Code Club volunteer in a couple of local primary schools, teaching nine to 11-year-olds programming​.

The thing with web development is that all you really need is a couple of basic pieces of software and a laptop to get started.

You also don’t need to go to university like I did – you could learn online or go to meetups, which are often just people learning from each other. I wouldn’t be where I am today if it wasn’t for groups like these.

There’s a great meet up in Manchester called Code and Stuff, specifically for women and non-binary people to learn coding. Sometimes getting your foot in the door isn’t about the skills, it’s about the confidence to enter a room and not feel like you stand out from everyone else.

You probably wouldn’t imagine me when you think about what a coder looks like, but that shouldn’t hold you back from trying something new – it didn’t stop me.

If you’re interested in learning how to code, don’t let being older or being different from the stereotype put you off, give it a try and you might just surprise yourself.