Alabama Gov. Kay Ivey has apologized to a survivor of a racist 1963 church bombing that killed four Black girls, calling the blast an “egregious injustice,” but declining Wednesday to pay restitution without legislative involvement. Ivey, responding to a request submitted by an attorney for Sarah Collins Rudolph, said the bombing of the 16th Street Baptist Church caused “untold pain and suffering” through the decades to the victims and their families.

“For that, they most certainly deserve a sincere, heartfelt apology – an apology that I extend today without hesitation or reservation,” Ivey wrote.

But Ivey said legislators would have to be involved in talks about Rudolph’s request for restitution. “For that reason, I would propose that our attorneys – as well as attorneys for the Legislature – begin such discussions with you as soon as possible,” she wrote.

Rudolph was unavailable for immediate comment, but her husband, George Rudolph, said they had yet to receive Ivey’s letter. “I didn’t know she had apologized,” he said.

An attorney for Sarah Rudolph, Ishan Bhabha, said he and other members of Rudolph’s legal team were “gratified” by the apology and looked forward to discussions about compensation that she “justly deserves.”

Five girls were gathered in a downstairs bathroom at Birmingham’s 16th Street Baptist Church on Sept. 15, 1963, when a timed bomb planted by KKK members went off outside under a set of stairs. The blast killed Denise McNair, 11, and three 14-year-olds: Carole Robertson, Cynthia Wesley, and Addie Mae Collins, who was Rudolph’s sister.

“I heard something go boom! It was so loud and all I could do was jump and say Jesus,” Rudolph told CBS News in 2103.”And all of a sudden I began to call Addie. And I said Addie, Addie. But she never answered.” 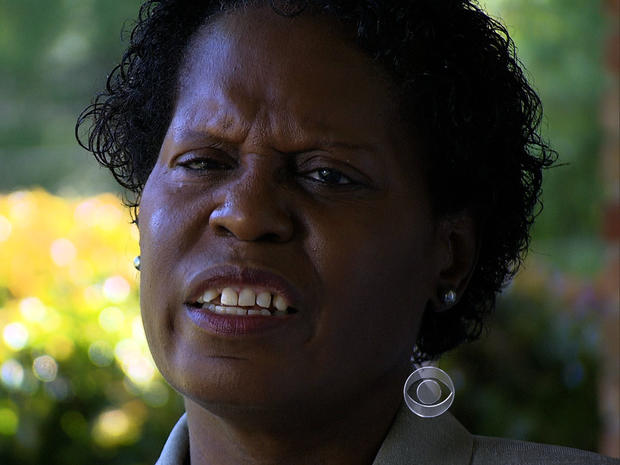 Blinded in one eye by the blast, Sarah Rudolph, 69, has spent a lifetime dealing with physical and mental pain from the bombing. Despite her injuries, Rudolph provided testimony that helped lead to the convictions of the men accused of planting the bomb.

Three Ku Klux Klan members convicted in the bombing years later died in prison, and a fourth suspect died without ever being charged.

A law firm working for free on Rudolph’s behalf sent a letter to Ivey arguing that the words of state leaders, including Gov. George Wallace, encouraged the bombing. Months earlier, Wallace had vowed “segregation forever” during his inaugural, and the bombing occurred as Birmingham’s public schools were being desegregated.

Ivey wrote that there were questions about whether the state could be held legally liable for the bombing.

“Having said that, there should be no question that the racist, segregationist rhetoric used by some of our leaders during that time was wrong and would be utterly unacceptable in today’s Alabama,” she said.

Rudolph told CBS News in 2013 said she feels no bitterness.

“Being bitter won’t bring the girls back, won’t bring my sight back. So I had to forgive because it was what God wanted me to do,” she said.