Australians have no cause to be grateful for a new deal on energy that is likely to deliver a 47 per cent increase in their electricity bills over the next two years.

It could have been worse. The federal budget forecast a 56 per cent hike only six weeks ago and Prime Minister Anthony Albanese had to use severe measures to prevent that happening.

But the emergency option unveiled on Friday – price caps on coal and gas – could not get a bigger benefit for households without inflicting real damage on energy producers. 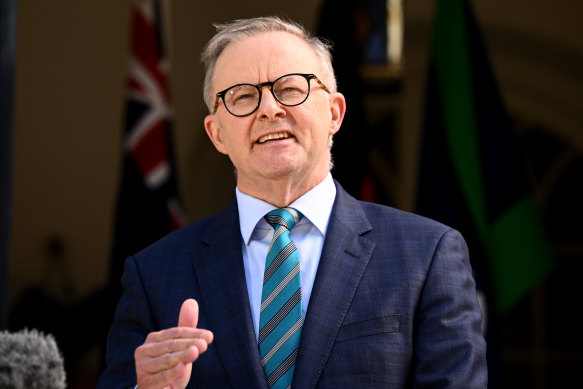 Prime Minister Anthony Albanese wrangled a deal with the states to provide discounts to household energy bills paid via the states.Credit:AAP

Negotiators in the national cabinet talks who ran the numbers on the options could not forecast a significant gain for Australian consumers from the price caps alone.

Albanese had to come to the meeting with $1.5 billion in federal funds to make sure the combined measures would curb – and, for many, actually stop – those projected price hikes.

As expected, the federal assistance goes to the power providers to cut bills before they go to households. Treasury officials believe this could ease pressure on inflation, although this assumes the industry passes the benefits on. There are no direct deposits to consumers.

The price caps are hugely divisive. Even the Australian Industry Group, which wants cheaper gas for manufacturers, thinks the caps must be phased out as soon as possible. The Business Council of Australia says they will send the wrong signal to investors. Woodside, one of the biggest gas producers, says caps will destroy confidence.

So this was a big call by Albanese. It does not take on coal miners and gas producers in the way Labor did a dozen years ago with its resources tax, but it does risk a backlash. The move to legislate the control on gas prices, in particular, goes harder than the previous government in driving down costs for Australian manufacturers.

There are three broad weaknesses in the deal. The first is that the impact on prices is so modest. Australia, one of the world’s biggest producers of energy, cannot shield its citizens from global energy prices. Households that do not share the $1.5 billion will suffer the higher prices.

The second is that it is temporary. What can voters expect after 12 months? The aftershocks from the Russian invasion of Ukraine are not likely to end soon. The energy price challenge is not short-term.

The third is that it does not change the structure of the dysfunctional energy sector – a business blighted by overlapping federal and state control and torn by the conflicting calls to use more gas, accelerate the use of renewables, achieve climate targets or put a priority on energy security. 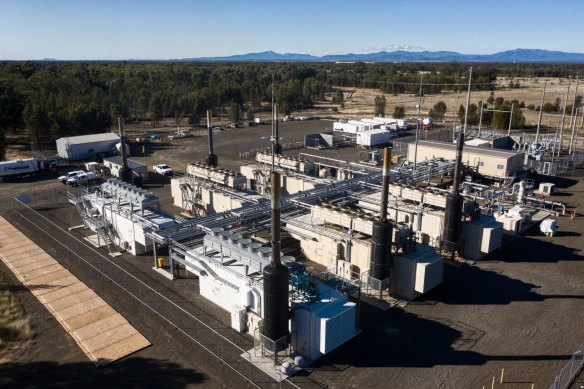 Wilga Park Power Station, west of Narrabri, is a gas-fuelled power generator by Santos in operation for 18 years.Credit:Nick Moir

Energy ministers reached a worthwhile deal on Thursday to support reliable power from hydro and renewable sources – backed by batteries, for instance – but NSW wants the Narrabri gas field to go ahead. This project now has to be planned in a world where the $12 price cap on gas might be extended. The argument between fossil fuels and renewables is not over.

For now, there are useful gains for manufacturers who will be spared a brutal rise in gas prices. There are gains for big electricity users, also spared greater price hikes. But the biggest winners are those who benefit from the $1.5 billion. In this policy mess, nothing could work like cold, hard cash.