Alex Rodriguez hangs out with ex-wife after J.Lo split

We tried Alex Rodriguez’s makeup for men, and here’s our honest review

Bennifer who? A-Rod flashes huge grin while out in New York

Alex Rodriguez is continuing his search for the perfect bachelor pad following his split from Jennifer Lopez — and that includes Katie Holmes’ fancy Manhattan apartment building, Page Six has confirmed.

On Sunday, A-Rod — who we’re told has never met Holmes — was seen leaving the swanky downtown building where the “Dawson’s Creek” star and her teen daughter, Suri Cruise, live. His appearance sparked rumors he was there to visit Holmes, who recently split from restaurateur Emilio Vitolo Jr.

But Holmes’ rep told us of the actress and A-Rod, “They have never even met.”

A source close to A-Rod added: “Alex is looking at lots of different apartments, he didn’t even realize it was Katie’s building — he’s never met her.”

As The Post revealed, the former Yankees slugger is hunting for a new home months after his shocking split from Lopez.

While A-Rod has been looking in Tribeca and the Upper West Side, we’re told that he has now opened up his search around the city. 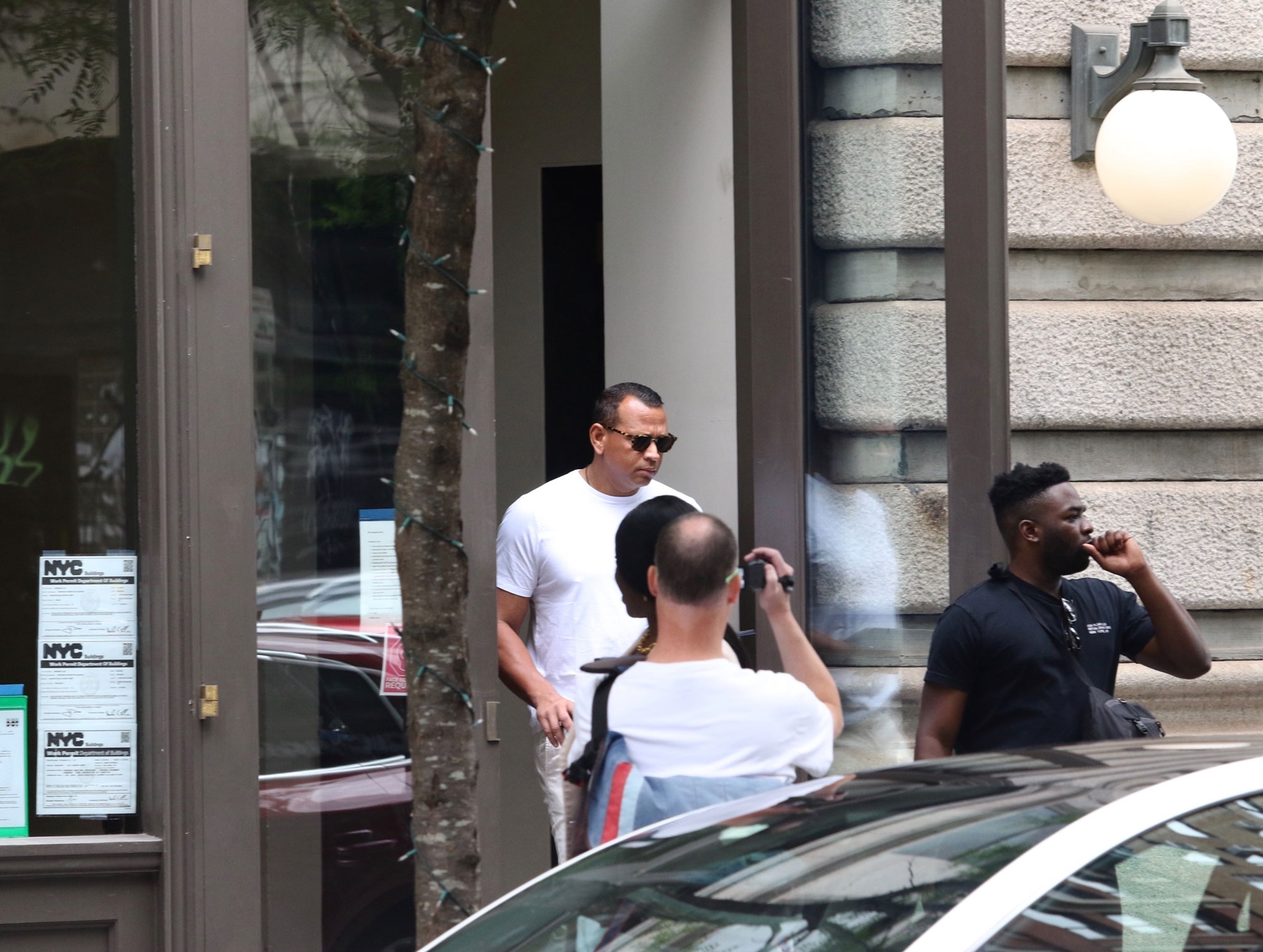 As J.Lo and Ben Affleck’s rekindled romance continues to heat up, A-Rod posted a collection of photos with one of his past loves, ex-wife Cynthia Scurtis, over the weekend.

Rodriguez — whose broken engagement to Lopez in April was quickly overshadowed by rumors she and Affleck had revived their relationship — told fans via Instagram that he, Scurtis and others had completed a 54-day fitness challenge.

“Cynthia is a world class mommy to our girls … wrapping ice though?!?!?! LOL,” he captioned an Instagram Story photo of Scurtis wrapping his leg.

Despite their friendly relationship now, Scurtis famously cited allegations of infidelity when she filed for divorce, claiming their relationship was “irretrievably broken because of the husband’s extramarital affairs and other marital misconduct.”

Rodriguez and Lopez, 51, meanwhile, dated for four years before they confirmed the end of their engagement in April.