ALEXANDRA SHULMAN’S NOTEBOOK: It’s time for hermits to get the party mojo back

There are two more weeks till Freedom Day – the moment when we should be able to get our lives back to something like the way they were before.

Looking back across the last 16 months, I’m relieved to say my family has been lucky. No serious illness – touch wood.

Nothing much has fundamentally changed other than constant frustration, familiar to everyone, at being told we couldn’t see the people we wanted, when we wanted or visit places as and when we wished.

We had been working from home previously for several years. We didn’t decamp to the countryside. 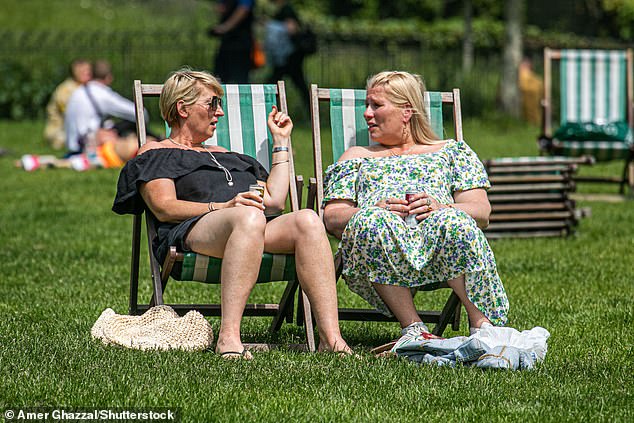 Those who have turned into social hermits will find their party mojo again once they see others going out and having a good time. People are seen relaxing in Green Park, London this weekend

We didn’t have school-age children with their education suddenly our responsibility. My chief concern early on was being unable to see my mother until household bubbles came into being.

Now I just crave a return to normality. No more bubbles. No more masks. No more restrictions. That’s not how everyone sees it though.

Suddenly people are telling me that they’re not sure they want to go back to how things were before. Those who left the city are not planning to return full-time. They now find the metropolis too stressful, dirty and demanding. Even the pavements hurt their feet.

Others have enjoyed not having a busy social life – their solitude allowing them to binge on box-sets. Some don’t want to go through the hassle of holidaying abroad and are vowing they’re never taking a plane again.

Let’s see. I’d put money on the fact that many of these attitudes will flip back after a year of the world opening up again. The memory muscle will flex and those now saying they can’t imagine why they ever enjoyed city life will remember how great it is to have a wealth of exhibitions, plays, shops and restaurants so easily available.

Those who have said they are happy not to buy any new clothes will start to crave the pleasure of dressing up and looking good. Those who have turned into social hermits will find their party mojo again once they see others going out and having a good time.

Covid has limited our daily existence and experiences in ways we couldn’t previously have imagined. It’s taken centuries of progress and the freedoms of Western democracy for so many of us to have such rich and interesting lives. Are people really so over-indulged that they don’t want them any more? 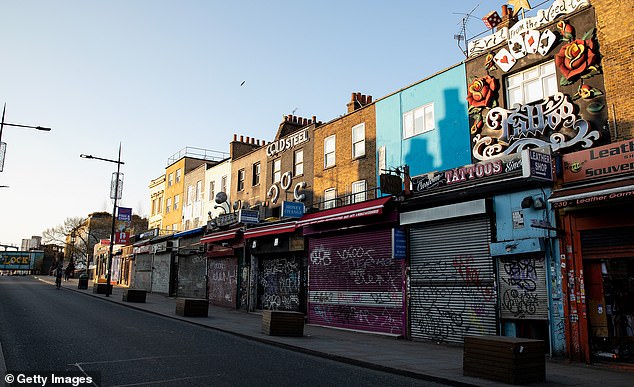 Those who left the city are not planning to return full-time. They now find the metropolis too stressful, dirty and demanding. Even the pavements hurt their feet. Camden High Street in London is seen above in lockdown in March 2020

I entered a den of beasts… and lived

‘Everything is copy’ was the mantra I chanted as I entered the Paddington bunker that is the GB News HQ for an interview with their afternoon sofa team of Simon McCoy and Alex Phillips.

Me, a wishy-washy West London anti-Brexit liberal walking into the den of Right-wing beasts that the station has been cracked up to be. Was I mad?

Having watched it since the launch – complete with technical failures, bad syncing and the pretty dire level of ads – I was sceptical about its prospects, though ready to give it a go.

My first surprise came on arrival. The swanky set – think smart provincial hotel lounge – is several steps up from some of its rivals. And, curiously, in the studio they don’t suffer the same sound troubles we get on our screens at home. Maybe Sky and the BBC have planted gremlins.

I understand why GB News has fans. There’s a naturalness and ease which is chatty but not foolish, and it certainly sounds distinctive. As the weather forecast failed to materialise, McCoy dismissed the glitch with a breezy ‘Seen one weather forecast, seen them all!’

The appearance of Danny the used-car dealer arguing that his West Midlands customers wouldn’t touch electric vehicles and didn’t give a monkey’s about their carbon footprints was everything we have been led to expect.

But he was preceded by a less predictable climate-change buff who explained articulately why governments consistently fail to get green initiatives right.

Best of all, if you’re a guest they don’t subject you to hideous hair and make-up.

GB News has a long way to go, but I wouldn’t write them off just yet.

What it is about our hairs to the throne?

I can just about take the tie and jacket that Prince George wore to the England versus Germany match. But I draw the line at that severe side parting. What is it with the Royal Family and those throwback hairstyles?

Surely there are enough pictures of Prince Charles as a young man saddled with that deeply unattractive hairdo to have ensured that it shouldn’t survive into a third generation?

I have a feeling that Archie in Montecito won’t be sporting one.

From West Coast chic to a total mess

Forgive my moment of Gap nostalgia now that the company is closing all of its UK stores.

Back in the 1980s, before the brand arrived here, a Gap T-shirt was precious bounty you would ask friends to bring you back from the States. They had an easy and utterly covetable West Coast chic.

Then Gap opened in London and we rushed there. Tubes and buses were filled with black-and-white photographs of real people wearing their white T-shirts and looking coolly, attainably glamorous.

The stores were clean and airy, with endless variations on a theme: simple, desirable basics. Just being in them, with their sumptuous piles of jeans and chinos, made you feel that all-American positivity. Until it didn’t.

But don’t be fooled into thinking Gap’s collapse proves the high street is doomed. Zara, Muji and Uniqlo are all examples of chains where we still love to shop. Many people still prefer not to get their clothes online. Gap stores failed not because we no longer want to visit shops – but because theirs became unoriginal, messy spaces with too much choice and none of it good. 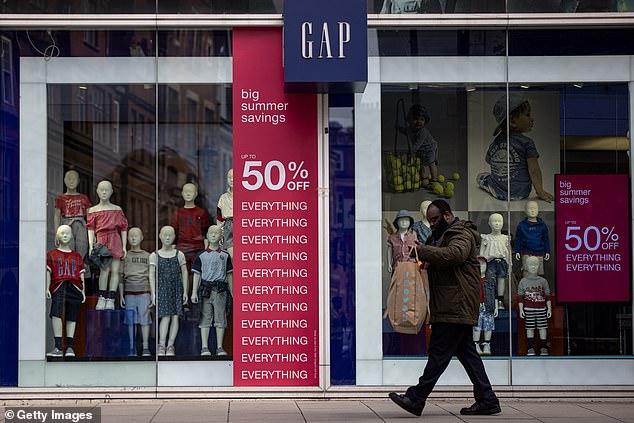 Golden girl Emma is on to a winner

New British tennis star Emma Raducanu’s Wimbledon performances will have brought her to the attention of the world’s talent agencies. With her great game, easy chatter and her mixed-heritage beauty – a Chinese mother and Romanian father – she’s the perfect role model for right now.

In contrast to Naomi Osaka, who pulled out because she felt uncomfortable with media demands, Emma – her win yesterday put her into the last 16 – is clearly enjoying the limelight. How refreshing.