Whenever Penny Petridis knocked on clients’ doors, she was greeted with a tone of surprise.

"They would say to me 'Oh, you’re a female tradie', and it would take 20 or 30 minutes to even get past that stage before we could get into work," Petridis said. "'Are you going to be able to do it?' they’d ask. You had to prove yourself." 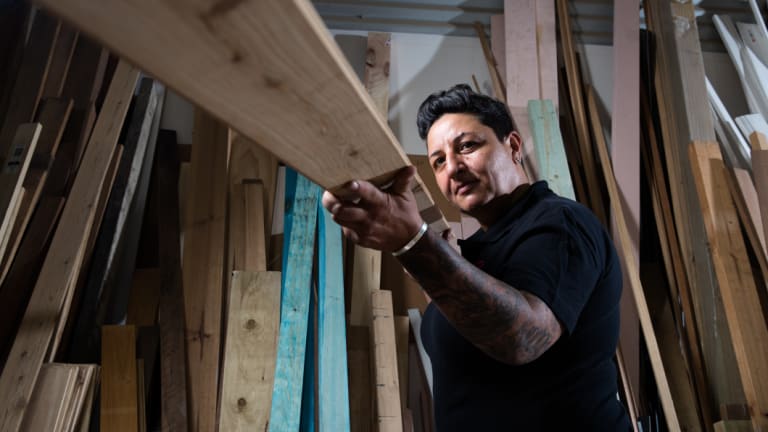 Carpenter Penny Petridis’ festival workshop will empower women ‘to not be scared to get amongst it and give it a go’.Credit:Janie Barrett

The Sydney carpenter soon named her business the Female Tradie, and she is now focused on equipping women with the "handyman" skills to do their own maintenance work.

"It’s basically empowering women to not be scared to get amongst it and give it a go," she said.

Petridis will lead a carpentry workshop at the All About Women festival at the Sydney Opera House in March next year as part of a program that pairs community-building activities with its sit-down talks.

Her workshop is one of the festival’s more interactive offerings, alongside a live podcast hub and 'conversations with feminists' – a three-hour rotating conversation in the foyer that will invite speakers and audience members to discuss their thoughts with one another.

Festival director Edwina Throsby hopes these events will allow the 2019 audience to participate "in a much more active way".

"It's a fantastic opportunity for people to step out of the theatres and into a space where they can talk to other festival goers and make connections," she said.

The program's interactive elements accompany a move away from high-profile speakers in 2019. Throsby's focus for next year's festival is unearthing new voices and highlighting global issues. 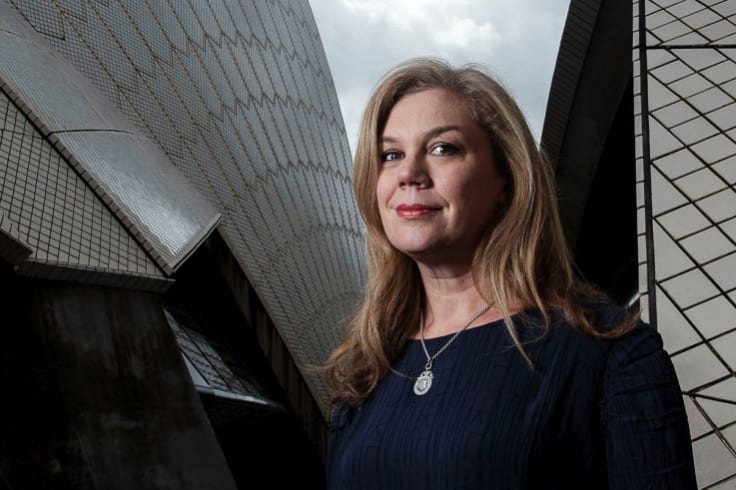 Edwina Throsby hopes All About Women attendees will look at things in a different way after next year’s festival.Credit:Christopher Pearce

"To have that as a theme across an entire festival is something we've not had before," Throsby said. "People get locked into what they know … and there does inevitably tend to be a focus on your own community."

The talks program will feature a panel about underground resistance in the Arab world curated by Arab-Australian activist Sara Saleh, Chinese-American journalist Leta Hong Fincher on China’s 'feminist five' and US author Sarah Smarsh on how intergenerational poverty affects women in America.

Ayishat Akanbi, a British fashion stylist and cultural commentator, will bring her ideas about "wokeness" and "call out culture", while Jamaican-born journalist Joan Morgan will talk about "hip-hop feminism" and the cultural legacy of The Miseducation of Lauryn Hill.

And after eight years, Throsby also says that the festival "has evolved to the point where we can invite some men in".

The Bachelor host Osher Gunsberg will sit alongside feminist commentator Clementine Ford on a panel called "Man Up" and discuss what "makes a good man".

"I really hope people walk away having heard things that they haven't heard before, having been given the opportunity to look at things in a different way or unearth aspects of the global movement that they didn't know existed," Throsby said.