HIGH streets are set to buzz with shoppers again when non-essential retailers reopen from Monday, April 12.

Stores will be able to welcome back customers under the second stage of the Prime Minister's four-step roadmap for lifting lockdown. 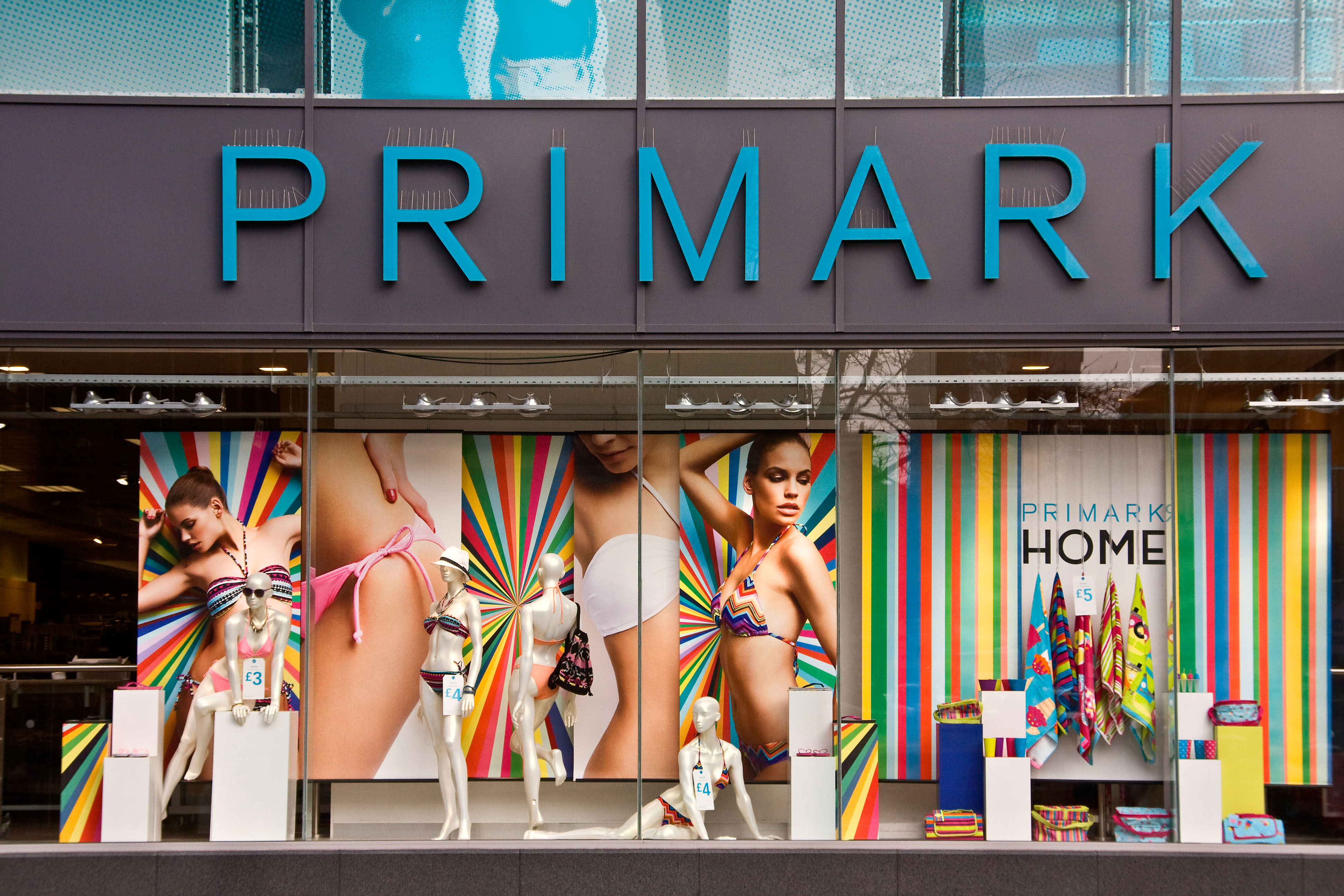 Clothes and homeware retailers are among those that will be able to open their doors again, Boris Johnson confirmed this week.

The PM said the country was able to move forward with plans to reopen thanks to the efforts by Brits to follow lockdown and the success of the vaccine roll out.

Primark, Next, New Look and John Lewis are among the retailers that will open doors again from next week.

Shops which don't sell essentials have been closed since January 4, when the third lockdown was introduced.

Boris Johnson’s staged approach for exiting lockdown will depend on the data and there will be four tests for lifting lockdown measures:

It's the third time in a year that shops have been ordered to temporarily shut – before January's lockdown, they closed in November for the second national lockdown in England.

But not all businesses are able to reopen from tomorrow, while sadly some have closed down indefinitely.

Here's what to expect of those eager to throw open their doors once again for customers on Monday:

Dunelm told The Sun it is planning to open all stores from April 12.

The homeware retailer does not have any current plans to keep stores open for 24 hours.

Shoppers can still shop online at Dunelm while lockdown continues, for home delivery or click and collect at some locations.

You can check the opening times for Dunelm stores when it does reopen using its online store finder tool.

John Lewis has said it is planning for the reopening of stores according to the government's roadmap.

That means they will reopen on April 12.

The department store previously said in a statement: "Following the Prime Minister's announcement… we will start to plan for the reopening of our John Lewis shops in England.

"We will await further guidance from the devolved administrations for those John Lewis shops in Wales and Scotland."

John Lewis closed its doors in January under lockdown rules, and later said it would also suspend click and collect to encourage shoppers to stay at home.

The retailer then brought back the service at John Lewis stores at the end of March.

Shoppers can also still buy online for home delivery while lockdown continues, or collect their order from their nearest Waitrose store.

You can check the opening times for John Lewis stores when it does reopen using its online store finder tool.

Timeline for businesses reopening after lockdown

PRIME Minister Boris Johnson has outlined his roadmap for easing England out of lockdown.

Businesses will be allowed to reopen on the following dates, as long as the "four steps to freedom" are met.

Primark will reopen 153 stores in England on April 12 and it's set to include longer hours. It will then reopen its 20 shops in Scotland on April 26.

It is unclear when branches in Northern Ireland and Wales will reopen.

When the high street favourite opened its doors again after the last lockdown lifted in December some Primark stores were open for 24 hours.

Shoppers have been unable to get hold of bargain clothes from Primark during this lockdown and previous ones.

At Argos, customers have still been able to shop online during lockdown.

Stores have been closed except for picking up online orders via click and collect since January when the latest lockdown started.

The high street brand will be able to open its doors to shoppers from April 12 under the roadmap plans.

It has not announced any plans yet for reopening but we'll let you know when they do.

The retailer said that safety remains a priority and that it continues to follow government guidelines – and it will keep customers and staff updated on its plans.

Clarks stores are also closed because of the latest lockdown restrictions – but you can still shop online.

The good news is parents can pick up new school shoes in person soon.

The shoe shop will reopen all Clarks stores open when they are legally allowed to – so in England this is April 12.

There will be normal opening times at Clarks stores. You can find out when these are for your local branch using its online store finder tool.

H&M stores remain closed because of lockdown, but under the roadmap will open when allowed.

That means H&M stores could open from April 12.

A spokesperson previously told The Sun: “H&M continues to follow all government guidance across all regions of the UK and Ireland.

"We look forward to reopening once we have confirmation from the government we are able to do so.”

In the meantime you can still get your fashion fix by shopping with H&M online for home delivery until lockdown is lifted.

JD Sports stores have been closed since the start of the the third national lockdown in England.

The sports chain is offering click and collect from selected stores, or you can still order online for home delivery.

JD Sports will open on April 12 in line with government guidelines and with safety measures in place like social distancing.

The sports store will have extended opening hours at some shops where it's allowed to based on local council and landlord rules.

This could include 24 hour opening in locations where there are shoppers overnight.

Some Marks & Spencer stores have been open during lockdown because they sell food, and are therefore considered to be essential.

But M&S branches that only sell clothing, homeware and beauty products are closed for now, in line with the latest government restrictions.

The retailer has confirmed these will reopen in line with government guidance, and it's working on plans in line with the roadmap.

That means these stores should open their doors on April 12.

Shoppers can still buy online for home delivery and click and collect before lockdown ends.

You can check if your local M&S is open using its online store finder tool.

When the previous lockdown was lifted last year, M&S opened stores for longer in the run-up to Christmas.

TK Maxx will be welcoming back customers from Monday, although it hasn't confirmed how many stores will open.

The retailer has 349 stores across the UK, of which 307 stores are located in England and Wales.

To help keep staff and customers safe, TK Maxx has installed hand sanitiser stations at the entrances of all its stores.

Shoppers must also wear face masks and there'll be a limit to the number of customers allowed into a store at any time.

If you're buying clothes, keep in mind the fitting rooms will remain closed, despite Government guidance saying they can reopen from Monday.

Here are 20 products you can expect to find in store next week.

AN increasing number of retailers are currently allowed to open, they include:

New Look stores are closed during lockdown but you can buy online from its website.

Like other non-essential retailers, it will be allowed to open its doors again to shoppers from April 12 under the government's roadmap.

New Look told The Sun it plans to open all stores in England on this date.

It added it currently has no plans to open for 24 hours in any location.

Next is closed under the lockdown rules, but has let people pick up online orders made online from some stores with click and collect.

You can check which services are available at your local store using Next's online store finder.

Next plans to open its stores on April 12 with normal opening hours.

Exactly when these are will depend on the location and store type.

Shoezone is among the non-essential shops closed under lockdown restrictions – but you can order online for home delivery.

The retailer will reopen in line with the government's guidance, so that means April 12 if everything is on track.

You can check your local store's opening times with it's online tool.

Sports Direct is closed under the current lockdown rules but could be allowed to open from April 12.

Fraser Group, which owns brands such as Sports Direct, House of Fraser, Game and Jack Wills, told The Sun it plans to open all stores on April 12 in line with government guidance.

However, it added that while it plans to open as quickly as possible, the safety of its workers and customers is "paramount".

For now, you can still shop online with Sports Direct for home delivery or click and collect at some stores.

You can check the opening times for your local store on the Sports Direct website.

Toy chain The Entertainer plans to reopen all stores in England on April 12.

It told The Sun it currently has no plans for extended opening hours.

The Entertainer is also yet to announce when stores in Scotland and Wales will reopen.

In November, The Entertainer temporarily closed seven of its England shops due to lockdown – but the rest offered click and collect.

In England, Boris Johnson has also announced that hairdressers will open from April 12 along with gyms.

Working from home measures will remain in place until at least June.