There’s hope for Gary and Maggie! HL got EXCLUSIVE season 4 scoop from James Roday Rodriguez about what’s next now that Gary and Maggie are going on a road trip and the impact of Gary finding that post-it.

The A Million Little Things season 4 midseason finale ended with Gary accompanying Maggie on a journey to Albany. Earlier in the episode, Liam holed up at Gary’s place, and Gary had a heart-to-heart with Stephen about Darcy. As he was going through some of his things, Gary found Maggie’s “I’m in” post-it note. The universe does have a way of telling us things, after all. HollywoodLife spoke EXCLUSIVELY with James Roday Rodriguez about what this road trip could mean for the former couple.

“Well, what happens in an Audi generally stays in an Audi, and Gary drives an Audi,” James joked. “I think it’s probably impossible for those two to spend that much time together in a confined space and not have something happen. I think they both know that on a pretty fundamental level when they both agree to get in that car. I think doors are being opened or at least left ajar at that point.” 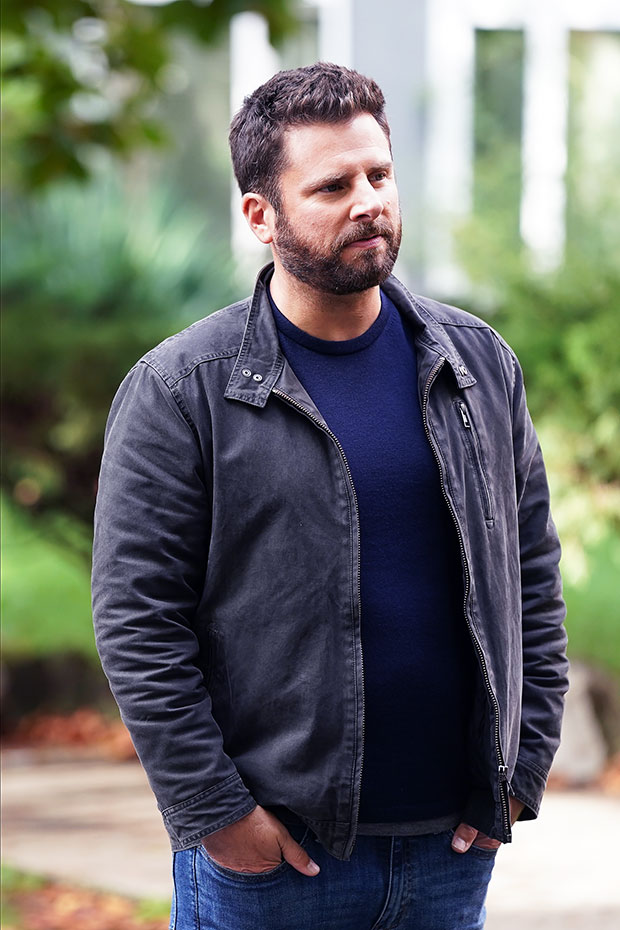 James agreed that Gary finding the post-it again was definitely a sign to him about Maggie, especially after Gary had told Stephen that the universe finds a way to make things happen if two people are meant to be together. “I’m guessing that he’s probably going back in the Maggie direction now that he’s rediscovered the post-it,” James said. “These people are incapable of breaking away from one another and actually healthily starting fresh. They can’t get away from the friend group. I think that’s probably where his head’s at when he says all that stuff.”

However, Maggie does have a boyfriend in Cam Lamoureux, so that could provide complications for Gary and a possible reunion with Maggie. “He’s not just any boyfriend, right? He’s NHL leading scorer Cam, who is a personal hero of Gary’s,” James told HollywoodLife. “It would be like me walking in and discovering that my ex-girlfriend was dating Val Kilmer. That’s what that moment is for Gary. It’s a lot to digest, and it’s a lot to navigate. But I’ll tell you what Cam doesn’t have on Gary is a cancer support group church bathroom meet-cute. He doesn’t have that.” 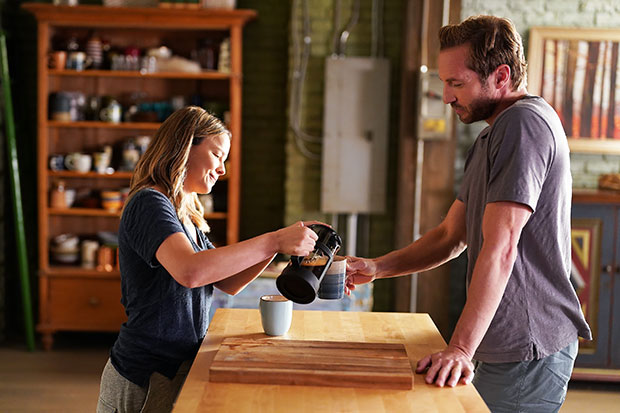 During his conversation with Stephen, Gary didn’t harbor any bad blood about how things wound up with Darcy, who is now pregnant with Stephen’s baby. HollywoodLife asked whether or not Gary still has some baggage when it comes to his ex.

“I think it’s tough when you make plans to start a family with someone, blow it, and then find out that she’s with child and that the only way that could have happened is basically for her to have said goodbye to you, go directly to bed, and make said baby,” James noted. “It’s a tough blow. It’s definitely a kick to the manhood and the ego. I would imagine that’s kind of staying for a while. But, you know, Gary, he’s sort of a self nihilist. He tends to put himself in situations that are as inconceivably awful as humanly possible so that they hurt to the max.” 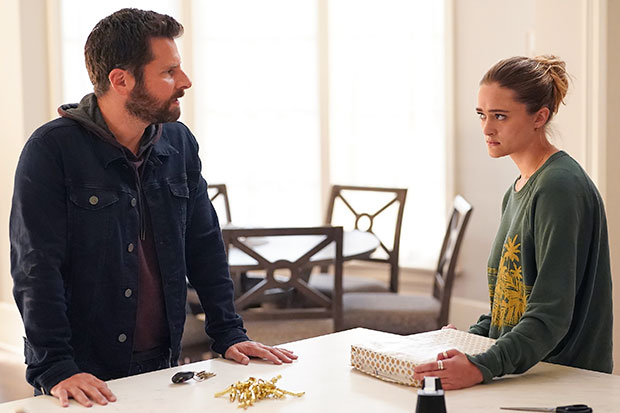 “That was a pretty special relationship on the show,” James said. “I think Gary’s relationship with both Danny and Sophie probably means as much to him as his relationship with the other adults because of that time they spent together and the extenuating circumstances. I think the fact that he messed up as epically as he did and knows that that choice was going to come with consequences, it’s kind of put him in a position of having to accept that this is what he did, and he’s not going to be able to change it. And if she never wants to talk to him again, she never wants to talk to him again. He was misguided, but the road to hell is paved with good intentions. So, progress? I don’t know. I mean, it’s a mixed bag, right? I think because we feel bad for everybody. We want it to somehow work out, but that’s not generally the way it goes in real life. When you make a mistake of that magnitude, you have to allow for the possibility that that relationship is over. I think it’s about that balance. It’s the reality versus what we wish for. And in this particular case, it may be that reality wins out and that’s sad. But the good news is, there’s nothing else sad on our show.” A Million Little Things season 4 will return in 2022.