Andrei Bitov, a Russian writer whose work, whether elaborate travelogue or intricate novel, was full of insights into his country’s history and literature, died on Monday in Moscow. He was 81.

The Russian chapter of the writers’ group PEN International, which he helped found, announced his death on its website. Mikhail Epstein, Mr. Bitov’s friend and the Samuel Candler Dobbs professor of cultural theory and Russian literature at Emory University, said the cause was heart disease.

“Bitov is justly considered a founder of Russian postmodernism, a vast and still influential movement,” Professor Epstein said by email, “especially in his masterpiece novel ‘Pushkin House,’ which explores the complex relationship between the author and his hero.

“Bitov,” he added, “introduced into Russian literature the most subtle nuances of self-reflective existence, and the multiplicity of narrative frames and points of view. In this respect he can be compared only with Vladimir Nabokov.”

The story involved a literary institute in Leningrad named Pushkin House and a philologist there, and through that character’s study of texts, Mr. Bitov invoked great Russian literature of the past and fashioned a critique of Soviet life and culture. David Remnick, reviewing the book for The Washington Post in 1987, when it was published in English, noted that unlike many other Soviet writers, Mr. Bitov had not fled to the West or been exiled.

“So great is the success of exile literature,” Mr. Remnick wrote, “that one is left wondering: Are there any writers of the first rank left in the Soviet Union? The publication in English of Andrei Bitov’s extraordinary novel ‘Pushkin House’ not only answers the question in the affirmative, it brings to American attention a work of prose that stands with the best of modernist fiction.”

Andrei Georgievich Bitov was born on May 27, 1937, in Leningrad. His earliest memory, he said, was of being in the midst of the siege of that city by the Germans in the 1940s, during World War II.

“Suffering did not mean being hungry, it meant starvation,” he told The Post in 1988. “But it seems to me the real suffering was for my mother, who couldn’t stand the starvation of her children.”

In 1942, Andrei, his mother and his brother were evacuated to the Ural Mountains region, where his father, an architect, was working. The family returned to Leningrad after the war, and Andrei began to find pleasure in an uncle’s vast book collection. Reading Charles Dickens’s “The Pickwick Papers” was especially revelatory.

“It was a moment when, without realizing it, I was already writing,” he said. “I actually felt the pleasure of writing ‘The Pickwick Papers.’ ”

In the mid-1950s Mr. Bitov enrolled in the Leningrad Mining Institute, falling in with some other aspiring writers there. He was eventually expelled for spending too much time on poetry and not enough on geology. 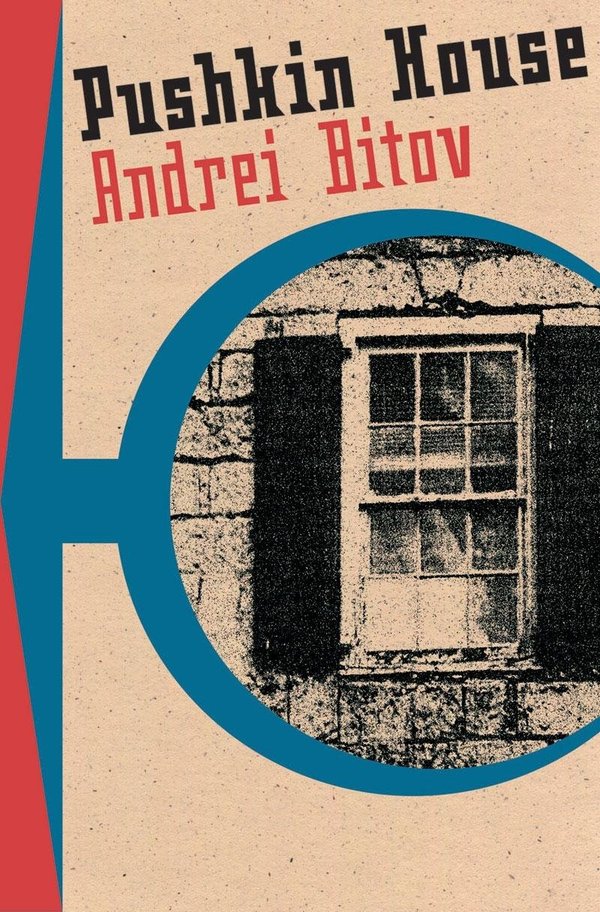 After that he held an assortment of jobs, including stevedore and construction worker, served in the Soviet army and later returned to the institute, still somewhat inattentive; he began writing prose during lectures. He graduated all the same, in 1962.

By 1960 Mr. Bitov was publishing short stories, a collection of which appeared in 1963. “Lessons of Armenia,” a book about his travels to that region, appeared in 1969. (It was one of two travel memoirs published in English in 1992 under the title “A Captive of the Caucasus.”)

Mr. Bitov incurred official wrath in 1979 by helping to edit and contributing to the Metropol Literary Almanac, a collection of uncensored poems, stories and other writings, many by well-known authors. It was offered for publication in the West at the same time that it was offered for publication in the Soviet Union, a move that was considered a challenge to authority. (It went unpublished in the Soviet Union.)

But while other writers in this period were being told to leave the country or were doing so on their own, Mr. Bitov stayed.

“For me there was never really any question of leaving, maybe because of my connection with my family, which is strong and complicated,” he said. “It surely was not some great patriotic idea. But such things as leaving were dreams, never thoughts.”

Mr. Bitov once spoke of the unusual sensation, after the Cold War had thawed, of re-encountering writer friends who had left the country while he stayed.

“I never thought that I would see these people again, and they thought the same,” he told The Post. “It seemed only natural, as if I were in paradise and everyone gone from life was coming back to me. I felt as if I walked a little farther, I would soon see the shade of my grandfather.”

By the mid-1980s he was again being published at home, and then the cultural thaw under Mikhail S. Gorbachev came.

Mr. Bitov helped found the Russian chapter of PEN, a group that advocates freedom of expression, in 1989. In 2000, the group, with him as president, hosted the International PEN Congress, amid some controversy. Russia was at war in Chechnya, and even though the Russian chapter had vigorously protested the war, some PEN members felt that the conference should not be held in a country engaged in repression.

“We in Russian PEN have become hostages of East and West at the same moment,” Mr. Bitov complained.

He said all Russians were being tainted by the actions of the government.

“I, too, am outraged by the war in Chechnya, but now the word ‘Soviet’ is being replaced by the word ‘Russian,’ and I also don’t like it,” he said. “What I don’t like is that as a private person I was made to feel responsible. There is a kind of snobbism to some of the criticism.”

Information on his survivors was not immediately available.

Mr. Bitov’s books can be tough sledding, with nonlinear narratives, chapters that seem not to connect to one another, and obscure historical and literary references. Robert Taylor, reviewing “The Monkey Link,” which Mr. Bitov called “a pilgrimage novel,” in 1995 in The Boston Globe, had this advice:

“To follow the pilgrimage requires a specialist’s knowledge of Russian history and literature. Western readers lacking background should proceed at once to the enlightening commentary and notes of the translator Susan Brownsberger.”

Yet a persistent reader might find rewards. In 2014 The New Yorker, calling Mr. Bitov’s “The Symmetry Teacher” “an ingenious, often maddening series of echoing tales,” said that “bizarre and wonderful sequences await readers with a taste for vertiginous postmodern mayhem.”