The Bravo host describes his experience in the delivery room.
Time

Parent shamers take no days off, and they’re coming for Andy Cohen once again — this time it’s over the Bravo host’s dog, Wacha.

The new father recorded a video of his dog Wacha laying next to a chewed up stuffed toy.

“Did you just eat my son’s stuffed Torah that the Rabbi gave him?” Cohen playfully asks his pup. “Did you want to explain to my son what you did?”

Apparently not everyone thought Wacha’s antics were something to be laughed off. The “Watch What Happens Live” host took to Instagram stories and said he was being bombarded with responses.

“OK, flooded with DMs from people saying I’ve got a big problem on my hands — Wacha’s jealous of my son,” the 50-year-old dad said. “Wacha didn’t know that the Torah toy, we’re talking about a Torah toy, belonged to the baby. He just had his eye on a purple (expletive) toy and he wanted to rip it apart. It’s not that deep. Stand down. Everything’s fine in the West Village.”

In another clip, Cohen asked that his followers back off. 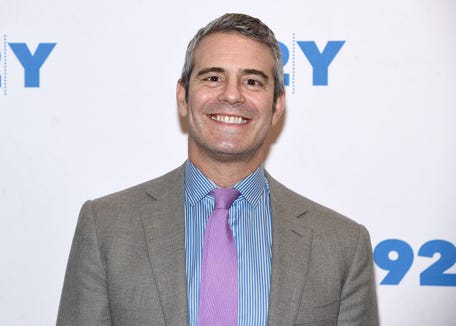 Cohen became a dad on Feb. 4 when his son, Benjamin Allen Cohen, was born via surrogate.

This wasn’t the new dad’s first run in with parent shamers. Last week, Cohen was criticized for taking his newborn on a private plane, with some followers stating it was too early for an infant to be traveling.